The Viper Mini is a small, super-affordable gaming mouse with some standout features, guaranteed to make for a quick and agile addition to your gaming setup. And with Synapse 3 and great Chroma lighting also, the Viper Mini looks to be the very best option at this price

Some of the best things in life are mini: the Mini Cooper, Cadbury’s Mini Eggs and Dr Evil’s Mini-Me just to name a few. Gaming-peripheral brand Razer has clearly caught on after launching the Viper Mini.

The Razer Viper Mini is – as the name suggests – a smaller version of the standard Viper wired gaming mouse, with the reduced weight and size theoretically allowing for easier and quicker movement.

And since it also comes with a bargain price at £39.99, it looks to be one of the best value-for-money gaming mice of this year already.

From the outset, the Viper Mini does what it says on the tin. While it’s marginally taller than the standard Viper at 38.3mm, it’s also 4mm narrower, bringing the weight down to a dainty 61g.

Despite its smaller size, the Viper Mini still looks great. It’s still got the signature aggressive lines that all of Razer’s mice have, along with the Viper name. Moreover, the typical hard plastics the Viper Mini is made of make it comfortable and sturdy, even with that unexpectedly lower weight. 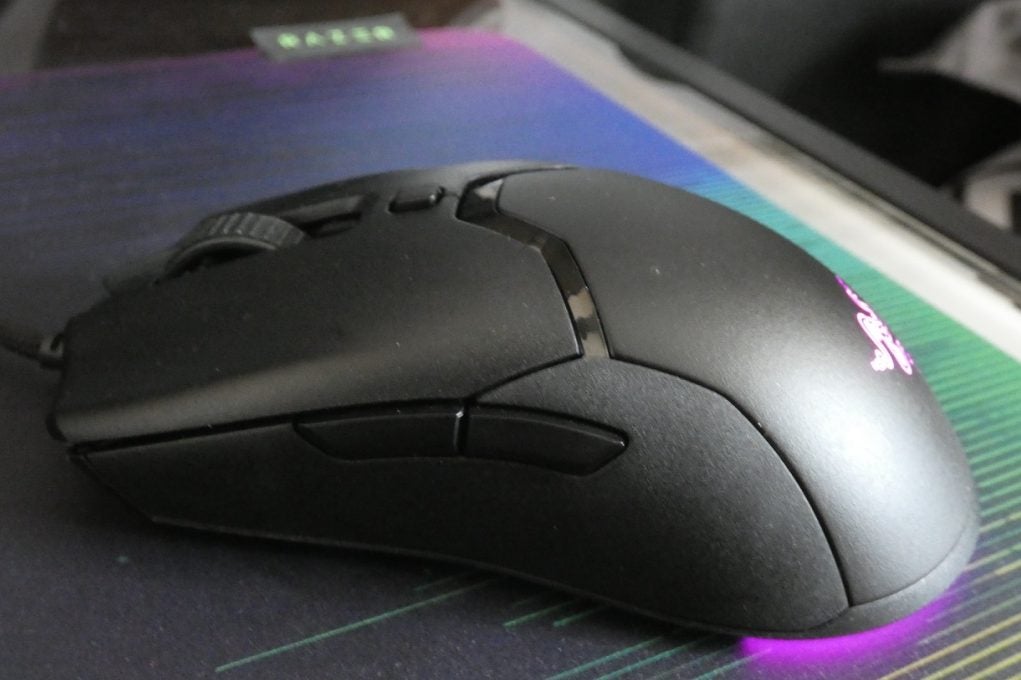 The Viper Mini offers six programmable buttons, which are nicely tactile and firm to the touch. While there’s a lack of rubber side grips that could make the Viper Mini even more comfortable and ergonomically-minded, its overall shape – especially being an ambidextrous mouse – makes it rather nice to use.

By weighing so little, the Viper Mini’s ability to glide is unparalleled, and comes with the inclusion of Razer’s Speedflex cable, which is specifically designed to minimise drag for a more rewarding gaming experience.

Despite its size, the Viper Mini offers a fantastic gaming experience. With its 61g weight and wired connection, it offers something light with no latency whatsoever.

The Viper Mini also appears to be one of the first Razer mice to use a 8500 DPI sensor, which makes a change from the zany 20,000 DPI sensors featured on the likes of the Basilisk Ultimate or DeathAdder V2. With the sheer lightness of the Viper Mini in mind, 8500 DPI is absolutely plenty – it’s already sensitive enough and works perfectly. 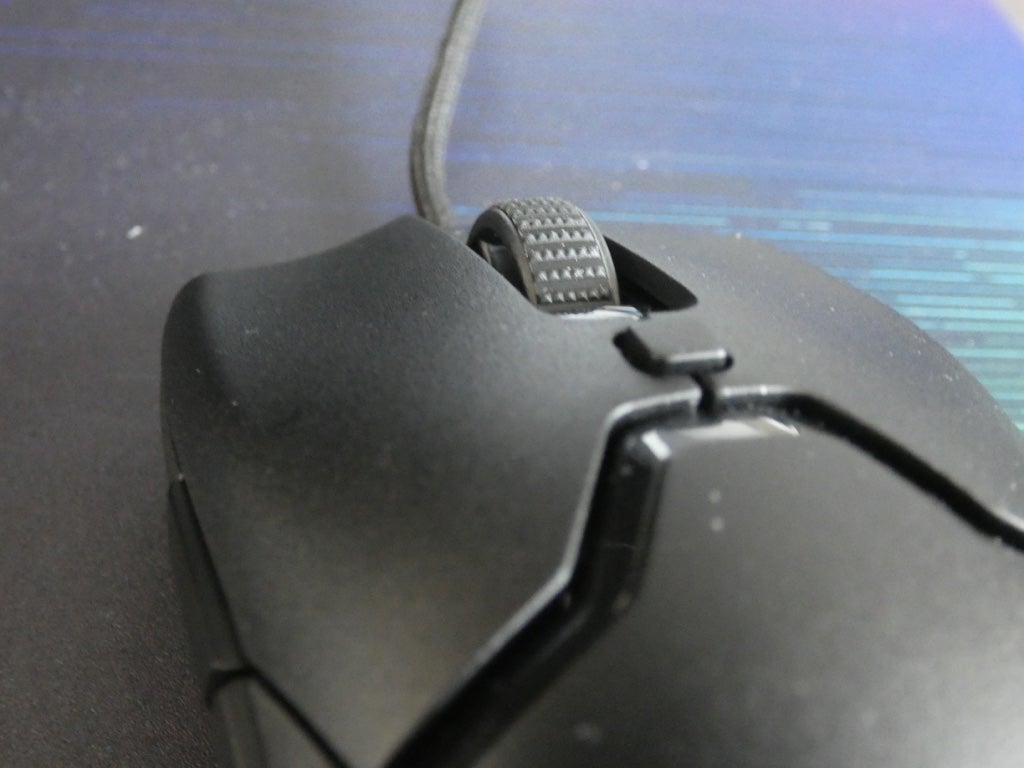 While it’s not specifically aimed at office use – marketed much more towards the gaming side of things – the Viper Mini is also well-placed during long office hours, with its compact size making it a decent little travel mouse.

What’s more, the Viper Mini comes with Razer’s optical switches, meaning you’re not compromised on performance. Optical switches use light, as opposed to traditional mechanisms, giving you a generally faster performance and a bigger competitive advantage.

They’re also rather clicky, which makes a nice change from some other gaming mice that can feel like you’re using a wet sponge.

Despite having only two lighting zones (the logo and small strip on the mouse’s underside), the Viper Mini certainly doesn’t disappoint in the lighting department, featuring Razer’s excellent Chroma RGB.

As always, Razer’s lighting is both slick and sharp, offsetting the hard plastics nicely. The lighting zone on the underside of the Viper Mini also looks pretty nifty in lower light situations.

The Viper Mini comes alive with Razer’s Synapse 3. Despite a lengthy install process, the six programmable buttons can be tinkered with untill your heart’s content, from opening system programs to programming macros. What’s more, with Hypershift enabled, the button tally of the Viper Mini is practically doubled to 12, giving you even more options for programming. 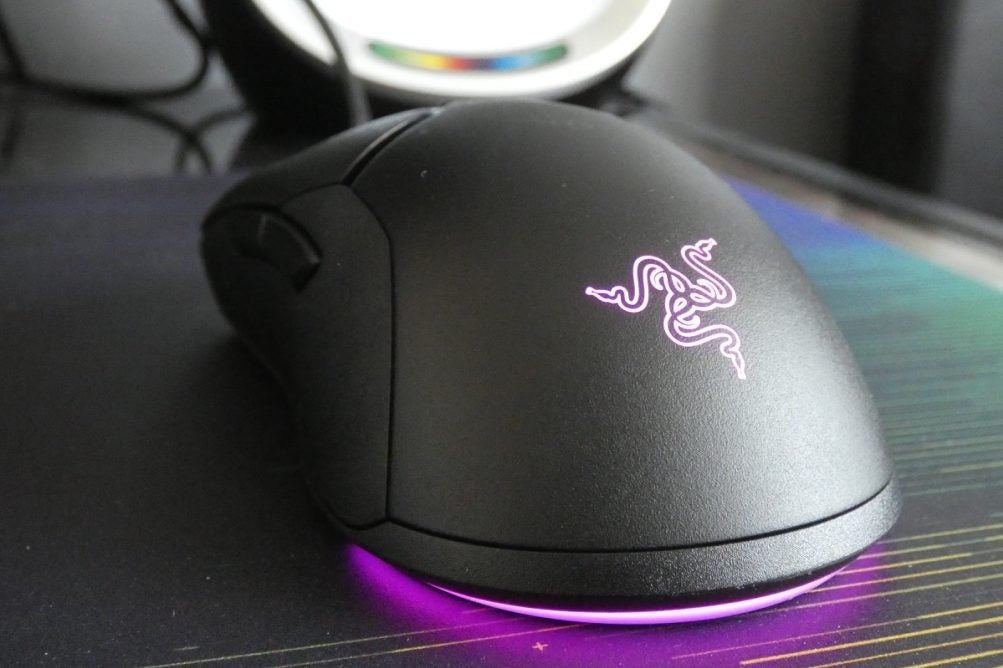 There’s even some more left-field options such as the Chroma Visualiser which, much like some of Logitech’s offerings, matches the backlighting to any audio playing from your computer. This is particularly neat for songs featuring heavy drums or a decent base, as you can marvel at the mouse’s attempt to recreate Phil Collins’ drum solos or Flea’s baselines. It really is a nice touch.

The Chroma system also allows for connection to other devices such as the Philips Hue home lights, letting you build your RGB kingdom beyond your office or bedroom. The ability to tie the lighting with a whole host of other devices is a really cool idea and implemented very well.

Should you buy the Razer Viper Mini?

If you’re looking for a small gaming mouse that packs a massive punch, then the Viper Mini is the one for you. Razer has jam-packed it full of their conventional features, which is a marvel since this mouse currently only costs £39.99.

You can get cheaper gaming mice such as the Logitech G203 and Corsair Harpoon, but these options aren’t quite as light and don’t offer the same level of sensitivity. Plus, you get all the flashy RGB and customisation features with Razer’s software which is so far unrivalled.

That said, the Viper Mini might just be a little too small for some people’s hands, and its two lighting zones may not be enough for those who like a flashy light show.

The Viper Mini is a small, super-affordable gaming mouse with some standout features, guaranteed to make for a quick and agile addition to your gaming setup. And with Synapse 3 and great Chroma lighting also, the Viper Mini looks to be the very best option at this price.