What is the Razer Junglecat?

As mobile gaming eats into the portable console market, a number of hardware makers are looking to capitalise on this new growth area. The Razer Junglecat is one such effort that transforms your iPhone 5 or iPhone 5S into a Nintendo DS rival.

Whereas many iOS controllers essentially strap your handset to the top of a sizeable controller, the Junglecat is more of a feature-laden case than a separate gaming accessory. Yes, it is bulky and yes, it adds weight, but its pocketable form-factor is a major advantage over the likes of the Mad Catz C.T.R.L. i, or even the Logitech Powershell.

At 18mm thick, the Junglecat is a little over twice as fat as your iPhone. The added bulk comes from a sliding mechanism – think the Sidekick – which hides the physical buttons when not in use. During our time with the device at E3 2014, however, it never felt particularly obese. 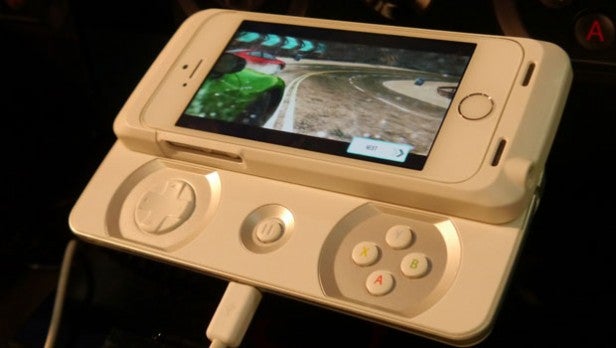 From first use the controller feels comfortable and well balanced in the hard. There is also no denying that the Razer Junglecat makes your mobile games not only easier to control, but more immersive and engaging as a result. For enthusiastic smartphone gamers, this form for function trade-off should be a worthwhile one.

Moving the controls off the touchscreen display has an instant impact on the nature of mobile games. Featuring a D-Pad and customary ABXY buttons – as well as a centralised pause key and rear bumper – the Junglecat helps bridge the gap that usually engulfs the gaming options of your smartphone and PS Vita Slim.

Trialling the controller with a few races on Asphalt 8, I found the Junglecat’s controls to be well located and suitably responsive. For those who like a bit of control over the sensitivity of their individual buttons, the accompanying Junglecat app lets you dictate just that.

Importantly, the Razer Junglecat doesn’t interfere with the daily performance of your smartphone. You still have full access to every inch of the screen, the iPhone’s home button – and TouchID sensor on the iPhone 5S – camera and headphone jack. 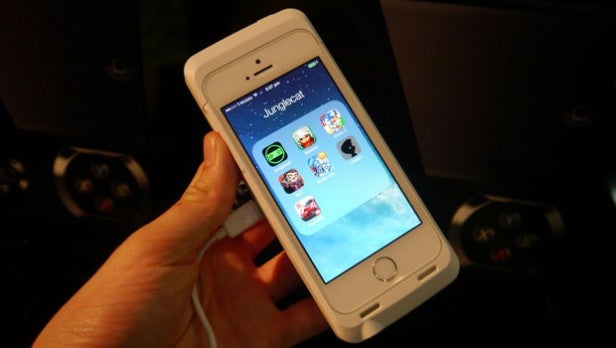 Although the phone’s Lightening port is blocked by the sizeable case, attaching the Junglecat to the mains via microUSB will recharge the smartphone. This switch of cable requirements might irritate some, but should keep your mobile gaming needs going on longer train journeys or weekends away.

It is undeniable that the Junglecat improves the overall mobile gaming experience, but that doesn’t mean it isn’t without its faults.

The bumpers are too narrow. Although larger bumpers would have added further girth to the iOS controller, they would have prevented users craving added purchase, something we found ourselves constantly wanting during our short time with the device.

This, however, isn’t our main issue with the Junglecat. Razer’s iOS controller would benefit hugely if its slide out display featured the ability to tilt upwards. Only a shallow angle of tilt is needed to make this a far more practical gadget. At present the flat form factor means either your wrists or neck need to be held at an uncomfortable angle in order to make things work. 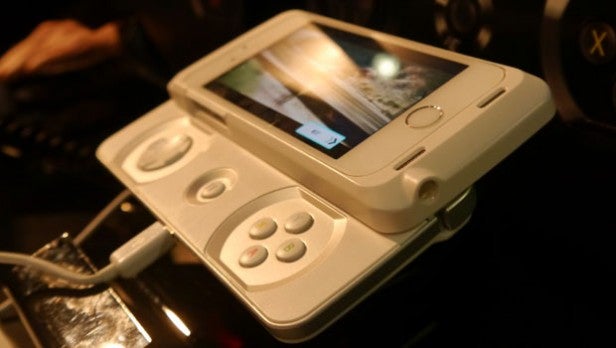 Although the Junglecat features sound channels that  push the iPhone’s audio output towards users, due to the nature of the E3 show floor, we were unable to get an accurate representation of the controller’s sound quality. This is a feature we will fully address in our full Razer Junglecat review at a later date.

The Razer Junglecat is better than many iOS controllers we’ve seen but still feels someway off being the finished article. Its pocketable nature makes it ideal for commuter gamers, but slight issues with button choices and a lack of a tilting screen hold it back.