Hands on with the Razer Forge TV at GDC 2015

The Razer Forge TV is one of the first Android TV set-top boxes coming to the market. It’s aimed at those who are interesting in bringing Android gaming to the big screen.

When it was first announced at CES 2015, the Forge TV was going up against the likes of the Amazon Fire TV, but Razer will now also have to compete with the seriously impressive Nvidia Shield and its Nvidia Grid game streaming service, announced at GDC 2015. 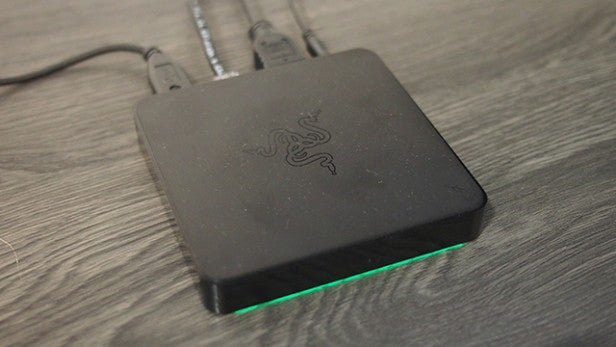 The Forge TV runs on a Qualcomm Snapdragon 805 2.5GHz quad-core processor with 2GB of RAM and 16GB of internal storage.

Like its competitors, the Razer Forge TV uses a matte black finish with a glossy Razer logo. The overall design is finished with a few flashes of green, as is the Razer way.

As for the ports, you’re looking at HDMI 1.4, USB 3.0 and a DC power socket. There’s also a Gigabit Ethernet port, if you want to use that rather than the Wi-Fi 802.11ac connectivity.

Unlike some of the other set-top boxes I’ve played with at TrustedReviews (I’m looking at you, PlayStation TV), the Razer Forge TV doesn’t get unbalanced and lift off the table even when you’ve got all four cables plugged in the back.

Although the compact design is definitely a boon, it’s the slick Android TV UI that’s the real attraction here. 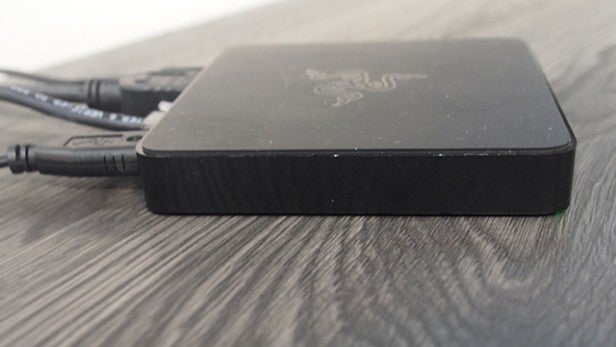 Like the Nvidia Shield, the Forge TV runs a completely skin-free version of Android, making sure it’s as slick as possible. And it doesn’t disappoint. At the top you’ll find all your media content, then further down apps and games.

Everything you can purchase on Google Play works here, meaning you can get features like Chromecast or Plex on the Razer Forge TV.

But of course, because it’s Razer, there’s also a strong focus on gaming, and thankfully you’ll find a selection of gamepad-compatible games within Google Play.

SEE ALSO: What is PS TV? Everything you need to know about PlayStation TV 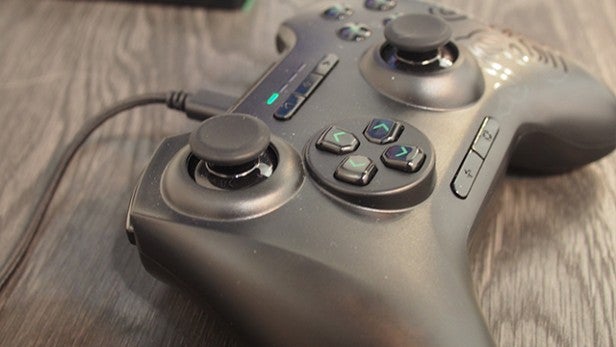 To aid your initial gaming sessions the Forge TV is actually bundled with the Serval gamepad – a soft-touch, lightweight Android controller. I didn’t have much chance to put the Serval through its paces properly, but from what I played, it’s comfortable to hold and seems very responsive, even in close combat scenarios.

You can actually connect four of these controllers – or other Bluetooth alternatives, we assume – to the Razer Forge TV at once, making for some awesome local co-op, which I spent a good 20 minutes doing with Age of Zombies. 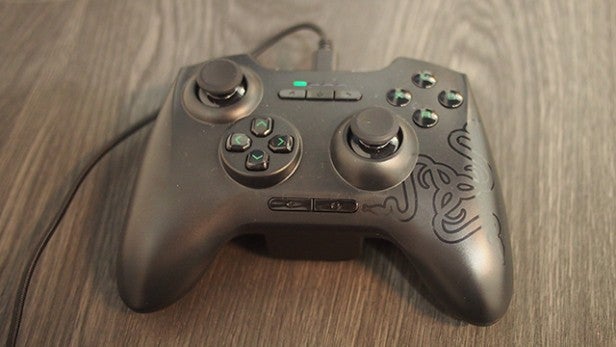 What makes the Forge TV a little different is that later this year, Razer is introducing the Razer Cortex Stream service. This will allow you to play your favourite PC games by streaming them to your Forge TV, with the resolution adjusting according to your connection speeds – you have been warned.

I didn’t get a chance to try this out during the demo, but we assume it works in a similar way to Nvidia’s GameStream, but perhaps in a less restrictive manner. 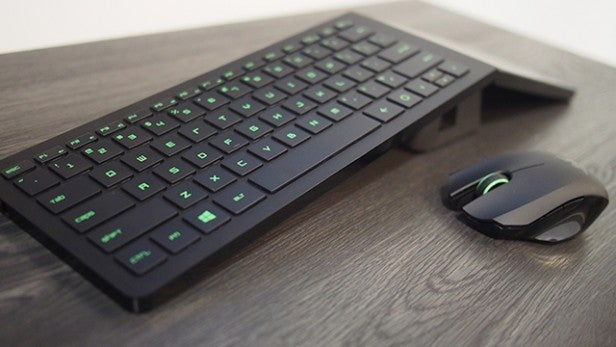 To aid this PC gaming experience on the biggest screen in your home, Razer has also announced another accessory for the Forge TV, called the Razer Turret.

This specially designed living room keyboard and lapboard/mouse combo is attempting to put the power of your desktop literally in your lap as you relax on the sofa. It has a hinge in the middle so it can adjust to your uneven lap, while still offering a full and tactile keyboard experience.

Razer has done some clever things with the mouse too, kitting it out with some gentle magnets that hold it in place when not in use, but which aren’t strong enough to interfere with the actual movement.

Plus, this is a Bluetooth keyboard, and there’s a dongle hidden in the mouse for using with your desktop PC if you so wish. 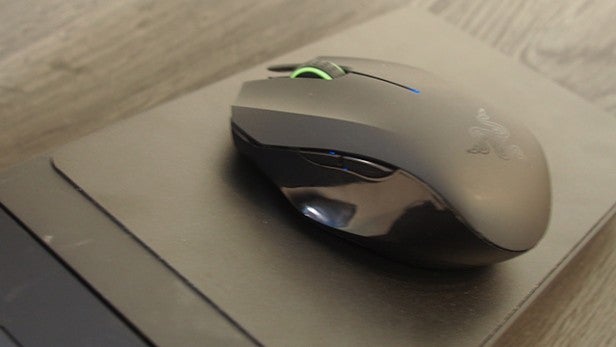 There’s still no word on the pricing of the Razer Turret, but it will certainly be a great addition to the Forge TV for those looking to take advantage of the PC game streaming.

I’m definitely enamoured with Google’s Android TV interface – it’s slick, responsive and offers tons of content at your fingertips. The design of the Forge TV itself is unobtrusive and will suit most living rooms. But the true potential for this being a great PC gaming accessory should come to light later this year.