When it comes to affordable gaming keyboards, Razer has you covered with the Cynosa Lite. With its trusted Synapse 3 software and gorgeous Chroma lighting, not to mention a sturdy plastic frame, it’s a great option for the money. The lack of mechanical switches and macro keys will put off more seasoned gamers, but this is still a worthwhile option for anyone who fancies an entry-level board.

Razer has long been the king of keyboard cool, but has also often priced out many from buying its excellent peripherals. That changes with the Razer Cynosa Lite.

Razer’s Cynosa Lite aims to deliver the company’s classic aggressive but elegant looks – borrowed from its best-selling BlackWidow model – for an eye-catching price of just £44.99.

This addition opens up the Razer brand to a far wider audience, but how much quality and features are you missing out by going budget?

The Cynosa Lite, as you’d expect from a keyboard at this price, isn’t going to set the world alight in terms of design. It’s a full-size keyboard with a closed hard plastic housing, in a similar vein to the BlackWidow but without those mechanical switches – which leaves it feeling a little light.

This doesn’t mean it isn’t sturdy; in fact, it’s the complete opposite. Razer’s keyboards have garnered a reputation for their military-grade plastic construction and the Cynosa Lite is no different. Offering minimal flex, the Cynosa Lite is a well-built budget option, presenting a design synonymous with more expensive models.

The design is arguably unremarkable, but an open-housing or aggressive typeface on the keycaps doesn’t necessarily make for a good keyboard. The Cynosa Lite will sit comfortably with any standard peripherals you already have, and won’t look out of place on any desk.

The keyboard comes with a standard length (albeit non-braided) cable, which means you won’t spend time tugging at the wire to move your budget board around. 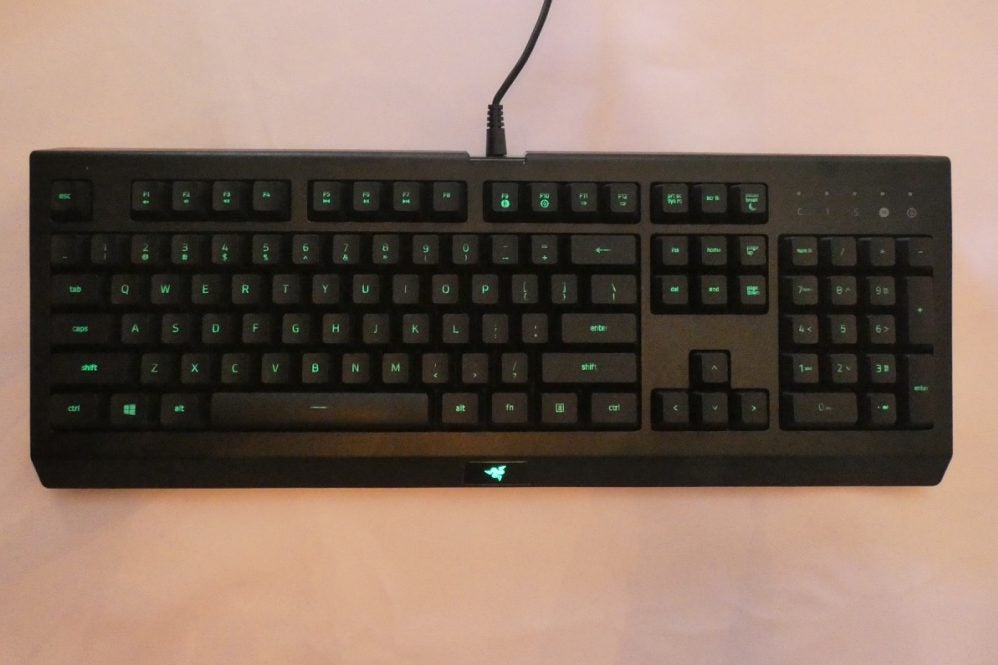 The Cynosa Lite doesn’t have any mechanical switches. Instead, it’s reliant on good-old rubber domes, or “soft action membrane keys” as Razer calls them. To any seasoned user of mechanical keyboards, reverting back to a rubber dome keyboard will take some getting used to; but for first-time PC gamers, it isn’t a bad option.

For day-to-day use, the Cynosa Lite works pretty well. Despite using domes, it’s pretty easy to type on, offering a degree of tactility when the dome collapses and you input the key press. It’s perfect for long typing sessions when you want to bang out an essay late at night, although the dome action can feel spongy after a while.

It is in the above instance that a cheaper mechanical alternative may prove the better option. Compared to mechanical rivals, the Cynosa Lite could be seen to be lacking when it comes to precision and speed of inputs, although this isn’t really a deal-breaker unless you’re a typing or gaming purist.

The Cynosa Lite doesn’t feature any additional macro keys, which is disappointing for those looking to play MMO or MOBA games with myriads of button combinations. It isn’t something to hold against the Cynosa Lite, since this isn’t functionality that one would expect at such a low price. Nevertheless, their addition might have just put Razer head and shoulders above the competition.

There’s also ten-key rollover along with anti-ghosting, which is useful for preventing lost inputs during the heat of a firefight, or missed characters on that crucial piece of homework on Microsoft Word. 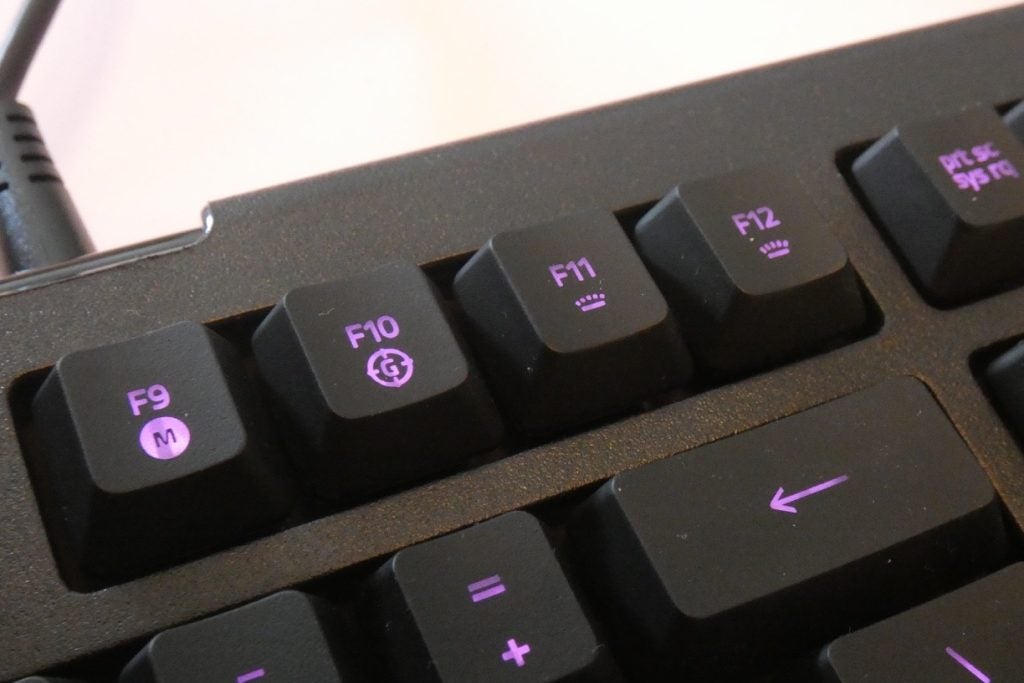 Much like every other Razer product I’ve had my hands on, the software and lighting department is certainly where the Cynosa Lite gets one over on its rivals.

The backlighting operates through Razer’s renowned Chroma lighting engine, which is well known for bringing out the best in any Razer product. There’s a degree of difference in lighting delivery compared to the Cynosa Lite’s siblings, the Cynosa Chroma and Chroma Pro. The more expensive products in the Cynosa line make use of a full underglow method of lighting, while the Cynosa Lite instead utilises a per-keycap backlighting system with a single Chroma lighting zone. It still looks crisp, but doesn’t offer the best lighting experience compared to other Razer keyboards due to its inherent dimness.

Razer’s versatile programming software, Synapse 3, really allows you to unlock the possibilities of your peripherals, and it greatly helps in making the Cynosa Lite feel like it’s worth double the asking price. With Synapse, you can customise individual key inputs and make backlighting as flashy as you want. It’s insanely versatile. 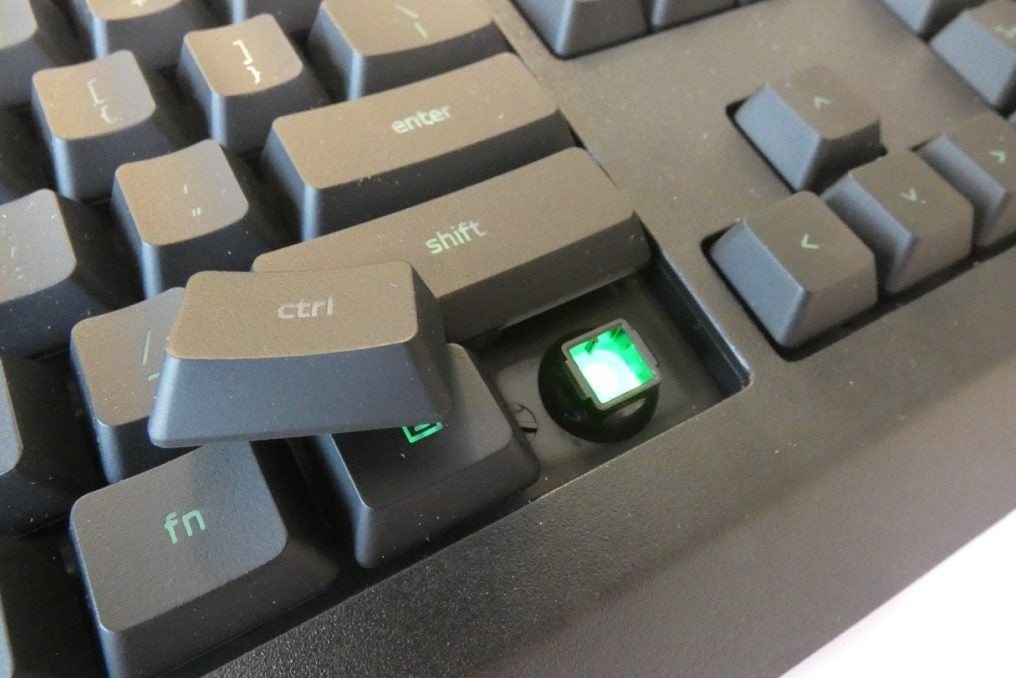 When it comes to affordable gaming keyboards, Razer has you covered with the Cynosa Lite. With its trusted Synapse 3 software and gorgeous Chroma lighting, not to mention a sturdy plastic frame, it’s a great option for the money.

That being said, the lack of mechanical switches is likely to turn some hard-liners off. If you’re looking for something with razor-sharp accuracy and precision that will also last for many years, then a mechanical board such as Logitech’s G413 may be a better option. In addition, with the Cynosa Lite offering up only subdued lighting effects, RGB junkies may come away disappointed.

However, if you’re looking for an affordable and great all-rounder gaming keyboard to raise your game both in the office and on the battlefield, then the Cynosa Lite is certainly worth considering.