The Razer Cynosa Chroma is an ideal gaming keyboard for those not willing to break the bank. At just £64.99, programmable macro-lighting and soft, responsive membrane keys make this great for both casual users and hardcore gamers alike

What is the Razer Cynosa Chroma?

Razer has long managed to produce an attractive blend of high-end gaming peripherals alongside more budget options that still boast that classic Razer quality. Of course, there are compromises to be found in the latter space, but the Razer Cynosa Chroma strikes an elegant balance by providing a colourful, attractive and mechanically sound keyboard that does exactly what you’d expect from a device costing only £64.99. Keyboards from Razer have become synonymous with outrageous design quirks and the gorgeous implementation of RGB lighting. The Cynosa Chroma ticks one of these boxes, but feels relatively pedestrian in its appearance. This is an entry-level gaming keyboard that sports an aesthetic to match, adorned with a distinctive black colour and 104 keys with programmable RGB lighting.

It looks just fine, but it becomes immediately clear you’re paying for a satisfactory performance and practicality rather than something purposely extravagant. This tame build quality might disappoint those looking for something more outrageous, but I admired how it didn’t strive to be something over the top.

A mellow design really works in its favour, especially if you’re looking for a gaming keyboard that blends into your workspace. Plus, the budget price point makes it all the more appealing.

However, I was underwhelmed by the short length of the USB cable, which just about reached the computer underneath my desk. Those with machines on the other side of the room won’t have any luck with this and will be better off with a wireless keyboard. 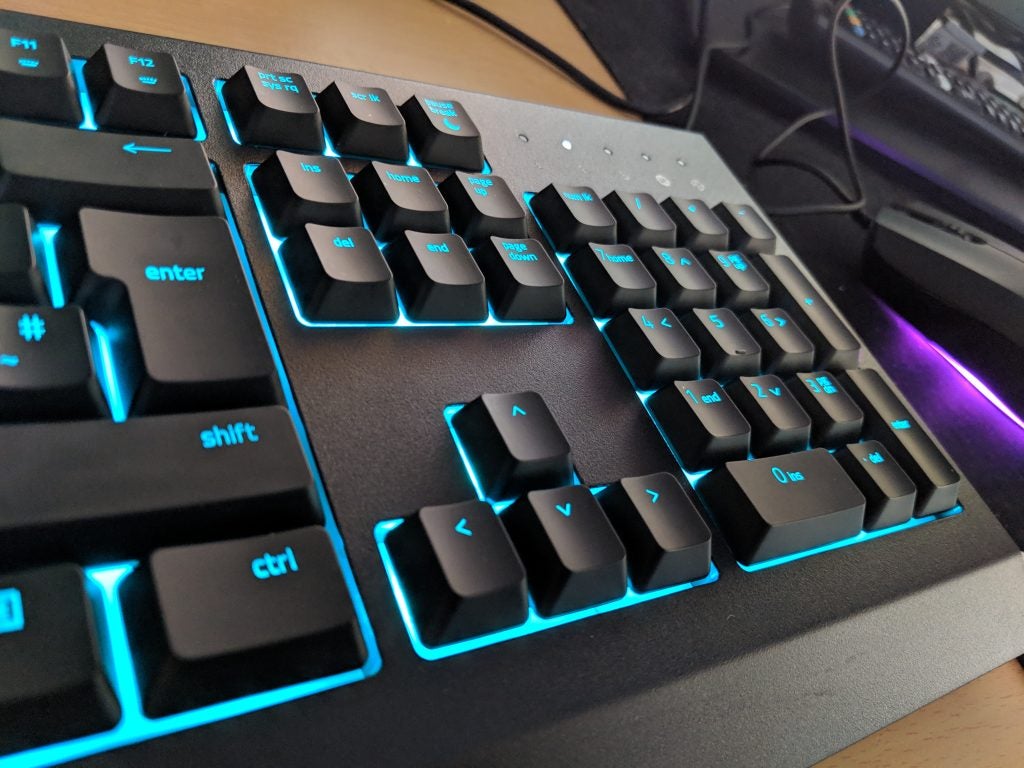 Razer enthusiasts are keenly familiar with the Synapse technology right now, a piece of software that allows you to fully customise your RGB lighting performance and sync it up to other Razer peripherals.

The same applies to the Cynosa Chroma, which is kitted out with 104 customisable keys all enhanced by RGB lighting. By default, it will cycle through a variety of different colour schemes, all of which are punchy, noticeable and really shine in-between the keyboard’s small frame.

There are also a number of games that have pre-made colour profiles including Fortnite, Overwatch and Doom. Some developers have even gone as far as providing in-game alerts such as the status of your health bar or ability cool-downs through the RGB lighting of your keyboard.

Just like Razer’s other keyboards, customisable RGB lighting remains a joy, making it possible to pursue a garishly fabulous neon extravaganza – or a relaxing assortment of shifting colours that help your gaming setup feel more alive. 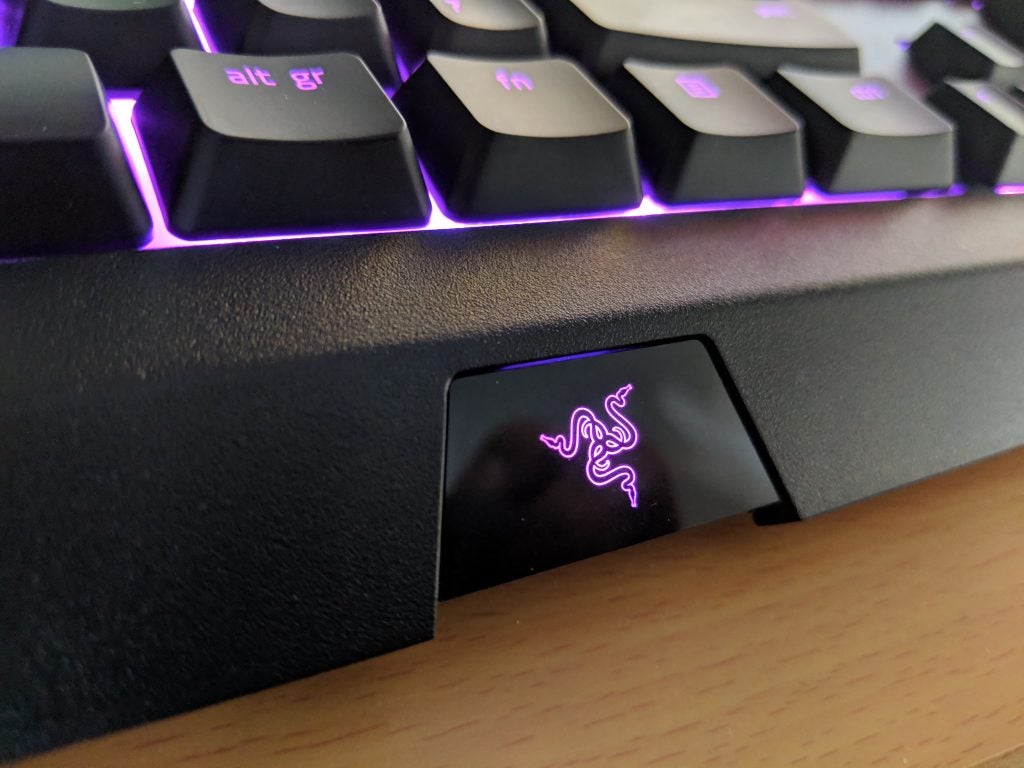 One of the most glaring omissions for the Razer Cynosa Chroma is the lack of mechanical switches, meaning gaming performance is immediately lacking the razor-sharp responses you’d expect from a gaming keyboard. Instead, the Cynosa Chroma is a membrane keyboard, so a sheet of rubber inside provides soft, delicate feedback when pressed.

Typing out long streams of text is a breeze, especially thanks to its accurate responses. However, the Cynosa Chroma doesn’t quite match up to the speeds of rival keyboards, which can hold you back in heated gaming sessions. This certainly isn’t a deal breaker – unless you’re a serious competitive gamer. However, the timeliness of keystrokes does highlight the budget nature of this keyboard.

The lack of programmable macro-keys is a disappointment for players looking to delve into MOBAs, MMORPGs and even first-person shooters with an additional degree of finesse. Given the low asking price, I didn’t mind too much, but not having a way to easily access commands in Final Fantasy 14 or Heroes of the Storm was a minor nuisance in the long run.

The Cynosa Chroma can be plugged into Xbox One and is compatible with the console, but I believe this is limited to a select number of titles and with basic input. Regardless, having the option is always appreciated. Ten-key roll-over with anti-ghosting technology also helps to prevent lost keystrokes during a frantic shootout or essay bash out.

Why buy the Razer Cynosa Chroma?

The Razer Cynosa Chroma is an ideal gaming keyboard for those not willing to break the bank on their peripherals. At just £64.99, programmable macro-lighting and soft, responsive membrane keys make this great for casual users and more hardcore gamers hoping for something to give them a competitive edge in-game.

The Razer Cynosa Chroma is on the cheaper end of Razer’s library of gaming peripherals, but packs plenty of features for the price.