What is the Razer Blade Stealth?

The Razer Blade Stealth is a high-end Ultrabook trying to upset the status quo currently lead by the likes of Lenovo, Asus, Apple and Dell. While Razer is a gaming brand, this isn’t a gaming laptop; it instead matches the specifications of the work-focused Dell XPS 13.

Razer hopes you’ll pick up its Core graphics dock to augment the Stealth’s gaming capabilities, but that’s a separate, expensive product that warrants its own review (coming soon).

As a standalone machine, the Razer Blade is a slightly compromised experience. It undercuts its high-end rivals in terms of price, but its idiosyncrasies mean its appeal will be limited to more brand-faithful Razer buyers.

The Stealth looks like a mini-gaming laptop, taking design cues from the thin and light MSI gaming machines from years gone by. Its aluminium shell has sharp edges and curved corners, managing an impressive mix of gamer-chic and work laptop style. The biggest clue to its gaming background is the green Razer logo that lights up when the laptop is switched on. 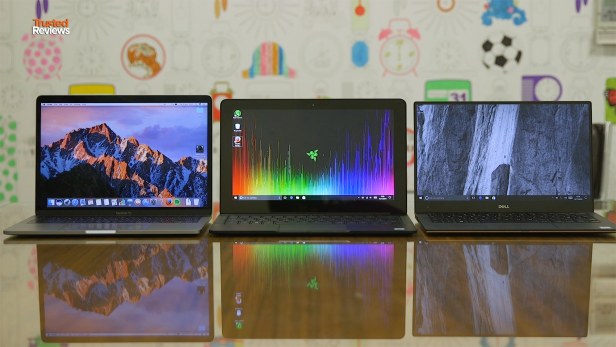 While the device looks good out of the box, it will become staggeringly greasy almost immediately. Not only does every fingerprint leave a mark, trying to rub it off with anything but a proper cleaning cloth simply smudges grease around the lid and palm rest. The keyboard suffers the same fate, with each key getting a wet-looking coating.

It’s a shame, because it’s a well-built piece of kit that weighs just 1.29kg – the same as the touchscreen Dell XPS 13. At 13mm thick, it will slip into any bag without any fuss and you’ll barely notice it’s there.

I’ll come to the screen further on, but one of the strangest design features is the gigantic bezel that surrounds it. The screen itself is a 12.5-inch panel, but Razer has installed it into a much larger chassis, making it around the same size as a regular 13.3-inch laptop. This means there’s a huge amount of black space surrounding the display. It’s quite hard to forgive on a laptop costing this much.

You do at least receive plenty of ports. The laptop is charged via a USB 3.1/Thunderbolt 3 combination port, and there are also two full-size USB 3.0 connectors. A full-size HDMI port and a 3.5mm headset jack are included, too – but there’s no SD card slot, which is unfortunate. 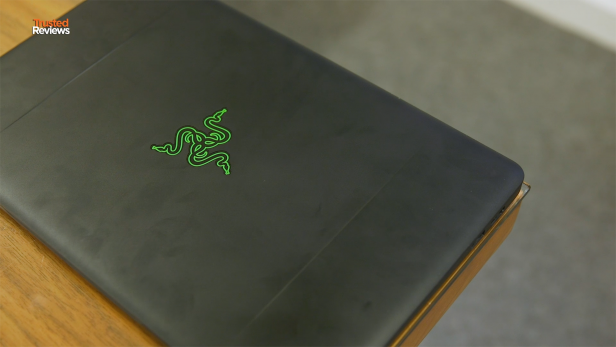 The keyboard isn’t the finest you’ll find on an Ultrabook, with a fairly rattly and shallow action. The keys themselves are of a decent size and are backlit too, but they aren’t particularly comfortable when typing for long periods.

The best feature is the RGB backlighting. Unlike most other gaming laptops, the keys are individually lit. This means each key can display a different colour, allowing for some fun effects including flashing the keys for every press, and colourful wave patterns. They’re not essential, but they’re fun nonetheless.

The touchpad is fine, but nothing special. It doesn’t have the instant precision of its high-end rivals and actually feels sluggish upon first use. A quick tweak of Windows touchpad settings saw me right, but it still isn’t a great experience for a laptop designed to be used on the move.

The base model Razer Blade Stealth comes with a 2,560 x 1,440 IGZO touchscreen that’s 12.5 inches. A 13.3-inch panel is more usual on a laptop of this size. Aside from the bezel issues mentioned above, the other problem with a screen this size is that everything looks absolutely tiny unless you turn Windows 10’s display scaling options up to maximum.

However, scaling everything up means the fidelity improvements you get from the high resolution are completely lost, aside from when playing games or watching high-resolution videos, such as 4K Netflix. 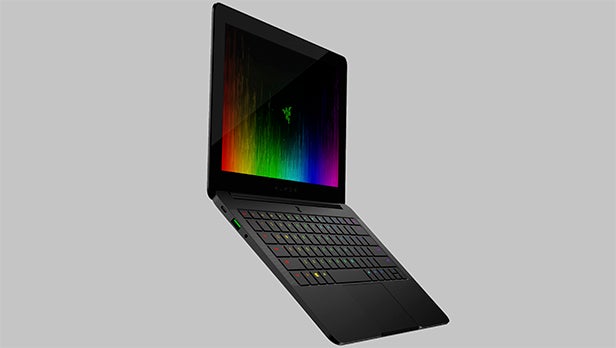 Amazingly, there’s a higher-spec model that comes with a 3,840 x 2,160 resolution. This is the only model available with a 1TB SSD, but that screen resolution will likely cause even greater scaling problems.

Most notable about the Razer Blade Stealth are its speakers. They’re loud, clear and display a great amount of depth. I could happily listen to music on them and they’re more than good enough for TV shows as well. Top marks.

Razer has gone all-out in terms of performance, giving the Intel Core i7-7500U as much power as it needs to get the job done.

This comes at the expense of heat, noise and battery life, but there isn’t an Ultrabook on the market that’s performed as well in our Geekbench 3 benchmarks. It’s close, but the Razer’s multi-core score of 7,818 beats both the Dell XPS 13 and MacBook Pro 13 with Touch Bar.

Under heavy loads its fans kick up quite a fuss, and as soon as you throw a 3D game at it (via the Core graphics dock), it creates an absolute racket. It’s a pretty big price to pay for marginally better performance, but it’s at least Razer’s unique selling point. 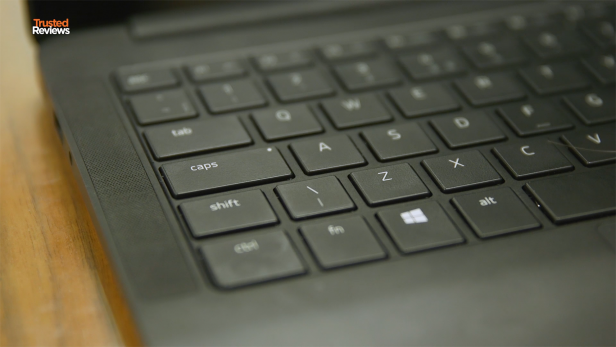 It’s more than capable of editing Full HD videos and should render most modest projects in a matter of minutes.

The Blade Stealth comes with either 8GB or 16GB of LPDDR3 memory, which is a step down from the DDR4 found in the Dell XPS 13 but the same as the memory in the base model 13-inch MacBook Pro.

My model came with a 256GB PCIe SSD, which exhibits great performance. I measured its read speeds at an impressive 1,275MB/sec, which is more than a match for the Dell XPS 13.

The on-board Intel HD Graphics 620 aren’t good enough for high-end gaming and will be able to play only older titles at a lower resolution. If you want gaming grunt, you’ll want a more expensive laptop – or to hook up the Razer Core with a GPU inside.

It won’t come as much of surprise to discover that the Blade Stealth’s battery life is slightly underwhelming. This is a device that’s designed to be  easy to transport and to be used at either end, with less of a focus on the journey itself.

Still, I could stretch the battery to only around five hours in regular everyday use; this included web browsing, sending emails and editing documents at below 50% brightness.  This is disappointing when its rivals can manage nearly double that. 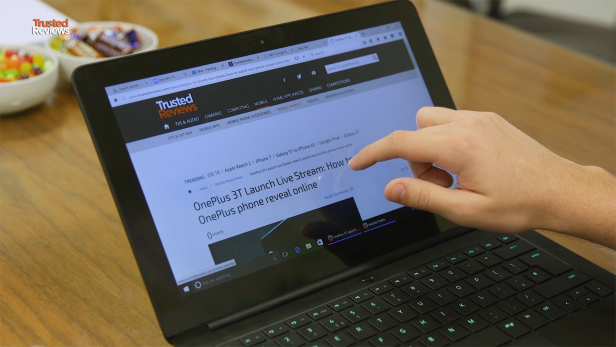 Should I buy the Razer Blade Stealth?

The Stealth has plenty going for it. It looks great, is thin and light and squeezes every last ounce of power out of its CPU. However, this comes at a cost. Battery life, screen size and noisy fans are all drawbacks that are hard to justify in a market so full of exceptional alternatives.

The obvious opposition is the Dell XPS 13, which just about beats the Razer in every area aside from performance, where it’s very close. The XPS 13 costs around £70 more for an equivalent specification, but it’s well worth paying for.

With all of that said, if you want just one device that will act as both your work machine and your gaming rig, and you have a lot of cash to spend, picking up a Blade and Core together is a tempting proposition. 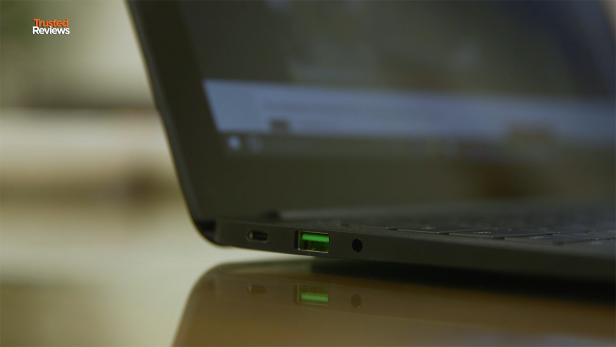 The Razer Blade Stealth offers plenty of style, but a compromised experience.