Razer's BlackShark V2 represents one of the better value for money headsets out there for the price. With its comfy design, punchy audio and good software integration, it ticks all the right boxes for gamers. That being said, some users might be left wanting more with regards to microphone performance.

The Razer BlackShark V2 is one of the most complete packages of gaming headsets for the more professional gamers out there.

Having been lauded by eSports players galore and with features such as the Triforce 50mm drivers and memory foam ear cushions, this is a very decent bit of kit. But is it the best gaming headset you can buy?

Razer’s BlackShark V2 is available from plenty of retailers, as well as their own website, for the price of £99.99/$99.99/€109.99, meaning it’s really designed for either those with cash to burn and gamers looking to take it to the next level.

This puts both headsets firmly in the frame against the likes of Logitech’s G Pro X and G Pro X Wireless currently represent some pretty good value for money.

Design – The Razer BlackShark V2 is light and comfy

From the outset, it’s clear that the BlackShark V2 isn’t your typical gaming headset, opting for a more sophisticated look characterised by its matte black and wired metal construction. While it’s certainly sturdy and well built, I can’t help but think it’s missing the usual looks that gamers might crave.

Razer’s usual design cues of voluminous padding, RGB lighting and the usual bulk that other headsets have (like their famed Kraken line) are notably absent from the BlackShark V2, but this isn’t such a bad thing.. Going for a simpler design with minimalistic colouring means the BlackShark V2 has been designed with not just the hardcore gamer in mind.

By comparison to its competitors, one of the first things to note about the BlackShark V2 is the distinct lack of padding. The padding that is present makes them nice and soft, especially around the headband. But they they feel a little bit loose – even with the headband on its tightest setting. Something a little bit snugger would’ve been better. 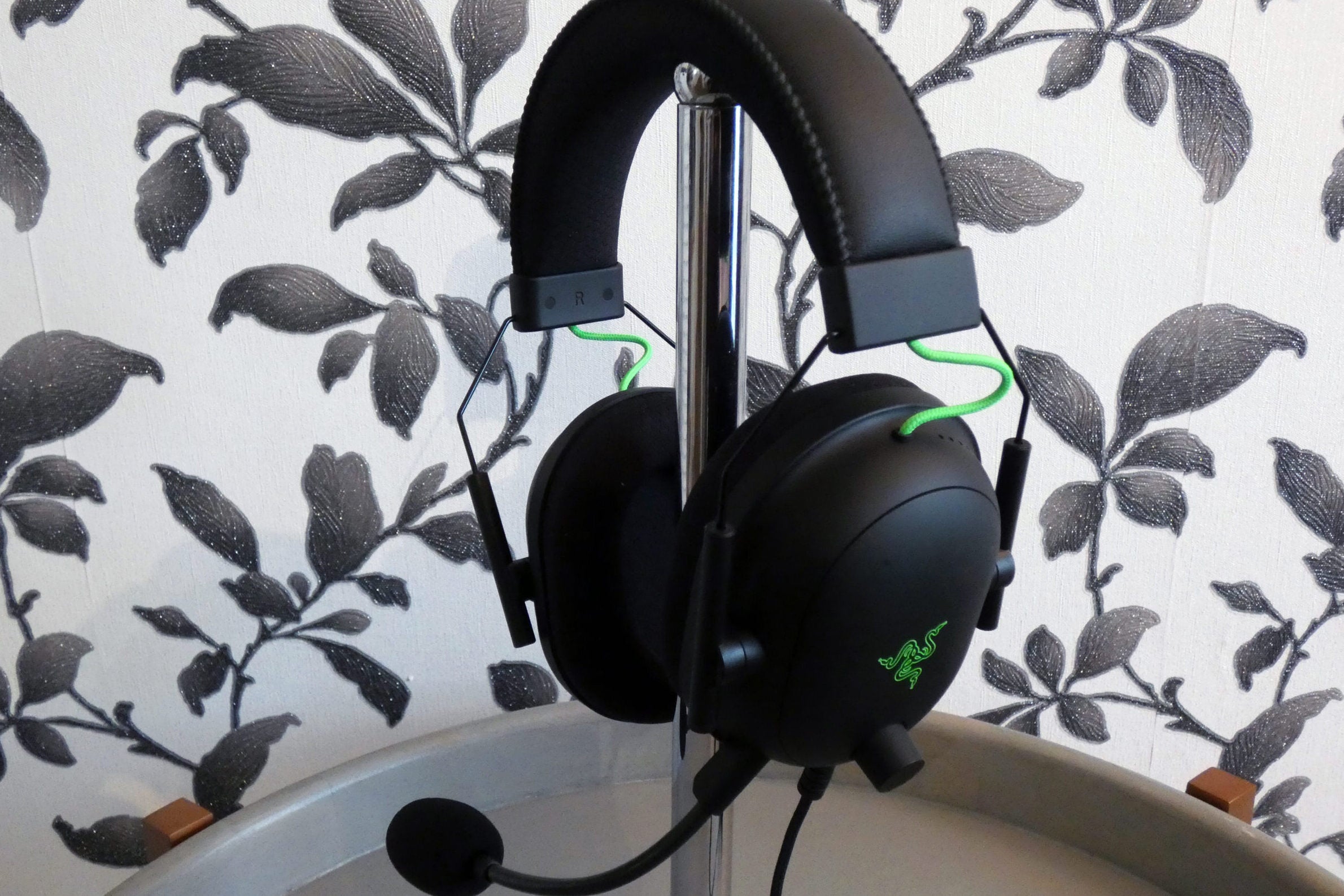 However, even without such a snug fit, the passive noise isolation that the BlackShark V2s offer is remarkably good, and the memory foam ear cups made them comfortable to wear for a prolonged period of time.

There’s only a couple of on-board media controls which are certainly easy to access, given the size of the protruding volume knob out of the left earcup, and a small but tactile mute button.

As is traditional with headsets these days, Razer has opted for a detachable and flexible microphone meaning it can be conveniently moved out the way. Even with a more plastic construction than the headphones themselves, the mic’s build quality is still good.

Even with that balance, there is more emphasis on the lows and highs, but the BlackShark V2 does come with a nice mid-range drive. Razer’s 50mm Triforce drivers have done the business here in providing a well-balanced and powerful sound.

That low end driven sound works well in FPS games such as CS:GO, putting emphasis on hammering gun shots on the field of battle, as well as the high-pitched shrill of the bomb that needed to be diffused.

The BlackShark V2’s bass also works well on songs that rely on that low end, as well as providing a slightly different listening experience that highlights intricacies in songs I previously hadn’t noticed as much.

On the software side of things, Synapse 3 has traditionally been one of the better bets from manufacturers and with the BlackShark V2, this is definitely still the case. To get the two to work together, it’s a simple case of plugging the headset in, letting it install a driver for the USB sound card and then you’re in. 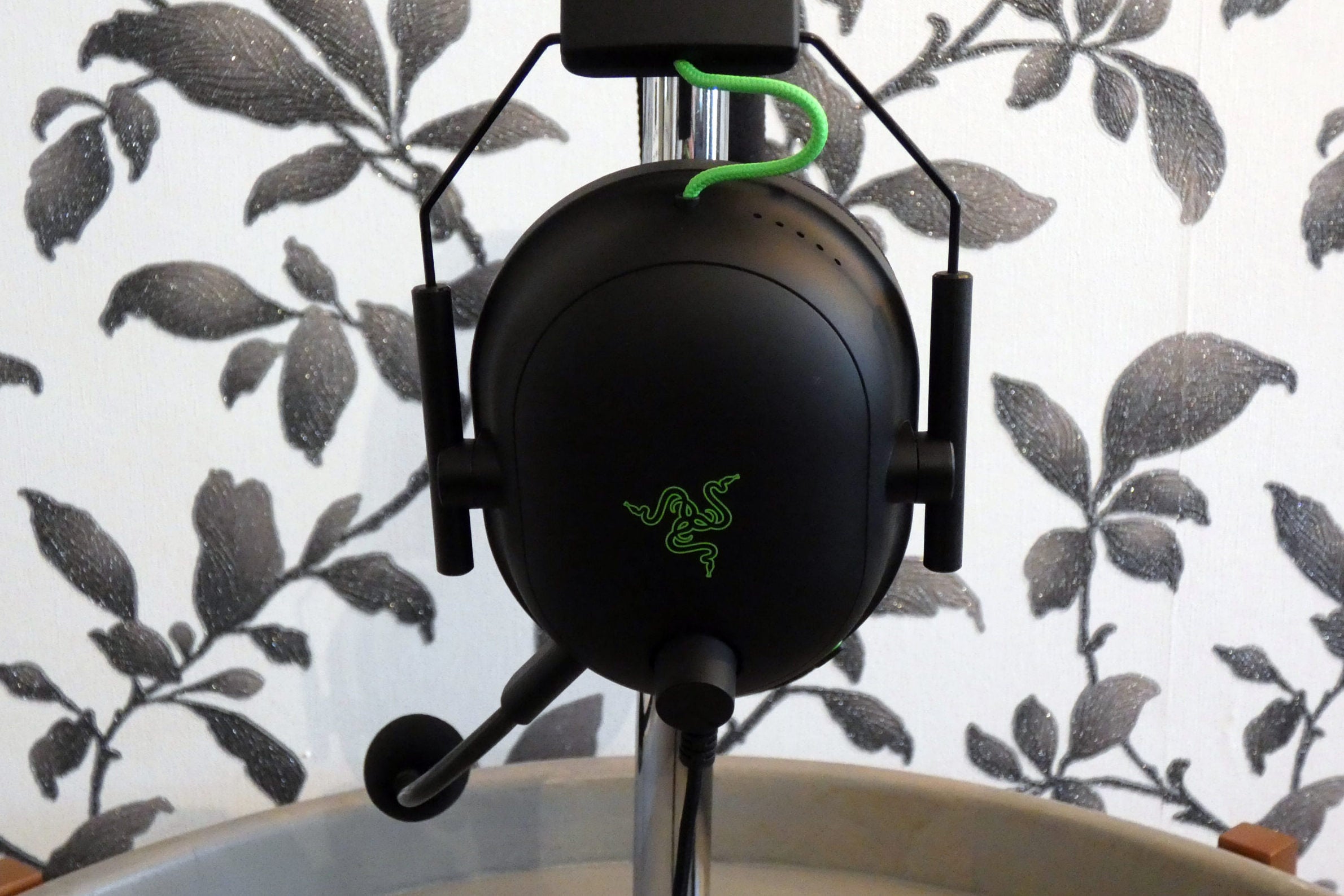 When you’re inside Synapse 3, there’s a myriad of options presented in order to make either the headphones or the mic sound a bit better.

While the out-of-the-box surround sound is pretty good, THX Spatial Audio just takes it to another level. For music, there’s not that much of a tangible difference, but in games such as CS:GO that require you to pinpoint the position of enemies, the effect is rather impressive.

What’s more, Synapse also allows you to fiddle with plenty of other presets as well as boost the bass even further or add a bit of vocal clarity. It’s here where the BlackShark V2 falls down, as they didn’t actually make the audio sound that much better.

Being wired, compatibility is good and the BlackShark V2 will work with anything that has a 3.5mm audio jack, be it my 2020 MacBook Pro, a PC or my Xbox Series X when plugged into a controller.

Microphone – Not too bad for a sub £100 headset

As is customary with most gaming-oriented headsets, Razer has opted for a cardioid microphone which means the sound it picks up from the front is much more prominent than from the back and sides.

For a gaming headset, the microphone sounded good if a tad tinny, but no headset mic is really ever perfect. 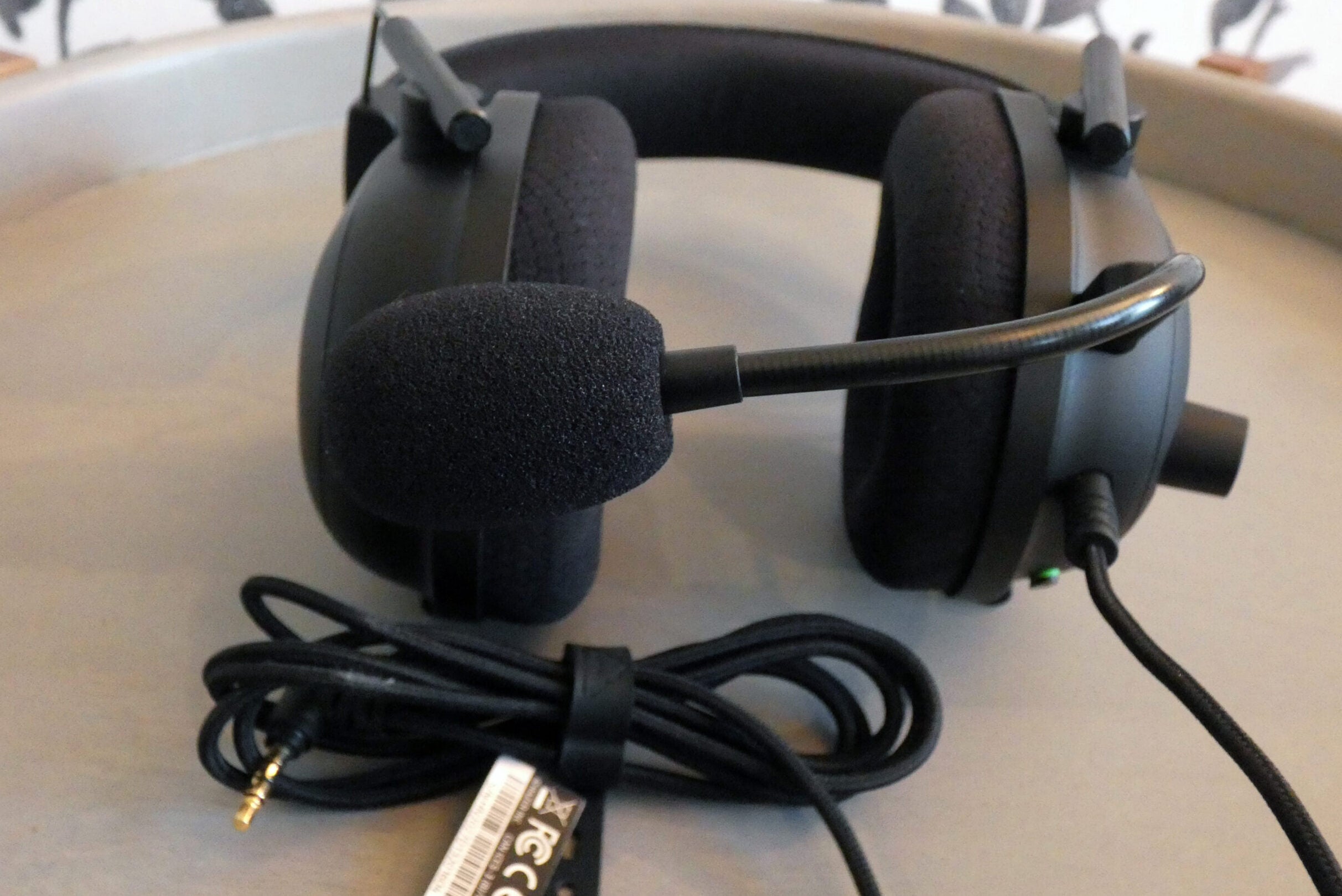 Synapse can be used to fiddle with it to make it sound a bit better, offering the chance to make use of an EQ to rebalance the audio. After some extensive fiddling, my voice did sound a bit less compressed, but if you do want proper voice performance, it’s best to set aside some money for a dedicated microphone.

You should buy the Razer BlackShark V2 if…

You should not buy the Razer BlackShark V2 if…