What is the Raumfeld Stereo M?

The Stereo M is a pair of wireless bookshelf speakers that fit into Raumfeld’s impressive multiroom audio lineup. They nestle neatly between the floor-standing Stereo L and diminutive Stereo Cubes, both of which earned a TrustedReviews Recommended accolade.

The pair consists of one active master speaker housing a 320W amplifier and the Wi-Fi smarts, and one passive slave speaker that’s connected to the master via an ordinary speaker cable. 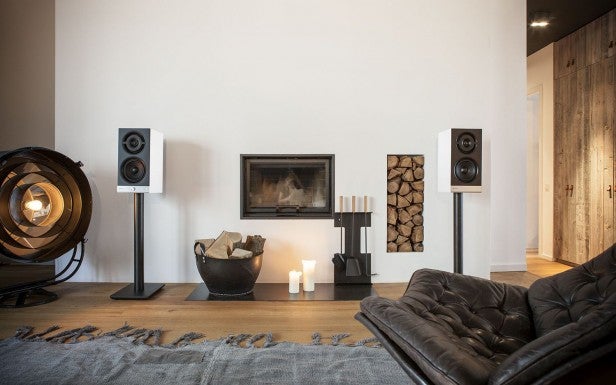 Boy, these are some hefty bookshelf speakers! They’re bigger than you might expect, and take quite some effort just to lift out of the box.

You might expect the passive slave speaker to be lighter than the master unit, since it isn’t filled with the amplifier, connections and wireless gubbins, but there really isn’t much in it. From the front and sides, both units are almost identical, with only a line of controls on the brushed-metal plate below the drivers to signify the master unit’s special status. 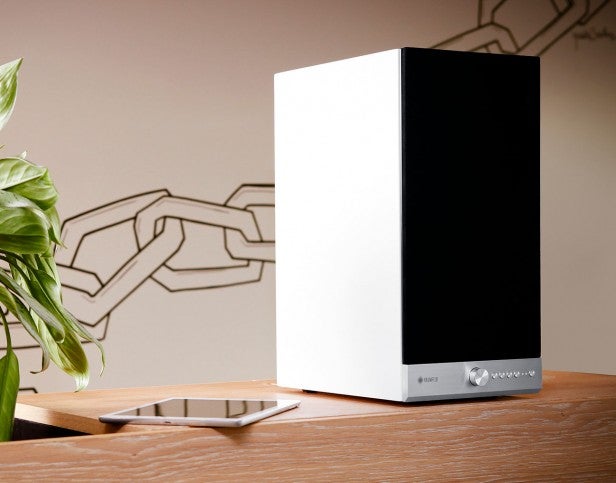 Those controls comprise a volume knob, a pair of white status LEDs, and five mysterious unmarked buttons – which, frustratingly, aren’t mentioned in the supplied instructions.

After trawling through Raumfeld’s online resources, I finally discovered the four on the left are preset buttons for providing one-touch access to a favourite radio station or album. Simply hold one of them down for three seconds while the station or album is playing and you’ll hear a beep to signify that the preset has been saved.

The lonesome button on the right is the on/off switch. It’s a shame I found that out only by summoning up the courage to press it and see what happened.

The Raumfeld Stereo M is available in either black or white, but I had the pleasure of testing the slightly nicer white versions. They still have a black fascia with a coaxial 4.5-inch mid-range driver and 25mm fabric dome tweeter at the top and a 5.5-inch woofer below. A fabric grille is supplied to keep the drivers safe from unwanted prodding by kiddies’ fingers, but it’s held on only magnetically and thus easily removed to improve the sound quality. 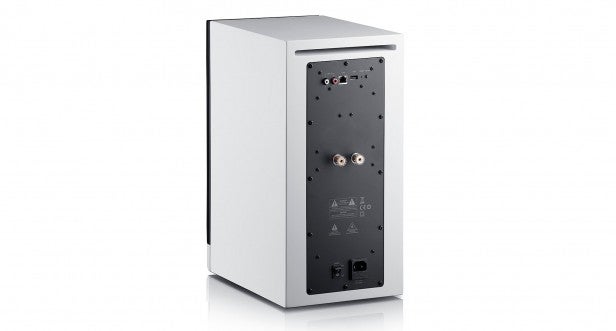 You’ll need to download the Raumfeld mobile app to do anything with the Stereo M, although Google Cast audio support is coming soon via a firmware update.

Once the app is installed, it’s a relatively painless process to get the speakers connected to your Wi-Fi – they don’t have Bluetooth, so you’ll have to make sure they’re placed somewhere with decent Wi-Fi signal strength.

I did discover one slight oddity when using the Raumfelds as part of a multiroom system, however. As the first Raumfeld unit I added to the network was actually the Raumfeld Sounddeck, it became the host (or “null”) device for the entire system. This meant I couldn’t use the Stereo M without turning on the Sounddeck first. Since the units were at opposite ends of the house, that drove me a little mad.

Basically, whichever Raumfeld device you intend to use most for streaming is the one you want to add first. But you can get around this problem simply by buying a Raumfeld Expand unit (£49.99) to act as the host for the whole system. In my opinion, this is definitely worthwhile if you’re considering a Raumfeld multiroom setup. 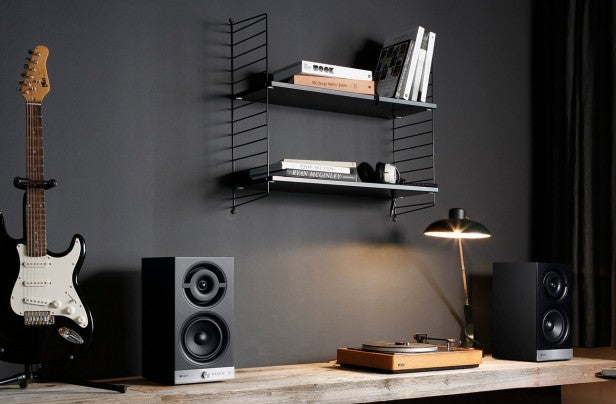 Having listened to numerous small wireless speakers over the years, it was a pleasant change to hear units with true presence. There’s no substitute for size when it comes to speaker cabinets.

The Raumfeld Stereo M are speakers that do bass and wide soundstaging extremely well.

When the volume is cranked up, they don’t suffer from the inevitable boxiness you get from smaller models such as the Dynaudio Xeo 2.  The music expands outward instead of distorting and sounding like it’s trying to fight its way out of the cabinets. They don’t manage it as effortlessly and openly as a good pair of floor-standing speakers, but neither do they take up anywhere near as much room.

The Stereo Ms don’t quite have the Dynaudio Xeo 2’s deftness of touch, though. On occasion, the bass detaches noticeably from the mid-range, and the treble isn’t quite as sweet as it could be. But at this price, it’s tough to complain. 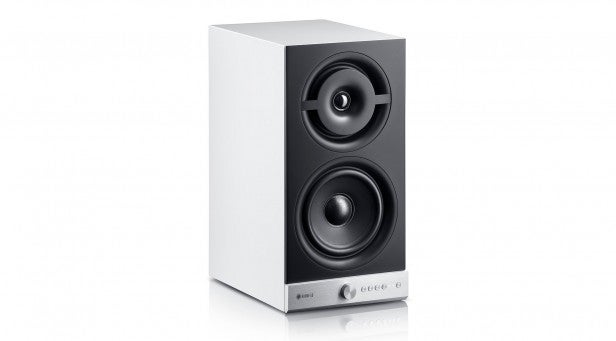 Should I buy the Raumfeld Stereo M?

These are terrific wireless speakers that look and sound impressive. Few competitors can match their sonic scale, especially at this price. You’d also be hard-pushed to put together a pair of passive speakers, an amplifier and streamer combo that sounds as good.

The lack of Bluetooth means you’ll need a robust Wi-Fi connection, though, and if you’re looking at using them as the basis for a complete Raumfeld multiroom system then it’s worth budgeting extra for the Expand unit.

For those looking for a little more audio finesse, and preferring the simplicity of a direct Bluetooth connection, it’s worth auditioning the lovely little Dynaudio Xeo 2.