For some reason, fruity tech seems to stir up crowds (Apple or Blackberry in its glory days, anyone?). Of course, it doesn’t hurt that the Raspberry Pi is a functional computer the size of a credit card for under £30, created by a charity – the Raspberry Pi foundation – primarily to help kids (and maybe adults) become more digitally creative and gain knowledge of programming. But what can you possibly get for that little money and what can you use it for? Join us as we find out whether you can have your (Raspberry) pie and eat it too.

Raspberry Pi: What It Is and What You Need
First, let’s go over exactly what the Raspberry Pi is. To get a bit more on the back story, have a read of our Raspberry Pi preview, but what about the actual computer? You get a mid-range ARM-based SoC on a bare board, with all the connectivity needed to hook up peripherals, a screen and wired internet, while using SD cards for permanent storage. You need to install your own operating system before this particular Pi is edible.

There are two Raspberry Pi versions, the Model A and B. The latter is the more powerful of the two, and the only one currently available. Model A halves the two USB ports to just one and removes the Ethernet controller for an even lower price point. Model B should cost $35 while A will set you back $25. For now we’re seeing the B in the UK for around £29. 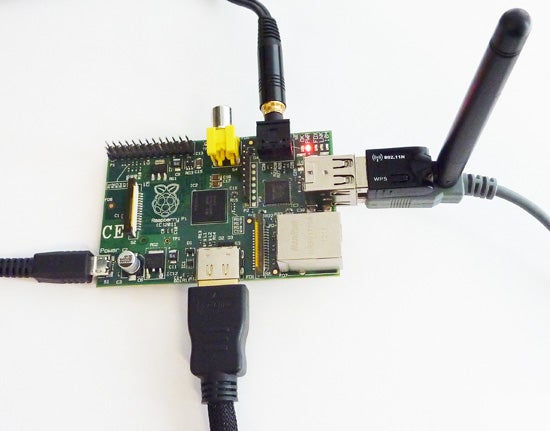 Realistically, you can’t expect a particularly capable computer for this kind of money, and indeed the Raspberry Pi won’t provide the best experience for multi-tasking, intensive web-browsing, and the like. It doesn’t even support Flash or HTML 5. What you do get is the ability to run all basic desktop tasks, similar gaming to what you might get on a low-end smartphone, and the ability to play smooth HD video – all in a package that uses less electricity than most light bulbs.

So to sum up what you’ll need to make use of the Pi: a screen – monitor or TV – with digital or analogue composite connection and matching video cable; a USB keyboard and preferably mouse too; a full-size SD card or microSD card with adapter of 2GB or more (4GB is recommended); and a microUSB power adapter, like the ones you get for smartphones – or a powered USB port with microUSB cable. 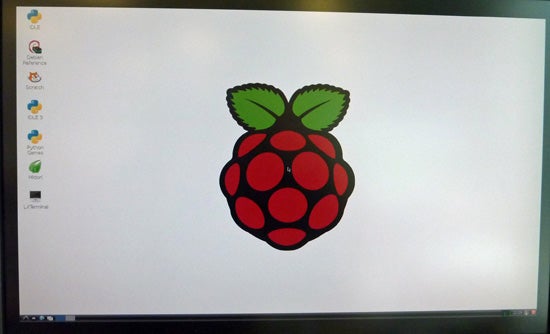 There is no on/off button for the Pi, so you may want to get a switched power supply or socket adapter. Display aside, buying the other bits should set you back no more than £20.

Of course, unless you buy a pre-loaded SD card, you’ll also need a computer with internet to download and install your Raspberry OS of choice onto a card. However, even if you don’t own one you can borrow a friend’s laptop – the entire process of creating the Raspberry Pi’s bootable storage only takes 30 minutes at most.

Raspberry Pi Design
There’s nothing pretty about the Pi. It’s a bare board, with no case or chassis (yet), though there are third-party ones available. However, it’s literally the size of a credit card, and no thicker than a UK power plug. 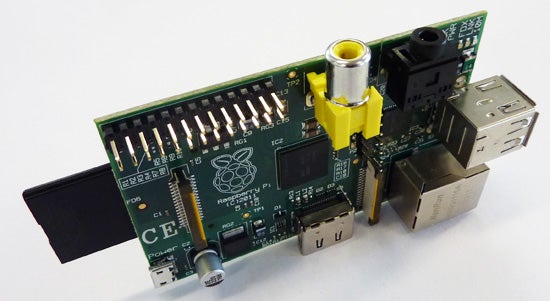 To be exact, it’s 85.60mm x 53.98mm x 17mm, though the USB ports (and SD card if you have one installed) stick out beyond the board’s edge. It also weighs less than 50g. Basically, it’s very cute, and has that geek factor going for it.

Build quality is difficult to measure on a plain board, but at least the connectors seemed soldered securely. However, with our retail-purchased Raspberry Pi there was a slight quality control issue, in that the eight-pin P2 expansion header didn’t have all its pins soldered correctly and the plastic pin frame was permanently stuck away from the board.

Raspberry Pi Connectivity
Connectivity is truly superb for such a tiny device, especially on the B version of the Raspberry Pi. There are two USB 2.0 ports that can be used to hook up peripherals or adapters, and this can be further expanded with a powered hub. It’s worth noting that both ports already share the bandwidth of a single channel to the system bus. 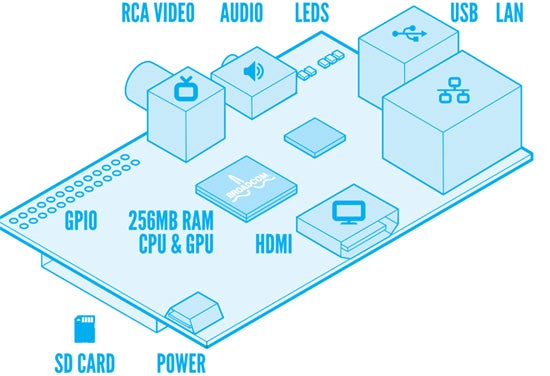 For video, there’s a full-size HDMI port, making the Raspberry Pi compatible with practically every monitor, TV and other display out there. For older displays that don’t support digital connectivity, the Raspberry Pi even has an analogue composite/RCA video output, which can be used with SCART via an adapter. 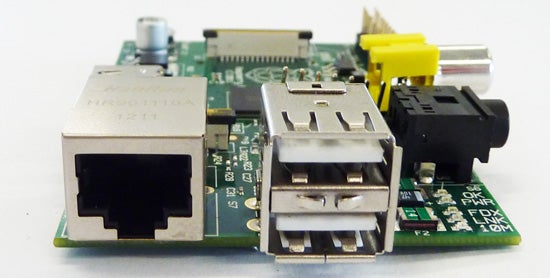 Stereo audio can be output over a 3.5mm jack, or you can get the full 5.1 surround sound package through the aforementioned HDMI. There are headers for further expansion, including the ability to hook up a camera or screen. Keep in mind that the microUSB port is for power rather than data. All of these ports are found at the top of the board, while the SD card reader is located at the bottom.

Raspberry Pi Specifications
As you would expect given its price, the Raspberry Pi’s specs are quite modest. The Broadcom SoC includes a 700MHz ARM11 processor and VideoCore IV graphics unit with dedicated video decoding. Incidentally the latter is why the Raspberry Pi will happily breeze through 1080p video while slowing to a crawl with a few browser windows open.

In fact, the Raspberry Pi Foundation claims the CPU performs similarly to a Pentium III 300MHz, and that’s being generous if anything. On the other hand, the VideoCore IV GPU was designed with multimedia in mind and rivals the performance of many current smartphones. It offers so much graphics power the CPU simply can’t keep up.

It’s all backed by 256MB of RAM, which is shared by both the system and GPU. Interestingly, you can set the amount you want available to each. If, for example, you’re going to be using the Raspberry Pi for desktop tasks, you’ll want to allocate the majority to system, while running a graphically intensive shell like XBMC will have you reserving the majority for the graphics. 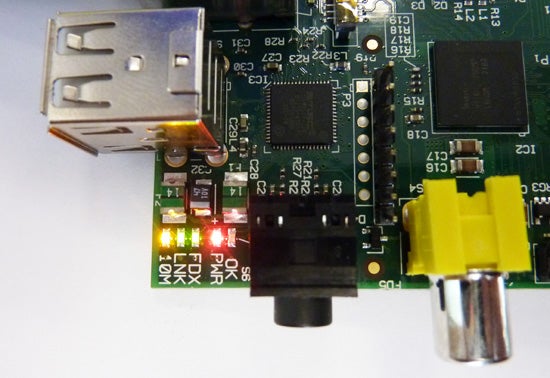 Currently, memory can be allocated in predefined splits as follows: 128MB CPU/128MB GPU; 224MB CPU/32MB GPU; 192MB CPU/64MB GPU. Permanent storage is what you make it, with Class 10 SD cards of up to 32GB working without issue – at least the one we tried.

Raspberry Pi Performance
Anyone thinking to get a functional everyday PC on the cheap with the Raspberry Pi will either be pleased or frustrated. Pleased if they haven’t used a modern computer before, as the Raspberry Pi will let you browse the web, create word documents or spreadsheets, play simple or older games, and watch HD video. Frustrated if they’ve used anything faster than a netbook, which the Pi most certainly is not. 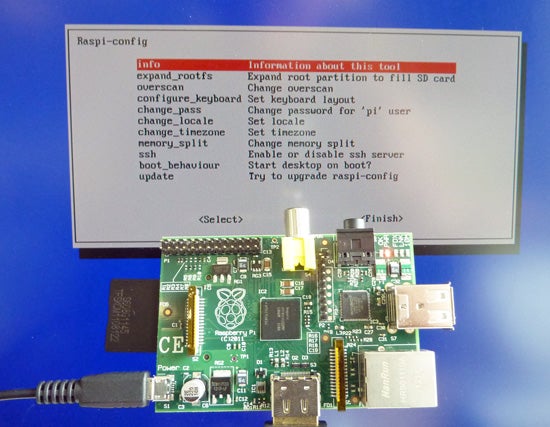 The YouTube website took over 55 seconds to load, compared to under 2 seconds on the average desktop PC and virtually instantly on a powerful rig with SSD storage. Even opening or closing windows in the graphical environment of the Raspberry Pi Foundation’s recommended Raspbian Wheezy (a Raspberry Pi optimised version of Debian) can take just a bit longer than is comfortable, especially if another task is running in the background. Browsing the web also requires patience, and in the OS we even clicked buttons several times at first because the response was so delayed.

We’re hoping we’ll soon be seeing in-OS graphics acceleration, at which point day-to-day performance for the Raspberry Pi should increase noticeably. The other thing we’re hoping to see is a more powerful yet still ultra-affordable Model X with a 1GHz CPU and 512MB of RAM, not outside the bounds of possibility considering there are already sub-£100 tablets with these kinds of specs.

Even if this doesn’t happen, one of the best things about the Raspberry Pi is that performance on this open-source PC will only improve, as home-brew developers and hobbyist programmers add ever more refinements, shortcuts, and efficiency to the software available for the diminutive computing platform.

Raspberry Pi Value
Well, this one’s pretty obvious. There’s nothing else out there that comes close to matching the sub-£30 Raspberry Pi for value. Of course, this doesn’t necessarily mean you should buy one. If you’re after a cheap as chips desktop computer for basic productivity it will do the job, but you’ll need patience.

It’s perfect for a kid’s first computer though, especially since there’s no hand-holding and even installing extras needs to be done through a command interface – meaning they’ll hopefully learn a little more than ‘click/touch here to do this’. Relatively simple game-making software on the Wheeze install will especially appeal. 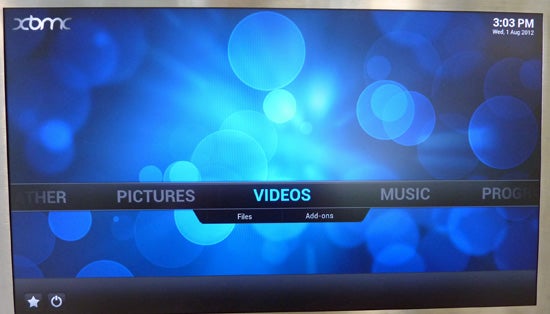 As a media player, the Pi is again the cheapest but not necessarily best choice compared to dedicated media players. With the correct software – either a video player on Wheeze or an XBMC/OpenELEC install – it will certainly play most video formats, including 1080p MKVs. However, menus perform slowly and MPEG 2-encoded video is off the menu due to licensing restrictions, so you might be better off with something like the far more powerful MK802 computer on a stick. 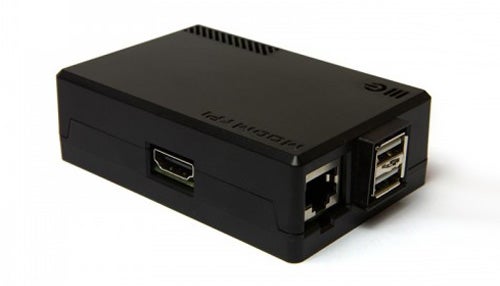 You’ll probably also want a case so the Raspberry Pi looks good with your AV gear. There’s a large choice of third-party ones available from sites like (linkout:www.modmypi.com) – or just build your own out of Lego/wood/cardboard. Because the Pi doesn’t require active cooling and doesn’t get hot, you can make a case out of a huge variety of materials.

Where the Raspberry Pi really shines is as a hobbyist board that’s small enough to fit almost anywhere and versatile enough to handle a huge variety of projects – and cheap enough that if you fry, break or smash it, it can easily be replaced. 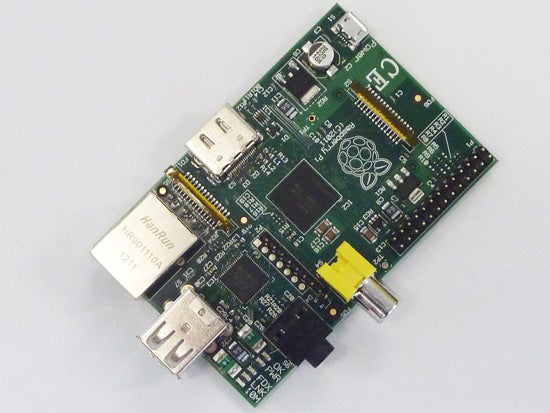 Believe the hype: the Raspberry Pi really is a miniature marvel. It’s a computer the size of a business card for the price of a concert ticket, with enough connectivity to hook up all the essentials and enough power to play back Full HD video.

What it doesn’t quite have enough power for is to provide a smooth experience in anything remotely intensive that doesn’t utilise its graphics chip, and it can require a lot of effort to get even basic functionality set up. Of course that’s part of the point and, with widespread community support, the Raspberry Pi is only going to get better.