Exclusive to Xbox One
Why does Rare hold such a special place in gamer’s hearts, even when its recent efforts have been, well, frankly underwhelming. It’s a question this compilation works hard to answer, through a series of unlockable documentary films, a clever structure that ties them together and – most importantly – the games themselves.

There’s over thirty years of history and the games to match included, and Rare Replay makes it all accessible and helps you understand why it matters. This is the retro games compilation as a virtual museum, but if so it’s the good kind of museum – the kind that entertains and engages while it’s busy educating.

Rather than just hit you with a menu screen and a bunch of games, Rare Replay grabs you with a lavish opening song and dance number, then gives you a choice of bite-sized ‘snapshot’ challenges extracted from Rare’s Classic games, playlists of similar themed challenges and, if you’d rather just keep things simple, the games themselves.

Each one is reproduced in its totality, almost exactly as you remember it, complete with blocky pixels, limited colour palettes and – in some cases – the most bewildering control schemes imaginable. By playing games, unlocking achievements and competing challenges, you can earn stamps. Collect stamps and rank up, and you unlock a series of behind-the-scenes videos, covering what makes Rare special, the stories behind its biggest games and even a few things that you might not be aware of. 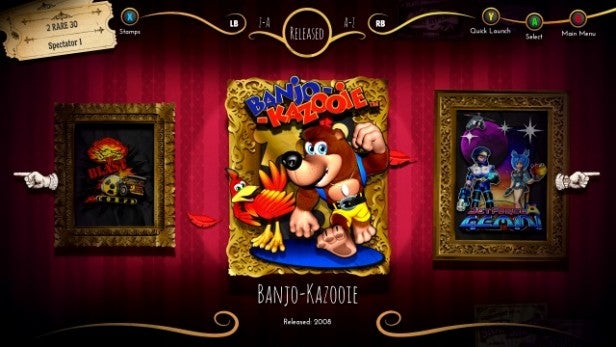 This presentation is a lot of fun, pulling you back to play and replay games that can, at times, be prickly or confusing. If Rare Replay has a fault, it’s that it presents some of its oldest games with the bare minimum of instructions, making it a challenge to work out what you’re supposed to be doing or why you’re doing it – even if you actually played the games when they first came out.

On the plus side, automatic saves when you quit and a handy instant rewind feature make playing them a little easier than it was back in the day, when checkpoints were non-existent and you were often expected just to keep practicing at a game until you could complete it in one sitting.

Not every title is worth much of your time, and even some you hold nostalgia for can be a bit of a shock to the system. Personally, I cut my gaming teeth on Ultimate’s, as Rare were called then, ZX Spectrum classics, but even my cherished memories of Lunar Jetman, Atic Atac and Underwulde can’t obscure the fact that they’re rather awkward and ornery games to play today.

Knight Lore, Ultimate’s pioneering isometric 3D title, is still pretty astounding, but the controls and the perspective don’t always lend themselves to the challenges involved, making you really, really glad that the rewind feature’s there. 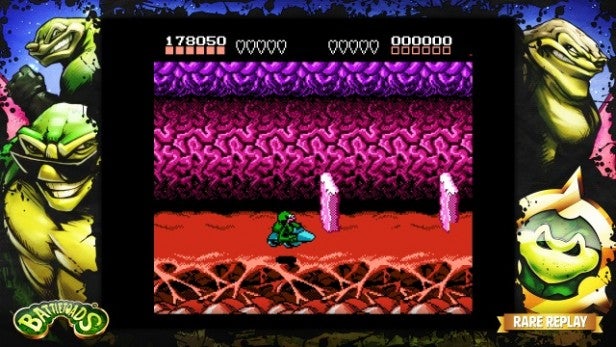 Some of the 8-bit NES titles, particularly Battletoads, stlll hold up well with their platform/brawler action, but it’s hard to understand the appeal of Snake, Rattle ‘N Roll or Cobra Triangle, and there are better retro racers around than R.C. Pro Am and its sequel, for all their historic value.

Where Replay really hits the high notes is when it gets to Rare’s nineties heyday when it worked closely with Nintendo. Banjo-Kazooie’s visuals haven’t aged well, but there were good reasons why it was so often compared to Super Mario 64, and those reasons still stand up today.

The same goes for its sequel, Banjo-Tooie, and for Perfect Dark; Rare’s spiritual successor to Goldeneye and a slick, entertaining shooter even now, despite its primitive graphics and over-use of lens flare effects. Conker’s Bad Fur Day isn’t quite as funny as it thinks it is and the movies and games it references now date it to its period, but it’s both funny and scatological enough to leave you amazed that a mainstream developer ever managed to get it out on Nintendo hardware. 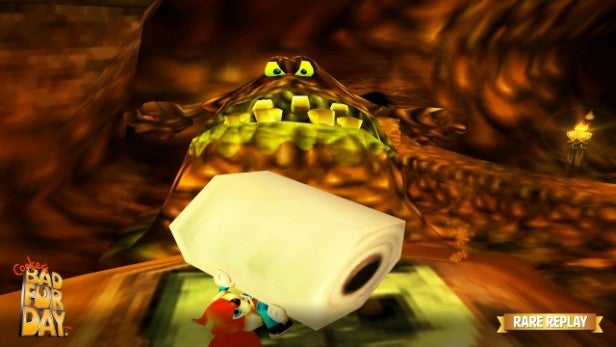 Jet Force Gemini has aged worse than the rest, with one of the most godawful control schemes ever, it’s still hard not to admire Rare’s ambition: this was a planet-hopping sci-fi third-person 3D shooter at a time when such things barely existed. True, it’s a little disappointing that there’s no Bond, no Donkey Kong and no Starfox Adventures, but given the license holders, what can you realistically expect?

One thing’s clear from Rare Replay: how much the studio’s output declined during the Microsoft years. As the big launch title for the Xbox 360, Perfect Dark Zero was a mediocre disappointment. Today, it’s merely dull, uninspiring and packed with bad ideas, from a dubious cover system to excessive hand-holding to embarrassingly bad cinematics. Banjo-Kazooie: Nuts and Bolts has some severe frame-rate issues, and struggles to recapture what made the duo’s first two games so magical. 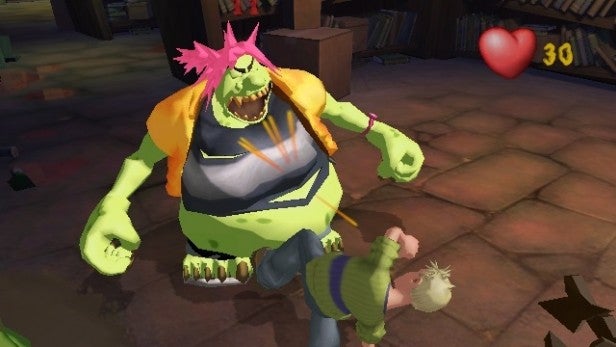 Yet even here there are glimpses of genius. Viva Pinata is a gorgeous, creature-gathering garden-management game that still looks and feels unlike anything else, and its sequel, Trouble in Paradise is even better. Grabbed by the Ghoulies has a bizarre combat system and some annoying quick-time events, but there’s something infectious about its style and personality. And while Kameo: Elements of Power is the lesser of Rare’s two attempts to ‘do a Zelda’ (the other being Starfox Adventures), it has some neat ideas in its shape-shifting take on cartoon fantasy, and is well worth a go if you didn’t play it first time around.

Don’t expect 1080p updates or remasters. The oldest titles look better than they ever did – though there are optional CRT scanlines for the sake of authenticity – but the later titles are straight emulations, and Rare Replay actually installs the Xbox 360 versions of Perfect Dark Zero, Kameo at al so that you can play them from outside the compilation. Even the version of Conker include is the N64 original, not the Xbox remake, though some purists wouldn’t have it any other way. 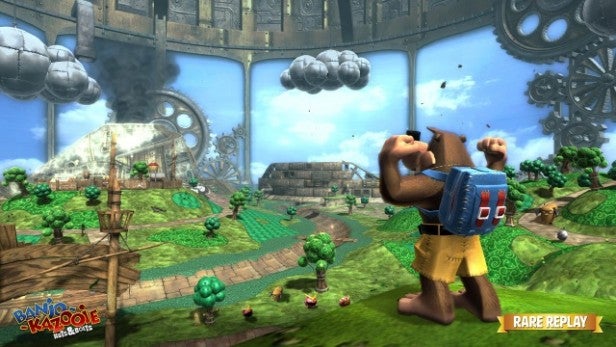 With 30 games for under £20, it really doesn’t matter if you can’t stand a few of them – though you will need to give them a crack and try and complete some snapshots, playlists and achievements if you want to unlock all those behind-the-scenes videos. You’ll like enough of them to make it worthwhile, play a handful extensively, and enjoy the rest as part of the ride.

And this is a ride worth taking, because even when Rare’s games weren’t works of unblemished genius, they were smart, innovative and full of personality. Time and time again you’re struck by how, even with the most primitive games machines and early 3D graphics hardware, Rare still managed to create characters and worlds that had life and substance, and that spoke of a studio with a consistent style, a wry sense of humour and a vision for where gaming should be going.

Our dearest hope from playing Replay is that this retrospective reignites that, and sees Rare set loose on something worthy of its legend.

Verdict
A fascinating voyage through thirty years of video games history, with some truly fantastic games along the way. Not all the oldies are goldies and some of the earliest struggle to hold up, but any compilation that can pull in classic platformers, pioneering shooters and cult-classics like Viva Pinata and is sequel are worth your time. Replay is a celebration, and these are games worth celebrating.