We’re no stranger to the debate of just what makes a game a game on these pages – see our Sailor’s Dream review for more details – but there’s another level to the whole issue that runs a touch deeper. What makes a mobile game a mobile game? What qualities does it have to have to sit better on the device in the palm of your hand than it would do on PC or console?

It’s the question that immediately springs to mind when you start up Radiation Island. Here’s an especially ambitious game – an open world ready for you to explore at your leisure, complete with a cast of furry creatures for you to kill and, as every game worth its salt has to have these days, a pack of zombies to take on too. 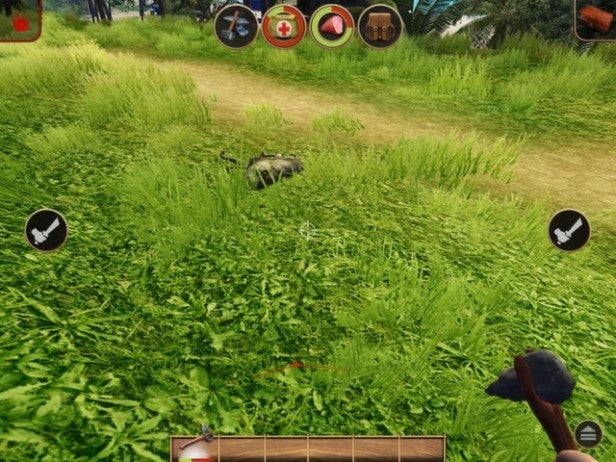 It’s a game focused on collecting and crafting, slaying and surviving, but the exploration and experimentation involved is encased within a complicated control system that just doesn’t sit too well on a touchscreen, nor does it feel like the kind of game you can pick up and put down – it’s an adventure that demands your attention and, dare we say it, one that doesn’t feel all too mobile as a result.

Nor is an entirely solid experience. Radiation Island tells the tale of you, a nameless nomad, trapped on an island in an alternate reality, with only vicious animals and possessed spectre to keep you company. Your task, therefore, is to pick up elements you find along the way – sticks, rocks, food, bits of material etc, all with indicators attached enticing you to pick them up – craft them into initially basic weapons or other items and defend yourself against the island’s population. 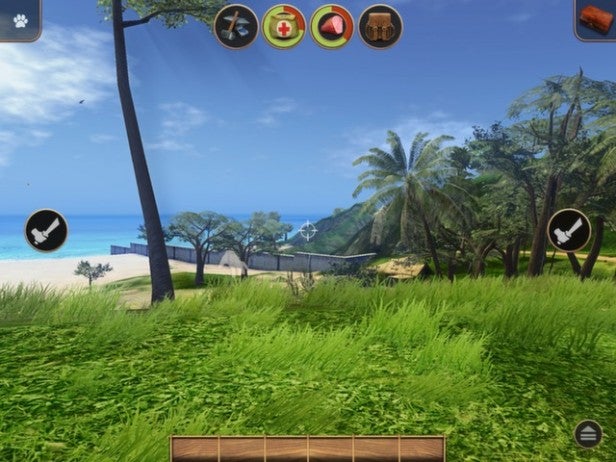 At least that depends on the mode you choose to play. Essentially, two modes in Radiation Island present the game as intended – a game of survival, one harder than the other. However, you can also play a game of almost pure exploration, where food isn’t an issue and animals don’t attack, if you so choose. Nevertheless, whatever mode you opt for, much of Radiation Island is a jumped, jagged experience. Interaction with any of the other beings comes down to hammering them with whatever weapon you have crafted and equipped using either the button on the left or right hand side. So bad is the animation, however, that with many of the weapons, it’s very hard to tell when you’ve made contact, or even how close you need to be to do so.

What’s more, animals frequently get stuck on level architecture, or – when defeated – slide across the floor without cause or reason. It is, in summary, a horrid half-hearted experience that feels last an unwanted blast from the past, and one not helped by the game’s archaic controls. Movement is handled by a virtual thumbstick on the left side of the screen, with your view shifted by swiping left or right on the right hand side. It’s a set-up that’s as uninspired as it is hard to master, especially when the action begins to kick off. 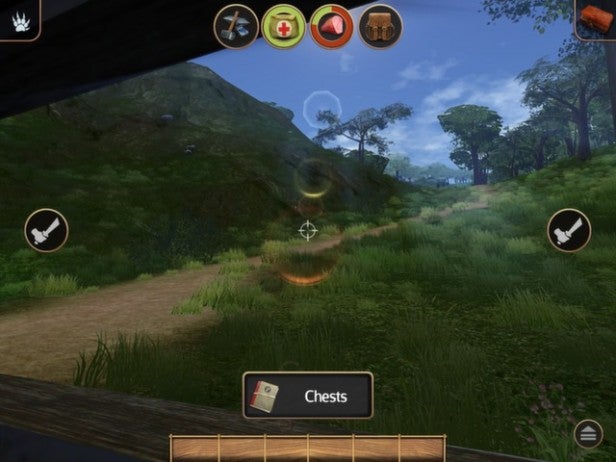 Not that said action is constant. Indeed, much of your time will be spent wandering the vast expanse at your disposal on your own, taking in the admittedly visually impressive surroundings. Exploration is key here – crafting items to use in your quest via a slightly over-complicated menu system takes up much of your time, but it is a system that feels better suited to a PC than it does a mobile; halting your progression to pick up items, combine them in an inventory, before then equipping it, is just too bulky an approach for a mobile game that, even putting this aside, just takes too long to get into.

Thankfully the zombies themselves provide some excitement – and actually arguably behave more realistically than the wildlife. 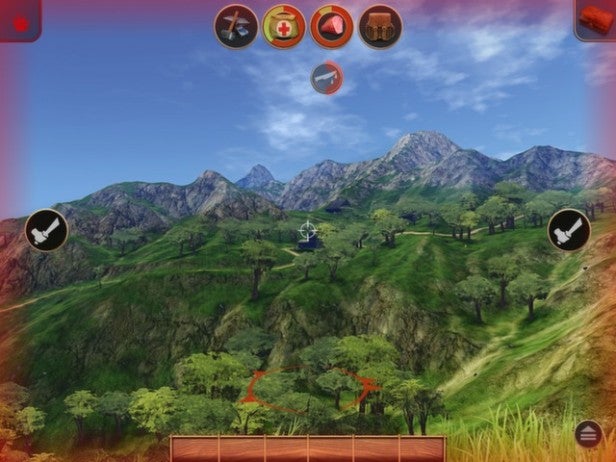 But, if the belief that mobile games have to offer gamers some kind of
meaningful, enjoyable experience within the first few minutes is in any
way true, Radiation Island is a major, major failure.

Ambition cannot be used as an excuse when a game doesn’t deliver, and as open and large as Radiation Island might be, the action contained within stutters to an extent that suggests it has been pushed out half baked. Radiation Island, like other grandiose adventures before it, simply doesn’t lend itself to mobile play, and is a trip that would be better made on another platform.

Verdict
Open and ambitious from the outset, Radiation Island is sadly let down by choppy gameplay that feels like an awkward look back into the past, with a clunky crafting system that never really feels at home on mobile and combat that is equally ill-judged. Its one saving grace is its impressive visuals that lay out an expansive world that’s open to explore, but that can’t turn around a game that feels out of place on smartphones.