The 05 GPS is a dashboard camera from the RAC. Although there are a number of companies releasing such products, having the RAC brand attached to one is sure to inspire driver confidence. Alongside the association with a well-known automotive brand, the 05 GPS has a few other tricks up its sleeves. The video recording resolution is higher than some other dashcams, for starters, and there are additional features to keep your driving safe.

One of the most unique features of the RAC 05 GPS is that it shoots video at “Super HD” resolution, which means 1,296p in this case. The resolution is actually 2,304 x 1,296, which is still a 16:9 aspect ratio. Perhaps more useful, however, is the 2,520 x 1,080 option, which is a 21:9 aspect ratio. This will capture a wider angle of vision, which could be useful for grabbing incidents to one side.

There are other dashcams that support this resolution, so the 05 GPS isn’t unique here, although we’ve yet to review them.

An 8GB microSD card is thrown in, which provides enough storage for 53 minutes at the headline Super HD resolution. As with most dashcams, once the storage is full, it will begin to record over the oldest files, unless the’ve been tagged as “incidents”. You can do this manually, or configure the 05 GPS’s accelerometer so that it does this automatically when it detects a rapid change in speed.

Like the majority of dashcams the 05 GPS is designed to hang down from the top of your windscreen, rather than stick up from the bottom – presumably because most people put their sat-navs in the latter location. The suction cup provides a firm mount, with a micro-USB power connection on the top. The power cable is long, and designed to be routed around the windscreen so as not to obscure your view of the road. 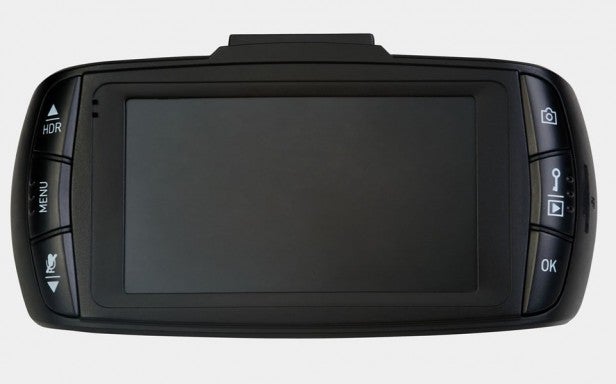 Mountings haven’t been included to fix this cable, however. Also, my usual irritation with dashcams remains: only some cars provide more than one cigarette lighter-style power connection, so you’ll need to invest in a multi-way adapter or dual-USB power adapter to use your sat-nav at the same time as the 05 GPS.

It’s difficult to test features such as FCWS in a safe fashion within a product review. It’s supposed to detect and flash up a warning if you’re arriving too fast at the car in front of you, which isn’t something you’ll want to try out on unsuspecting road users.

LDWS is supposed to kick in if it spots you wandering from your lane, and has settings for motorway, rural and urban roads. This is potentially a life-saver, and I found it worked quite well on motorways. But I’d rather have this built into my car than rely on a device that may need recalibration every time I remove it for safekeeping and put it back for a drive.

Further safety features include Forward Motion Detection Warning (FMDW), which is supposed to alert you when the car in front starts moving in stationary traffic, although I found this didn’t work as reliably as the version in the Snooper DVR-4HD. There’s also a Low Light Warning System (LLWS) that lets you know when you don’t have your lights on in the dark. This seemed to work reasonably well, although not in brightly lit city streets.

Of more everyday use will be the speed camera warnings, a function for which some people use their sat-navs even when they know exactly where they’re going. The 05 GPS relies on the PocketGPSWorld CamerAlert system, which is a user-generated database of some repute. You can also set warnings for when your speed goes above a fixed level from 20 to 70mph, as well as for when you’ve been driving for between and one and four hours, presumably to prompt you to take a rest. 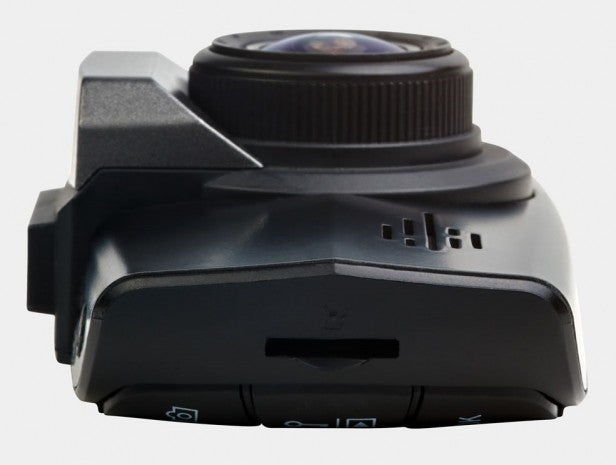 Most of these features need to be turned on manually to enable them. A feature I’m less enamoured with is the motion sensor. This triggers a recording when the accelerometer detects motion, presumably so it captures footage should your car be broken into or stolen. However, you wouldn’t be advised to leave the camera unattended in your car, as it’s likely to encourage the forced entry it’s trying to capture.

On a related note, the Parking Monitor detects a collision when your car is stationary, and is intended to record if someone hits your vehicle when it’s parked. However, with this feature on, the 05 GPS will continually trigger a recording as you carry it around, so you’ll end up with lots of shots of the inside of your pocket. It’s therefore best left off in transit, and again I’m not convinced about leaving the device unattended in a car anyway.

The dashcam itself is only part of the equation. You’ll still want the ability to analyse your footage to find the right file containing the visual evidence of an incident. RAC provides this via the ProofCam Google GPS Player software, which is integrated with Google Maps. Note, however, that while there are 32-bit and 64-bit versions of this software, there’s no MacOS option. I also found the software massively unstable, and effectively unusable.

In theory, when you view your footage via this software, you can see where it took place and your current speed. It’s possible to set the device to embed date, time and a driver ID (such as vehicle registration) into the video, too, which will add to the value of the footage for legal use. The video quality is also a considerable plus, with the 1,296p footage offering a better level of detail than we’ve seen from other dashcams, making text – including number plates – quite legible. 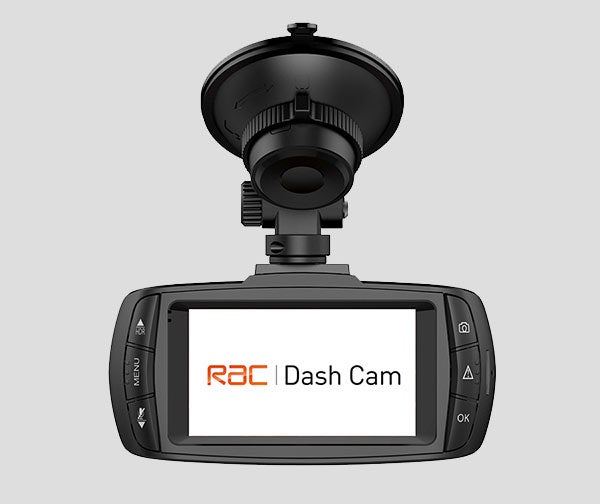 Overall, the RAC 05 GPS is an effective dashboard camera. Manufacturers are packing extra features into their dashcams in order to stand out from the crowd, but the video remains the main feature. Fortunately, although it has its fair share of safety features, when it comes to visual quality the RAC 05 GPS is particularly impressive. If only the bundled Google GPS Player viewing software worked, this would be an even more tempting product.

RAC’s 05 GPS offers a range of safety features, but it’s the video quality that sets it apart from the competition.