Have you met Bluetooth Headset man? You know the kind, the guys in middle management that wonder around the office, down the street, on the train, and everywhere they go with a Bluetooth headset strapped to their ear. More often than not they shout into their earpieces, communicating in a bizarre sub-language of acronyms and management slogans. Suffice to say I’m not a fan, and I doubt I’m alone.


Mr. Bluetooth Headset has a lot to answer for too because they’ve rendered the Bluetooth headset a pariah, despite it being a genuinely useful piece of technology. Anyone whose been caught using their mobile phone while driving ought to understand this, and with any luck should have learnt their lesson as well. 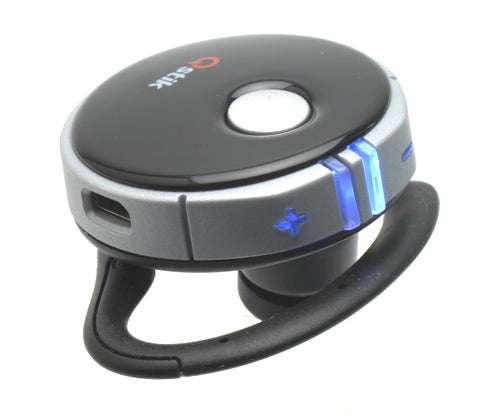 With all this said there’s no shortage of choice in this market, thus making it a competitive one for any company to enter. But, that hasn’t stopped Qstik from doing just that with its EVOQ Bluetooth Headset. It has been kind enough to send us one to look at, along with a USB Dongle. Together they retail for £46.80, placing the EVOQ in the mid-range of Bluetooth headsets, which can cost anywhere between £20 and £70.


Its selling point is the use of a bevy of noise processing technologies, which eliminate echoing, background noise, protect against sudden loud noises and prioritise speech to enhance the audible quality for uninterrupted conversations. Qstik is by no means alone in offering such features, though obviously it would claim its technology is the best. 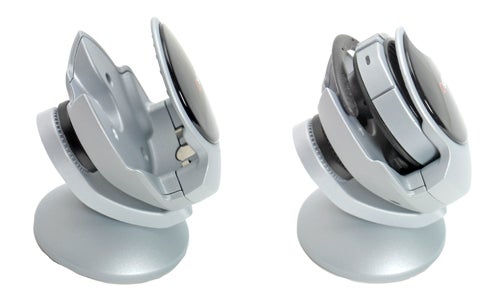 As part of the package you get the headset itself, along with a robust charger stand, mains adapter, manual on CD, a pair of earphones and a replacement ear clip and cover for the in-ear fitting. The included earphones plug into the headset, and are rather like any ordinary set you’d get bundled with a mobile phone. Presumably they’re meant for listening to music when using the supported A2DP streaming profile, though in traditional style the sound quality is so abysmal they’re more likely to make your ears bleed than please them with beautiful melodies.


Dodgy earphones aside, there isn’t a great deal to complain about and the replacement accessories are a generous addition that many will appreciate. The USB dongle, which is sold separately, includes the BlueSoleil Bluetooth software for PC. It’s quite a useful piece of software, allowing you to pair with the headset and any other Bluetooth enabled devices. One potential use is for synchronising your phone, and overall the software is another added bonus.

Initial impressions of the headset are good. It has an attractive circular design, with a piano black outer cover and silver highlights around the edge. On the outside is the main function button, which powers on the headset and answers calls. On the top edge are two volume buttons, with two status lights between them.


The ear clip is on a hinge and it combines with the earphone like appendage to secure the headset onto your ear. For the most part the headset is fairly comfortable, there are no awkward points of friction and the headset is moderately secure. 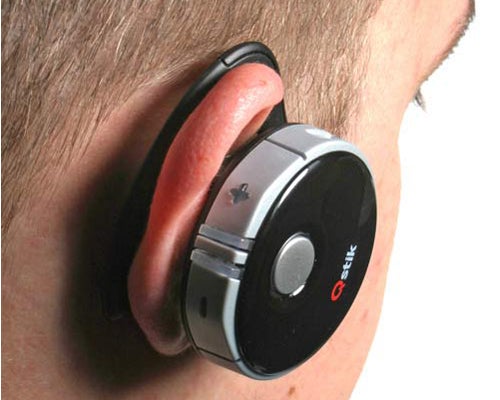 But, it must be said that the EVOQ isn’t the smallest or lightest of Bluetooth headsets. Weighing in at 25g it may not sound heavy, but compared to the Jabra JX10 at 10g and even the Motorola HS-850 at 19.9g, it’s really quite chunky. This becomes evident the longer you use the EVOQ too, and after a few hours of wearing the headset it can cause a little soreness. This is obviously a bit of a problem, especially if you’re given to wearing a headset throughout the day.


Another disappointment is the battery life, which is quoted at 150 hours standby and up to five hours talk-time. This is quite a way below expectations, with many competing devices managing 200 hours or more standby and six or so hours of talk-time. Testing verified the five hour figure to be pretty accurate though, so at least no fibs are being told. 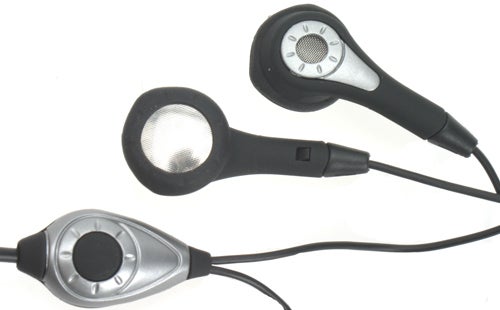 Thankfully, the EVOQ does redeem itself because it does deliver on its promises. It does a good job of filtering background noise and enhancing voices during phone calls. The Acoustic shock limiter is also very handy, preventing over zealous children from shouting down the phone into your ear drum. Occasionally we found some digital distorting as the processing kicked in, but in truth it was a rare occurrence.


Overall, though, the noise cancelling features of the EVOQ performed well, making the EVOQ a good solution for those who find audio clarity a problem. But, one can’t help but think the slightly disappointing battery performance and weightiness of the EVOQ will become a real annoyance over time. Put simply, the EVOQ just isn’t as comfortable over long periods as other headsets and this is just as important a consideration as sound quality. 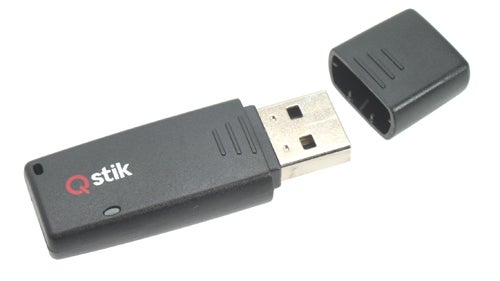 
The Qstik EVOQ is a Bluetooth headset with some intriguing features, but it’s let down the bulky design that makes prolonged use awkward. Moreover, although it performs well, the EVOQ is by no means alone in offering noise reduction features and we’d sooner have something lighter.