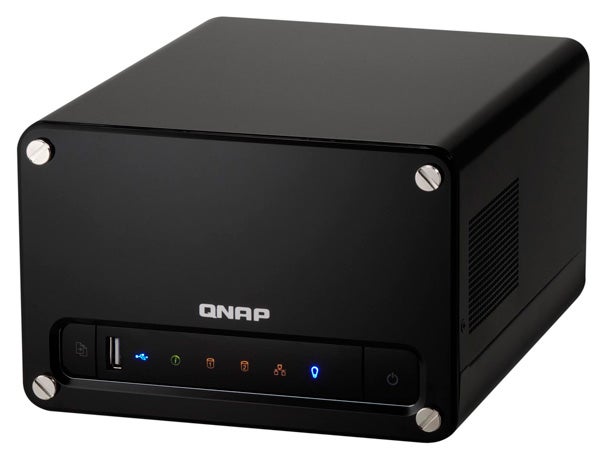 The chassis doesn’t see too many changes from the older TS-209, so you get the same pair of sturdy hot-swap hard disk sleds, a single Gigabit port and three USB 2.0 ports for adding external storage and sharing printers.


Performance gets a boost as the 500MHz SoC (System on Chip) in the TS-209 is replaced with a 1.2GHz Marvell whilst the system and flash memory get doubled to 512MB DDR2 and 16MB respectively. RAID support extends to stripes, mirrors, linear disks and JBODs and for testing we popped in a couple of 1TB WD GreenPower SATA drives and saw a mirror take just over four hours to create.


The new hardware package delivers in the performance stakes as the TS-219 is much faster than its predecessor. Using a Broadberry CyberServe server equipped with dual 2.8GHz X5560 Xeons and 12GB of DDR3 memory we recorded read and write speeds of 50MB/sec and 27MB/sec with drag and drop copies of a 2.52GB video clip. 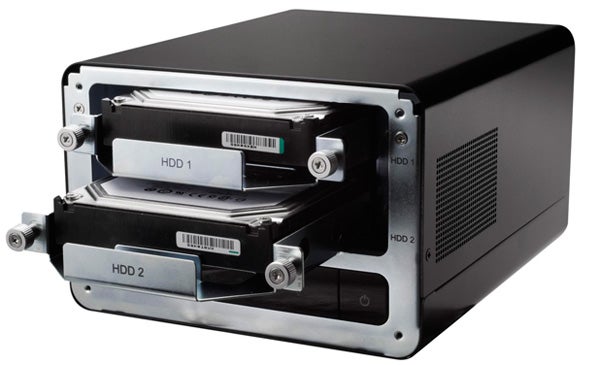 We found QNAP’s quoted FTP write speeds of 45MB/sec to be slightly optimistic with the FileZilla FTP client reporting an average of 36MB/sec when copying the video clip to the appliance. Read speeds are pretty much on the money, though, with FileZilla returning averages of around 73MB/sec.


With QNAP’s Finder utility on the case, installation won’t take long as it hunts down the appliance on the network, loads its firmware and provides quick access to its web interface. And what an improvement it is, as it opens with a slick Apple iTunes-style cover flow menu for accessing management, shared folders, the surveillance station, support and forums. Moving into administration delivers a well-designed interface that’s not too dissimilar to that provided with Synology’s latest NAS appliances.


You get a tree menu to the left providing swift access to each feature, which you configure in the main pane opposite. Client support extends to Windows, Linux, Unix and Mac users whilst for access security you can use the local database or integrate the appliance into an AD domain. Storage usage can be strictly controlled with a global quota for all users and you can also apply individual limits as well.

The new Surveillance Station on the TS-219 supports two IP cameras and offers live views, recording and motion detection services. We tested this with Axis 216FD and 213PTZ models which worked fine with the appliance. A single window provides access to all live feeds with options for picture-in-picture and full screen and you can set up recording schedules. For the 213PTZ camera we could remotely control its pan, tilt and zoom functions directly from QNAP’s interface.


You’re spoilt for multimedia functions as the TS-219 has a TwonkyMedia UPnP media server, an iTunes server and a Multimedia Station that lets you store and view photographs and run slideshows. The appliance can also function as a full web server as it offers an integral MySQL server plus support for PHP4. 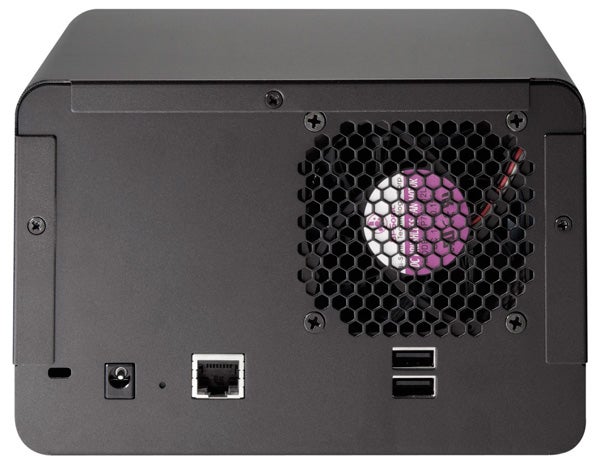 The iSCSI feature is easy enough to use as you provide a name which is appended to the target’s IQN, decide on a size and apply CHAP authentication if required. Creation is surprisingly lengthy because the appliance took 20 minutes to create a small 50GB target, and from the Resource Usage page we could see it giving the CPU a jolly good thrashing. Even so, we had no problems logging on to it using Microsoft’s freely available Initiator software.


IP SAN performance is reasonable for a dual drive appliance with the Iometer utility reporting average raw read and write speeds of 50MB/sec and 35MB/sec. We’re not sure many will use it but the new Virtual Disk feature allows you to declare iSCSI targets on other QNAP appliances to the TS-219 which then exports them as network shares. 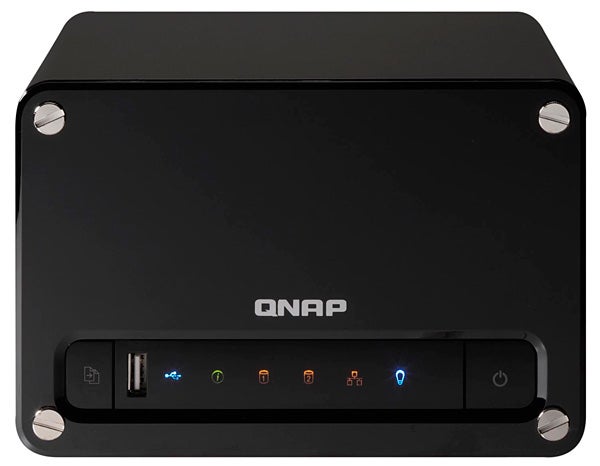 QNAP provides plenty of backup tools with the NetBak Replicator software securing local data on workstations to the appliance. Configured on the source appliance, remote replication runs scheduled copies of source folders to a remote QNAP appliance, encrypts and compresses the data and carries out block level incremental copies after the first full backup.


The Download Station is accessed via its own web interface and provides facilities for retrieving remote files using BitTorrent, HTTP and FTP. Users can also access this by installing the QGet tool on their PC where they can create their own download tasks. You can also quickly backup data on a USB device by plugging it into the front port and pressing the button next to it which initiates a copy of all its contents to a predefined folder on the appliance.


For a dual drive appliance, the TS-219 packs the features in and delivers a reasonable performance. It also looks good value, delivers plenty of backup tools and the new Ajax-based web interface is a very welcome addition that’ll make configuration so much easier. 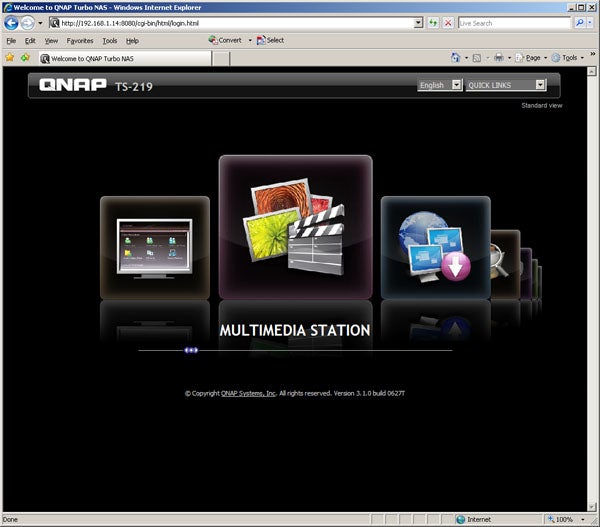 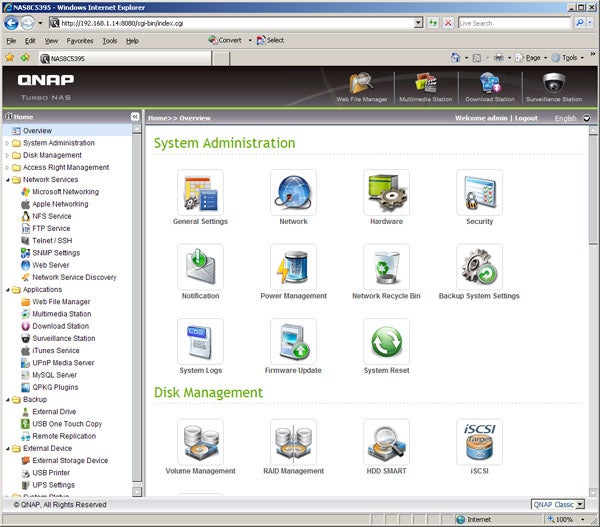 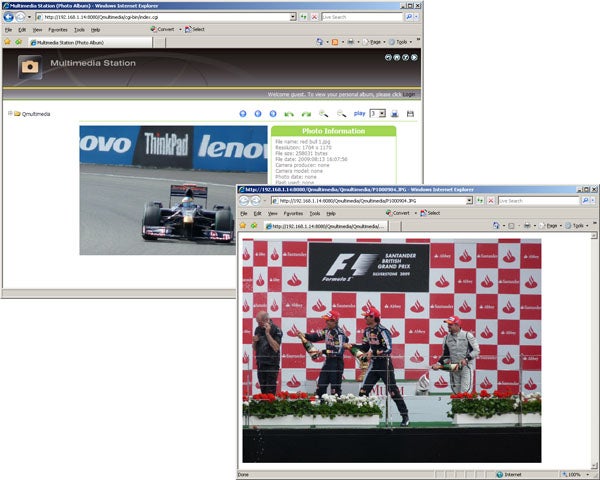 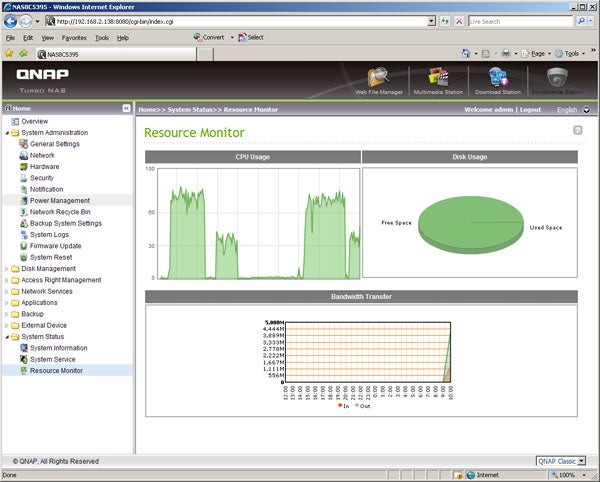 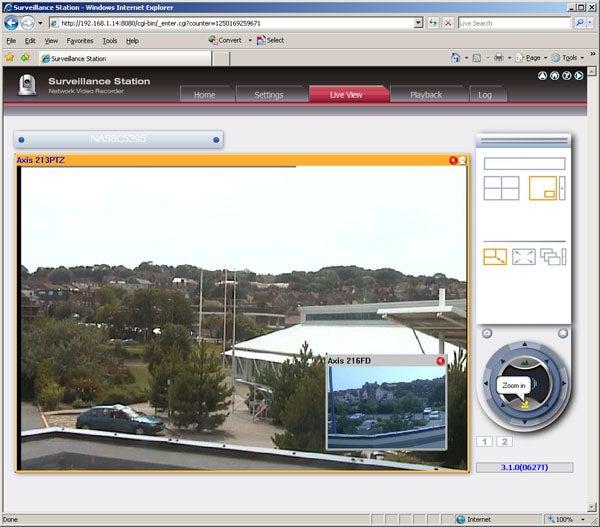