What is the Q Acoustics M2?

About five years ago, Q Acoustics began to really shake up the audio scene. The company systematically worked its way from hi-fi kit to desktop speakers and soundbars, generally offering excellent sound quality for the money.

Now it’s time for a new category: the soundbase; because flat-screen TVs often sound poor and some people don’t want a soundbar blocking the bottom of their screen. 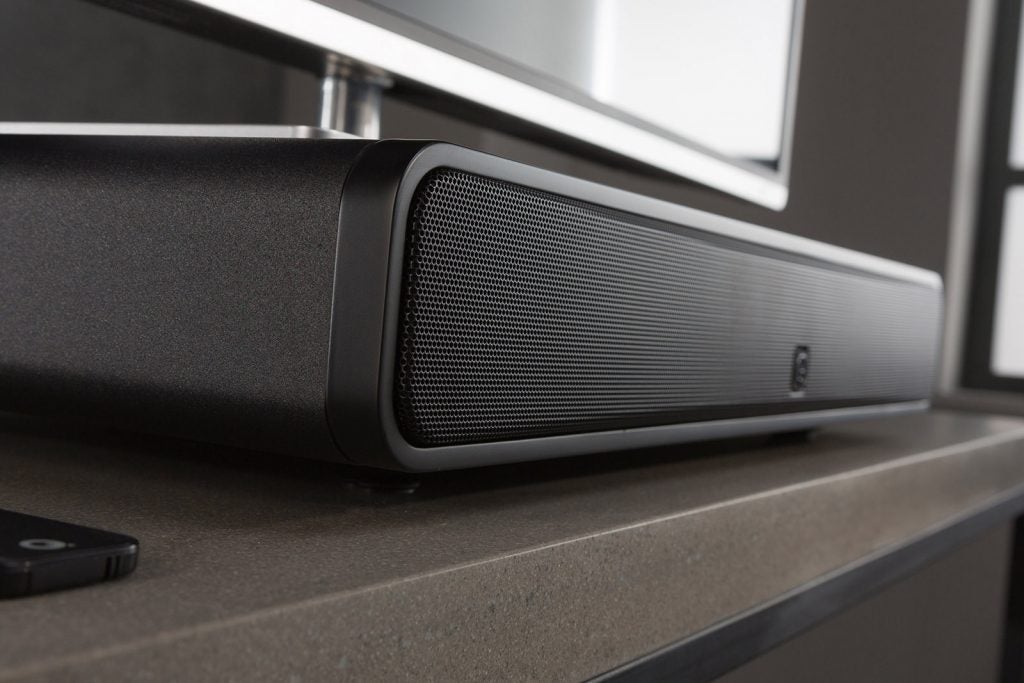 It’s best to think of a soundbase as a deeper, flatter, space-saving alternative to a soundbar. Measuring W550 x H93 x D338mm, the Q Acoustics M2 is made to sit beneath your TV, either between the legs or directly under a central pedestal.

In order to carry TVs, this unit needs to be tough. Just as well, then, that the Q Acoustics M2 can withstand a load of 25kg. That’s a good deal more than the weight limit of baggage on most commercial airlines. I sat the M2 beneath my old 50-inch Panasonic plasma – a 22kg beast – and there wasn’t a single creak to be heard. 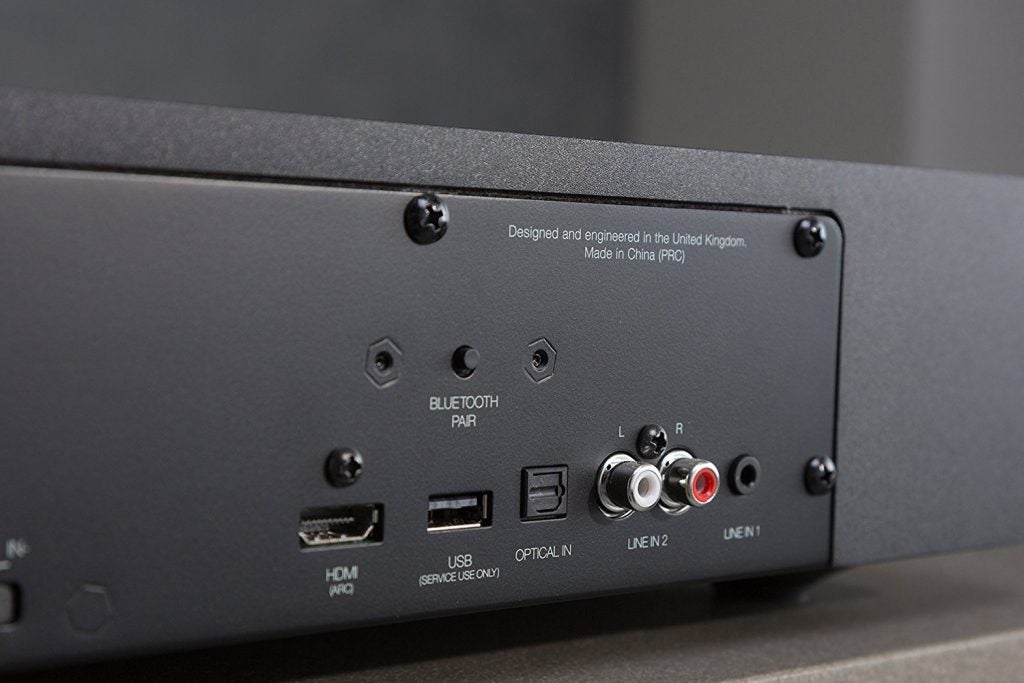 Elsewhere, the Q Acoustics M2 uses twin BMR (balanced mode radiator) speakers in an attempt to widen the sound. The idea is that you don’t need to sit in the middle ‘sweet spot’ on the sofa to benefit from decent performance. There’s also a downward-firing subwoofer.

Other sonic tricks include a switch on the rear of the unit that adapts the EQ for better sound, depending on whether the soundbase is on furniture out in the open, in a confined space, or in a large cabinet. The claim is that you can squeeze the soundbase into your AV cabinet, alongside your Blu-ray player or games console, while maintaining a sensible tonal balance.

There are no fancy multiroom audio smarts, of the type seen in more expensive rivals such as the Sonos Playbase. But the Q Acoustics M2 does support aptX Bluetooth streaming, plus NFC for faster device pairing.

At the back of the unit you’ll find an ARC-compatible HDMI socket, alongside optical, RCA and 3.5mm inputs. The former means you can use your TV remote to control the M2, which is welcome because Q Acoustics’ remote is a plasticky unit that you’re likely to lose within five minutes. 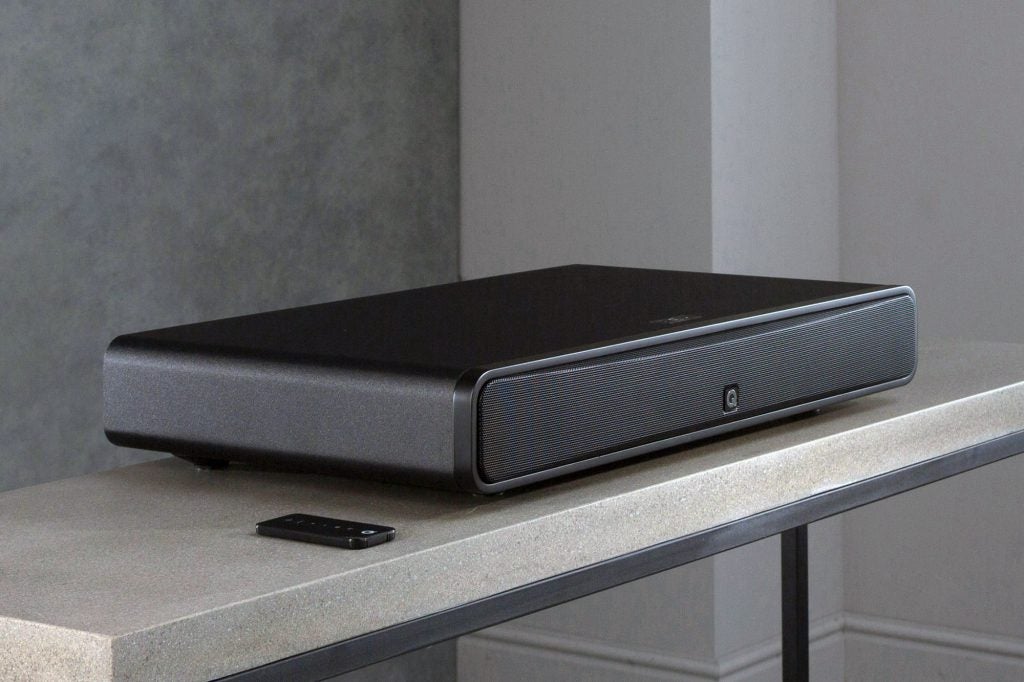 Fortunately, the poor remote is the only thing I have to complain about, because the M2 sounds superb.

There are some manufacturers that believe a soundbar is just there to give your TV a bit of help in the bass department. Thankfully, Q Acoustics is a little more sophisticated than that. The M2’s  ‘standard’ mode is tuned to sound similar to the Q Acoustics hi-fi speakers, which have a more neutral tonal balance. That means the M2 could technically serve as a sound system in its own right.

There’s no shortage of low-end power. Explosions will easily shake your light fittings and irritate your neighbour. But the tradeoff is a more subtle performance than you’d get from most £300 soundbases.

Q Acoustics has really made an effort to ensure each part of the frequency range is just right. The treble is clear and sparkly, without ever coming across as thin. The mid-range is direct and meaty, giving substance to voices.

The M2 doesn’t have any virtual surround modes, which isn’t an issue since they’re generally a bit rubbish. Instead it relies on its own wide soundstage, which comfortably goes beyond the borders of a 50 or even 65-inch TV.

I’ll finish this off with a setup tip. I’d keep the M2 as close to the centre and bottom of the TV as possible. Q Acoustics has made accommodations for those who want to put it elsewhere, but I tried having it in my AV rack about a foot below the TV and the disconnect between picture and sound felt odd. This soundbase really belongs right under the picture. 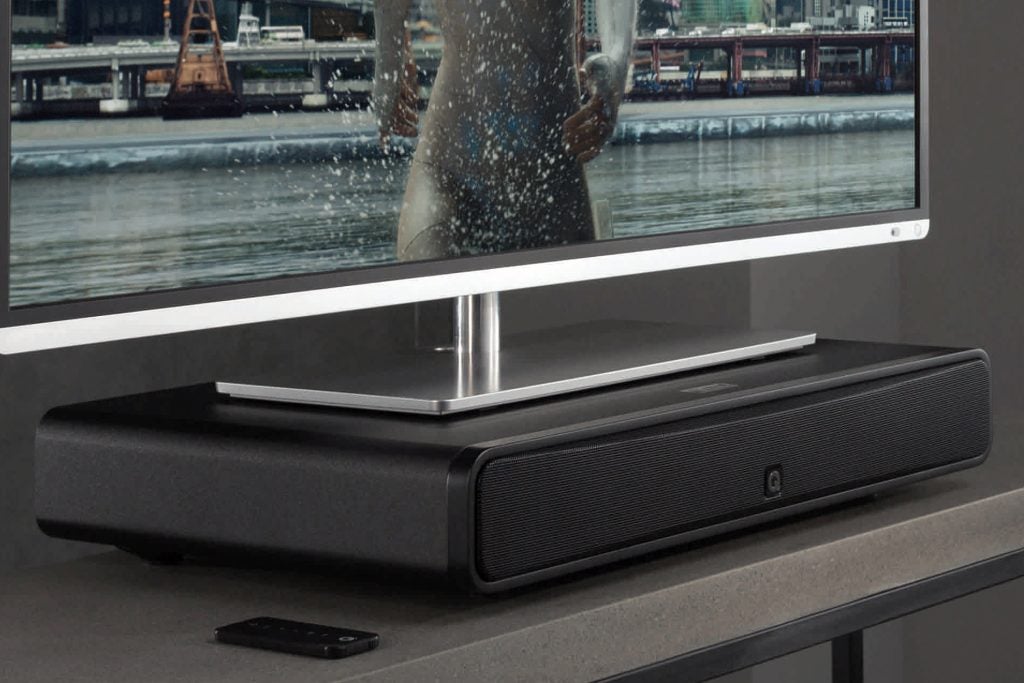 Why buy the Q Acoustics M2?

If your TV produces poor sound, you’ve got no room for big speakers, and you don’t want a soundbar blocking the bottom of your screen, then a soundbase is the solution. And as soundbases go, the Q Acoustics M2 is easy to recommend. It’s easy to use, it’s relatively inexpensive, and it sounds great.