Available on PS4 and Windows

It’s tough to release a game that’s as creative as it is bizarre, but that’s exactly what developer Supergiant has achieved with Pyre. The developer has taken everything the studio learned making Bastion and Transistor, two very well received titles, and used it as a basis to forge something truly unique.

Early on everything from the game’s skill tree upgrade system to its fantastical setting and cast of characters feels familiar and has links – even if only slightly – to what came before. From there, however, everything’s brand new. The highlight of these changes and Pyre overall is undoubtedly its battle system. To try and explain it in depth here would actually do more harm than good, because on paper it sounds overly complicated and positively daunting.

At a basic level you still see everything play out from an overhead viewpoint, and as before you’re tasked to balance cool-down periods and intelligently pick when to use certain abilities. What makes the combat truly interesting, though, is your slightly atypical goal. 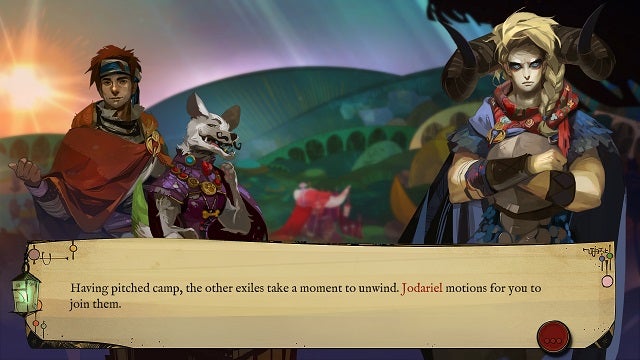 Instead of asking you to wipe out waves of enemies with a giant sword, Pyre is inspired by sports and at times almost resembles a game of American football. Your main objective is to take a glowing orb and move it to your opponent’s zone, or ‘pyre’. When you do, you take away a chunk of their HP. You also have to defend yours in order to stay alive. It is essentially like two sports teams trying to score a goal.  The system sounds weird, but that’s the appeal here. Supergiant has managed to come up with a concept that doesn’t fit any of the usual tropes we expect but also ensured that it works.

There’s more to this idea as well – you can only move one of your three characters at a time, for example – but after a few attempts it’s very easy to get lost in it entirely. There are dozens of different strategies and tactics you can come up with to ‘score’, and figuring out what works and what doesn’t is incredibly satisfying. It’s very similar to finally getting your head around turn-based combat way back when. As soon as it clicks, you’ll be won over hook, line and sinker.

Thankfully Pyre doesn’t just rest on this concept; what surrounds it holds it own too. The game is full of personality thanks to its willingness to constantly break the fourth wall – you’ve also got a very decent RPG that allows you to level up your party, get lost in a very good story and just appreciate the world that’s been put together. 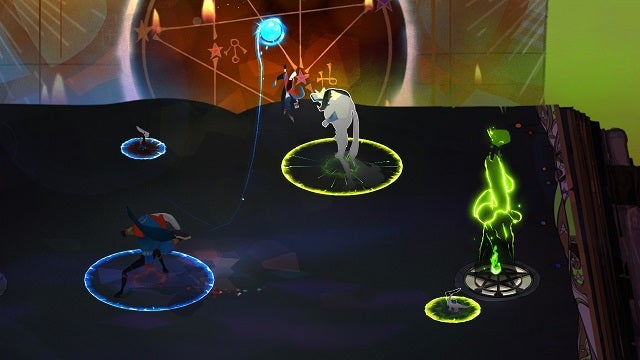 You’re never forced to do anything you don’t want to do, either – even learning more about the lore is optional. While doing so can actually aid you in your quest, knowing it’s possible to just get your head down and drive forward is a very welcome touch. If you have all the time in the world to spare, then great, dive into the lore, but if not, there’s nothing stopping you from ploughing on.

This is bolstered by the fact that the narrative and cast of characters are so damn likeable. The more time you spend with your band of heroes the more you’ll learn to love them – as well as their, at times, hard-hitting backstories. Before long you’ll be lost in the universe Supergiant has created and marvel at how it so seamlessly combines the serious with the surreal.

Pyre is another feather in the developer’s cap, and in my mind it will have the same impact Transistor and Bastion did, as I genuinely can’t think of anything else like it. It is a one-of-a-kind, truly novel experience that’s a pleasure to play. There are sure to be some who can’t get their head around it, but everyone else will be smitten within the first hour. 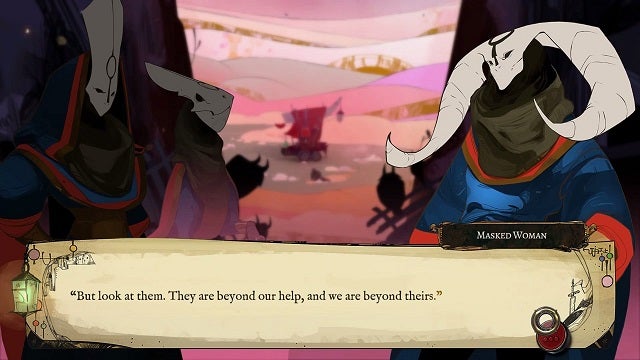 Pyre is one of the quirkiest, fun and most fascinating titles of 2017.