The Pure Contour 200i Air is the AirPlay version of a Contour dock released last year. It’s compact, fairly stylish and – thanks to its wireless chops – can be set playing before you even enter the room. But does this dock claiming “room-filling” sound supply the goods?

Design and Features
The Pure Contour 200i Air is in some respects a very simple device. Pure is best-known as a maker of DAB radios, but there’s not a single tuner to be found here. Instead, almost all audio will come directly from your phone, tablet or computer, whether sent through the front iOS dock port or transmitted over AirPlay. 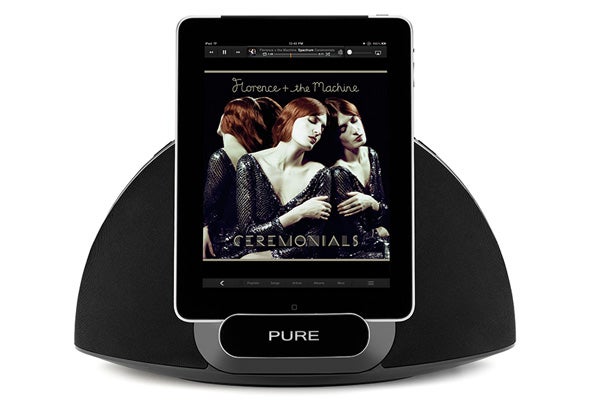 Getting back to basics rules-out needing two things that stopped the original Contour from looking truly pretty – an aerial and the front display. There’s no display on the Contour 200i Air whatsoever, making this the best-looking contour yet. Instead of an LCD screen, there’s a colour-changing LED hidden under the front grille to let you know what the dock’s doing.

The 200i Air’s body is a curvy semi-circle of fabric grille-topped plastic, with a band of silver running along its top that houses the function buttons, controlling volume and power. The front iOS dock doesn’t retract back into the dock’s body, but has a sloped-sides design that makes it look good regardless. It’ll take iPads as well as iPhone and iPod touches, and has no trouble charging the latest Apple devices. 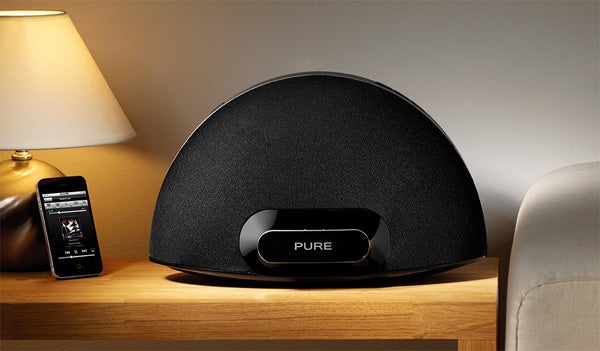 The Contour 200i Air may not feature the top-end, heavy materials of something like the Philips Fidelio DS9010, but it’s among the best-looking affordable iPod docks – especially if you’re looking for something sober rather than showy. Just under 40cm wide, it’s large enough to appear a “full-size” dock without taking over your living room.

The culled feature you’re likely to miss the most is the integrated DAB/FM tuner. You can get access to any content it would offer easily enough using a connected smartphone, but there’s something to be said for the immediacy of a DAB radio. The lack of integrated internet radio is less of a problem – flicking through reams of stations always feels a little compromised using dock controls, and works much better on a smartphone or tablet screen.

Connectivity
The Pure Contour 200i Air is home to a couple of additional sockets that open-up the limited functionality a little. There’s a 3.5mm auxiliary input and a coaxial digital output on the back, which will let you connect to a full-size hi-fi system. 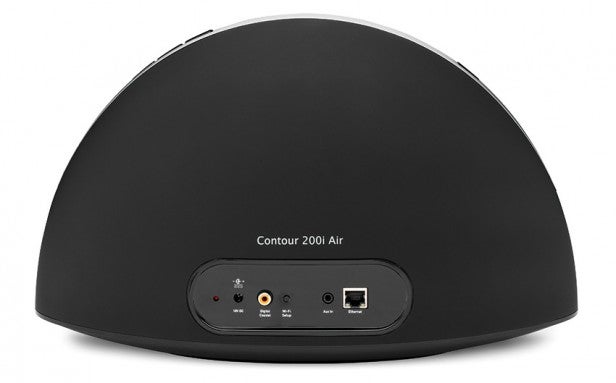 Alongside the aux-in is an Ethernet port. The Contour 200i Air has integrated Wi-Fi, but if your home wireless is a little spotty, you can use this port to connect directly to your router.

Once up and running you’re meant to use the Contour 200i with the Pure Lounge app, which lets you access thousands of internet radio stations as well as Pure’s on-demand streaming service Pure Music. There’s nothing tying you this app, though, and you can simply pipe content over using the integrated iOS media player, or iTunes when using a computer.

Setup and Performance
Pure has done its best to make the Pure Contour 200i easy to setup, but with Wi-Fi involved, there are always going to be a few potential hiccups. The aim of the game is to get the dock hooked-up to your home Wi-Fi, and there are three ways to go about it.

All of them involve the little Wi-Fi setup button on the rear. Press this down until the front LED flashes blue and green, showing that the 200i Air is creating its own Wi-Fi hotspot. Connect to this with a computer, smartphone or tablet, follow the on-screen instructions and, hey-presto, you’re done. 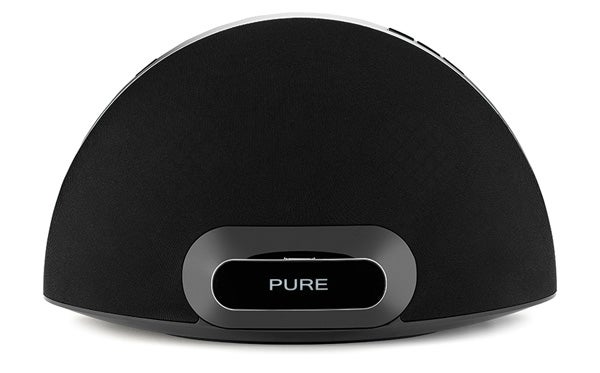 Alternatively, you can jam a connected iPhone or iPad into the front connector and press the Wi-Fi setup button. Again, follow the on-screen prompts on your device and you’ll be finished in a few seconds. Keep the instruction booklet at the ready, though, because you do need to know what the various front LED colours mean to know all is going as planned.

AirPlay performance is reasonably solid these days, but we did notice occasional drop-outs when the internet connection was under strain from other devices. It’s not so keen on sharing a connection, it seems. This isn’t Pure’s fault, though.

Sound Quality
The Pure Contour 200i Air has two drivers, each 3.5in across, and each equipped with a downward-firing bass port for a more coherent and powerful low-end. They share 36W of power.

The sound signature is pure Pure. It’s warm and bassy, and as advertised it provides much greater scale than the company’s dinky DAB radios, which for the most part use single 3.5in drivers. We found the bass response a little too much at times, drawing attention to the lack of EQ options on the Contour 200i.

Some other Pure devices give you separate control over bass and treble with the menu system, but here you only have EQ control though whatever music app you’re using. However, software EQ like this is less effective than a deeper-rooted alternative.

Without an EQ applied, the lack of a dedicated tweeter becomes quite apparent. Top-end clarity and definition is limited, and while the Contour 200i can thump out tunes in a reasonably authoritative manner in small-to-medium sized rooms, it’s not an audio obsessive’s top choice. If pure sound quality is your top concern, the non-wireless Monitor Audio i-deck 100 is a better buy at the price. The Contour doesn’t make music sparkle in the same way. 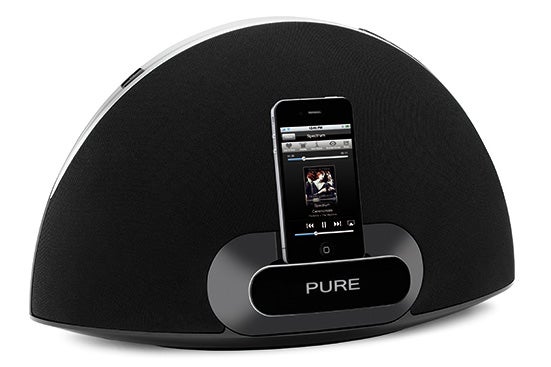 Value
Reasonably affordable docks like the Pure Contour i200 Air suffer from the sting of AirPlay the most. It’s not the cheapest of technologies to implement, which is why the dock costs double the price of the original Contour and a solid £30 more than the second-gen Contour, with its tuners and integrated internet radio.

In aesthetic terms alone, it’s our favourite Contour to date, but at this price we’d tend to advise going to the cheaper model. It’ll have similar functionality soon anyway, thanks to Pure Stream – Pure’s alternative to AirPlay.

The Pure Contour 200i Air strips out Pure staples in order to fit AirPlay into a dock without costing the moon. Its design is attractively simple, it’s easy to use, fills most rooms with sound and doubles as a neat family-friendly iOS charge dock. However, limited treble performance and the added cost of AirPlay boosts it into a price bracket its sound quality doesn’t feel entirely at home in.