As my mother would recount to me after countless teenage dates, “if you love something, let it go.” Back then, letting it go tended to mean never actually seeing it again apart from the odd awkward encounter in the school corridors, but as she also pointed out to me at the time, forcing someone into an unhappy relationship is not a wise idea.

As countless friends have discovered in the years that follow, such a strategy can lead to your other half playing away from home, a consequence that, as many an A&E department will tell you, can quickly give rise to the slightly modified adage, “if you love something, chop it off”.

Coincidentally, if developer Joel McDonald was looking for a tagline for his latest iOS release Prune, the chop it off mantra would be a rather good fit. Here, planting and pruning are your only points of input as you watch an unspecified tree-like plant sprout from the ground and head skywards as it searches for sunlight. The goal is to help the plant in question reach those rays, the blossoming of its branches the signal that your target has been achieved. 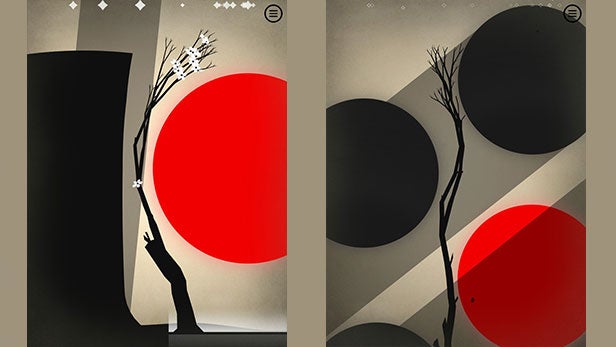 The problem is, en route to that light are a number of obstacles standing in your way. Like planets fallen from the sky and hovering just above land instead, the main blocker in your path are giant black spheres that, on contact, cut off the fresh shoots and halt the plant’s progress. These are later followed by more complex orbs as the game gets more difficult, with the second batch of stages bringing giant red spheres into play that slowly infect and kill your plant from root to tip upon touch.

Guiding the fresh shoots around these pitfalls is your main job, though the only way you can influence its growth once it has set force out of the earth is to cut off branches. The more branches the plant has, the slower it grows and the quicker its energy will run out, typically long before it has reached the fabled light. As such, cutting fruitless new branches off as they start to grow is the best way to streamline your way to the light, with the idea being to leave the branch headed in the right direction and prune all others every time the plant starts to fork. 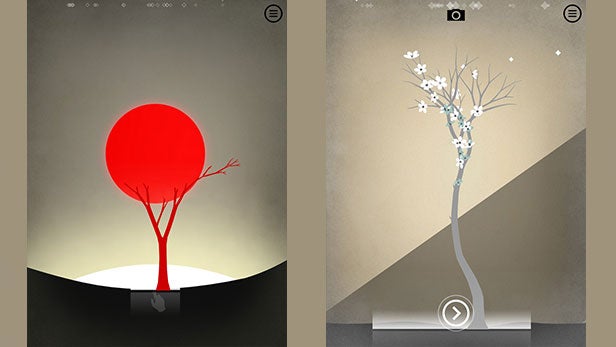 Though the plant grows relatively slowly, deciding which branches to cull and which to leave is in practice a split second decision, with letting your seedling grow in too many directions risking one of the branches making contact with a sphere and ending your run prematurely. You really don’t have time to wait and see, turning what visibly seems to be quite a serene game into something all the more pressurised.

That said, Prune’s structure is not typical of a video game. There’s no score to chase, no clock to beat, or indeed any way of rating your performance – you either succeed or you fail. Even then, if you come unstuck all too many times in a stage, Prune lets you skip to the next stage: this may be a game that boasts considerable challenge the longer you play, but it’s not a title that wants to saddle you with frustration. If you encounter a stage that, for whatever reason, is beyond you, Prune has no problem with ushering you past onto the next level – a level that, supposedly more difficult, might be more to your liking. 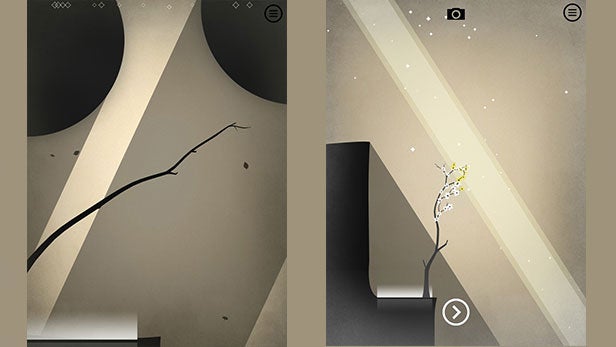 That’s what makes Prune the perfect mobile puzzle. It has a very simple concept, intentionally limited controls – you swipe to set the first sprout in motion and then swipe, swipe, swipe to keep it on track –  and a challenge that is tailored for snippets of play rather than a sustained run.

Add to that some minimalist yet somehow still intricate visuals and a soundtrack that doesn’t just react to play, but actually informs it, and you have Prune – a game that teaches you that less can actually mean more. In a world dominated by increasingly complex next-gen games with multiple game modes, hours of play and expansion packs aplenty – many of which take years to develop at the cost of millions of pounds they never actually make back – that’s a lesson some of Joel McDonald’s peers could well do with taking on board.

Verdict
Simple in delivery, delicate in design, but truly exquisite to take on, Prune’s puzzle perfect play – which tasks you with slicing through a plant as it heads towards the light to ensure it stays on the right path – joins an elite group of games that truly gets the way people play mobile games.