Available on Xbox 360, PS3 (version tested)
Just like the movie industry and the music industry, the games industry has its fads. Prototype 2 is an example of one that has come in and out of fashion: the open-world superhero game. Open world games are themselves a little out of favour. After a period in 2007 to 2009 when they appeared to be taking over every genre, there were only a handful of notable efforts last year. Superhero spins are even more so, with 2010’s Crackdown 2 a serious disappointment, and the big comic-book franchises ditching open worlds for more straightforward narrative-led affairs (though you could argue that Batman: Arkham City was an open-world game, and the next Spider-Man looks set to return to the style). 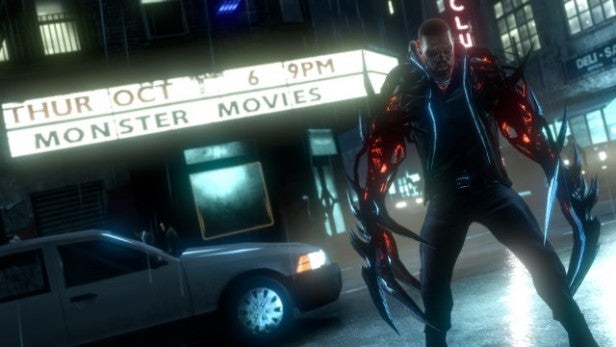 Too late the sequel?
Perhaps that’s why Prototype 2 feels a little like it’s come along too late. Nor does it help that, like the original Prototype, it’s doomed to unflattering comparisons with Sucker Punch’s excellent inFamous and inFamous 2. The latter is arguably the best of breed, with fantastic comic-book visuals, a great range of superpowers, a convincing and interesting game world, a cool hero, great villains and exciting and varied missions. In many of these areas, Prototype falls short of the mark.

It’s also true that while Radical Entertainment and Activision promised us a more likable and sympathetic hero and a more engaging plot, the reality is a little different. Sure, we have a hero with a likeable and sympathetic background, but in-game James Heller is little more than your traditional vengeance-driven, violence-loving brute, while the plot comes straight from the games cliché factory. As a quick précis, Heller is a soldier who’s on tour when a second epidemic of Prototype’s Mercer Virus hits New York. Sadly, this isn’t the kind of virus where everybody sneezes, but the kind where victims turn into ravening mutant horrors and attack their neighbours. When Heller’s wife and child are killed, Prototype’s hero Alex Mercer gets the blame, and Heller enters New York on a mission for revenge. 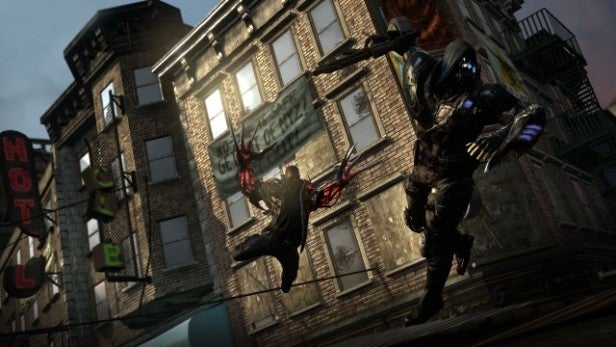 Out on the Town
However, things aren’t quite so simple. What he finds is a broken city occupied by Blackwatch, an evil private security force, and where a sinister company, Gentek, is openly experimenting on the citizens. In a fight with Mercer, Heller becomes infected with the virus, but instead of dying he begins to develop a new version of Mercer’s superpowers. Escaping a secret Gentek lab, he takes to the streets in a bid to stop the virus and put an end to Blackwatch’s nefarious plans.

Heller starts off with a fairly basic range of powers. He can run at high speeds and even up the sides of buildings. He can jump higher and further than your average bloke. He can glide limited distances, grab and toss heavy objects and attack enemies with savage claws. Most usefully, he can grab and ‘devour’ his foes, recharging his health and stealing their memories and their form. 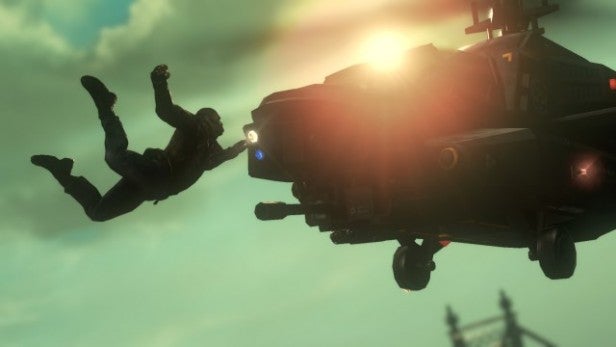 That’s a fair range of options, but Prototype 2 is a very combat-focused game. Much of the game is dominated by a simple cycle where you travel to a Blackwatch or Gentek base, devour and impersonate a guard to gain access, complete specific objectives, devour and impersonate some other key target to gain access to the next bit, and then go through some mass-scale fracas or mutant-battering boss battle. In fact, to say that it’s combat-focused is putting it mildly. There’s some variety in the side-missions, where you’ll find yourself collecting Blackwatch info, attacking Blackwatch operatives or, in the most interesting series, disrupting Blackwatch and Gentek research programs, but Prototype II is primarily a game about finding groups of enemies and tearing them to bloody shreds.

Picking faults with Prototype II is like shooting fish in a barrel. The core action is undeniably repetitive. Heller isn’t actually that interesting a hero. As a setting, post-outbreak New York lacks character, and the populace never gives it that living, breathing feel. Enemy behaviour is smartly tuned in that you’re not constantly struggling to evade attention, but it’s weird that highly-trained Blackwatch troops find nothing peculiar when someone that looks like one of their comrades leaps down from the top of a skyscraper and strolls towards the nearest security door, or races up the nearest wall. It’s surprising that, after inFamous 2, the last three Assassin’s Creed games and Red Dead Redemption, Prototype II still struggles with some of the basics of what makes an open-world game tick. 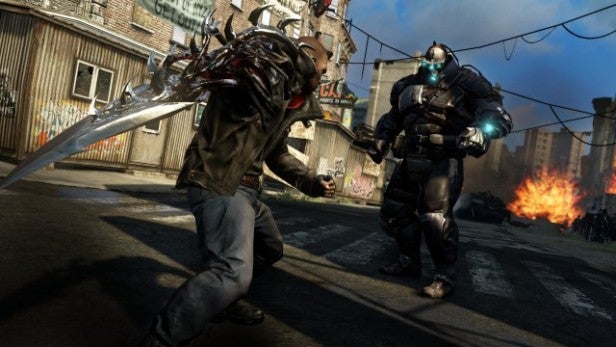 And for the first few hours, it struggles to make much of an impression. The graphics are decent, but without the detail or lustre we’ve become used to in Assassin’s Creed and inFamous 2. The story and the dialogue fail to grip. You begin to wish that getting around the city was a little more exciting, and that the mission design was a bit more innovative. The combat early on is fun, with plenty of toys to throw around and weapons to fire – not to mention lashings of good old-fashioned gore – but it’s not particularly distinctive or enthralling. For the first few hours we had Prototype 2 down as decent but thoroughly unremarkable.

With Great Power….
Given more time, though, the game begins to blossom. Completing the main story missions unlocks new powers, like vicious, spiking, clubbing and stretching tendrils, meaty shields that deflect incoming missiles and a destructive power that transforms Heller into a sort of walking bomb. With these at your disposal, the game transforms. The slightly pedestrian skirmishes of the first few hours become exercises in experimental mayhem, as you find new ways to unleash your powers on your foes in a series of spectacular bloodbaths. It’s fast. It’s frenetic. Its fun. 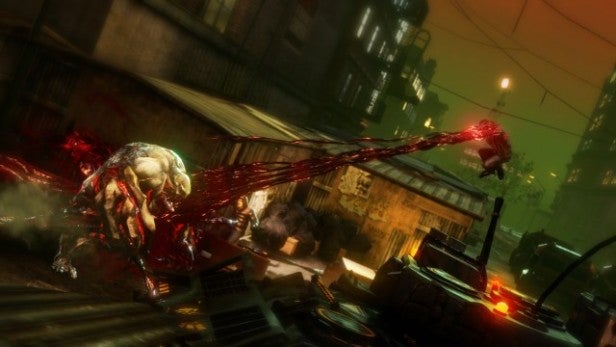 Your enemies grow tougher too, and suddenly you’re having to play a bit more tactically, controlling the crowds of Blackwatch infantry while dealing with the tanks, helicopters, experimental super-soldiers and rampaging mutants. Meanwhile, upgrading your other abilities makes it faster and more enjoyable to speed across the rooftops, tackle Blackwatch control points and complete the secondary missions. The result? Within a couple of hours, Prototype II goes straight from ‘Meh…’ to ‘Hell, yeah!’ 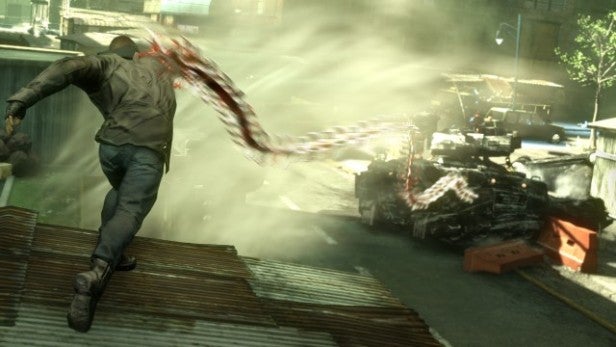 This isn’t quite enough to elevate the game to greatness. Really interesting missions are rather few and far between, and the game tends to drift from one fracas to the next in an enjoyable but not always particularly memorable blur. When it comes to mission design, game-world and high-speed thrills Prototype II consistently plays second fiddle to the inFamous sequel. Yet there’s no denying that Prototype II has a real hook: making you feel like post-epidemic New York’s biggest badass, and tempting you with the knowledge that you’ll be an even bigger badass if you keep on playing. For many gamers, that’s going to be more than enough.

Verdict
In many ways Prototype II falls behind the best of its open world superhero rivals, but once it hits full-swing it delivers some of the most intense and satisfying super-powered scraps around. With great power comes not just great responsibility, but real entertainment, and while this sequel lacks the stuff of genius, it’s a lot more fun than it initially appears.