The 205 is another RAC-branded dashboard camera from ProofCam. It’s on the budget end of the scale – although it isn’t exactly cheap – and so doesn’t offer premium features such as video resolutions beyond Full HD. However, you do get a torch in the bundle to help in emergency situations.

ProofCam doesn’t divulge the sensor size, although the resolution is 2 megapixels, which is enough for Full HD. Aside from this resolution at 30 frames per second, you can also shoot 720p at 30 and 60 frames per second. There are Fine and Super Fine quality options available. Still images can be captured at up to 14 megapixels, which is clearly going to involve plenty of interpolation.

In Full HD resolution, at Super Fine quality, video is captured at around 16Mbits/sec, so a 16GB memory card will be enough for 133 minutes of footage before looping takes place. ProofCam has bundled a microSD card of this size in the box, which adds a bit of value. There’s an adapter included, too, so you can plug this into a full-sized SD card slot. 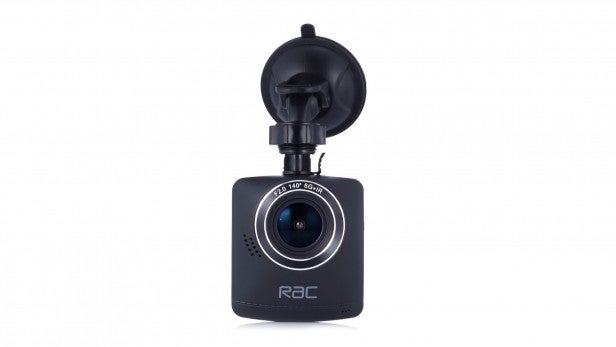 The RAC 205 comes with a relatively standard suction mount. This attaches the unit to the windscreen securely; a very long power cable is included too. The car cigarette lighter adapter on the end of this cable is permanently attached, however, so you won’t be able to plug a satnav in at the same time. ProofCam doesn’t supply anything to fix the cable to the edges of your windscreen, either – although this is true of most dash cams.

The bundled torch is designed to provide plenty of light in an emergency situation, rather than a tight, focused beam. It takes three AA batteries, which come preinstalled, and it’s RAC-branded, like the dash cam itself. There’s a foldable hook at the top and a magnet on its back, so you can affix it to a panel in your car – assuming your car doesn’t have an aluminium or carbon-fibre body. 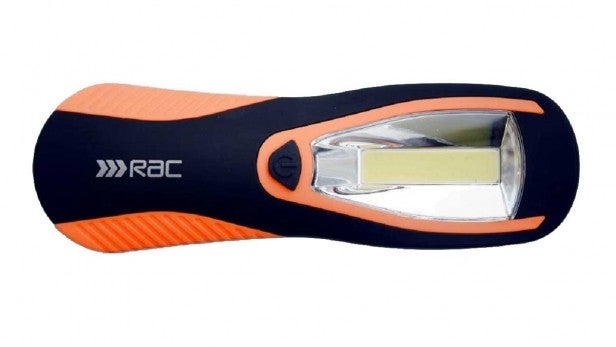 The beam doesn’t come out of the end of the torch but at the side. So if you need to work on your engine in the dark, you can attach the torch to the underside of the bonnet and get a good view. The illumination is very bright. There’s a bundled carry case included for the kit as well.

The RAC 205 is operated via four buttons that sit beneath the 2.3-inch display. Aside from changing the resolution and quality, you can switch loop recording off, or set it at file lengths of 1, 2, 3, 5, or 10 minutes. When this is enabled, the RAC 205 will overwrite the oldest files with new ones, so you never run out of storage space.

You can also choose how long clips are recorded for when a motion event is detected, from 5 seconds to 1 minute. When you’re stationary, the camera will capture a clip if it notices activity in front – handy, if someone backs into you when parked. 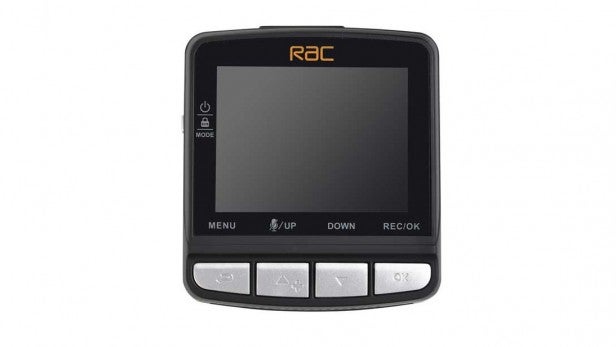 There are also a few manual controls available. You can set the exposure between -2 and +2EV in 13 steps. Strangely, considering this is probably a video gain control, there’s also an ISO setting available, with options of 100, 200 and 400. There are white balance controls, too, with presets for daylight and cloudy outdoor conditions as well as fluorescent or incandescent indoor lighting.

Switch to still image mode, and the RAC 205 offers a few more controls still. You can adjust colour between Natural, Vivid and Pale – clearly a saturation control. You can also add effects to the images, including sepia, black and white, emboss, negative, sketch, oil and crayon. Quite why you’d want such options on a dash cam I’m not sure, but the features are there nonetheless.

The menu is pretty easy to use. The options are clearly shown as three button-like choices per page, although this isn’t a touchscreen. The buttons along the bottom of the unit are used to cycle through and select the option you want.

Although the RAC 205 does have a G-sensor, protecting recordings when it detects sharp breaking or an impact, that’s about it for extra safety features. I’ve already mentioned the motion detection, which allows this dash cam to be used for parking surveillance. However, battery life is only 15-20 minutes of recording, so this feature will  be useful only on a quick shopping trip, not when your car is parked overnight. 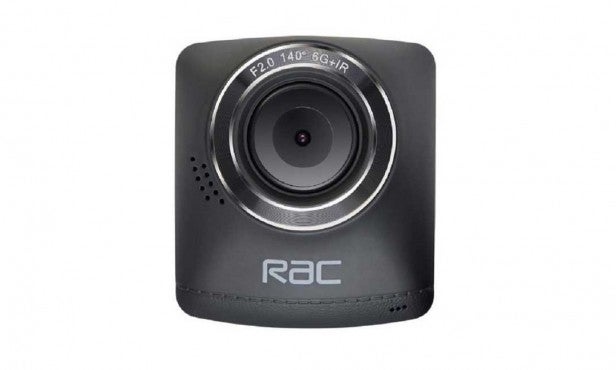 The RAC 205 doesn’t have built-in GPS, and there doesn’t appear to be the option to add an external one, unlike the VicoVation Vico-MF1. So there won’t be any facility to capture your location alongside the video, or related bonus features such as safety camera locations. There’s no lane-departure warning, no detection of being too close to the car in front, or any other extras that can be found in the premium models.

The RAC 205 doesn’t have the resolution of the top dash cams, but the data rate is relatively high so detail isn’t marred too greatly by compression artefacts. You can see features adequately for identification purposes. There is some softening in areas of colour, and greens appear to be a little overly saturated. But overall the image quality is towards the top end of Full HD dash cams.

You can view a sample of footage from the ProofCam RAC 205 here.

Should I buy the ProofCam RAC 205?

The ProofCam RAC 205 is decent enough for a budget dash cam. Image quality is decent for the resolution, and it’s handy to have a reasonably sized memory card included in the bundle, plus the added bonus of a torch for emergency use.

The £100 price isn’t the cheapest I’ve seen for Full HD dash cam, however, making this a product that’s likely to sell okay due to the brand, but one that’s merely reasonable value.

The ProofCam RAC 205 is a decent budget dash cam with limited advanced features, but other models offer better value.