The Princess Smart Tower Fan is about as big as tower fans get – meaning it’s also fairly powerful. This fan is also enhanced by some simple smart features, so you can control it from the app or set custom schedules. It offers quite a bit for the money and creates a decent breeze, although there are more powerful and slightly quieter models available.

The Princess Smart Tower Fan is a tall, slender fan, with a contemporary and reasonably classy design. Standing 104cm (41”) tall, it’s about as big as tower fans get – meaning it’s also fairly powerful.

This fan is also enhanced by some simple smart features, so you can control it from the app or set custom schedules. It offers quite a bit for the money, but is it worth the extra over a bog-standard alternative?

At more than a metre tall, this is certainly not the most discreet fan, so it’s fortunate that Princess has given it a reasonable dose of style. While cheaper tower fans are nothing but plastic, this one gets a welcome lift from brushed stainless steel. The effect is very contemporary – and it might jar slightly in older homes – but this fan could look great among more modern decor.

Like most tower fans, the Princess Smart Tower Fan arrives without its base plate fitted. You’ll need to screw it in, being careful to use the screws that are pre-fitted in the fan itself, rather than the similar ones holding the steel trim onto the base. Once done, you can use the touch-sensitive top panel controls to select one of the three available fan speeds, and switch the oscillation on and off – there’s only about 80 degrees of movement on offer.

The fan’s control panel also lets you set an off timer in hourly increments up to eight hours, or change the wind mode between normal, natural and sleep. Natural mode means randomly stepping through power settings to mimic a more natural breeze. While this can work well on fans with fine-grained speed control, it’s less convincing here, with the fan switching crudely between widely spaced power settings. Sleep mode decreases the fan power steadily, but again it’s less useful than in some other fans, given that the lowest setting is still rather powerful.

While it’s a shame there’s no standard remote control, all of this fan’s features are available via the HomeWizard Climate app, which is used for all of the company’s smart products, such as the Princess Smart Heating and Cooling Tower. This duplicates everything you’ll find on the control panel, and also enhances the off timer feature with half-hourly intervals. In addition, Climate lets you create a schedule to turn the fan on and off automatically, specifying day of the week, time, fan power, and even the mode and oscillation to use. The fan works with Amazon Alexa or Google Assistant, but you can’t build it into IfTTT routines.

Climate is generally responsive, but it is perhaps too simple. The fan has no temperature or other sensors, so the app can’t tell you what’s happening while you’re out, or graph air quality against time. It also can’t implement rules-based actions, such as turning the fan on above a threshold temperature.

It’s also worth mentioning that, unlike an air conditioner or evaporative cooler, a fan doesn’t actually lower the temperature in a room. Given this, it’s less useful to have smart controls that let you turn it on when you’re not there.

Tower fans don’t have the ultimate power of an air circulator, but the bigger ones can still produce a good cooling breeze. That’s certainly the case with the Princess Smart Tower Fan – you can feel its effects from even several metres away.

I used an anemometer to record the fastest wind speeds at set distances from the fan’s front grille. At 15cm away and at the lowest speed setting I measured a strong 4.4 metres per second (m/s) – equivalent to almost 10 miles per hour. Stepping up to medium increased this to 5.0m/s, while at full speed I recorded 5.6m/s – the sort of strong breeze you’d feel if you were sprinting or riding a bike.

These are impressive, if not exceptional speeds, but I found the wind quickly tailed off with distance. Repeating the tests one metre away I measured 2.0m/s on low, 2.5m/s on medium and 2.6m/s at full power – still decent breezes, but not especially strong. By two metres away on the low fan setting, the wind speed had fallen below my anemometer’s 0.8m/s threshold. I was still able to measure 1.5m/s at medium power, and 1.7m/s at full power.

What this tells me is that the Princess Smart Tower Fan produces a fast-moving jet of air, even at its lowest setting. However, the rapid decline in wind speeds with distance suggests there’s not a huge volume of air being moved. That’s fairly characteristic of tower fans, however, and this fan is by no means an underperformer.

Happily, this reasonably powerful device is about as quiet as tower fans get. At full power I measured a moderate 55.0dB from 15cm in front of its grille, and this dropped to just 39.2dB from the side, completely out of the air flow.

At minimum power the loudest measurement was 48.2dB, again recorded 15cm in front of its grille. At the side this was only 34.1dB. From a metre away to the side the volume was just 26.1dB. In practice, you’d probably get to sleep with the fan on its lowest setting, and you don’t need to raise your voice to be heard when it’s running flat out.

Fans use nothing like as much energy as an air conditioner, but we notice a surprising variation between different models. I couldn’t measure any power use with the Princess Smart Tower Fan on standby. At low power I measured 26 watts, rising to 40W at full power. This isn’t bad – about the equivalent of 3-5 low-energy bulbs – but the more powerful Duux Wisper Flex Smart used between two and 19 watts. If you pay 30p per kWh for electricity, you’d spend about 14.5p more to run the Princess at full power for 24 hours.

This fan looks smarter than the norm, works well and has basic but useful smart features.

This is a good fan, but there are quieter and more powerful alternatives.

This is one of the better tower fans that I’ve tested. I quite like its looks, and I like its smart features – although it’s a shame it can’t sense temperature or humidity. While I’ve tested much more powerful fans, this one still produces a good breeze without also making loads of noise. If outright power or minimal noise are important, I’d recommend spending £30 or so more on the Duux Wisper Flex Smart pedestal fan. Otherwise, the Princess Smart Tower Fan is a solid choice. More options are in our guide to the best fans. 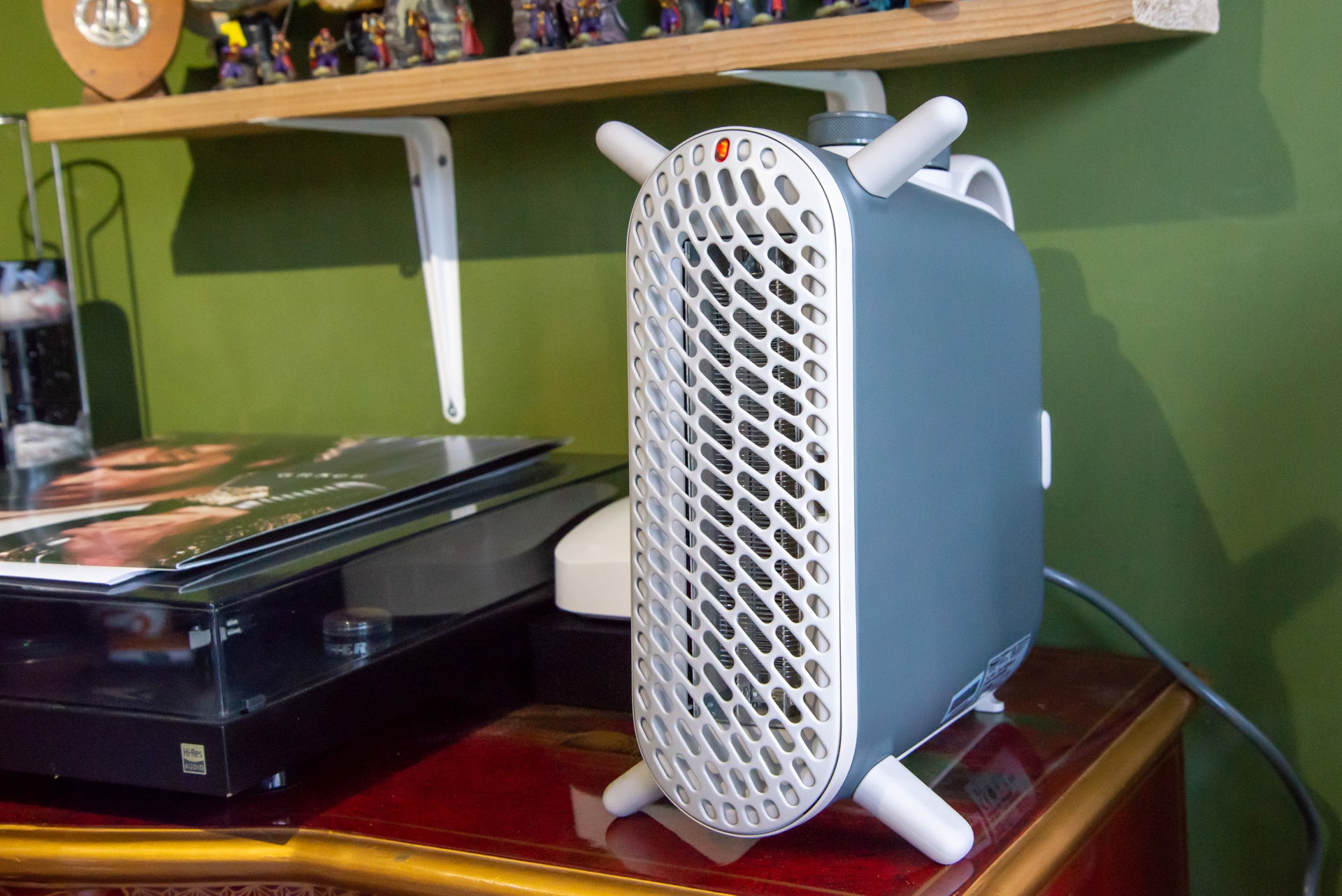 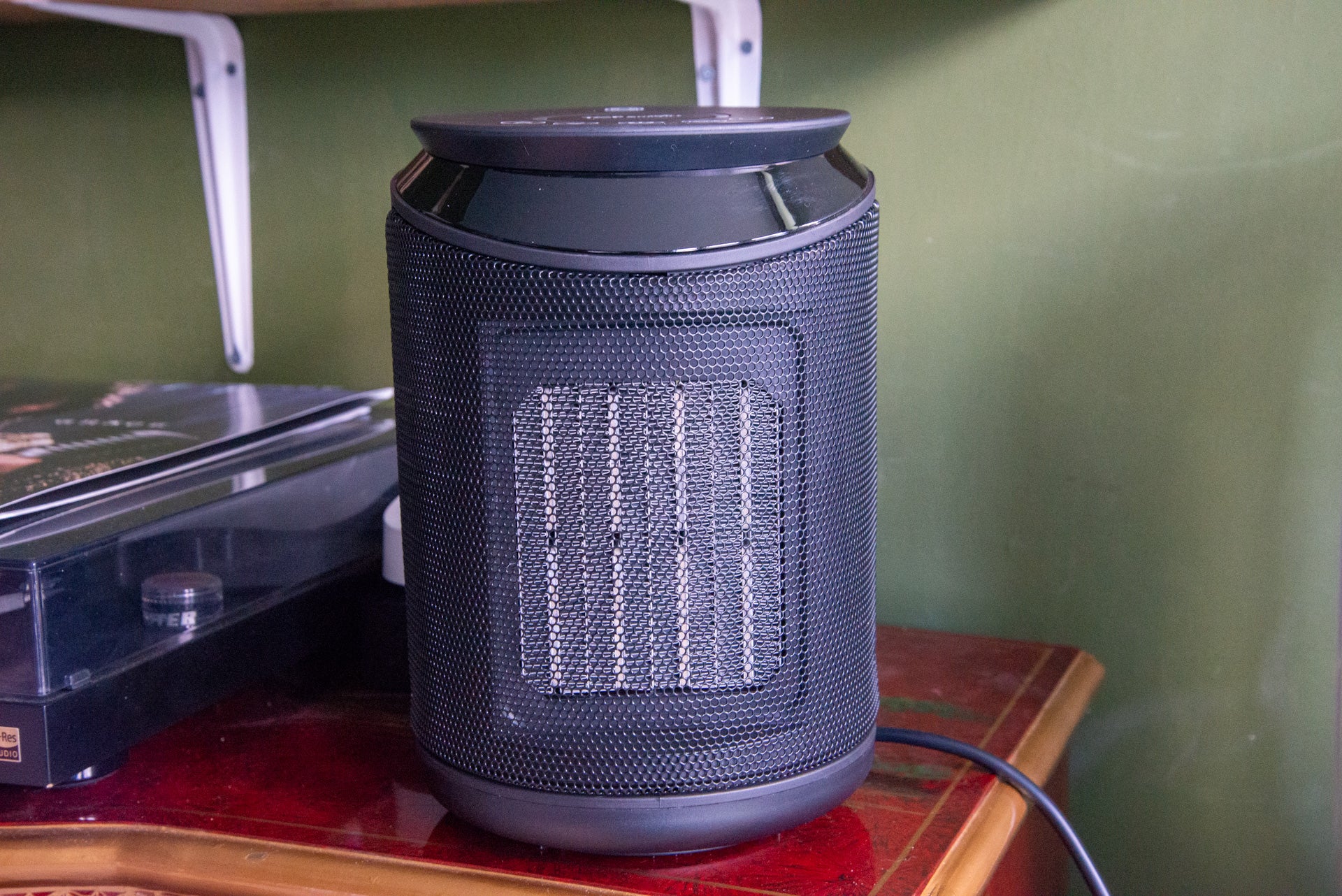 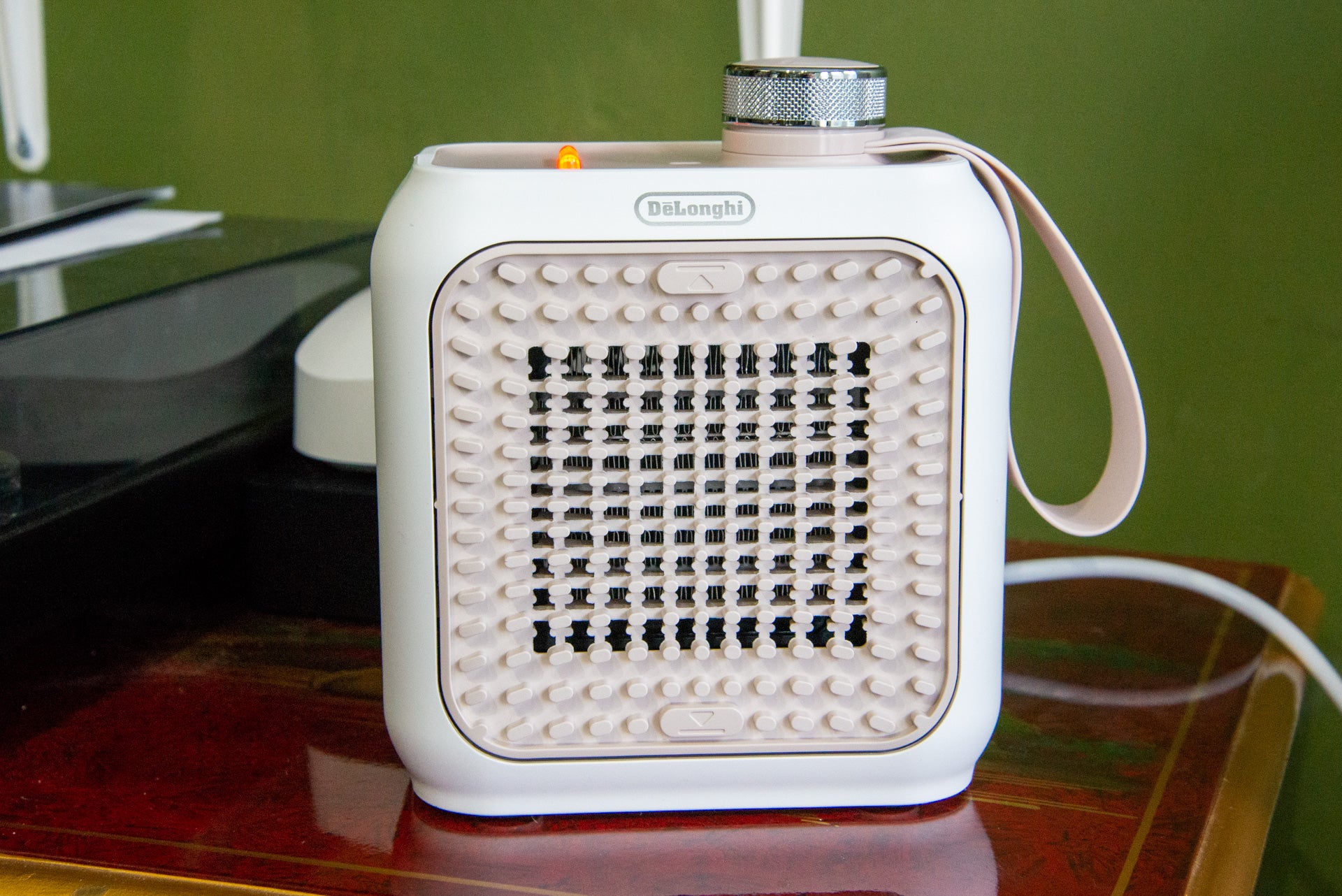 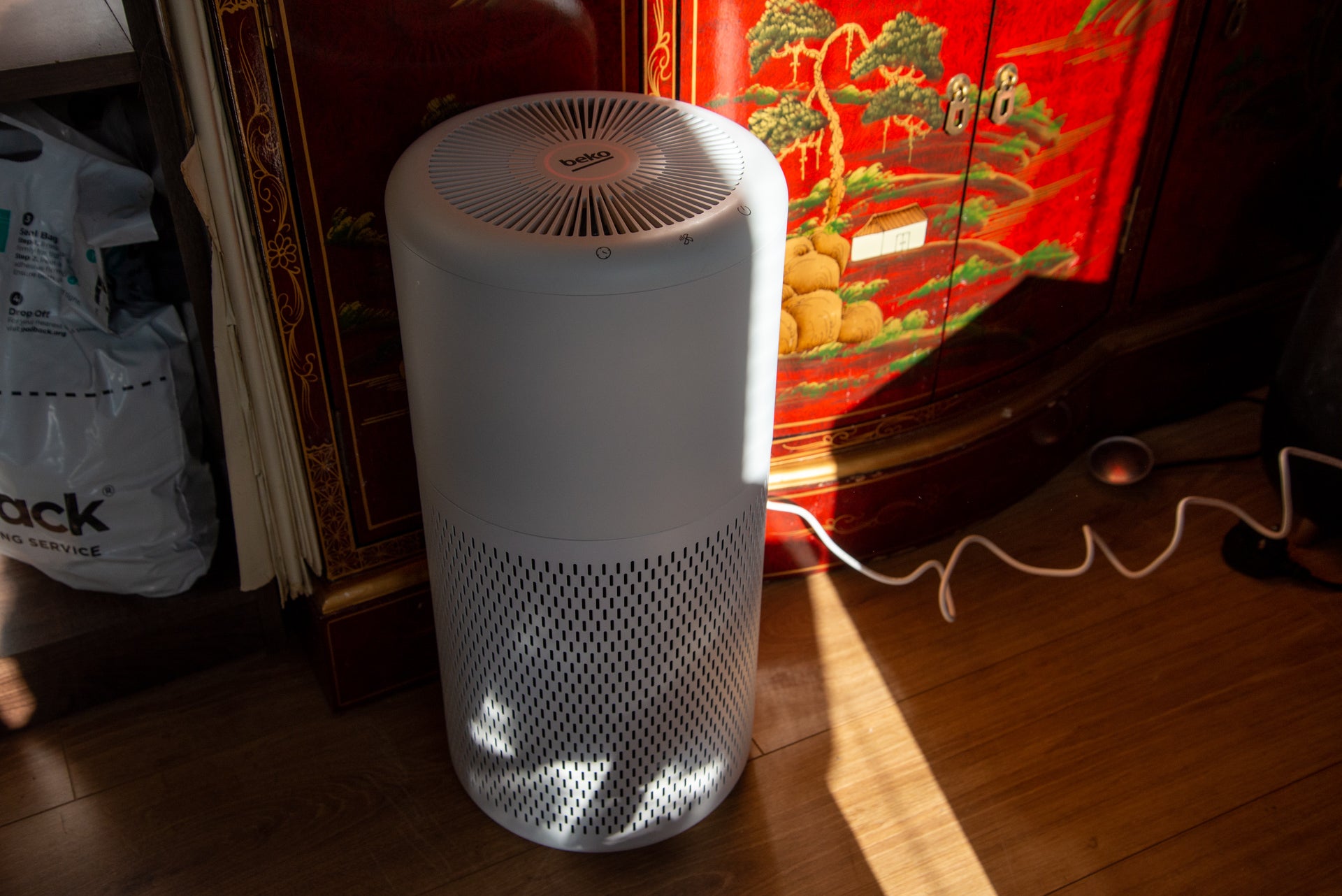 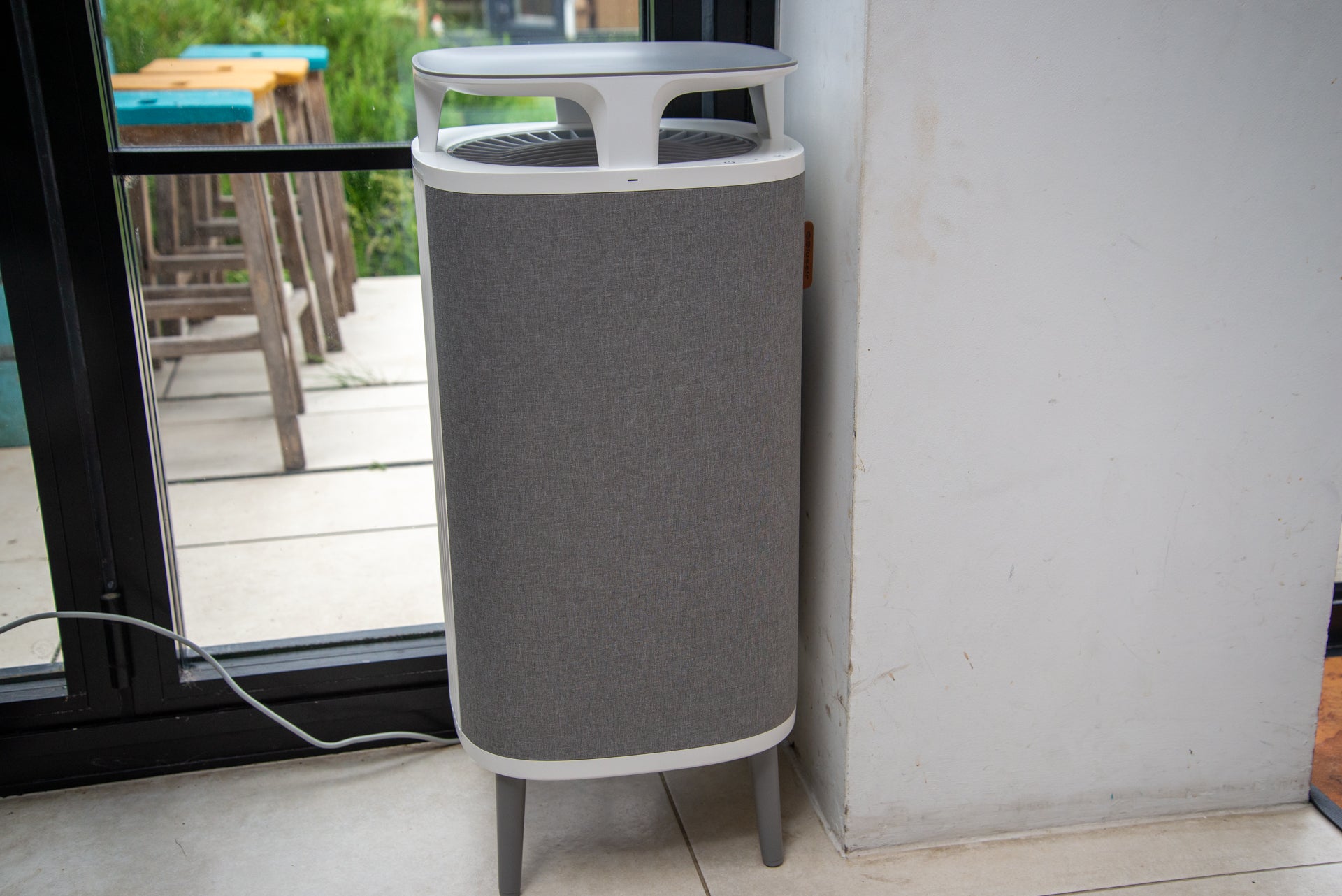 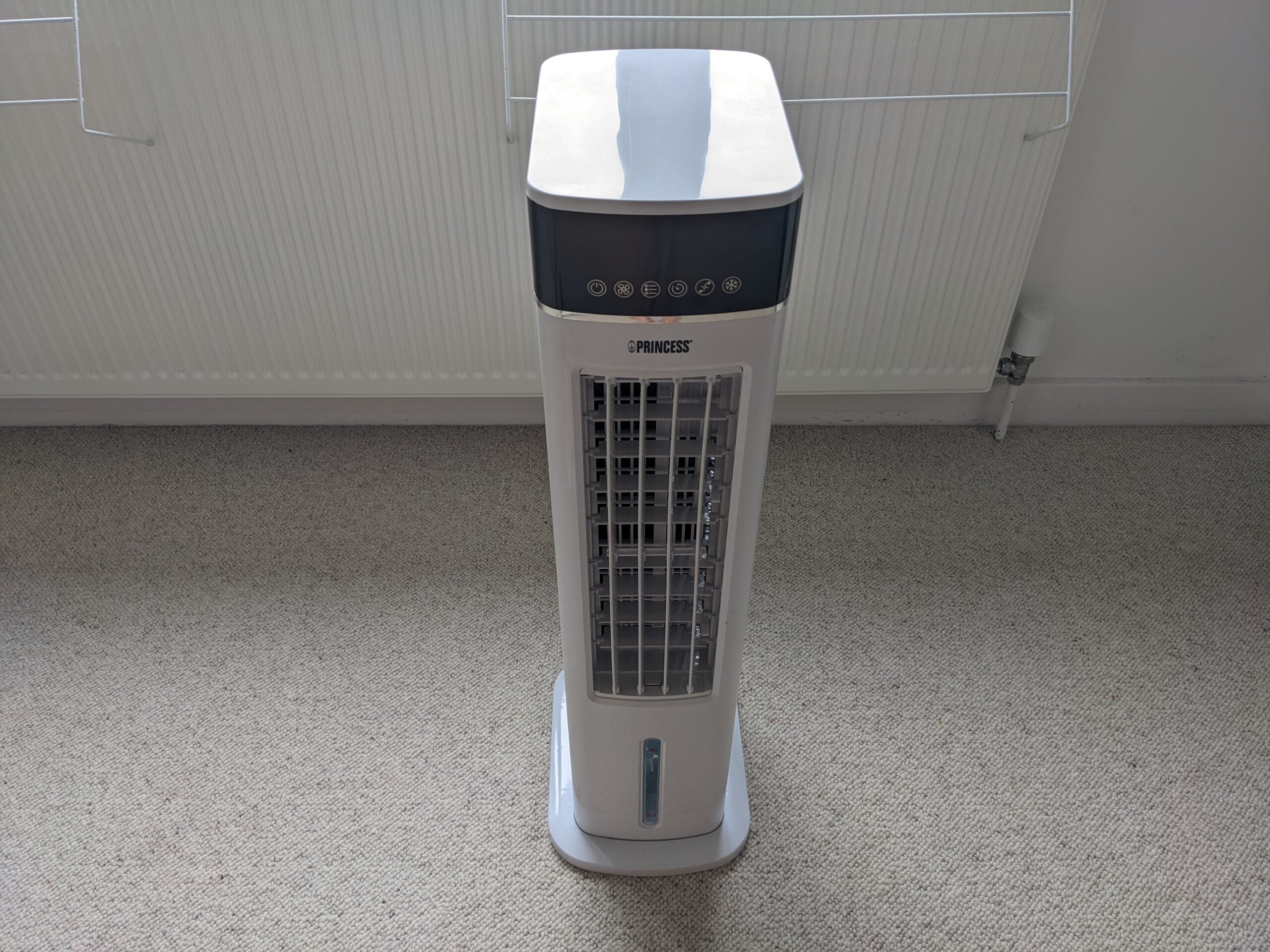 Is there a remote control?

There’s no dedicated remote control, but you can use the HomeWizard Climate app to control all of this fan’s settings.

Can I set this to run on a schedule?

Yes, there are comprehensive scheduling options in the app.

Can I use an event such as hot temperature or humidity to start the fan, or turn it up?

Unfortunately not. The fan itself has no sensors, while the app doesn’t support IfTTT actions, so you can’t use other smart systems to trigger it.

Can I control it with my voice?

Yes! Set the fan up with Google Assistant or Amazon Alexa and you’ll be able to change basic settings through voice commands like “Hey Google, turn on the fan”.