At its best, Predator: Hunting Grounds is a tense asymmetrical shooter that forces you to pay attention to your surroundings in a dense, jungle environment. At its worst, it’s a mess of waiting, loading and gunning down shoddy AI-villains in forgettable missions.

Illfonic’s Predator: Hunting Grounds is a game that creates some fantastically tense moments and offers an enjoyable tribute to the Predator franchise – but is held back by some grating technical deficiencies.

The only game-mode pits four players in the role of the ‘fireteam’ against a selection of AI enemies defending key mission objectives and – more threateningly – one player in the role of the Predator. The format is a great take on the newly fashionable, asymmetrical multiplayer trend – it both suits the Predator source material and works well as a game in its own right.

First things first, fans of the Predator films will absolutely love this game. There are plenty of call-backs to the films, including the overuse of the phrase ‘get to the choppa!’, the option to ‘mud up’ to evade the Predator’s heat vision and even a cutscene, activated when the fireteam wins in a certain way, mimicking the famous “Dillon!” handshake-interaction between Arnold Schwarzenegger and Carl Weathers. 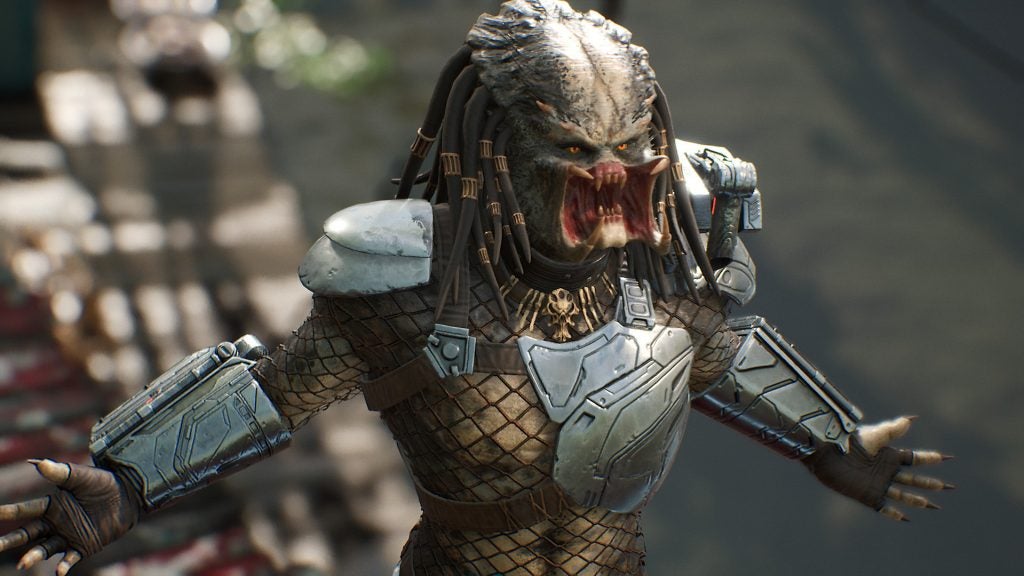 Gunplay is fairly satisfying, though not comparable with other FPS competitors. That said, the things that are enjoyable about the game’s fun, responsive weapons, are thoroughly undermined by the mediocre AI, which often blunders blindly into your path, or barely notices there’s a gunfight going on at all.

In terms of classes and customisation, there is more on offer for the soldiers of the fireteam than there is for the Predator, but both have a decent amount of cosmetic and weaponry options on offer for those who love their progression.

It’s worth noting that you don’t have to be a die-hard fan of the films to enjoy Predator: Hunting Grounds. Despite being rough around the edges, it offers a formula that’s unique enough to entertain a complete series newcomer, at least for a while.

Picture this: your four-strong team is approaching a small enemy base, stealthily, through thick jungle. You reach the outer fence without alerting the guards, before diving through and engaging enemies on two sides. Then, as you dutifully destroy the base’s computer servers, you hear the distinctive roar of the Predator in the distance. They’re close, and ready to kill. 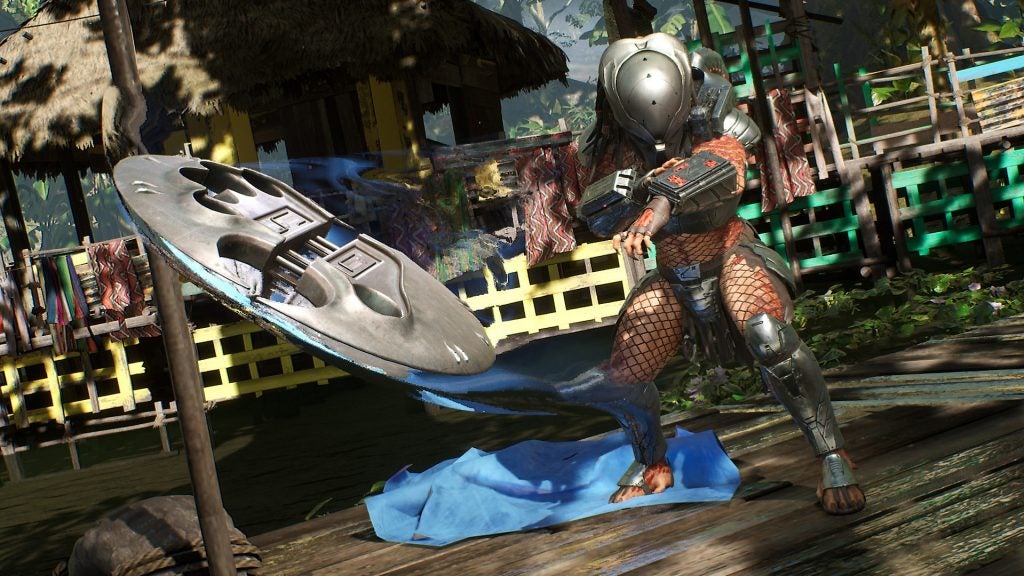 Moving outside, you’re forced to defend the base from another onslaught of henchmen, all the while conscious of the sound of movement above you in the trees. As you kill the last attacking soldier and make your way back into the undergrowth, the distinctive clicking-gargling sound of the Predator returns. You scan the canopy above but see nothing.

You might not see the Predator until you’re several objectives through and entirely concentrated on clearing out another outpost, or if you’re stupid enough to get separated from your teammates in the open, it will probably seize the opportunity and appear.

Certainly, in my short time playing Predator: Hunting Grounds, it seemed that the most successful Predators were the players who were willing to bide their time and make full use of the environment. The maps have lots of elevated areas that are accessible to the Predator, (using its tree climbing and leaping abilities,) and not the fireteam, encouraging the hunter to stalk its human prey and pounce when the time is right.

Successfully stalking, hunting and dispatching a fireteam as the Predator is compelling. Use the Predator’s cloaking ability to watch on from the trees as the fireteam sneak into a base or find them in the jungle using your heat-sensing Predator vision, and you’ll feel one step ahead. 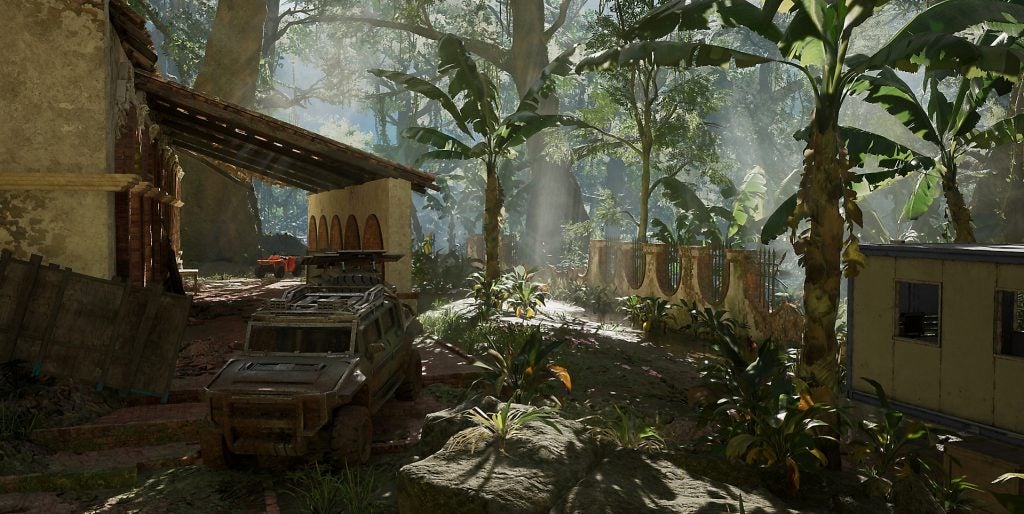 Ideally, you’ll want to swoop down from the trees when one member of the fireteam gets separated, picking them off one by one. The Predator is tough, but still vulnerable when faced with an onslaught of fire from three or four automatic weapons.

At launch, those waiting times are seriously holding the game back. The following message appeared to players for long periods of the game’s opening few days: “Players are reporting long queue times. We are investigating the issue. Thank you for your patience.”

On day three, a new patch arrived, Version 1.05, but it did little to resolve any of the game’s issues. At one point, I selected fireteam, was told there was an estimated 30 second wait time and ended up waiting ten minutes without even getting into a game lobby. 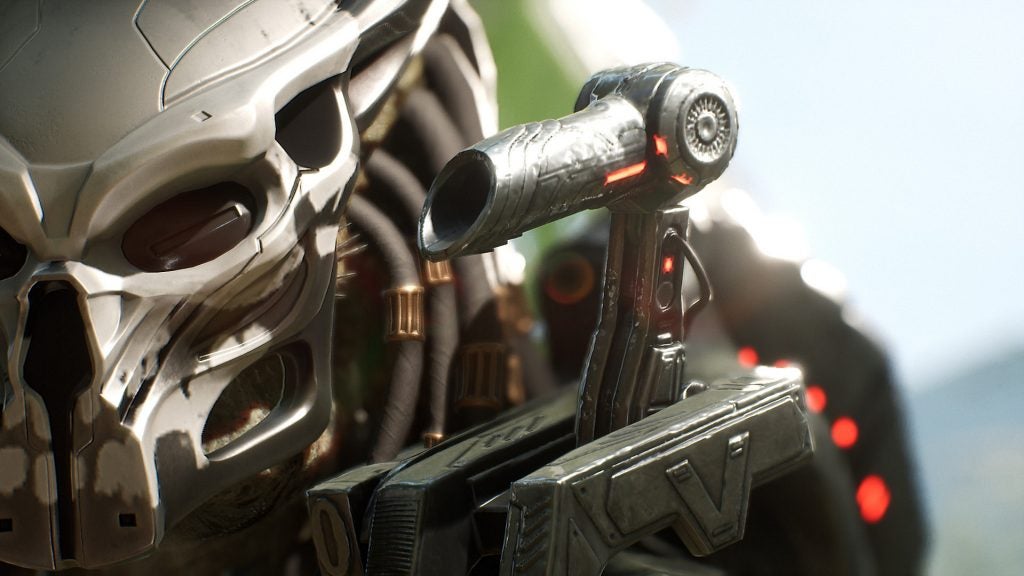 These frustrations aren’t new ones either, when players tried the game out on its free trial weekend, the same issues with AI and long waiting times were reported across the board. It seems little was done to address them between trial and full launch and, as a result, this game feels like it needs a couple of large patches.

You’ll need a passable set of teammates to get the best out of Predator: Hunting Grounds. My first couple of playthroughs saw allies run off in different directions and, inevitably, get shredded by the Predator pretty quickly. Not too much later, with a more cooperative team, we battled to my first win. The Predator bided its time, attacking when we were partway through securing the second set of objectives, but the team stuck close and managed to down the Predator.

You’ll learn all this on the job too, as the game’s tutorial is pretty sketchy and only covers the Predator role. With the Predator downed, the beast can initiate a self-destruct sequence. Players have to shoot its mask and then defuse the self-destruct charge, (another thing which needs a tutorial – I managed but through sheer dumb-luck and button bashing). 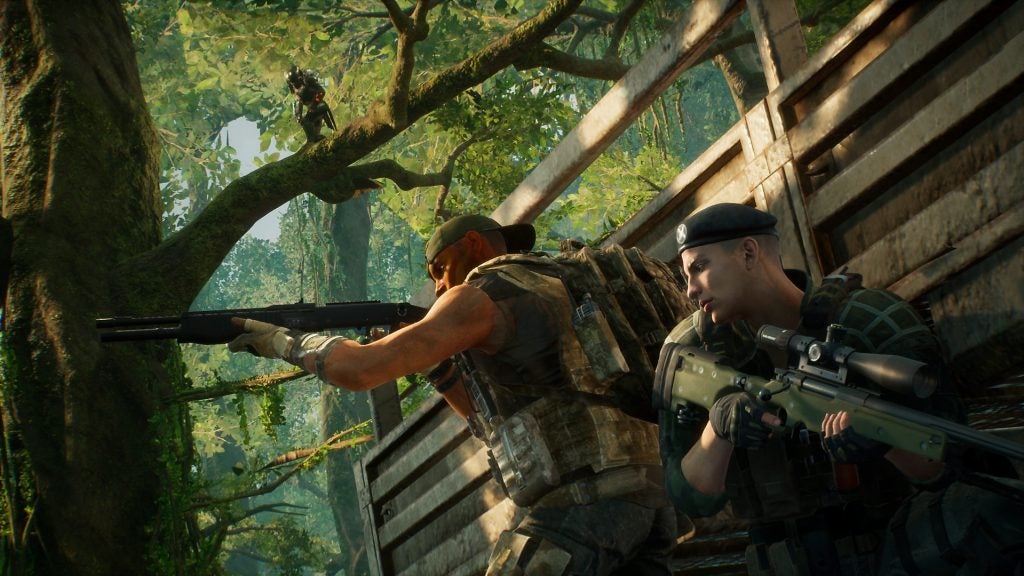 At this point a message comes over your radio, informing you that HQ want to extract the Predator’s body for investigation and you have to defend it from another onslaught of AI enemies until said extraction helicopter turns up.

While the final assault was a little underwhelming, getting through all this – and especially killing the Predator – made for a really satisfying win. The game packs great moments like this, as well as the tense ones that see you try and evade the Predator in large maps, but is severely held back by derisory AI and a few other rough edges.

At it’s best, Predator: Hunting Grounds is a tense thrill-ride that forces you to pay attention to every sound in a dense, jungle environment. At it’s worst, it’s a mess of waiting, loading and gunning down shoddy AI-villains across forgettable missions.