Available on PS4, Xbox One and PC (version tested)
A confession: I’m bored of Minecraft. The infinite worlds of Mojang’s sandbox may be open to endless re-invention and randomised exploration, but having been playing it off and on since its beta days, I’ve seen enough procedurally generated landscapes to last a lifetime.

And while Minecraft’s lore has developed over time, with the likes of The End and The Nether expanding the game’s mythos, there are still few real story hooks. I’ve been dumped into enough directionless survival scenarios over the years; now I want a smidgeon more structure to my sandboxes, not a giant mess of sand.

What’s all that got to do with Portal Knights? Well, developer Keen Games’ approach delivers precisely the right amount of structure, with enough of an actual story to compel players through hours of play – without impeding on the freedom to resculpt entire worlds, which many fans of the genre love.

Of course, to many this won’t be a surprise: Portal Knights launched in Early Access on Steam last year, and has since developed a loyal following. Following on from an early preview of the console version, it’s worth returning to the game as it enters full release. 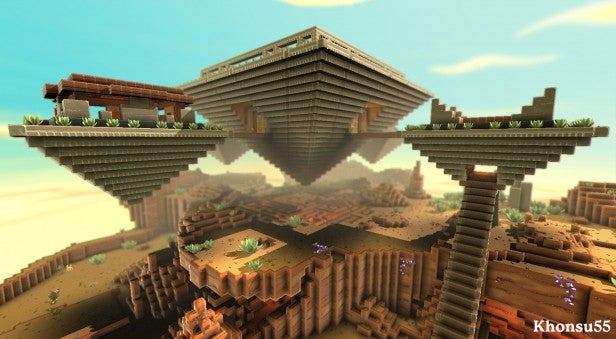 If you’ve been playing since the good ol’ days, you won’t find a great deal has changed; it’s more refinement. You’ll still create your own character, with a pleasant variety of customisation options to craft their aesthetic, then set out to rebuild the world. Knight, Archer and Mage archetypes are available, with skills unlockable as you progress that suit most play styles.

An event called the Fracture has split the globe into 47 distinct biomes, now only accessible by discovering and restoring portals. This works well, each area having materials to greater or lesser extents than others. Once you’ve reached a new area, you can warp back at will, allowing you to collect items better used elsewhere.

Narratively, it’s the perfect balance of freedom versus progression. If you want to ignore it all and focus on designing your world then you can – the opening area, Squire’s Knoll, is a splendid building spot if you just want to craft. Or you can barrel through, unlocking new areas and uncovering the mysteries of the Fracture.

However, what really makes Portal Knights stand apart from the crowd are its RPG and character growth elements. You’ll occasionally meet other characters who dispense missions with jaunty nonsense voices, giving you a bit more motivation to continue exploring the worlds you discover. Meanwhile, completed missions and defeated enemies reward you with experience, which can be spent at level up to enhance your abilities. 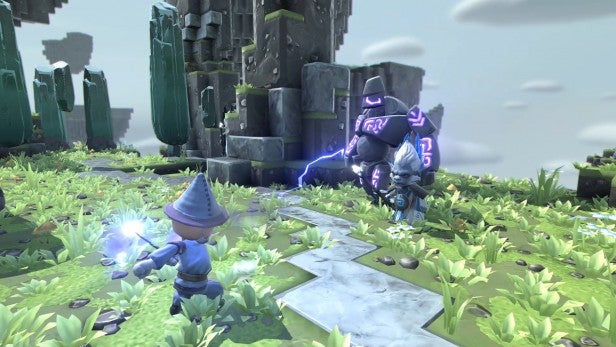 Make no mistake, these mechanics aren’t revolutionary in their own right, but their application to the sandbox genre provides some much needed depth. I wasted – in the best way – much time hunting down monsters to beat up for that sweet EXP gain, just to power up my Knight. Levelling up your character improves every aspect of the game too, not just your combat skills. Increasing strength doesn’t just boost melee attacks, it means you can mine faster, while dexterity spikes your movement around the environments. Powering up can feel a little too much like grinding to start, but seems to accelerate; my mage knight was buff in only a few hours.

Battles are surprisingly skillful too, reminiscent of classic Zelda games. Attacking is a brain-free act: simply hold down the right trigger with your active weapon equipped on the hotbar for an endless stream of fireballs or sword slashes. You’ll even automatically lock on to the nearest enemy. However, each foe has a different set of abilities and unique attack patterns, and learning how to read their moves and dodge them offers a satisfying weight to each encounter.

You’ll also come across occasional boss battles, roughly every eight regions or so. These are thrilling encounters against often colossal monsters. They can be defeated solo, with patience, but generally teaming up with other players for a multi-pronged assault works best. 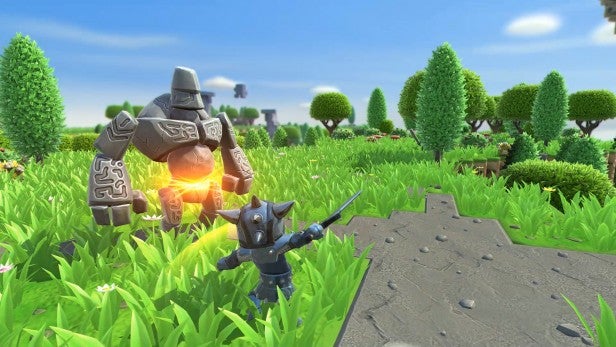 One aspect that’s really grown on me since the preview phase is the controls. Tabbing between items on the hotbar using a joypad’s shoulder buttons remains slower than tapping a number key, but it does soon become second nature. Being able to set four items for quick access using the D-pad really helps (I recommend the main weapon, main mining tool, health potions and sharpening stones, which replenish the durability of your items).

However, the final version makes at least one curious change from Early Access. Items viewed in your inventory no longer tell you what they are when you move a cursor over them – you need to hold down another button to bring up info on them. This makes it slower to figure out which items you have, and which you need, and made even trickier when many of the icons are palette swaps of the same item.

Between the busy inventory screen, a rotating warp map of visited locations, crafting screens and character development pages, there’s an argument to be made that Portal Knights needs to simplify some of the vast amounts of information it presents to the player, too. This gets especially confusing when some of those pages have sub-screens of their own, and expanding menus with even more options. There’s no real solution here, other than to “get used to it”.

Visual distinction is arguably the game’s biggest problem, in fact. Seemingly keen to avoid too many comparisons to Minecraft, each biome is full of rich detail, including flora and insects, rather than easily identified blocks. It looks great at a glance – until you realise you can’t find a material or plant you need to mine for a recipe. I spent about 15 minutes on the first world trying to find cotton to craft a new robe – a training mission, no less – before realising cotton bushes were hidden in the grass. 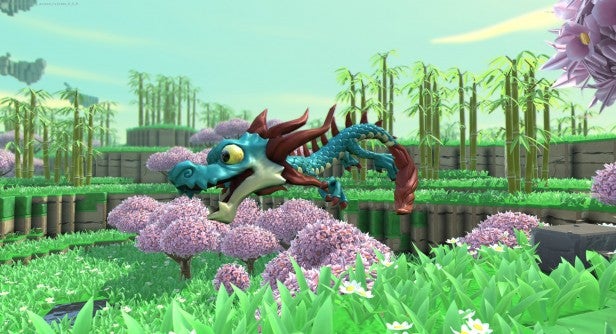 Drowning in menu minutiae and sensory overload is a crime committed by many titles, however, and hopefully something Keen Games can refine through post-game support. If either open-world RPGs or sandboxes are in your wheelhouse, Portal Knights is well worth a look.

While its cutesy aesthetic won’t work for all, Portal Knights is a game that capitalises brilliantly on both its RPG and sandbox elements, elevating the merits of both. With seasonal events planned to keep players’ attentions and an endless canvas to explore once you’ve completed the Story mode, this is a worthy challenger to Minecraft’s throne.