Popcorn Hour has come up with a new media box. It’s more
advanced in many respects than last year’s flagship Popcorn Hour C-300, but at
£269.99 costs significantly less. And as it lacks the ability to pack-in an optical drive,
it’s a good deal smaller too.


The Popcorn Hour A-400 is one of the company’s dinkiest
boxes yet. It’s designed to occupy as small a footprint as possible, giving you
more room to spare under your TV. 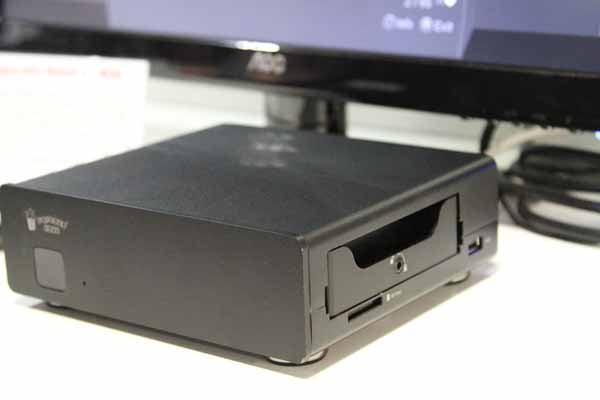 To add to its lounge-friendly cred, the Popcorn Hour A-400
is also completely fan-less. The underside of the box is corrugated to aid heat
dispersal, and running should be entirely silent until you put a
hard drive into the thing.

To get the most out of a Popcorn Hour, you’ll need to jam in
a hard drive using the easy-access side tray, hook it up to your router via its Ethernet port or buy the
optional Wi-Fi adapter. This is the same WN-160 adapter that has been available
for years. There’s no integrated Wi-Fi here, as was the case in the A-400’s forebears. 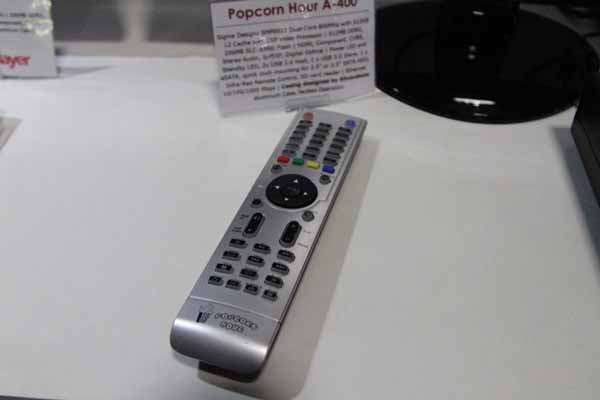 With only a marginally altered design – similar volume,
smaller footprint – you might be left asking exactly what the Popcorn Hour
A-400 offers over its predecessors. It’s what’s inside that matters.

The Popcorn Hour A-400 has a faster processor, boasting a
dual-core CPU instead of a single-core one. To be more specific, it’s a Sigma
Designs 8911 processor, running at 800MHz. 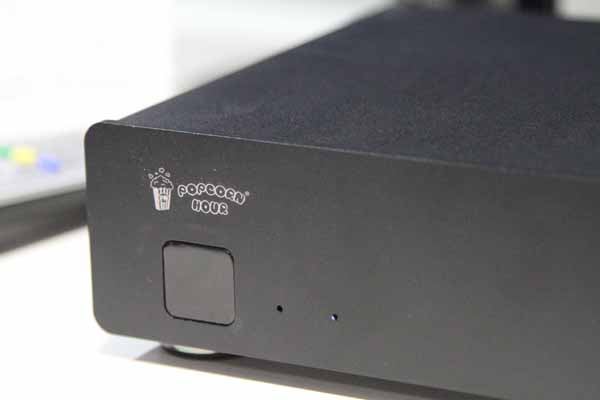 The main improvements that Popcorn Hour was keen to big-up
about the A-400 were its support for 3D content and its improved upscaling.

Conscious that it’s plying its wares to an ever-geekier,
ever more niche crowd – as media player skills in TVs improve – Syabas has ensured it has packed a solid set on
connections into the diminutive Popcorn Hour A-400. You get an HDMI 1.4 port as
your main TV connection, alongside component video and optical/coaxial audio
outputs. 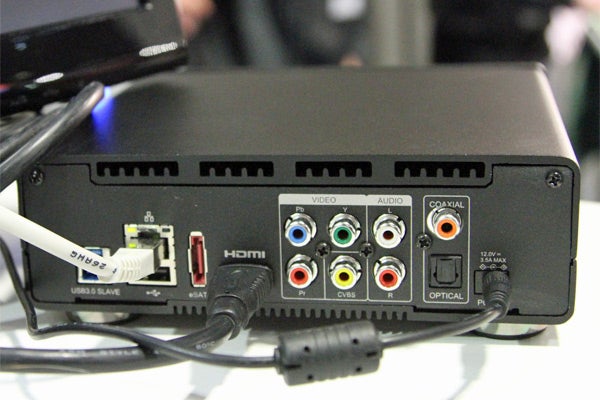 If installing a hard drive sounds like too much work, the
A-400 also provides an SD memory card slot and a USB 3.0 port to let you
attach an external hard drive.

Aside from the benefits of the extra processor grunt, the
Popcorn Hour A-400 is similar in-use to its predecessors.  It uses the same remote control as the last
wave of Popcorn Hour boxes, and has the same basic software layout.

It’s a slightly dated-looking affair these days, but has
thankfully gained a few more services since we reviewed the last Popcorn Hour
box. However, with TV streamer boxes available for a fraction of the cost of
the A-400 and ever-more TVs equipped with decent media playback skills, it’s
clear the main audience for boxes like this is the hardcore downloader crowd. 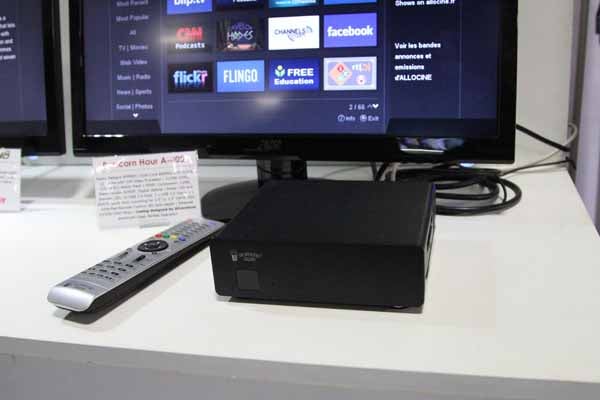 For these kinds of users, the super-advanced codec support,
the promise of frequent software updates and the ability to reliably slot the
box into a wireless home network packed to the brim with terabytes of digital
content are paramount.

It’s when under this load that the benefits of the dual-core
processor will hopefully shine through, although in our demo the unit wasn’t put
under quite that level of strain. 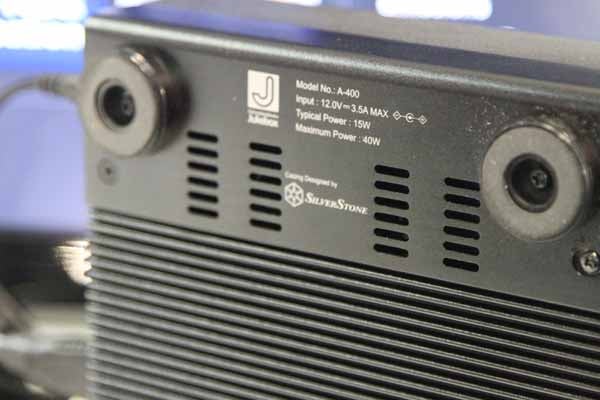 At £270, the Popcorn Hour A-400 won’t make a lot of sense to
most buyers, but it is a well-made little box that deserves a look if your old
box has packed it in. What do you think? Are the days of these dedicated media
players numbered?