Some games are just weird. That may be an inauspicious way to start talking about Adult Swim and Rekim’s puzzle-em-up-pool-title, but there’s a chance that after seeing it in action, you’d agree with me that Pool Panic is the new poster child that proves games are most definitely art, perhaps even surrealism or conceptual art.

You play as an anthropomorphic white cue ball with a permanent grin. Yes, a cue ball, from a set of pool balls (you were warned about it being weird). You’ve got direct control over your ball on the left stick, while the right stick controls the actual cue targeting, which you then use to pocket the coloured balls in whichever order you see fit, aside the black ball which, perhaps in an attempt to tie things somewhat in realism, you pot last. Oh, and then you chase after the black ball and jump into the pocket yourself, whereby you’re treated to your “protagonist” falling through space singing a strange song as it travels back to the overworld.

And what an overworld it is. The place you inhabit is a land where pool balls have legs and can grow moustaches, wear hats, sunglasses, and hang out in bars. There’s perhaps enough chance to muse on what they might be drinking, but thanks to these bars, Pool Panic spits out more twists and ideas, and honestly, it’s admirable how much thought has gone into this initially simplistic idea. 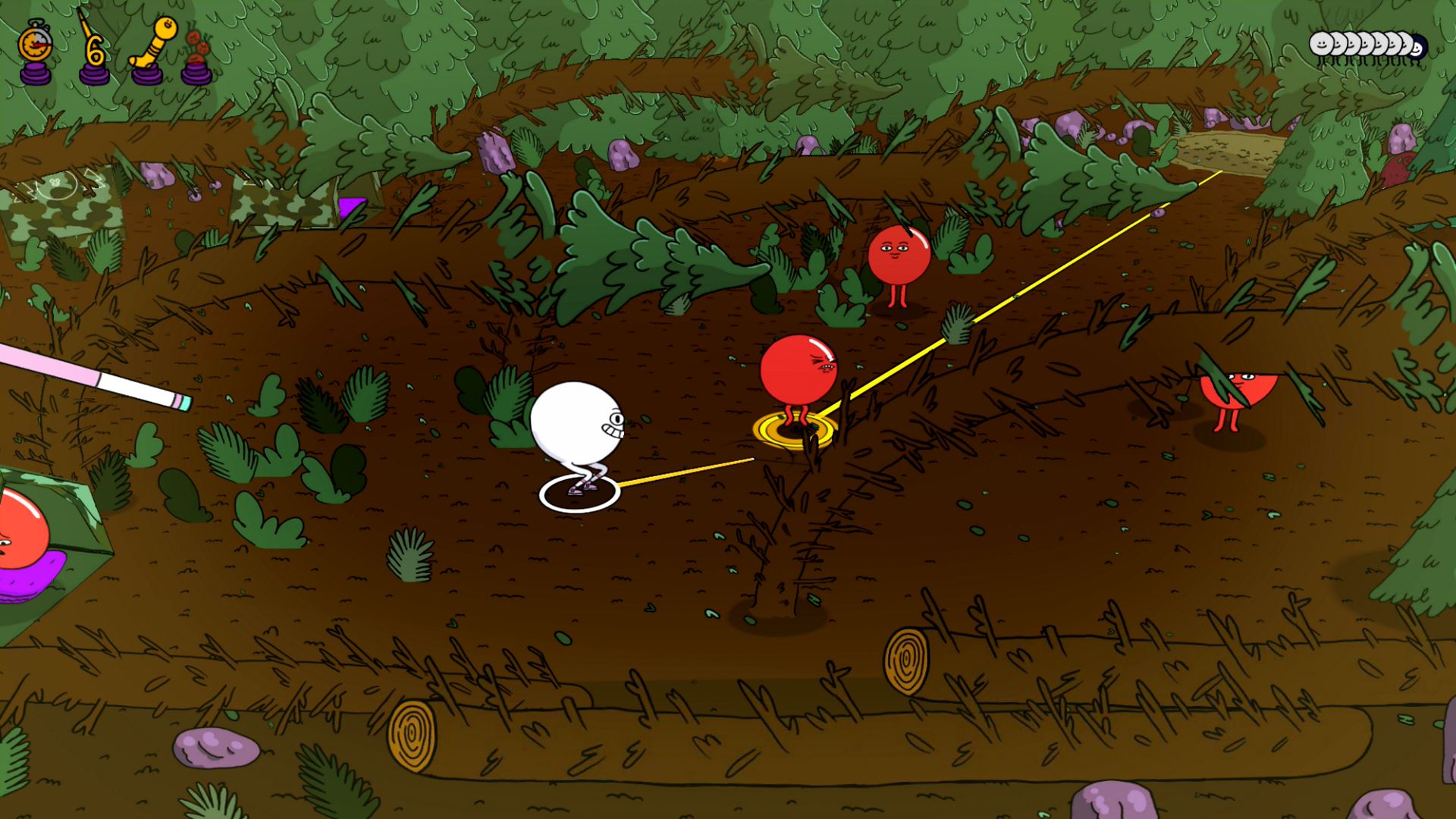 But let’s explain how it all works a little, before we go any further. Although the playing tables (levels) are ever expanding, more and more outlandish as you progress, the basic gameplay is fairly simple. Hold your aim on a target and you’ll lock on, this allows you to fine-tune where you want the ball to go, then you hit it hard of soft with the corresponding button. You can jump around, watching your little legs flail and your crazy eyes wobble, and if you so choose, you can even just run into some balls, pushing them around like the bully you are.

Each level is a puzzle, really. You’ll have a certain number of balls that need potting, but there are bonus objectives for every stage: complete it under a certain time, use less shots, or just don’t accidentally pot yourself carelessly. After all, the last you think you want to see is the sock pull your cue ball out of the pocket at boot you back onto the table. Again, games are sometimes just weird.

Each enemy ball has a unique spin: red balls are just standard, and you can whack them around quickly and easily; orange balls will run if targeted directly, so you’ll need to trick-shot them by bouncing them in via another ball; grey balls are grumpy and will jump up and smash the table (their particular brand of shenanigans is rage-inducing when you’re trying to do something quickly), and there’s just so much character and, frankly, insanity on show it’s hard not to crack a smile at the sheer creativity of it all. Seriously, we’re talking ballerina-balls, goalkeeper balls, balls who hide up trees – there are even balls that show up to campsites on a coach that looks like the side of a pool table.

If there’s a major complaint it’s that the side-objectives to pass a stage aren’t exciting enough. Some levels are completed without even potting all the balls, meaning you can move through the game at a fair pace if you’re not fussed about getting every mini-trophy. This, unfortunately, causes longer session to become a little dull. While the art style never bores thanks to its gloriously madcap aesthetic and, frankly, Nintendo-like colour palette, the music can send you up the wall and just running through level after level can be a little demanding, because there’s not much brain power involved at times. It sounds harsh, but sometimes Pool Panic plays how it looks: a little loose and lackadaisical. 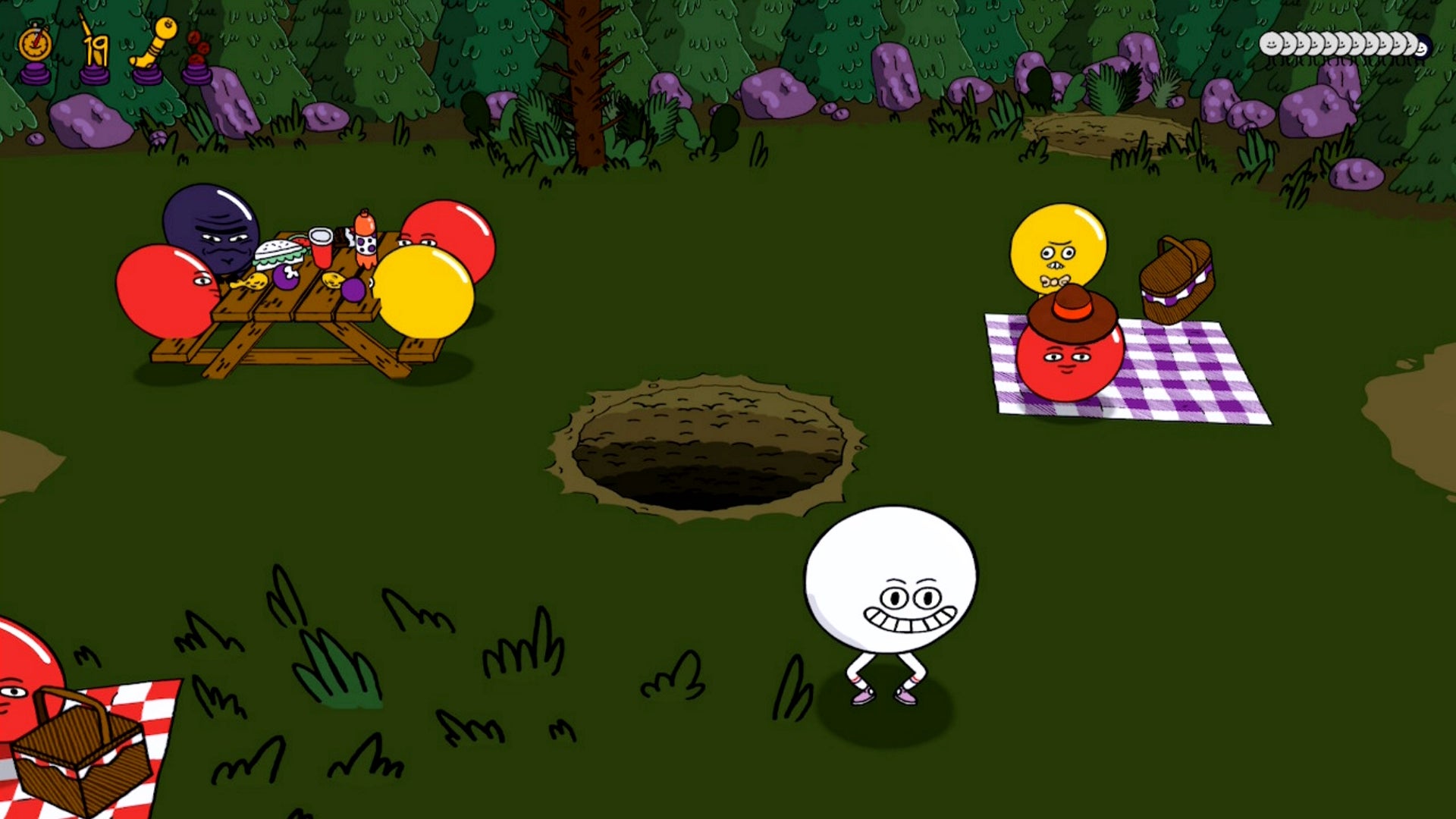 The bonus levels rescue things, however. Disappearing into a stick of chalk that’s also an ale house full of older balls who set challenges is delightful. Here, the developer truly embraces the puzzle nature and offers more specific (and thus engaging) objectives. You might have the balls that jump up and cause earthquakes surrounding five red balls, but you only have one shot. How about balls that chase you, only you can’t move and, again, one shot is all you’ve got. These actual puzzles are tremendous, and break up what can otherwise be a fairly monotonous style of gameplay.

Pool Panic oozes character, but it’s more amusing than it is laugh out loud funny, trading in bizarre visuals instead of actual humour. If there’s one thing to keep you playing, though, it’s the suspicion that something truly bizarre is right around the corner. The pool (pardon the pun) of ideas is genuinely impressive, and there is constantly a new challenge that attempts to mix things up and make it awkward for you to comfortable pot the balls.

For example, I was just beginning to lose interest and all of a sudden I was given a hat that made balls afraid of me. That level then has you chasing a plethora of reds trying to force them into the two holes on the “table”. If you’d told me at any point in my multiple decades of playing games that I’d be essentially playing a cue ball sheepdog and chasing ball like sheep into holes in the ground, I’d have given you a sanity test, and I grew up in a generation where Leisure Suit Larry wasn’t even considered bad. 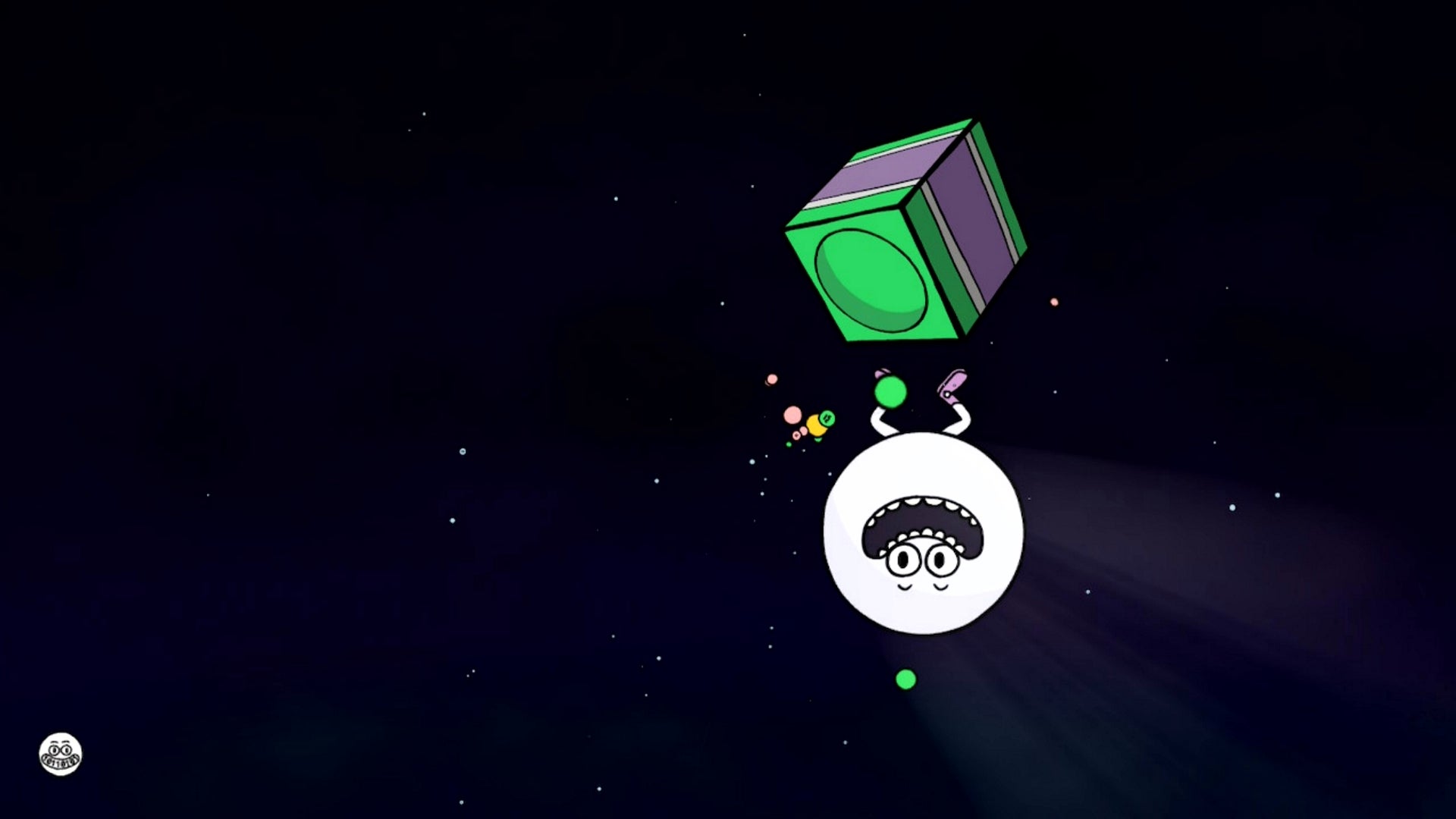 As if the concept hadn’t been hammered home enough through the campaign, the creative minds behind this one decided to make a party-based multiplayer mode where red balls slowly become Zombies and chase you and your pals around in a “Last Ball Standing” mode. Not enough daft ideas for you? How about competing in a farm herd, or ring-out competition called “Sumo”, or another idea that has you mowing the crops down in a large field. It’s a great fit for Switch, too, as it’s best played in bite-sized chunks, a few levels at a time, and with the natural multiplayer options Nintendo’s console has making it feel even more at home.

Pool Panic isn’t quite engaging enough to heartily recommend. The fact there’s an option to mute the music suggests that Rekim are well aware of how irritating it can be, but the gameplay isn’t always compelling or tight enough to make it the next big thing. The price is right, but don’t expect to be playing this one in a month’s time, but that’s not the worst thing in the world.

Bizarre and interesting; perhaps the quintessential Adult Swim-published game in that respect, but ultimately this one is merely just a decent game that may be guilty of thinking being strange is the same as being funny. Pool Panic shows promise but is more surface than feeling. It’s great it exists, however, if only to prove that, yes, sometimes games are just plain weird, and it’s okay to embrace that.