The Pono player is just one part of the Neil Young-backed company’s quest to deliver the highest-quality digital music package for serious audiophiles. Along with the hardware, there’s also a dedicated Pono Music store where Hi-Res Audio music albums cost a lot more than they do on iTunes or Google Play.

Raising over $6m on Kickstarter, the Pono Player has already started shipping to its backers and is going on sale for $399 (£240) in a small number of stores in the US this month. That’s significantly cheaper than Sony’s NWZ-ZX2 high-resolution Walkman, but does the Toblerone-looking music player actually live up to the hype? I spent some time with it at CES 2015 and so far, I like what I see, but it has some issues. 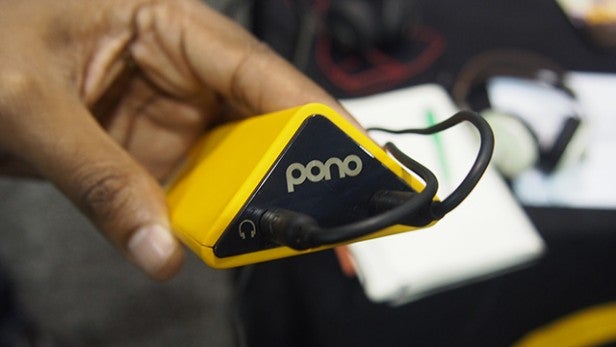 Inevitably the angular design and soft-touch yellow plastic is what really makes the Pono stand out. Pono says it’s working on a blue version, but the current model actually looks quite nice. It’s not something that’s going to sit easily in your pocket, but it’s light, nice to hold and it’s refreshing to see something that’s a little bit different and a lot less serious-looking when you compare it to Sony’s Walkman.

The layout and stature reminds me of the fourth- and fifth-generation iPod nanos, except there’s a 2.5-inch colour LCD touchscreen and three big buttons below for volume control and getting back to the menu screen. The display isn’t of fantastic quality and viewing angles are pretty average, but it’s a good size and easy to navigate through albums and music. 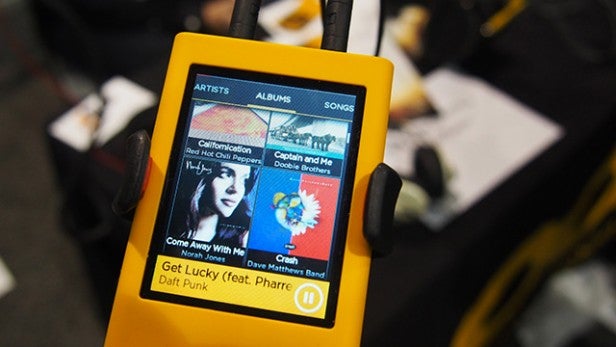 At the bottom of the Pono Player, you’ll find the Micro USB port to transfer music, and that’s the only way you can do it. There’s no Wi-Fi or Bluetooth connectivity, so there’s no way to access the Internet, and Bluetooth isn’t considered suitable for Hi-Res Audio.

Charging the Pono Player is also done via Micro USB, with the 2950mAh battery giving you around eight hours of playback, which is somewhat short of Sony’s 30-hour claim for the ZX2. Alongside the Micro USB port is a small triangular flap that hides away an SD card slot allowing you to add up to 128GB to go with the built-in 64GB storage.

Up top is where you’ll find two headphone jacks so you can share music with friends and, more interestingly, hook it up to a speaker or amp. Just below the two jacks you’ll find a small light that simply glows when the player is running. 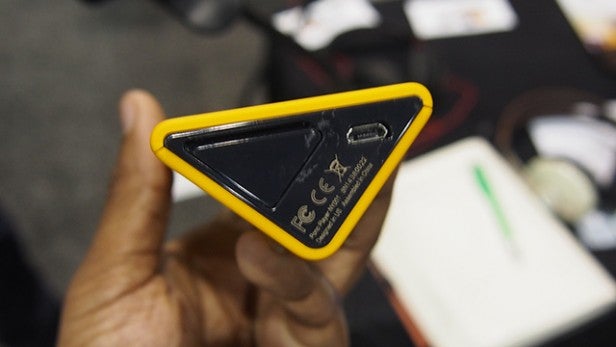 Making the high-resolution audio magic happen is the EES Sabre DAC inside, which hasn’t impacted greatly on the size of the player and is the kind of tech you can find inside some home theatre equipment. Its job is to convert the digital music into the analogue audio you can actually hear. It’s compatible with a host formats as well including AIFF, AAC, MP3, FLAC and WAV.

The software that the Pono Player runs on is based on Android and it’s pretty basic. There’s a top navigation bar you can scroll through to access settings, albums, songs and playlists. When tracks are playing, you get the iPod-style cover art pulled in with track information displayed below. It’s the type of basic approach that’s served Apple well for years on its iPods, so it’s no surprise to see the Pono Player taking some inspiration from the leaders in the MP3 player market. 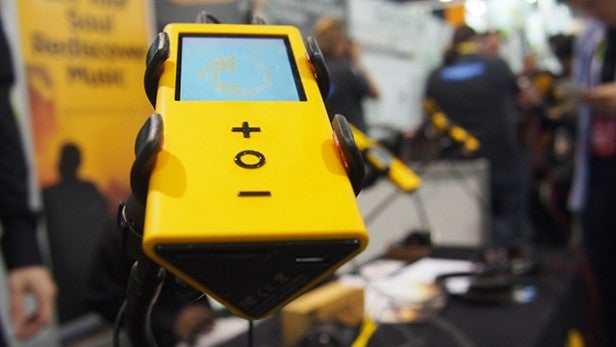 Sound quality is always difficult to judge in such a small space of time, but I was impressed with what I heard. Pulling on a pair of Sennheiser Momentum headphones, I listened to a range of pre-loaded tracks on the Pono, varying from Daft Punk to the obligatory Norah Jones – hi-fi companies love that lady for some reason – and you can sense the jump up in quality from phone or iPod audio. Bass is rich and not overbearing on more uptempo tracks, while vocals sound detailed with rich clarity. Like Sony’s Walkman, the performance doesn’t waver when you have to crank the volume up, either.

The Pono Player, like the Sony NWZ-ZX2, is for a niche market that’s usually willing to spend big for the best-sounding music. Its design won’t be for everyone, but it certainly turned out better than I expected when I first saw those images for the Kickstarter campaign.

Ultimately, the Pono Store will dictate whether the Pono Player sinks or swims. It’s expensive to purchase tracks at the moment and without support for hi-res streaming sites such as TIDAL, the Pono’s going to feel very restrictive. If the store continues to grow, there’s hope that Pono will be a success. If it doesn’t, it could end up being a major Kickstarter failure.