The Pong iPad mini case claims to reduce the user’s exposure to allegedly harmful electromagnetic field (EMF) radiation  produced by wireless devices, while helping to boost the cellular and Wi-Fi signal of the 7.9-inch tablet.

In addition, the Pong case for iPad mini also offers the same unique origami folding cover design that was seen on the original full-sized iPad case, although it lacks some of the most useful features despite its premium price tag. 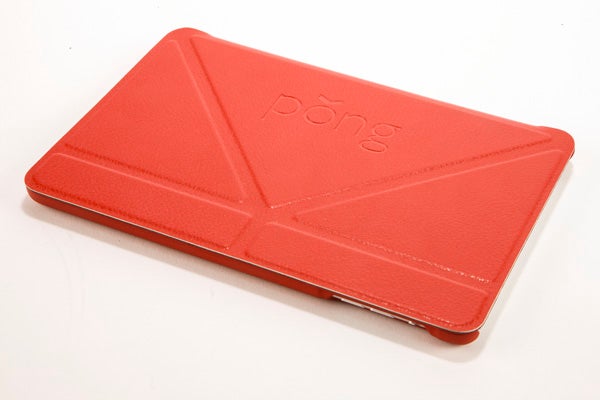 We’ll return to the Pong’s proprietary EMF-shielding technology in more detail in a moment, however judging the case solely on its ability to protect an iPad mini and increase its usability, it has to be said that the Pong case is found wanting.

The Pong iPad mini case is given a leather finish and features rubber bumpers on the rear of the case to protect
the iPad mini from bumps and drops and a protective soft interior. However, despite being lightweight, slim and well built the case doesn’t offer many positioning options. The unique origami-style folding front flap works by pinching together the two corners to form the stand rather ingeniously, but only offers one vertical and one horizontal position, both of which are far too upright to type on comfortably. Unlike the larger version, and the official Apple Smart case, it can’t be rolled up to make another stand. 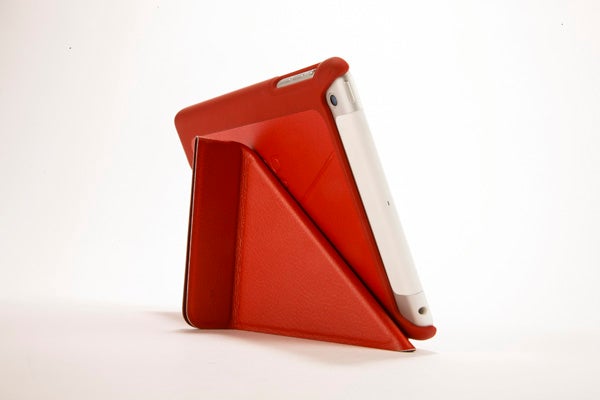 The folds in the origami front flap also leave fairly irritating and prominent fingerprint-like smears on the iPad mini’s screen, which can impair your view of the screen. You’ll need to rub these away with a screen cleaning cloth, which isn’t included with the case.

The case does feel sturdy and resilient though and looks stylish when fitted. It’s also easily removed so that the tablet can be docked successfully. While the case holds the tablet firmly in position the flap can often come loose. There’s no way of securing the flap when you are holding the iPad mini either, which is a minor annoyance. The rubber panelling on the back is also easily dirtied when put in a bag, although this can be cleaned with a damp cloth. 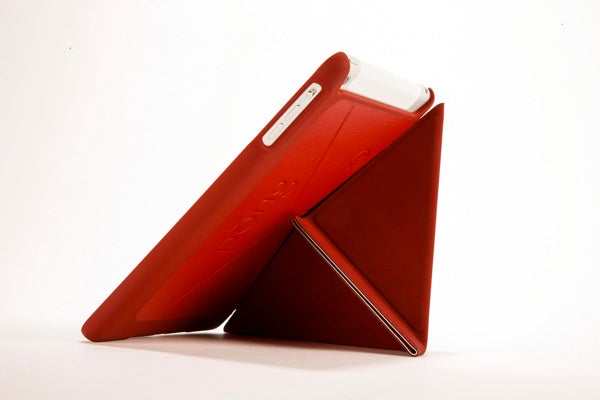 The Ping iPad mini case case does offer full front and back protection for the tablet though and allows easy access to the standby and volume buttons, without muffling the speakers. The case also puts the slate into sleep mode when the cover is closed, just like the official Apple case does.

One of the biggest potential selling points of the Pong case is that it claims to reduce the potentially harmful EMF signals emitted by the iPad mini or any other tablet. Originally designed for smartphones, the technology aims to direct the 3G/4G signal away from the user and has now found its way into tablet cases such as this one. 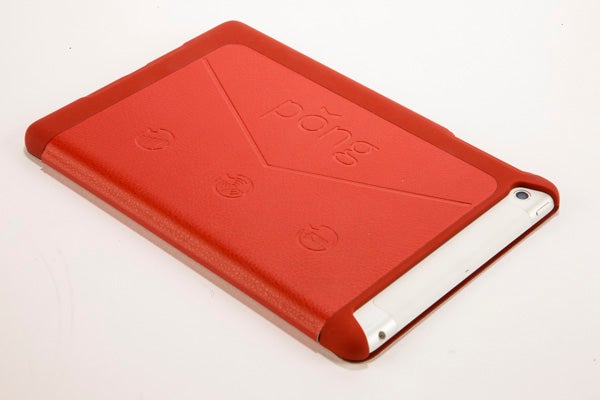 In layman’s terms Pong Radiation Redistribution technology works by diffusing the wireless radiation from the iPad mini’s cellular and Wi-Fi antennas away from the body. The rear panel of the case contains what Pong describes as an “ultra-thin flexible printed circuit board” antenna that reduces the Specific Absorption Rate (SAR), which is to say the rate at which the body absorbs the potentially dangerous radiation. Furthermore, Pong also claims that this circuit board antenna also ensures the iPad mini’s signal power isn’t negatively affected.

While that might all sound impressive, we have to report that while using the case we didn’t notice any difference in signal between the periods when the case was fitted and when it wasn’t, and of course the supposed signal radiation properties are invisible to the naked eye, so we’ll have to take Pong at its word for that one. Of course, if the Pong case does lower wireless radiation levels then that’s a great selling point – especially for a case that, otherwise, isn’t up to scratch in the functionality department. 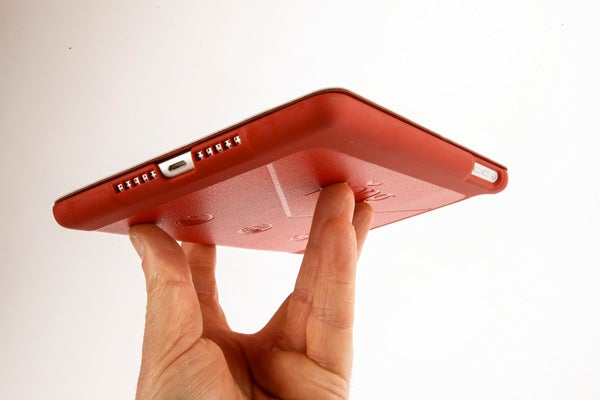 The Pong iPad mini case is well made, stylish and completely protects the iPad mini from all angles. However, the lack of folding and positioning options mean that the case doesn’t offer enough functionality for an otherwise highly portable and usable tablet. In addtion there are no obvious signal boosting qualities and the £79.99 asking price is more than double that of the Apple Smart Cover or other slim, lightweight third-party options. For these reasons we can’t recommend the Pong iPad mini case.