Introduction
The Pong iPad case claims to boost your iPad’s Wi-Fi and 3G signal while reducing the risk of exposure to the radiation that comes with wireless signals. Clever stuff no doubt but it has almost nothing to do with why we think it’s one of the best, if rather expensive, New iPad 3 cases available. 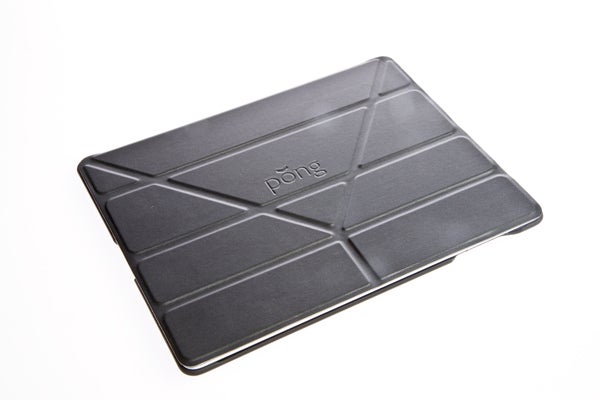 Its a fully protective case so as well as having a flap that covers the screen it also protects the back, like the new Apple Smart Cover rather than the old one. Like most such cases the back is made from plastic and it clips on at the corners but unlike many we’ve seen it does so very securely and it looks good too. It’s not brittle plastic either so can stand up to the stress of being removed and replaced multiple times, and it has a nice soft touch finish as well, which thus far (after several weeks use) hasn’t rubbed off. 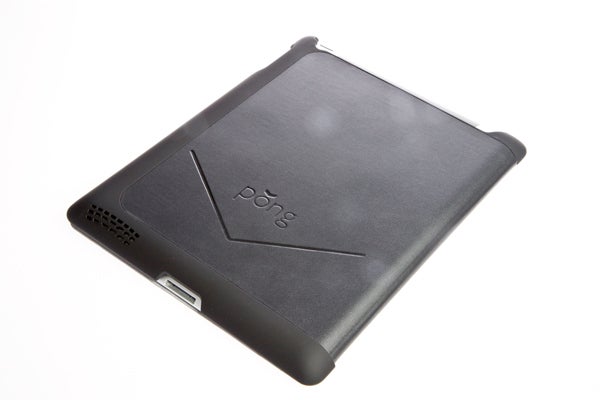 Crucially though, inset into the back is a faux leather panel that then wraps round to become the screen cover too. It’s crucial because this finish is both soft to the touch and non-slip (making it good for lap-typing), it gives the case a quality cohesive look and it ensure the cover doesn’t become detached. It’s worth noting that the case does mean the iPad won’t dock in many devices, which is why it’s so important that it can stand up to being repeatedly removed and replaced.

Pong iPad case features
The screen cover incorporates similar folds in it as the Apple Smart Cover, allowing you to roll it up to form a stand for the tablet. Moreover it has an even more useful trick up its sleeve. 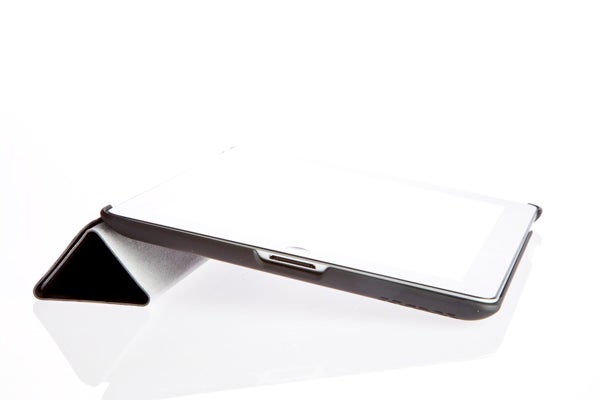 Diagonal folds also allow you to pinch the two corners of the cover together to form another stand, but this time one that holds the tablet at a much more useful selection of angles: about 60 degrees in landscape and 45 degrees in portrait. 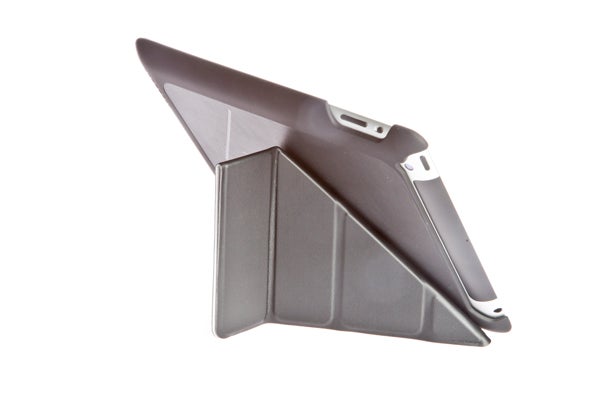 In landscape this provides the perfect angle for watching video, and what’s more it’s very secure when in this position thanks to the stand’s big surface area, making it practical for resting on your legs when sat or lying down.

The portrait orientation isn’t quite so secure as it rests on an edge of the case but the option is still there and it’s great for when typing a document with a wireless keyboard. 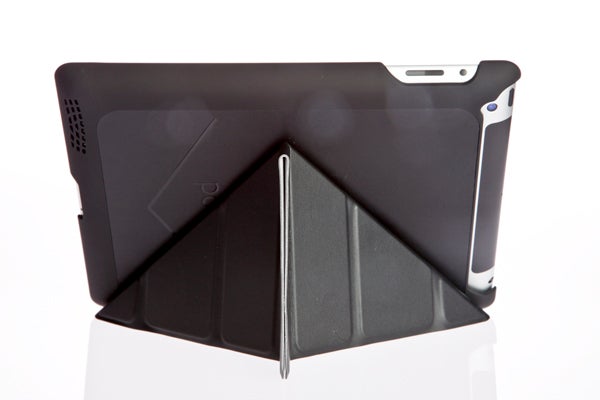 Like with Apple’s Smart Cover the underside of the cover has a microfibre finish though like apple’s effort it does little to actually keep the screen clean but rather does a good job of keeping it protected from knocks. One downside of this case is that the magnets which hold the cover on the screen are a little weak so it can hang loose if only held it the hinge end – a minor annoyance.

Pong radiation redistribution technology
All the above adds up to this being a very good iPad case already but what really tips the scales is the signature Pong Radiation Redistribution technology here in. This works by deflecting the iPad’s (Pong makes an iPhone version too) 3G/4G signal away from the user. It was originally developed to reduce radiation exposure in phones but has now found its way into tablet cases too. 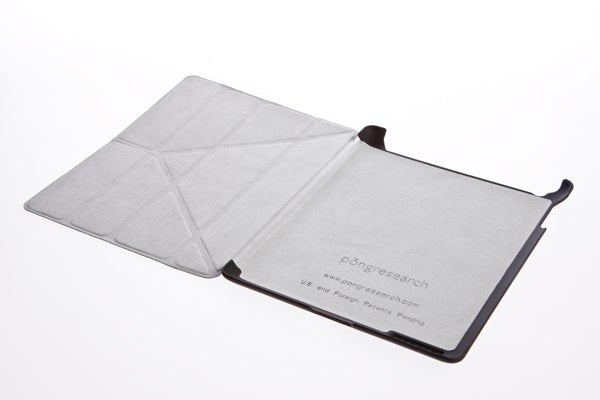 In all honesty Pong does a pretty poor job of explaining the true science behind its patented redistribution antennae with lots of independently verified white papers confirming the effectiveness of the case but few actual explanations as to how it works. But what those papers do explain is that the Specific Absorption Rate (SAR – the rate at which the body absorbs potentially dangerous radiation) of the iPhone 4S, when held in a standard phone call position, is reduced by 95% when used with the Pong iPhone case. Meanwhile the Total Radiated Power (TRP – the total signal strength) is hardly effected, unlike with some cases which reduce signal strength. 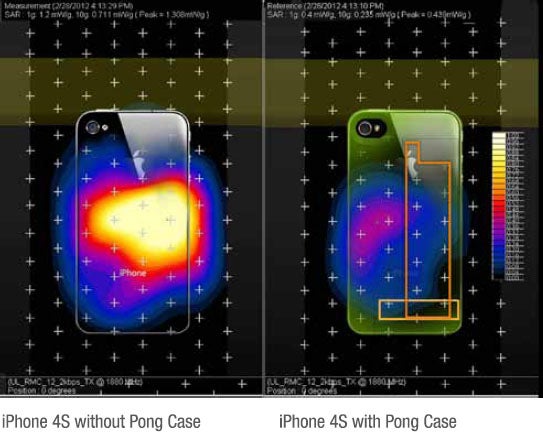 Obviously we’re looking at the iPad version here which is much less likely to be held up against your head so the radiation concerns are fewer. But, the technology is still there on the 3G version just in case, plus Pong also claims Wi-Fi strength and reliability is improved.

In our tests we didn’t notice much benefit, with a number of other cases round the office proving just as capable when it came to picking up a signal. Indeed Pong’s comparisons on its website are against two pretty substantial rival cases, rather than the more common slimline variety.

But, you’re still getting the radiation reduction and, even if results are rather variable, it doesn’t change the fact that this is otherwise a really nicely designed case that should be right at the top of people’s shortlist, if you can afford it.

Verdict
The Pong iPad case for the New iPad 3 (Wi-Fi 3G) is stylish and very nicely made, plus it protects your iPad completely unlike some covers. Add in a clever multi-position folding stand/cover and Pong’s radiation reducing, signal boosting technology and you have a winning formula. Unfortunately it’s horrendously overpriced so despite being one of the best iPad cases we’ve used, we can’t recommend it.