What is the Polk Striker Zx Xbox One Gaming Headset?

The Polk Striker Zx is a mid-range gaming headset designed specifically for Xbox One, although it works with other consoles as well. It’s a wired headset that costs under £100, and includes the bespoke Xbox One controller adaptor that’s required to hurl abuse at strangers over Xbox Live.

The Striker Zx boasts some cool features, including a retractable microphone, a lightweight design, and styling that’s far more subdued than most gaming headsets. However, audio performance is only really adequate, while the plastic finish feels a little cheap.

The Striker Zx ultimately sits in the sweet spot between price and performance by offering a substantial upgrade to the Xbox One’s bundled microphone without breaking the bank. If you play a lot of online games and like the look of Polk’s design, then the Striker Zx is a decent entry-level headset. Or there’s the slightly more expensive Polk 4Shot. 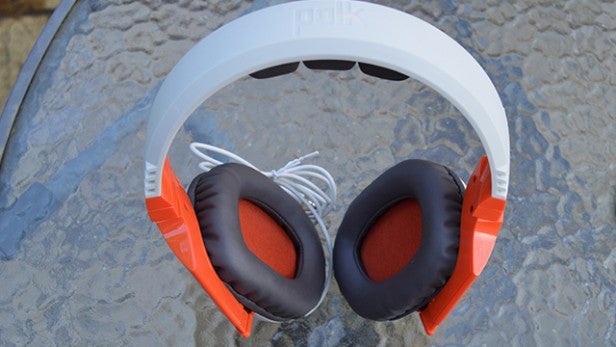 Most platforms, like the PS4, Nintendo Wii U and PC, share common audio connectors, allowing manufacturers to make one headset that works across different systems. Microsoft, in its infinite wisdom, decided it wanted a bespoke connector for its Xbox One console.

Adding insult to injury, it took Microsoft four months after the launch of the Xbox One to release a special adaptor that would allow standard headsets to work with the machine. If you already own a headset, you can pick up the Xbox One Stereo Headset Adapter for £19.99.

Specialist headset manufacturers have also released their own compatible headsets, including Turtle Beach, Tritton, and even Microsoft itself. These include the special adaptor that you need to connect to the Xbox One controller for audio. Polk’s competitors at the sub-£100 price range include the Turtle Beach Ear Force XO ONE, Tritton Kunai Stereo Headset, and Microsoft’s official headset. 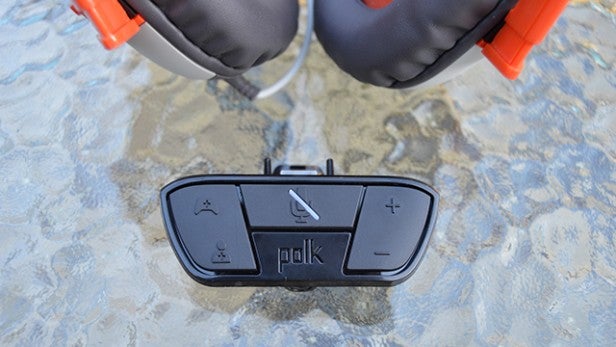 The Striker Zx package includes Polk’s own adaptor to interface between the headset and the Xbox One controller. This adaptor has buttons to control game audio and chat volume, plus a mute button for those times when you’ve run out of witty retorts to the barrage of mum jokes. This adaptor will work with any other standard gaming headset, so if you want to upgrade from the Polks or just use another headset you might already have, you can.

The headphones are essentially a standard pair of stereo cans with a pull-out microphone. A hardwired cable comes out of the left side which connects to the Xbox One controller, and at just over 100cm long, it’s the perfect length for when you’re holding a game controller. It’s a little short for other potential uses though, such as plugging into PC speakers on a desk, and it’s hardwired to the headphones, so you can’t plug in a longer cable (although you could buy an extension cable). 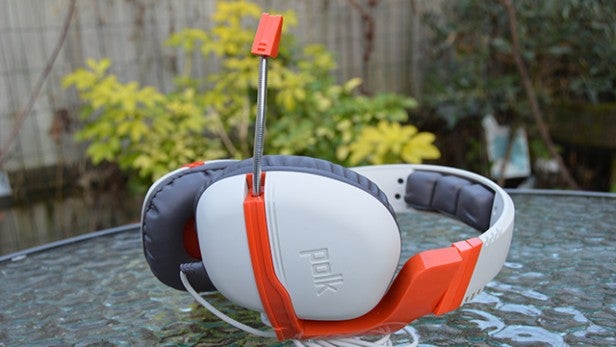 The retractable microphone is a really nice touch, extending from the left earcup when it’s needed and neatly tucking away when it’s not. The 7cm metal arm is rigid but bendable, allowing you to adjust its distance from your mouth, while the plastic coating feels durable. It’s a much more elegant offering than the microphones on the Turtle Beach and Triton models at this price, which are removable, rather than tucking away neatly into the headset itself.

The design of the Striker Zx is understated, especially in comparison to the garishness of the aforementioned gaming headsets. The colour scheme is reasonably stylish (our review model was orange and grey, but blue/grey and black varieties are also available), although the brushed plastic finish feels a little cheap. The foam padding on the ears and across the head is also a long way from luxury – Polk calls the finish “Protein Leather”, but it’s a long way from the luxury of a proper soft leather finish.

Thankfully, at 235.3 grams, the Striker Zx is one of the lightest gaming headsets on the market, making it comfortable to wear even for long gaming sessions.

In terms of compatibility, the Striker Zx is marketed as an Xbox One headset, but it will work with PS4 and Wii U as well. It will also work with PC, although you may need a splitter adaptor to plug the mic into your sound card or motherboard. 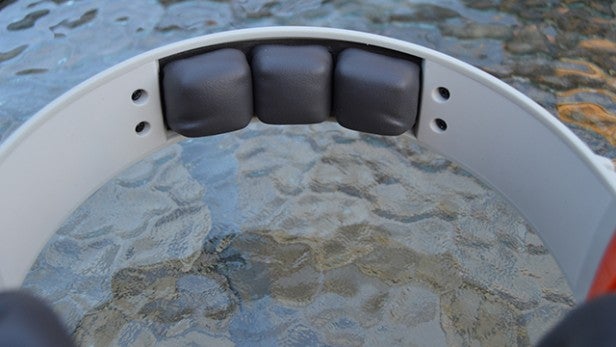 The Polk Striker Zx offers a sweet spot in terms of price and sound quality. It offers a substantially better audio experience than the headset bundled with the Xbox One console, but is a lot cheaper than the £250+ high-end headsets, and their myriad features such as surround sound, customisable audio profiles and wireless functionality.

In terms of audio quality, the Polks are in line with their competitors offer at this price. The Striker Zxs sound clear, with details such as vocals, footsteps and grenade drops coming through cleanly and distinctly.

Sadly though, they don’t provide the sort of deep bass that really adds to games in the first-person shooter and role-playing genre. The Turtle Beach Ear Force XO ONEs sound slightly better at the low-end, although as we mentioned before, the Polks are arguably more graceful and stylish. 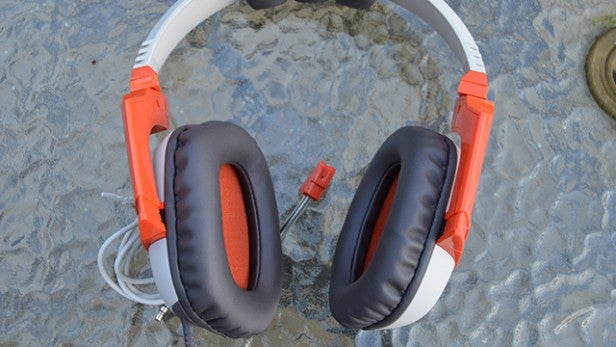 The Striker Zx headset doesn’t offer the dynamic audio presentation of more expensive headsets that incorporate surround sound technologies from Dolby. Nor do they offer any customisation options, say for amplifying footsteps in Call of Duty, for example.

Voice communication quality improves slightly on the standard Xbox One headset, although the voices can still occasionally be high-pitched or muffled. Overall, don’t expect a massive improvement over what you’ve used before, although it should be noted that voice chat has been improved over Polk’s previous 4 Shot headset, which received a lot of complaints from other reviews, even though we didn’t have any issues ourselves. 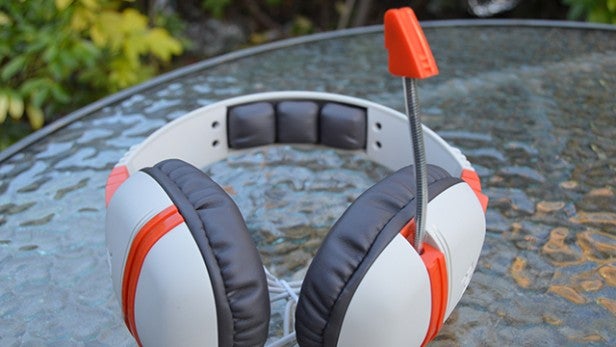 Should I buy the Polk Striker Zx Xbox One Gaming Headset?

The Polk Striker Zx Xbox One Gaming Headset has a lot going for it — it’s relatively stylish, has a neat retractable microphone, is impressively light, and works with both the Xbox One and PS4.

Audio quality is fine, and in line with what we’d expect from the competition at this price, although we wish they would go a little deeper in terms of bass. Voice chat sounds good, footsteps and grenade drops are clear, and the included Xbox One adaptor allows you to tailor the settings to your liking.

If you’re looking for an Xbox One headset at this price, it’s really between these and the Turtle Beach Ear Force XO ONE headset, with the Polks just edging them out on style, if not overall audio quality.

Polk’s Striker Zx Xbox One Gaming Headset is a good quality headset at a reasonable price, with style and elegant features setting it apart from the pack.