What is the Polk Signa Solo?

Budget soundbars must be rubbish, eh? Well, Polk is trying to challenge that preconception with the Signa Solo. It may be super-slim and super-cheap, but it’s packing everything you need to give your TV audio a big boost. And it can also be used as a Bluetooth speaker.

The Signa Solo is a real (horizontal) beanpole. It’s around a metre long, but very skinny – about as tall as it is deep. Basically, it’s a black plastic baguette.

The front is entirely taken up by a fabric grille that hides four 2.5-inch drivers and the status LEDs, which just about shine through. On top are five small, round buttons: power, Bluetooth, source selection, volume up and volume down. 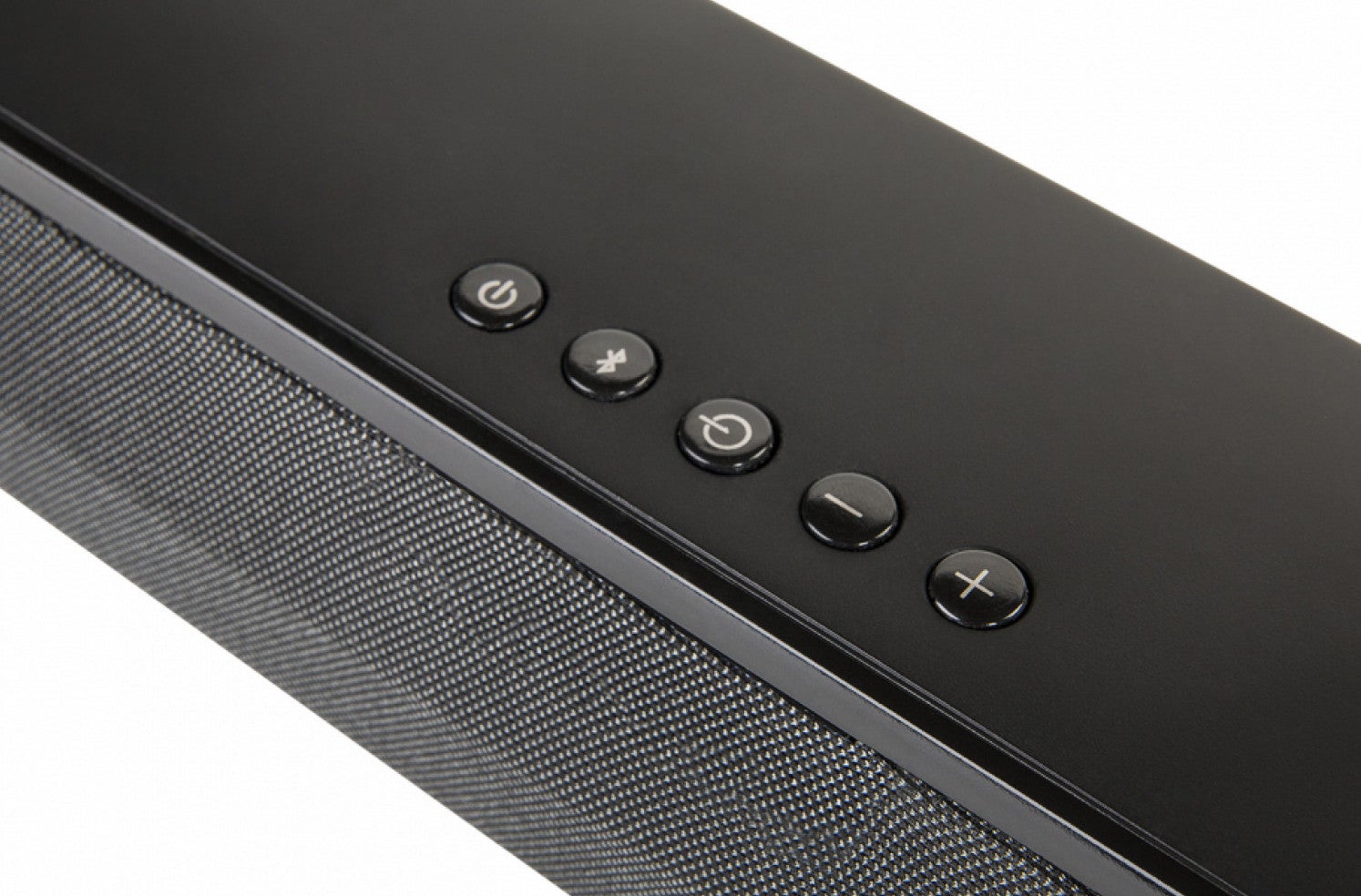 Around the back is the minimal selection of physical inputs – optical for connecting to your TV, and a 3.5mm aux input – as well as the power socket. Power is supplied via a wall-wart transformer, which isn’t as convenient for wall-mounting as having a built-in power supply and being able to use a standard figure-of-eight or kettle lead.

On the upside, the Signa Solo already has a pair of keyhole mounts moulded into the back panel. As a result, cable routing aside, you just need to pop a couple of screws into the wall or the front of a cabinet to hang it.

At either end of the back panel are the bass ports, firing sideways, to help with bass extension. 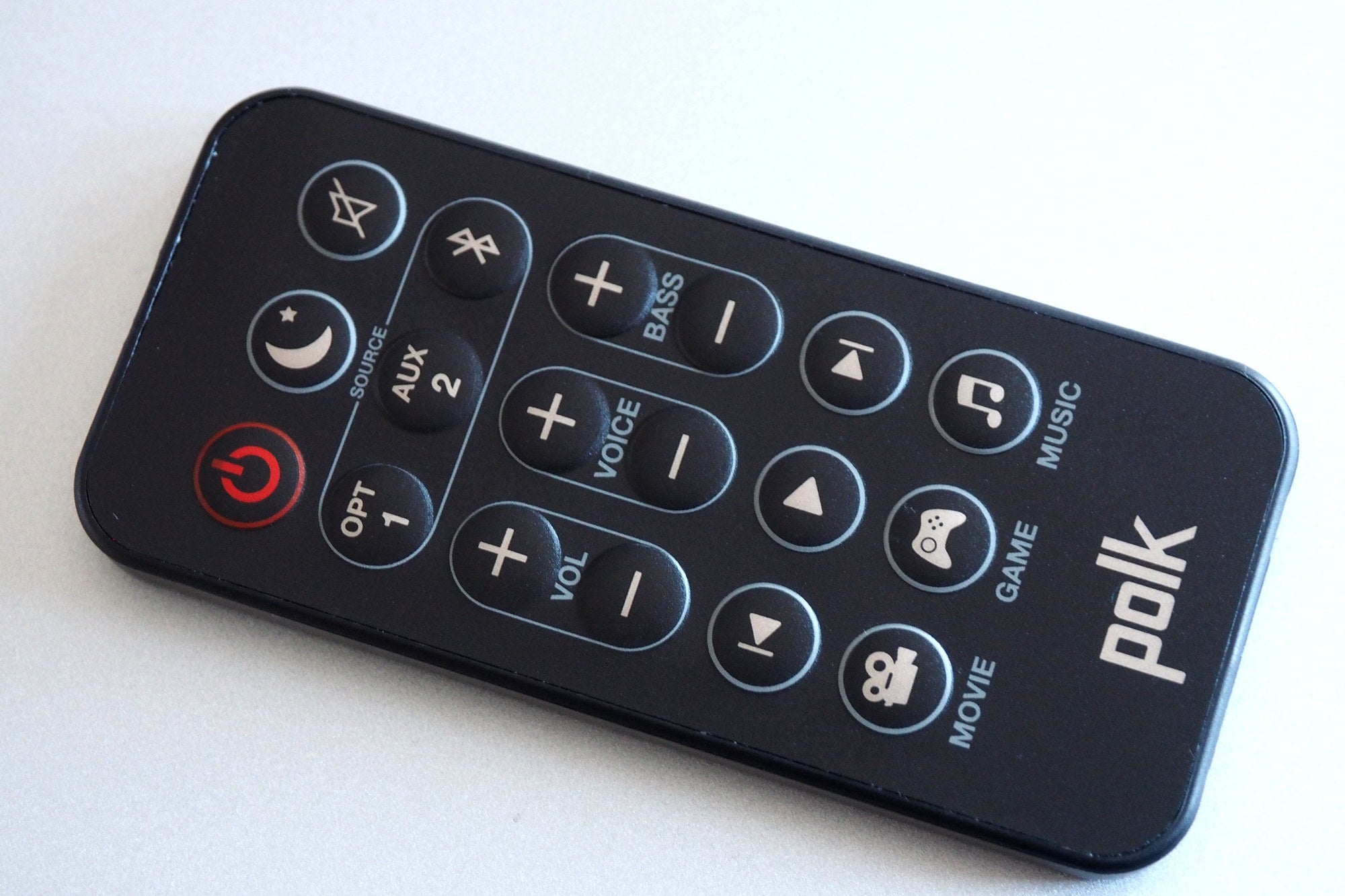 The remote control that comes with the Polk Signa Solo is the biggest indicator that this is a low-budget product. It’s nasty. Tiny remotes with blister buttons are pretty common in the world of audio tech. However, although such remotes are fine for occasional use, you really don’t want to be stuck with one for day-to-day prodding.

If you can programme your TV or set-top box remote to learn the volume controls for the Signa Solo, I’d strongly suggest you do. You’ll still need to keep the Polk’s remote to hand, however; it’s the only means of changing the audio modes – Movie, Game, and Music – and the EQ balance for bass or speech. 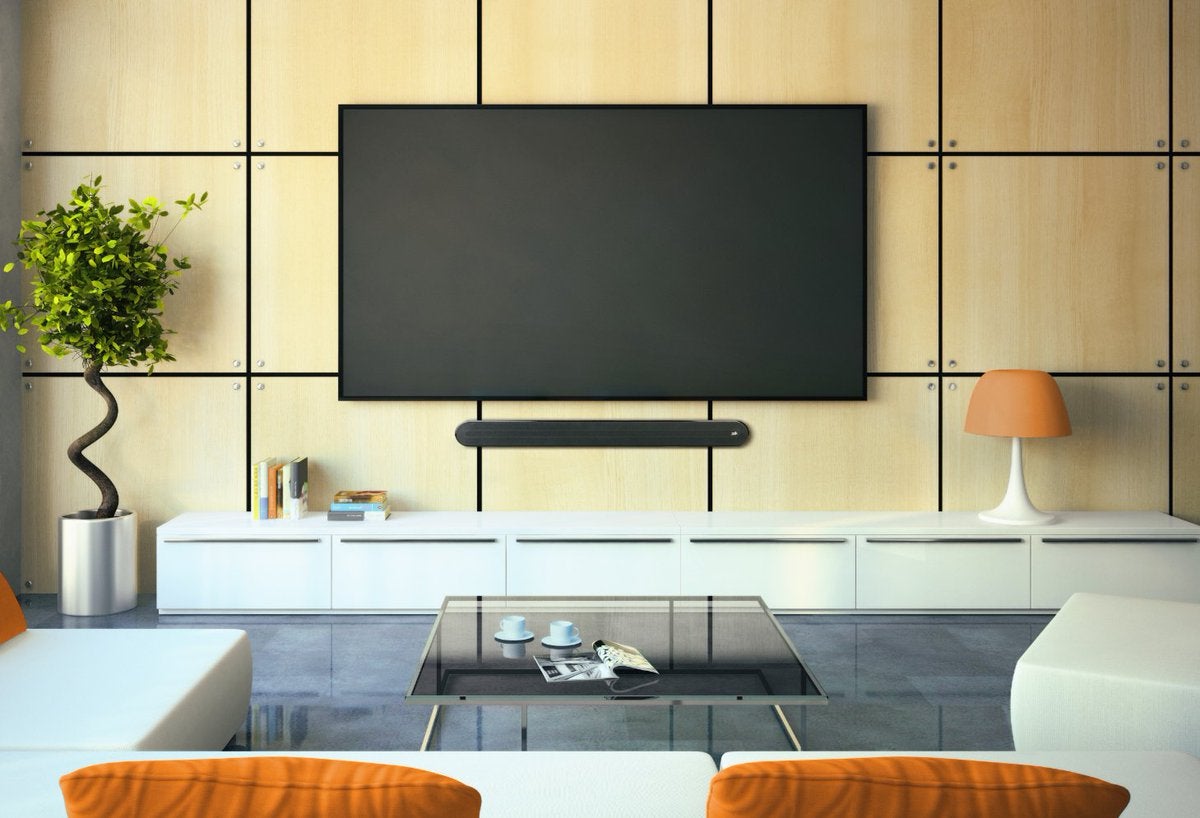 I connected the Polk to my TV via an optical cable, since it doesn’t give you the option of using HDMI. Straight from the box, I didn’t have any issues with audio sync, and the Signa Solo already seemed to be set to its Movie mode.

As a straight upgrade from my TV’s pathetic speakers, the Polk was immediately an obvious improvement, especially with dialogue. Voices came through loud and clear.

More atmospheric scenes lacked detail, however. Bass is more weighty than you might expect from such a slim sonic baton, but it isn’t particularly well controlled.

If you’re primarily watching speech-heavy TV shows, rather than smash-bang blockbuster movies, it does a solid job.

With music, the deal is pretty much the same. Vocals are put front and centre, the bottom end wobbles a little, and the mid-range and treble aren’t refined enough to separate instruments particularly well. However, you’d struggle to find a Bluetooth speaker that can manage the same scale at this price. 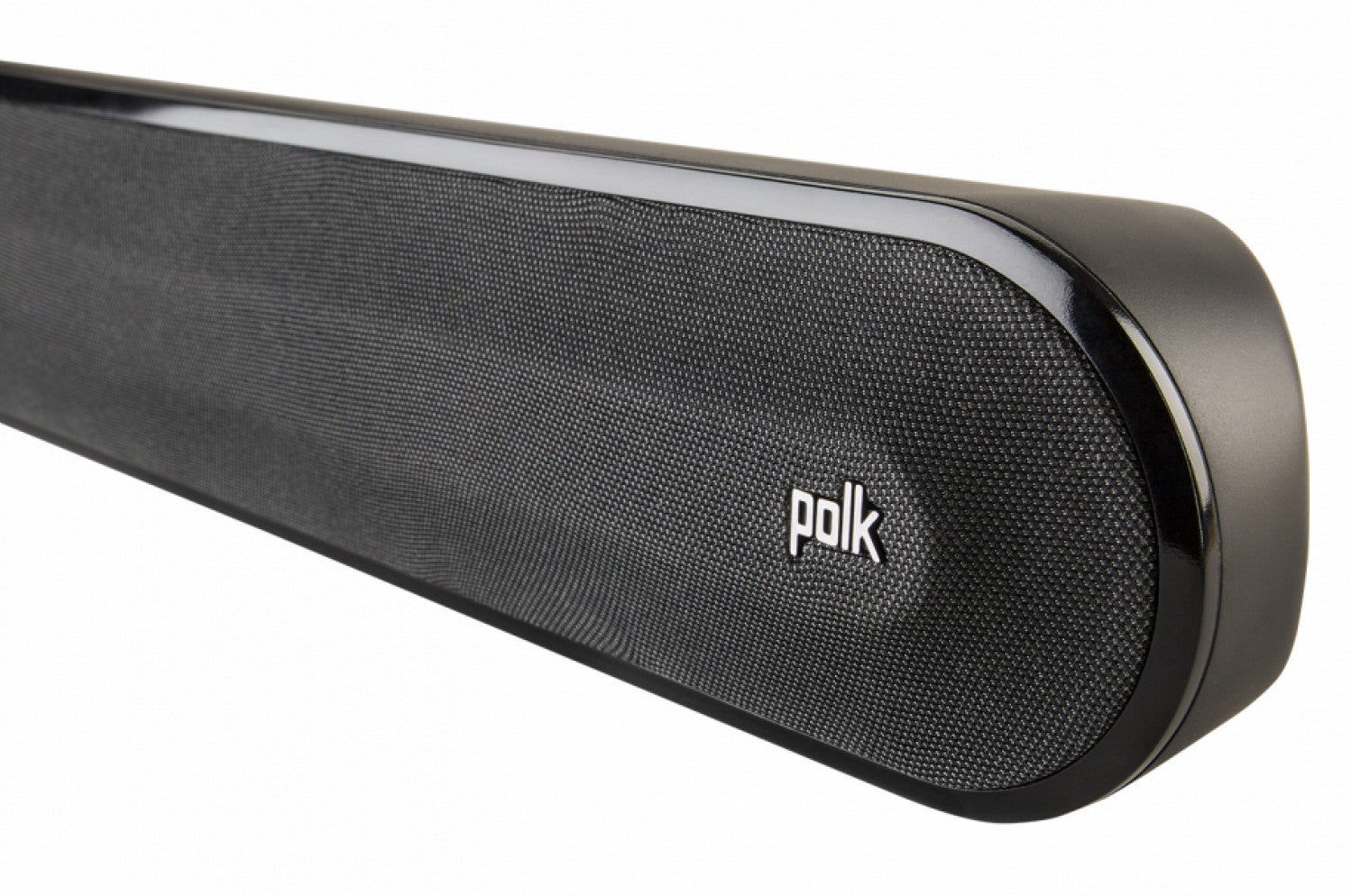 Why buy the Polk Signa Solo?

If you’re still struggling along with your skinny TV’s built-in speakers, this is just about the cheapest worthwhile upgrade you’ll find.

However, it really doesn’t cost much more to get a better experience, especially if you shop around. For example, the Samsung HW-K450 has a wireless subwoofer, a decent remote and a slick control app – and some recent deals have put it at the same price as the Polk. Sky Q customers can also get the impressive Sky Soundbox from as little as £249.

The Signa Solo remains a neat single-box add-on, though, and as long as you’re not expecting layers of sonic detail and ground-shaking bass, it does the job – particularly to improve vocal clarity.

The Polk Signa Solo is a neat, discreet soundbar at a super-low price. Just don’t expect too much.