Despite Flip’s exit from the market it created, the number of different pocket Internet camcorders available continues to grow. Latest to join the bandwagon is Polaroid, although the brand’s heritage in instant consumer image capturing makes this kind of camcorder a fairly natural progression. But it’s not just a basic pocket Internet camcorder. The X720 is waterproof, too, and comes in at a surprisingly keen price.

The X720’s waterproofing stretches to a depth of 3m, although Polaroid doesn’t quote any particular compliance with international standards. It achieves its resilience thanks to locking flaps over its compartments. One covers the battery, which comes in the form of two regular alkaline AA cells so you will have no problem finding fresh power when out and about. The second protects the USB 2 and mini HDMI ports, as well as the microSD slot. Both flaps have rubber pads to ensure a tight seal, and both have double mechanisms keeping them securely shut. Neither seemed likely to open accidentally during our testing. 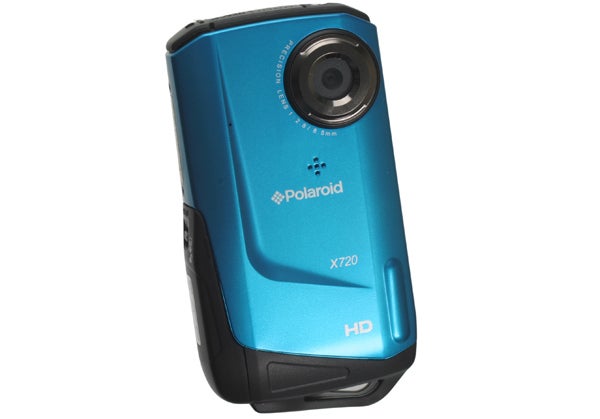 One thing Polaroid has not provided information about is the sensor the X720 uses. It has the ability to shoot video at up to 1,280 x 720 and 30 frames per second. You can also shoot WVGA – a widescreen version of VGA – at 30 or 60 frames per second, regular VGA, and QVGA. Still images can be captured at 3, 5 or 8Mpixels, but as we don’t know the resolution of the sensor we can’t say how much interpolation is involved here. As we mentioned before, microSD is used for storage, which is unusual even in pocket Internet camcorders. This will have shaved a few millimetres off the dimensions of the X720, though, and media isn’t significantly more expensive than full-sized SD at most capacities. 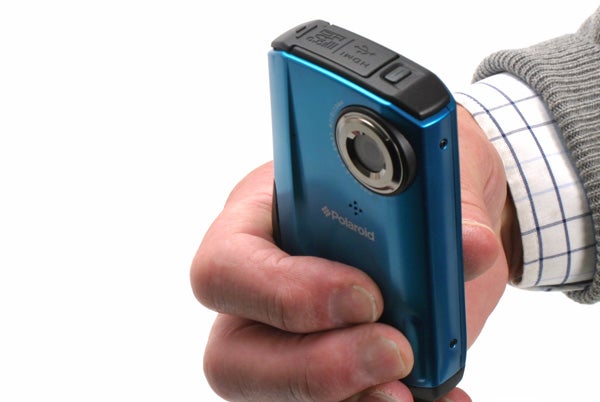 The X720 has a few more features than most pocket Internet camcorders,
although only a few. These are all operated by a smattering of
rubberised buttons, which need a good solid press to register being
touched. The zoom is a mere 3x and digital, with all the implications
for reduced video quality that entails. But things improve slightly from
here. In particular, you can enable a small selection of scene modes,
including landscape, portrait, sport, and night landscape. So although
no direct control over shutter or iris is available, you can bias these
for different types of shooting via the scene modes.  There’s an ISO
setting, too, giving 200 and 400 options as well as automatic, which is
strangely available in video mode as well as photo mode.

Its also possible to alter the way metering is performed, with centre spot and average options. Alongside automatic white balance there are presets for sunny and cloudy conditions, plus tungsten and neon indoor lighting. However, no fully manual option is available. There are a couple of digital effects included, for rendering your video in black and white, sepia and negative, although our usual feelings about in-camera effects – that you’re better off adding these at the editing stage – still apply. 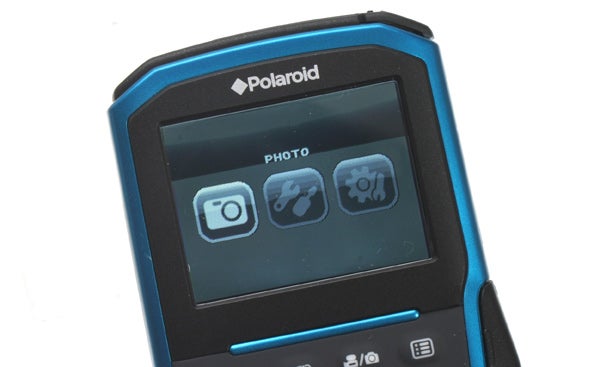 Most surprisingly of all, there’s even a modicum of control over sharpness, with the facility to increase or decrease this by one notch. An EV exposure control with 13 settings between 2 and -2 is also available, although it’s strangely located at the end of the second menu page. We’d expect to see this further up the options, as you may want to make more frequent use of it than some of the options above it, particularly as there is no backlight compensation setting. 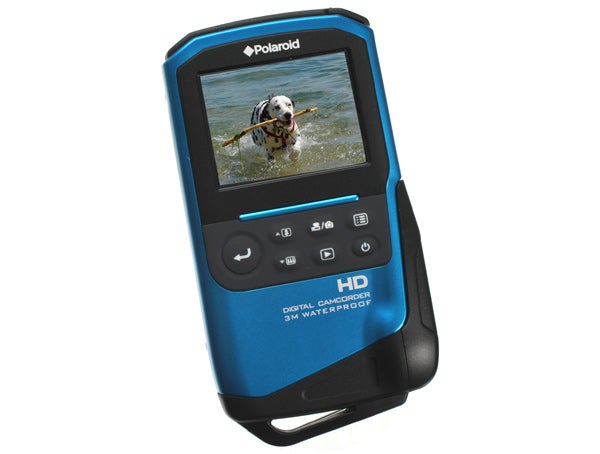 As with virtually all pocket Internet camcorders, the range of ports available doesn’t include minijacks for headphones or an external microphone – not that you would be able to use these underwater anyway. So you will have to rely on the somewhat mediocre built-in mono microphone. However, a slightly more annoying omission is the lack of a standard tripod screw mount. While this camcorder is clearly meant primarily for handheld use, you won’t be able to hook it up to a Gorillapod, car mount or helmet attachment for shooting unattended. Instead, there’s a loop on the bottom so you can attach the X720 firmly to a lanyard, which will be handy, but isn’t a substitute. 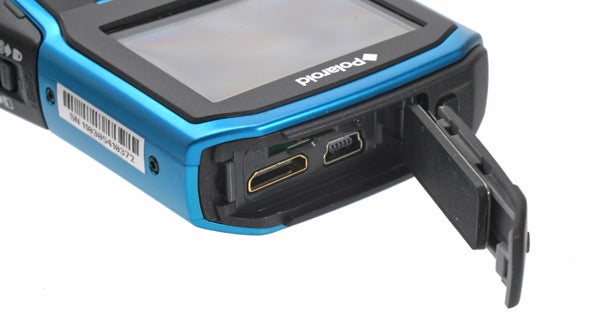 With no sensor specifications available for the X720, we weren’t sure
what level of image quality to expect from it. Pocket Internet
camcorders tend to perform better than you might expect in low light,
considering their price. The X720 doesn’t quite live up to this
tradition, although it is still better than a lot of cheap camcorders
we’ve tested. In our usual 100W ceiling light test, the X720 produced a
fairly dark image, with muted colours, but at least it wasn’t riddled
with grain. In brighter, natural lighting the automatic white balancing
did a decent job, but colours were slightly inaccurate, with reds in
particular looking a bit washed out. It’s also worth noting that the
X720 has no image stabilisation system, so shaky camerawork means shaky
footage. Overall, though, performance is far from atrocious, and
certainly good enough for the price.

Verdict
We’re
not sure how much Lady Gaga, Polaroid’s creative director, was involved
in the making of the X720, and there are no giveaway signs such as the
chassis being made of raw meat. In most respects, Polaroid’s X720 is a
me-too product, with nothing particularly singling it out from the
pocket Internet camcorder crowd. However, it does have one rather unique
feature. Despite the added bonus of being waterproof, this camcorder
costs just £70, making it one of the cheapest on the market. So although
it’s not that special in terms of image quality or features, the X720
is exceptionally good value.