Anybody who has ever used a Polaroid Instant camera will know how convenient it was to have a picture immediately after taking it to show to your friends or as a record of an event. While it’s still very easy to take instant photos in a social setting, typically with a camera phone, a paper copy is harder, ironically, since the demise of Polaroid’s instant film cameras.


As some recompense, Polaroid is the first company to introduce a printer based on ZINK Imaging’s new technology. ZINK, which stands for Zero INK, uses no inks, ribbons or coated films. Instead, all the technology needed to produce a full-colour print is held in three layers of transparent crystals, coated on the ZINK paper. A thermal print head sends pulses through the layers to heat the appropriate set of crystals and produce a colour image.

The small, black and silver printer is easily pocketable and comes in slightly smaller in volume than the power supply used to recharge its Li-ion battery. It has a type one USB socket on the side to take a PictBridge cable from a camera and the only control is a power button. A pair of three-colour LEDs show charge and power status, and prints feed out from a narrow slot in one end of the printer


Installation and set up could hardly be easier. A catch on the end of the PoGo releases a spring-loaded lid and 10 sheets of ZINK paper fit into a recess in its body. Clip the lid shut again, and it’s ready to print. There’s no software, as this printer doesn’t work with PCs; only with cameras and mobile phones. The phone connection is via Bluetooth, and all you need to set that up is the printer’s pin, which the phone requests before completing the link. 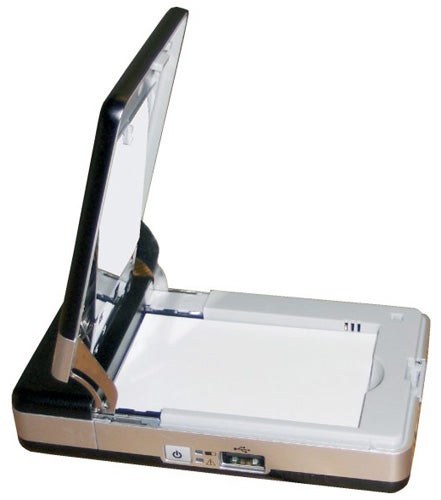 Under test, the good news is we’ve found a printer that lives up to its claimed print speed. Polaroid says it takes ‘about a minute’ to produce a print, and we measured it at ‘about a minute’ printing from Bluetooth and via a PictBridge cable from a digital camera. This seems like a good speed, considerably faster than standalone inkjet or dye-sublimation printers, until you remember that the print size is only a quarter of the standard from these other printers.


Linking the PoGo to a Bluetooth phone is very straightforward and once we got the phone to do a Bluetooth search, it spotted the Polaroid printer and linked to it without problem. It only takes around four seconds longer to print via Bluetooth than to print over PictBridge.

While a printer like this is designed primarily for its fun on-demand element, the photos are probably best viewed in pubs and clubs where the lights are low. The prints show an annoying lack of detail, give faces a generally blotchy look and include the occasional white line where it appears the print head has misfired. 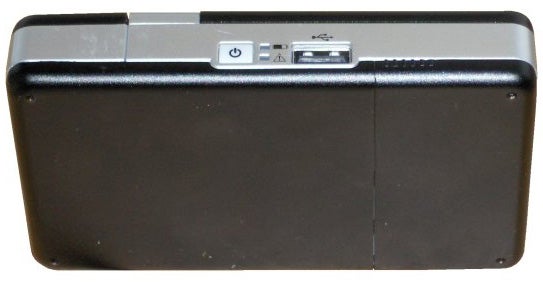 Compared with even a 15 x 10cm print there’s a lot of fine detail missing so, for example, in one of our tests images (see page 5) which includes a palm tree, the fronds look ragged, making the tree look noticeably poorly.


But, hey, the prints have sticky backs. Peel off the backing paper and you can stick them on walls, furniture or your friends’ backs; the ideal tool for low-level embarrassment. 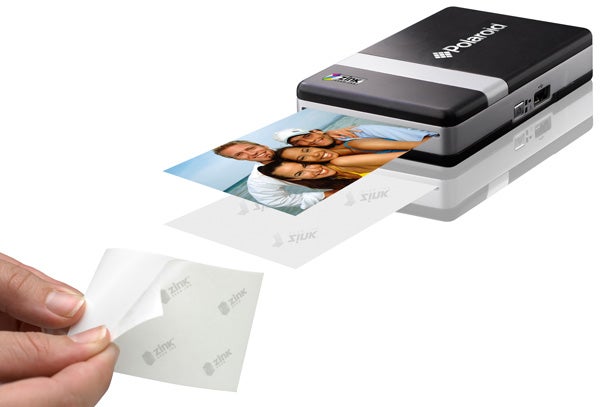 All you need to buy to run the PoGo is paper, and 30 sheets cost around £7, if you live near a branch of John Lewis. Each 30-sheet pack contains three sachets of 10 sheets, as the printer can only take this many, and a small blue under-sheet with a barcode printed on it informs the printer you’ve loaded new paper. A cost of 23.15p per 3 x 2in print isn’t cheap, though Polaroid has always charged extra for the convenience of its instant photo technologies.


While there’s no doubt that the PoGo printer is extremely convenient and easy-to-use, the ZINK technology is not at a stage where you’re going to see good images. Give it some more development and another couple of generations and it might get somewhere near the standard of the old Polaroid instant photos.


ZINK licenses its technology to Polaroid, but this isn’t an exclusive licence and other manufacturers are known to be working on cameras and laptops with built-in ZINK-based printers. We’d like to see larger prints, at least up to the size of old Polaroid instant prints, and fervently hope the next generation of the print technology will offer greater detail in the images it produced.


However, if you want a printer that’s immediately fun as a talking point, and one that produces expensive, business card-sized prints you can stick on your friends, the PoGo is ideal. 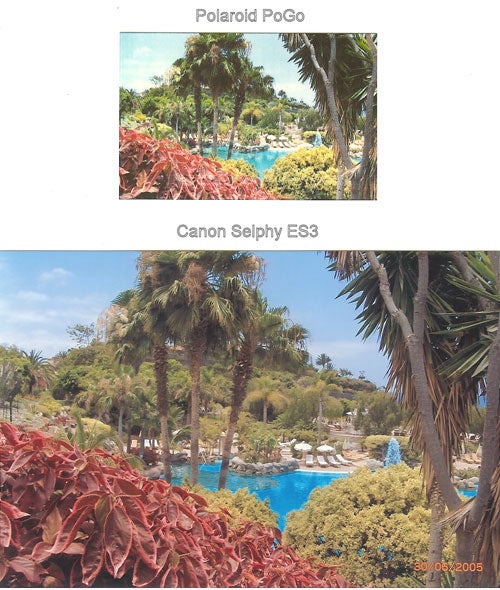