The Polar M400’s smartphone app is really nothing to write home about. There’s none of the competitive/social stuff Fitbit and Nike do so well.

Instead there’s a very simplistic presentation of recent tracked activities (map and graph) and daily fitness and sleep – all rendered in a stark design mostly reminiscent of just about every PowerPoint presentation you’ve ever seen.

In the app (and on the Flow website), a diary tracks your historical activities, letting you see mapping, charts of heartrate zones, pace and laps. There’s also Polar’s “training benefit” summaries and very accurate, sport, height, weight, age and gender-specific calorie counts for each activity. 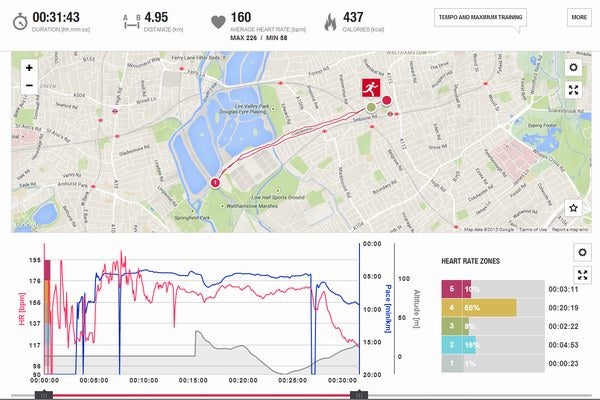 The real action, though, is on the desktop Polar Flow site. The same basic info you get in the app is bolstered by a series of additional options. Most obvious is Flow’s Strava-rivalling map.

Naturally this global, zoomable map of other people’s public activities is not as well-populated as Strava, but seeing as you can export easily to Strava also it’s easy to be on both. This, however, is the only real “social” element. You can also “request to follow” nearby people to see their training data. But it’s hardly sociable feeling and there’s no real interaction built in.

Where the main Flow site loses on sociability, it scores on training power. On the site you can create custom training activities – this is where you can setup warmup and cooldown, distance/heartrate triggers and more – so you can do interval training. For a device at this price, that’s rare. These are then either scheduled into the calendar or saved into your favourites, to store on the watch after the next sync.

You can also setup your sport profiles – not just to tell the watch whether to turn the GPS or HRM on or off, but also what data to show on which screens. So if you’re running, you may only want current pace, distance and heartrate on one screen. But if you want you can have other screens with all sorts of variable on also. And chances, obviously, are you’ll want a different set of data if you’re cycling, or “aqua fitness”-ing.

You can also export data to MyFitnessPal, Strava and others in standard GPX route or TCX training file formats. 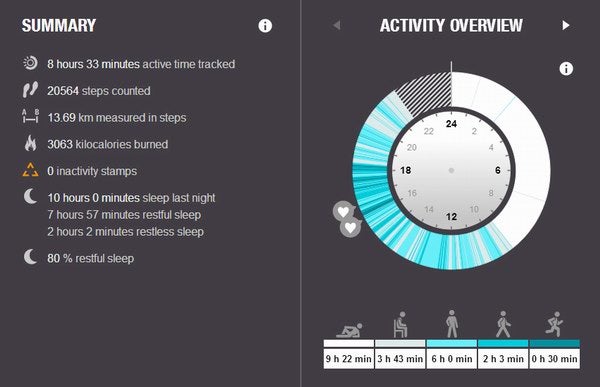 The Polar M400 is very simple to get going. The profile creation process on app, watch or Flow desktop site are essentially identical and involve putting in date of birth, gender, height, weight, and some basic indicators of how fit you think you are (how much sitting you do for work, and how often you do fitness activities in a week).

After that, Polar will automatically guess resting and maximum heartrates, your heartrate zones and your VO2max. Or you can work them out yourself and customise.

Similarly, syncing with desktop via USB, or smartphone via Bluetooth, is fairly easy (and works on Android and iOS). 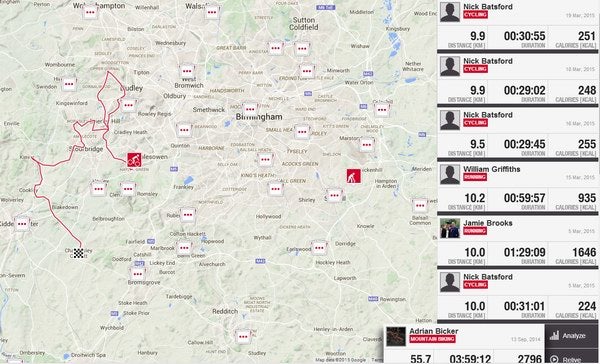 Particularly given the Polar M400’s small weight and low profile, performance is excellent. GPS signals were clear, even under tree cover and the watch got up and running marginally ahead of most of its rivals in the GPS watch pack.

The Polar’s H7 Bluetooth heartrate sensor that’s optionally supplied in the box with the M400 can be finicky to fit and get working (on several people tested). But once in place, it works accurately and doesn’t tend to budge. And the M400 worked just fine with several other Bluetooth straps tested.

The result is a device that tracks steps, GPS and heartrate well. And, combined with the extra functionality – such as water-resistance, interval workouts and customisable sport profiles – makes it a high performer at this price point.

The Polar M400 lived up to billed battery life of eight hours tracking both GPS and heartrate or 24 days of just steps/sleep tracking. In other words, across several weeks of testing, the watch only needed charging once a week generally, and once after three days during a heavy week which had a long fitness activity in every day. 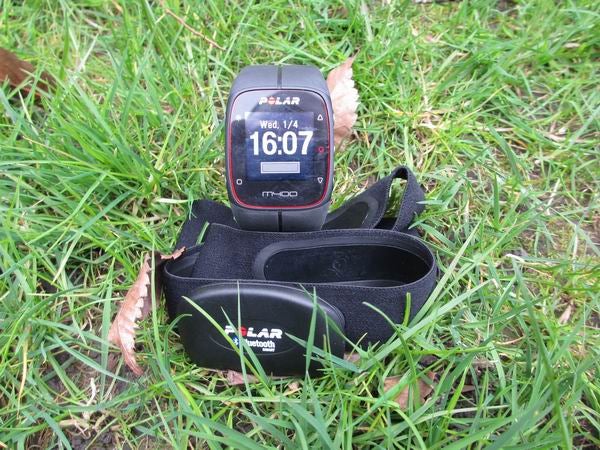 If you want to track fitness, across multiple sports, the likely answer is yes.

Where the M400 fails, its big sibling the Polar V800 largely picks up the ball – but is twice the price. So if you need accurate cycling cadence or power stats, or if you want to track heartrate during swims, then look in that direction (or to other higher-end fitness watches).

Or, if you don’t really care about tracking heartrate or GPS data (or do it fine via your phone already, thank you very much), then plain fitness bands will be better for you.

Of course, the M400 is also just the first in a wave of new devices – some with optical heartrate monitoring built-in, so you don’t need a strap; some with GPS also; some with both and smartwatch functionality too – such as the Fitbit Surge.

So the Polar M400’s top-of-the-pile position may not be long-lived. But it’s unlikely even in the medium term, you’ll get such a fully-functioning multisport fitness watch, from a fitness-focussed company, at this price.