What is the Polar Loop?

The Polar Loop is a fitness tracker from the Finish company that’s no stranger to the world of performance monitoring having made its name for making GPS sports watches and heart rate monitors.

Designed to be worn 24/7, the Loop is compatible with Polar heart rate monitors and while not currently available in the UK, has high hopes of giving the Nike Fuelband SE and the Fitbit’s range of devices a run for their money. 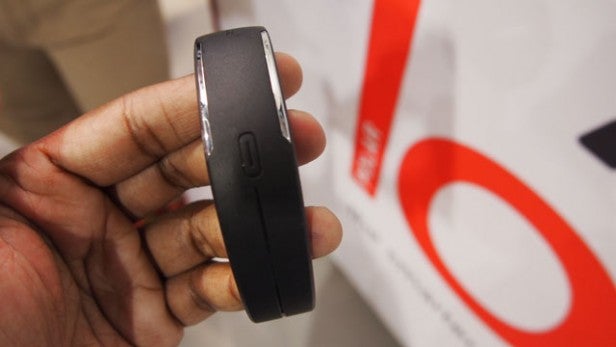 Unsurprisingly, the Loop adopts the Fuelband approachas its made of the usual a rubbery soft touch, plastic with a single navigation button accompanied by a red LED display. The metal buckle doesn’t include a built-in USB port like the Fuelband, so you will have to rely on using a proprietary USB cable to charge it.

The Loop only comes in one size and if you want to make it smaller, Polar is providing a cutter to adjust it. That of course has every possibility of going wrong especially if you make it too small. It’s also waterproof, which is rarity for most fitness trackers and Polar says it is specifically suited take it swimming.

Trying it on, the Loop is comfortable to wear and the metal buckle doesn’t provide any discomfort. One small criticism is that the single navigation can be difficult to quickly locate. It does lack the stylish more minimalist look of the Fuelband and the Fitbit Force, but the LED display is one of the nicest we’ve seen and has great visibility for quickly reviewing data. 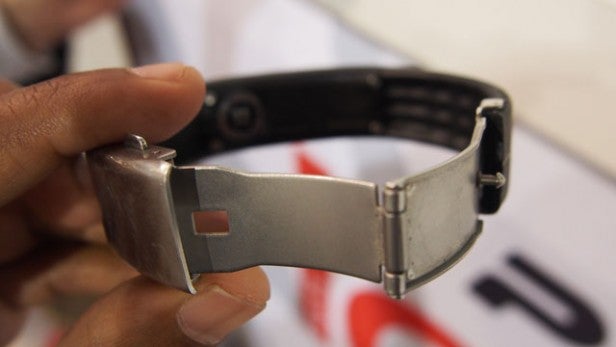 The Loop uses Bluetooth LE to sync with Polar Flow smartphone app, which is currently only available for iOS devices. There is an Android app on the way in March, but sadly there’s no love for Windows Phone users. The Flow app lets you review data with bold graphics to help digest the information and show how active or inactive you’ve been during the day.

With the latest version of Bluetooth, the Loop can also communicate with Polar’s H6 and H7 heart rate monitors to see how hard you are really working. Unnfortunately that does mean paying extra to a strap it onto the chest.

Polar uses a 3D acclerometer inside the band to track steps walked, calories burned and can tell the difference between five activities. That means it is capable of knowing when you are simply going for a walk or heading to the gym to go for a more intensive swim. As your day progresses, it can even suggest activities to do to help you reach daily goals. It can also show resting and sitting times to help monitor sleep and can send a message to your phone when you’ve spent too long sitting on the sofa. 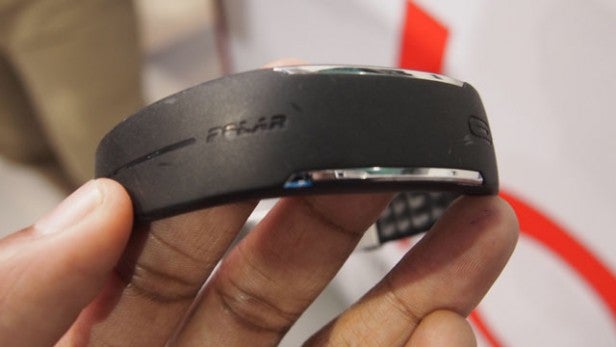 There’s Facebook integration to share progress and the Polar Flow smart web service to get some extra guidance on how to achieve long-term goals. Here you can also set up a training diary to make sure you are keeping up with the fitness regime.

In terms of battery life, the Loop can manage 5 days on full charge and can record 12 days worth of data before it’s necessary to sync the information to the app or web service.

The Polar Loop at $100 (around £60) is cheaper than the Nike Fuelband and Fitbit Force, so it’s a more affordable option to buy as a fitness tracker. It does offer a lot of the information similar devices already offer and to get the richer information you’ll need to invest in the heart rate monitor. As a package that’s going to make things more expensive.

It’s a bit disappointing Polar hasn’t explored the concept of building this functionality into the band like the Mio Alpha and the Adidas miCoach Smart Run smart watches have done, especially with its expertise in this field. But for a first attempt there’s plenty of potential in the Polar Loop’s hardware and the software to suggest that the Finnish company is not too late to the fitness tracker party.