Isle of Armor is an enjoyable expansion to Pokemon Sword and Shield and brings the franchise one step closer to embracing a cohesive open-world, but it isn’t enough to detract from an experience that is far too brief for its own good.

Pokemon Sword and Shield arguably wasn’t the fully-fledged console experience fans had been waiting for, but it was certainly a solid foundation for Game Freak to build upon moving forward. Primarily a portable endeavour for decades, many of the series’ conventions felt rooted to its handheld origins, some it simply failed to shake on Nintendo Switch.

That being said, the charmingly addictive core of Pokemon still remained. Combine this with the expansive world and a greater focus on player customisation and you are left with one of the brightest sparks Pokemon has ever seen, but its faults are still hard to overlook. Environments looked bland, mechanics felt very similar to much older games and new gimmicks weren’t enough to weather the storm.

Isle of Armor is a brief yet ambitious step forward, taking everything that was established by Sword and Shield and striving to deliver something more cohesive. Its focus on open-world exploration and finding collectibles is frequently satisfying, while it also delivers a fun little narrative away from the main scenario.

I’m still a bit confused about why nobody recognised me as the Champion of Galar, though. Guessing nobody on this weird island has an internet connection. 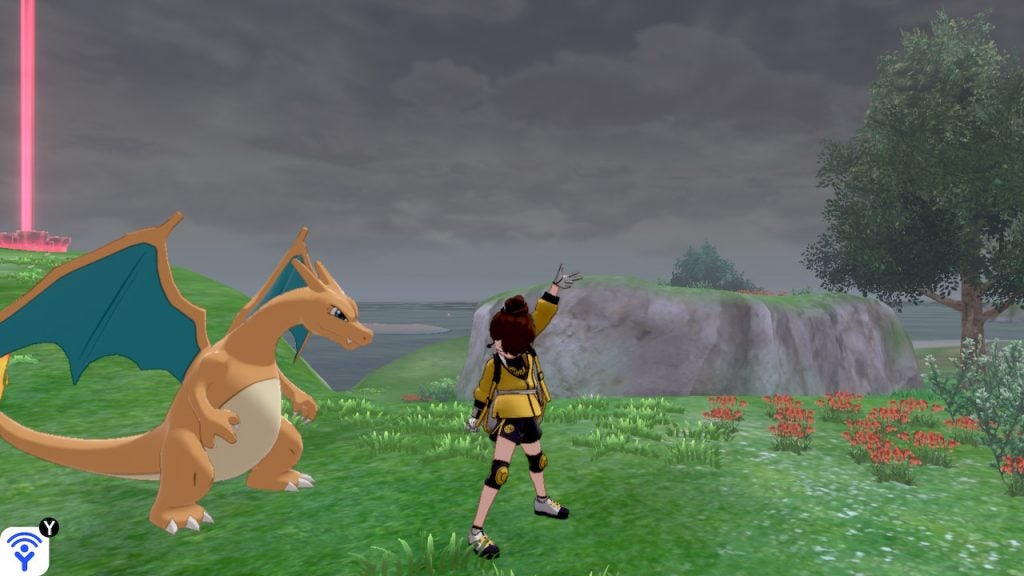 Coming as part of the expansion pass, Isle of Armor isn’t a huge affair, acting instead as a small escapade you’ll want to embark on after the main campaign. Accessed from your hometown’s station, you’ll stumble upon a new character (Klara or Avery, depending on the version you own) who will act as your rival throughout the events to come. They’re both fun new personalities with excellent designs, although they don’t match the visual brilliance of Bea, Marnie or Leon.

Armor gives a stunning first impression as you arrive. The island is surrounded by gorgeous sandy beaches, rolling hills and dark, dank caves all simply begging to be explored. From the moment you set foot on the island, you’re free to roam around at your leisure, but the story isn’t too far behind.

The main thrust behind Isle of Amor sits within a Dojo managed by an elderly legend known as Mustard.He’s a jovial old fellow with dozens of students begging for his training, so obviously you’re tagged as the golden child within mere moments. After introducing yourself and donning a snazzy yellow uniform, you’re tasked with embarking on three trials across the island. These range from catching rampaging Slowpoke, collecting mysterious mushrooms and training an adorable new Pokemon known as Kubfu. It’s legendary, so you’ll want to stick with it throughout Isle of Armor. 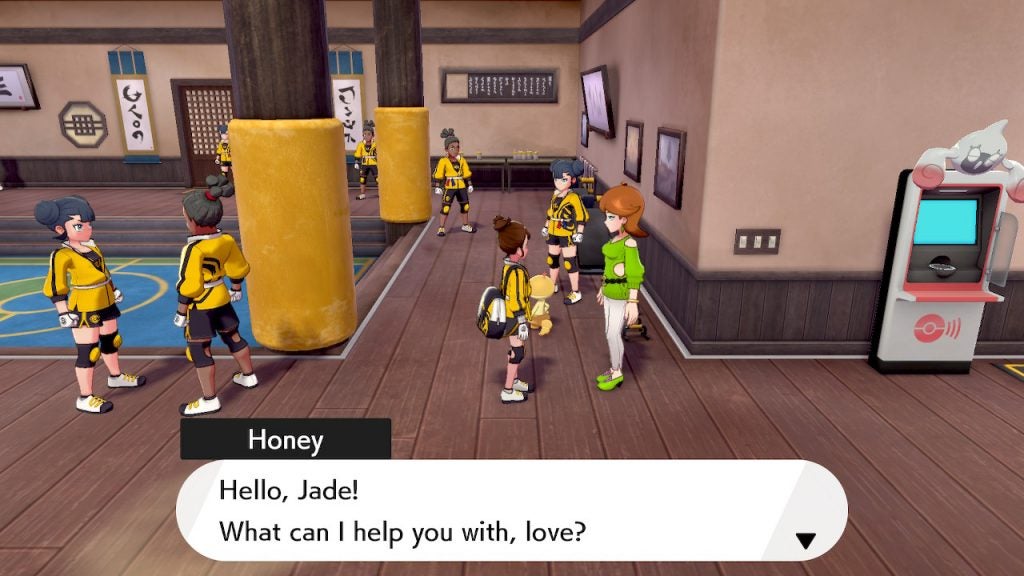 From here, the expansion grows into a more grandiose affair, but it still feels a little too short, finishing before the characters and location truly come into their own. The that the entire island is one large Wild Area with only a handful of buildings scattered throughout is a daring idea, but not one which always bears fruit. Exploring is a delight, especially when catching new creatures and finding collectibles such as Dittos, which can be exchanged in return for new Pokemon.

But this isn’t really enough to hold your interest, with Isle of Armor’s collectibles being scattered about with such reckless abandon that finding them all is more of an exercise in tedium than anything else. It’s simply not very fun in the later hours, and being ambushed by random Pokemon only feels like a further obstacle to completion. Wild Areas remain impressive, and those who enjoy Raid Battles will find them far more engaging, but compared to the likes of Xenoblade Chronicles or Breath of the Wild this feels almost infantile.

Those who despised Sword and Shield for its abandonment of the national dex will be happy to learn that Isle of Armor introduces dozens of familiar creatures back into the fold, all of which you can catch throughout the expansion. Everyone is capped at level 60, meaning doing so will either be a casual breeze or an unusual frustration as you accidentally instakill most Pokemon into oblivion. 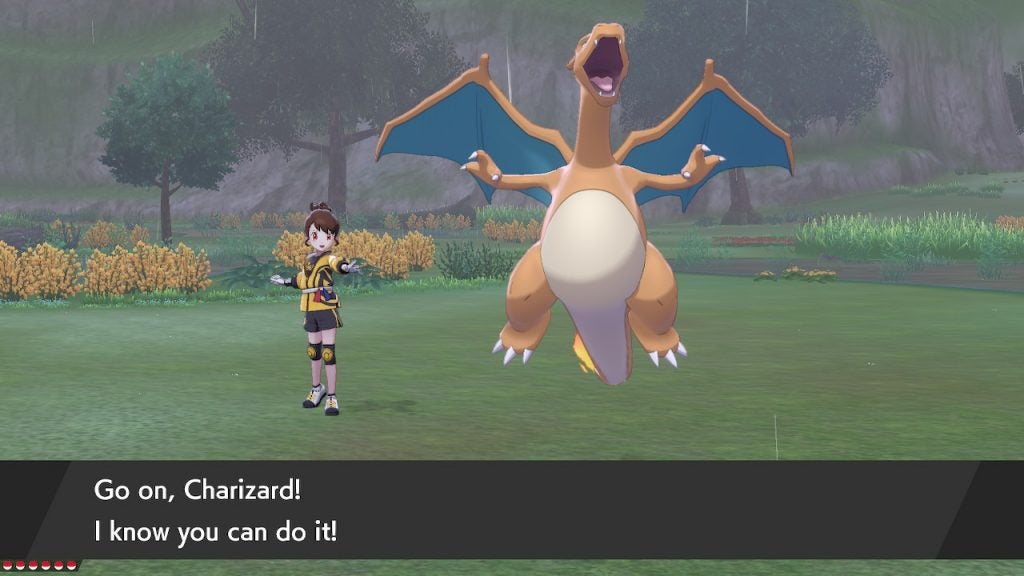 Level scaling in Isle of Armor is busted. If you haven’t beaten the base game, everyone is level 10. If you have, everything tops out at level 60. It’s a bizarre disparity and one that zaps things of any real challenge. This is Isle of Armor’s biggest flaw. It feels fundamentally dissociated with the base game, so once you’re done with it, you’ll return to Galar like nothing ever happened. It’s jarring, and leaves a dissatisfied taste in your mouth when all is said and done.

The price is also worth taking into account. You can purchase the expansion pass for £26.99 which includes both pieces of downloadable content, the second of which will arrive later this year. That’s a hefty price tag considering Isle of Armor is only a few hours long, although hardcore players will easily mine double that with enough dedication. At the moment, this is a bitter pill to swallow for a relatively small amount of content.

Isle of Armor is an enjoyable expansion to Pokemon Sword and Shield and brings the franchise one step closer to embracing a cohesive open-world, but it isn’t enough to detract from an experience that is far too brief for its own good.

Completionists will adore collecting everything it has to offer, but the narrative and characters don’t contribute enough to the universe to feel worthwhile. That being said, this is a solid foundation for Game Freak to build upon going forward, and that’s exactly what we needed.