Available on Nintendo DS (compatible with 3DS and 3DS XL)
The words ‘Pokémon’ and ‘Surprising’ don’t often end up in the same sentence. The game series and the whole kid’s sub-culture that surrounds it have prospered for nearly sixteen years through a process of slow evolution, the mixture of ‘gotta catch ‘em all’ collecting and monster-battling barely changing along the way. What’s more, Pokémon’s spin off games have been almost universally mediocre, if not outright appalling. While less-discerning youngsters might have enjoyed the likes of Pokémon Battle Revolution or Pokémon Mystery Dungeon, the magic has always been strongest in the classic Yellow/Red/Black/Platinum/Emerald/Diamond series. 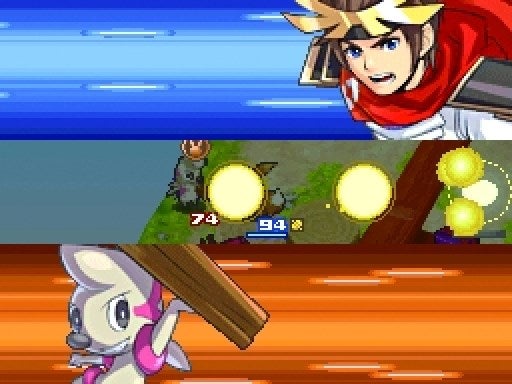 Yet Pokémon Conquest is surprising. Firstly, it’s not what you expect from a Pokémon game. Secondly, it’s a Pokémon spin-off that, amazingly, fails to suck. Not only is it a slightly bizarre Pokémon spin on the historical strategy genre, but it’s a Pokémon game whose appeal might extend beyond the classic eight-to-twelve age range.

A History Lesson
The plot and the gameplay are based loosely on the historical story of Oda Nobunaga, who attempted to unify Japan under a Shogunate in the late 16th Century, and on the hordes of video games, anime films and movies that Nobunaga’s zeal for conquest have inspired (some of you may remember his demonic turn in the PS2 classic, Onimusha). Of course, Pokémon Conquest moves the setting to a fictional Ransei region and fictionalises the historical figures as Pokémon-controlling warlords, but this is effectively a game of strategy and conquest, albeit one aimed at a younger audience. 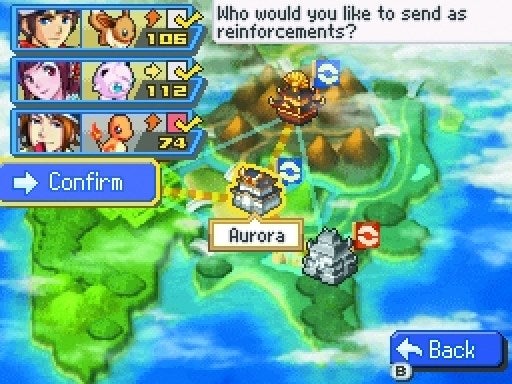 The action is completely turn-based. Each turn you muster your available commanders and send them off to the different kingdoms on the map. In kingdoms under your control you can fight skirmishes against wild Pokémon or rogue commanders, mine for gold or buy supplies. Enter a kingdom not under your control and you initiate a battle against its rulers. Once all your commanders have been moved or utilised the turn ends, and the generals of any remaining kingdoms take their turn.

Armies of Pokémon
But what about the battles? Well, instead of armies, your allied and enemy commanders field Pokémon. The action is again turn-based, and you can move your Pokémon to a position, simply wait there, or attack enemy Pokémon in range. Every Pokémon has its own method of attack, and each is stronger or weaker against specific types of enemy Pokémon. For instance, your fire Pokémon will knock the stuffing out of hostile grass Pokémon, but will struggle against any water Pokémon on their side. 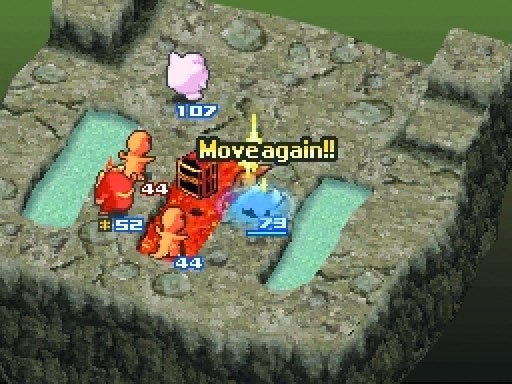 Each battle has a simple objective, whether capturing a number of banners or just defeating all enemy Pokémon on the field, and achieving this goal will bring you victory, plus experience for your commanders and Pokémon and potentially a new kingdom or new commanders to recruit.

Of course, there’s more to it than that. The battlefields pose their own challenges, with areas of fire or water that are traversable by some Pokémon, but not others. There are traps and shortcuts to discover. Each commander has his or her own ability or abilities, which can be used once per battle to heal or give offensive and defensive perks to Pokémon on the team. What’s more, each commander has a special link to a certain Pokémon, and by combining the two and nurturing that link you can build a fighting force to be reckoned with, transforming warriors and Pokémon into new and more potent forms. 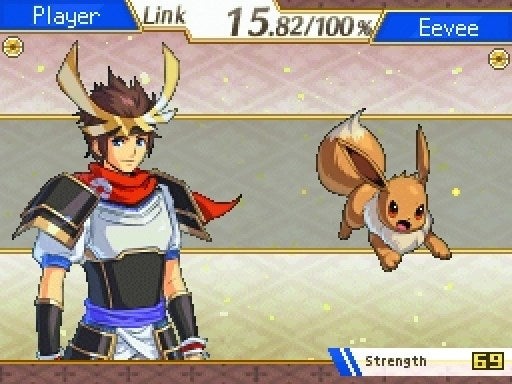 In fact, scratch the game’s cartoon surface and there’s an enormous amount of depth here. In the first part of the game you can afford to simply build a big army and trample your neighbours, but as time goes on you’ll find yourself having to post commanders to defend key kingdoms, use some to mine for gold or grab provisions, and generally manage a growing army of heroes and Pokémon. Each kingdom can only support so many, and invading armies are limited in size, so you have to think carefully about balancing your Pokémon types to repel aggressors, and about what kind of Pokémon force will triumph against a kingdom of, say, fighting-class or rock-class Pokémon.

An Epic Challenge
What’s more, the game is vast. We’re still working through the initial campaign, and there are over 30 challenge scenarios to be unlocked once that is over. Add multiplayer options and this is the sort of the game that might keep clever kids enthralled all summer long. 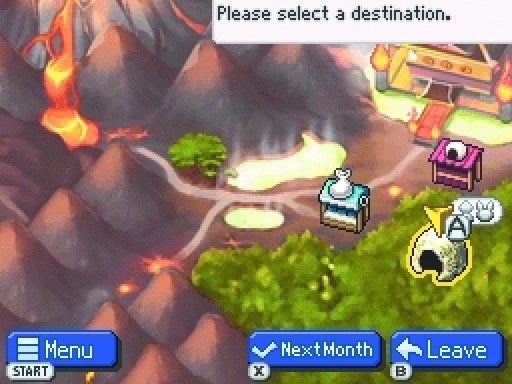 The danger with a game like this is that it fits between too stools, too complex for the typical Pokémon audience, but too simple (and too Pokémon) for fans of strategy to bother with. However, Pokémon Conflict does a pretty good job of avoiding this trap. While the gameplay is more sophisticated than classic Pokémon, the concepts and mechanics are drip-fed through in the early stages of the campaign, and the controls and user-interface are clean and intuitive. The cartoon graphics, the cut-scenes and the whole presentation just ooze fun, and it’s hard to imagine a better ‘My First Wargame’.

And while Pokémon Conquest is no Total War, it’s still got more to it than most handheld strategy games. If it’s not quite up there with the best Advance Wars games in terms of tactics, there’s still an awful lot to do. 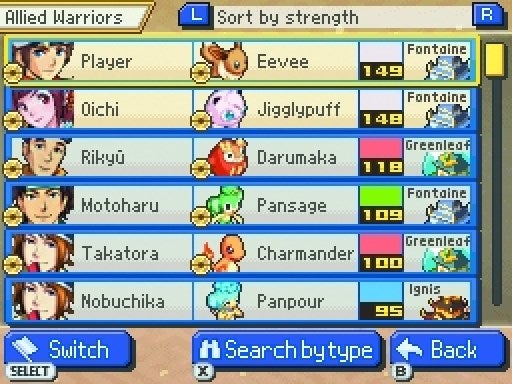 We have some quibbles, like the way commander portraits are recycled or the occasional sudden difficulty spike, but these are relatively minor. In the end, if you have no children and an allergy to all things Pokémon, then Pokémon Conquest simply won’t appeal. If, however, you want to keep a young Poké-fan busy during quiet parts of the holidays, or you simply fancy a fine handheld strategy game yourself, then Pokémon Conquest might be just what you’re after.

Verdict
Pokémon Conquest is a surprise strategy hit, with tens of hours of addictive collect-and-conquer gameplay and more depth than you might give it credit. It’s the perfect starter strategy game for any offspring, but also a good buy for older DS gamers who enjoy the art of war.