Back when optical drives were more than a commodity item Plextor had a reputation for outstanding quality. It was a well deserved reputation, too, but its unimaginatively named External Media Player is probably best forgotten. Available in a few different capacities, the specific model in our labs going by the model name PX-MPE1000UHD, offers a very generous one terabyte (that’s 1,000GB) of storage for all your media needs. Beyond this and the inclusion an HDMI output (hardly a great achievement), however, there’s very little to recommend it.


Before we even opened the box the pictures of the remote and connectivity panel call up an unfortunate sense of déjà vu. This was only heightened upon unpacking the Plextor since, aside from a slightly altered enclosure, this is physically the exact-same product as Traxdata’s MultiMediaDrive which received a mediocre 6/10 when we reviewed it nearly a year ago. 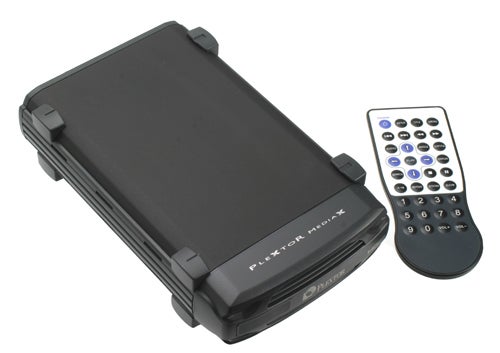 Thankfully, Plextor’s enclosure is a bit more appealing, both visually and practically. Its look has a certain rugged charm, and it offers more flexibility by allowing horizontal or vertical placement. A solid metal and thick plastic enclosure aids heat dissipation as well as ensuring decent build quality, but unlike the Traxdata the metal part sports a textured finish that feels a bit like smooth-grade sandpaper.


On the front there are two LEDs: a blue one indicating power and drive activity, and an orange one to indicate remote reception. Again, save for a power button there are no controls on the unit itself, which might have been useful for occasional walk-up use or for those moments when you can’t find the remote. 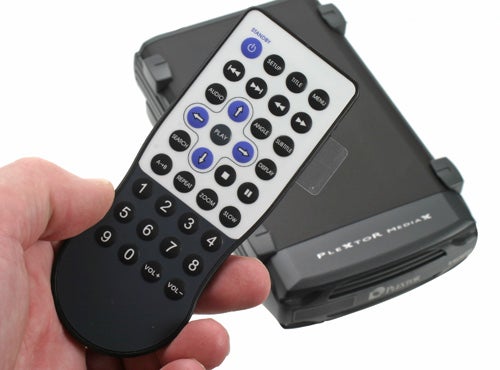 Unfortunately, the remote is exactly the same as before, a broad but wafer-thin unit. With the Traxdata MultiMediaDrive at least this slimness had a use, because you could store the remote in its base, but Plextor’s implementation has no such redeeming feature.


All the remote’s buttons are the same size, making it difficult to use in the dark, and their incredibly low profile combines with picky feedback recognition to make them uncomfortable to use. Its volume controls are also the opposite of what you’d logically expect, with volume-up to the left of volume-down.


Getting onto connectivity things improve a bit. There’s USB 2.0 to hook the External Media Player up to your PC, a coaxial output for fully digital audio and video outputs including (in order of increasing quality) composite, SCART, component and HDMI.

Regrettably both composite and component plugs are single 3.5mm jacks, not only meaning signal quality may be inferior (in the case of component), but also that you’ll need custom cables and can’t use high-quality ones you might already have lying around. So yes, Plextor’s External Media Player technically supports component, but don’t think you can use the high-quality set you paid £60 for.


At least one of each (composite and component) is included in the box, together with USB and power cables and the external power brick. Unfortunately, just like Traxdata, Plextor hasn’t seen fit to include an HDMI cable, which would at least have gone some way to explaining the higher price.

Like a lot of these kinds of the devices the 1TB drive comes preformatted in the NTFS file format, making it unsuitable for use with Macs unless you reformat or install specialized software. After formatting the capacity is 931GB, which should be more than enough for most users.


Had Plextor been smart it might have tweaked the interface and rectified some of the failings of Traxdata’s incarnation, but it hasn’t. So while the OS does boot in under 15 seconds, it’s as plain and ugly as before, looking like a Windows 95 interface running in 256 colours. 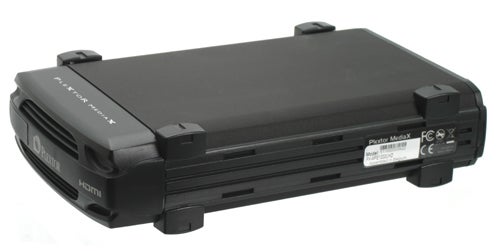 Menus and structure are also exactly the same, so you’re still faced with annoyances like output resolution for HDMI being found under ‘component out’. Navigation is also made awkward by the unintuitive remote and apparent lack of a back button, meaning you have to manually scroll to an ‘up-directory’ icon to go out of a list.


Format support hasn’t seen an upgrade either, which is a shame considering it was the single weakest point of the Traxdata. Audio support is adequate, comprising MP3, WAV, WMA and OGG, but video compatibility is limited to standard definition DivX, Xvid and MPEG-2. Despite claiming HD output up to 1,080i, the Plextor External Media Player refuses to play even 720p DivX content. 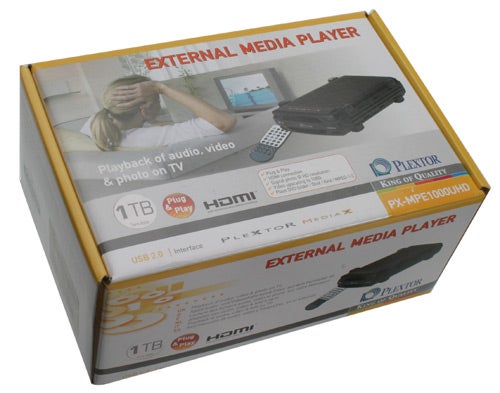 So, how can it claim HD support? Well, that’s because it “upscales” any content up to 720p or 1080i. However, like most things about the Plextor this upscaling is not very impressive. In fact scaling is a far more accurate description, resulting in a soft, unenhanced image with all its artefacts intact and enlarged for your viewing displeasure.


Finally we get to pricing and this is where the Plextor External Media Player falls down most. Things have moved on since we reviewed the Traxdata MultiMediaDrive: with branded 1TB hard drives now readily available for around £70 (and external ones a mere £80), this means you’re paying £110 for the below-par media enclosure. 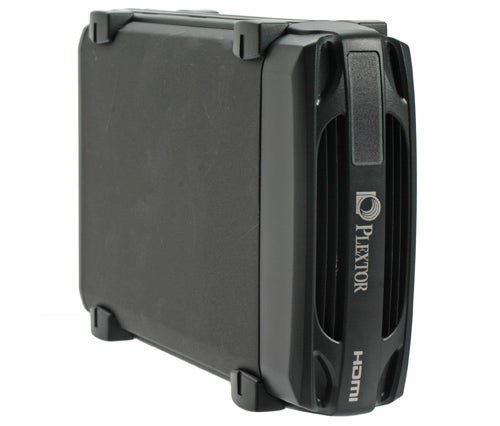 Not only are there many alternative multimedia enclosures that offer better looks, better remotes, localized controls and even screens in addition to wider format support for less than half this amount, but there’s always the excellent Western Digital WD TV HD Media Player to consider. This little marvel is currently available for around £80 and plays more video and audio formats than anything else out there, making the addition of an external drive the only extra expense.


Overpriced, awkward to control, limited in audio and video support and with an interface that belongs in the previous century, there really is no reason for anyone to buy the Plextor PX-MPE1000UHD External Media Player when there are alternatives out there that are cheaper and far more polished.