When you put ‘Legend’ in the name of your product, you need to be pretty confident that it’s going to live up to its billing. To be fair, Plantronics has a pretty good track record when it comes to producing quality headsets and its previous high-end models, such as the Voyager Pro, have impressed when we’ve reviewed them. The Plantronics Voyager Legend UC B235-M adds in some extras, including improved noise reduction circulatory and longer batter life.

The Plantronics Voyager Legend UC B235-M isn’t really aimed at the mainstream headset market. Instead it’s primarily targeted at those who need a headset that they can comfortably wear for longer periods of time during the working day. As a result it’s not exactly a thing of beauty to look at, although we can let that pass if it turns out to be ultra comfortable to wear. 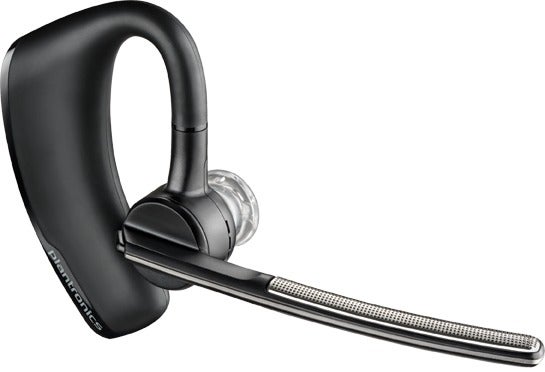 This model is much larger than your average headset and looks quite different too. It’s more of a cross between a normal mobile Bluetooth headset and the type of wireless headset that call-centre workers use. It has a long, curved boom that houses the mic and connects back to the earpiece, which is in turn is attached to a thick earpiece that houses the battery.

The Plantronics Voyager Legend UC ear hook and boom both swivel through 180 degrees to allow the headset to be worn on either ear. Despite its size, the whole thing weights just 18g, so it doesn’t actually feel all that heavy when its sitting on your ear.

It comes with three different sized ear gels, so no matter whether you’ve got petite or jumbo-sized lug holes, you should be able to get a reasonably comfortable fit. Changing an ear gel is very straightforward – you just push in on it, rotate it anticlockwise and it pops off. 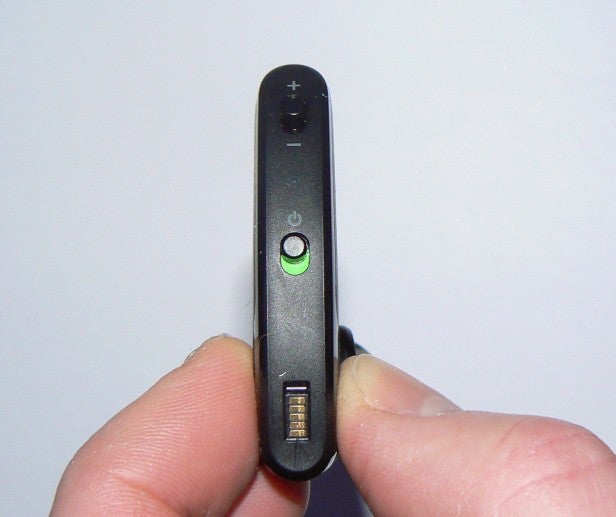 There are just four buttons provided for controlling the headset. On the rear of the boom you’ll find the call handling button, and further along on the bottom of the boom there’s a multifunction button for activating the voice controls, muting the mike, or starting and pausing streaming audio from your phone. The other two controls are mounted on the rear of the ear hook. At the top there’s a slider switch for turning the volume up and down, and below this there’s another switch for turning it on and off. 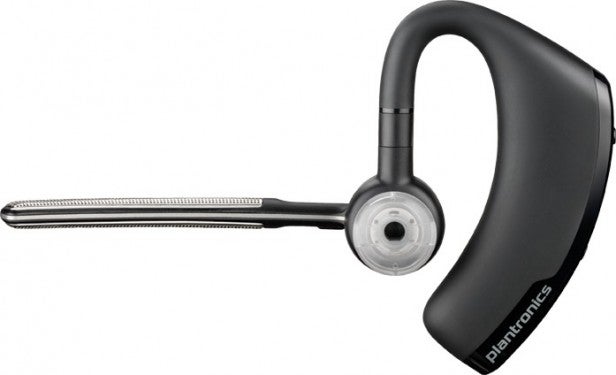 What we don’t like, however, is that Plantronics has done away with the standard microUSB charging port found on the Voyager Pro. replacing it with a proprietary magnetic port instead. The Plantronics Voyager Legend UC comes with both a simple charging lead and a desktop charging dock that work with this port.

Although the magnetic charging port is undoubtedly clever, as the headset almost magically snaps into it when you bring it near the charging peripherals, it’s also annoying. Mainly, when you’re out and about or away on business, it’s one more adaptor you’ll need to remember to take with you – and which they’re unlikely to have a spare of at the other end of your journey if you forget.

Next
Setup and Performance Review