What is the Plantronics RIG 4VR?

The PlayStation VR excels at many things, but unlike the Oculus Rift it doesn’t have built-in headphones. You do get little earbuds in the box, but they aren’t amazing. You can bring your own headphones to the party, but the PSVR’s chunky headband will rule out many models.

The neat solution would be a headset built specifically with the PSVR in mind, and that’s where the Plantronics RIG 4VR comes in. It’s a Sony-licensed headset, which is about as close as you’ll get to an ‘official’ PSVR headset right now. It’s also pretty good. 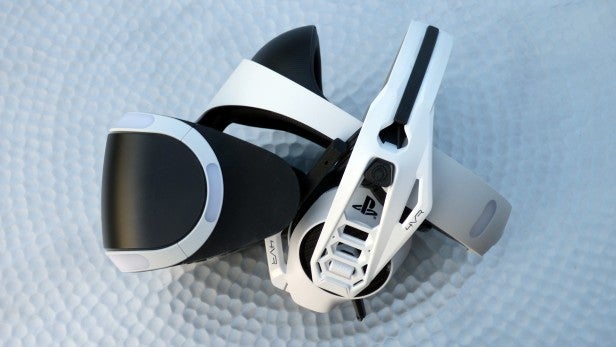 The biggest challenge in designing anything for the PlayStation VR is getting it to fit around that massive headband. To that end, the RIG 4VR headset fits… around the massive headband. It combines an even wider headband with chunky earcups, so that it straddles the entirety of your PSVR.

For such a big thing, it doesn’t feel very hefty. It’s very light, which is good considering the PSVR itself weighs 610g. There’s a lot of plastic, but it’s of the sturdy variety, with a very flexible headband that I can’t imagine will snap without a degree of sadism.

As it was with the Plantronics RIG 500E headset, the RIG 4VR has a modular design. You can detach the earcups and elastic headstrap from the outer frame. I didn’t find much use for this besides moving the earcups up or down a slot to adjust for size. 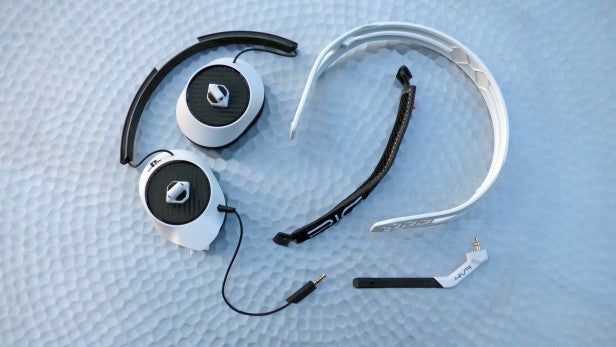 It’s a soft, comfortable fit, too. The earcups are oval-shaped, and small enough that big ears may find them a little snug.They’re open-backed, which means there’s not much noise isolation, but that can be handy when you’re immersed in VR and someone needs your attention. This also helps them stay cool. The sound leakage might annoy other people around you, though.

The left earcup is where the action is, as it features both the cable and the microphone. You can fold the microphone to mute it, or detach it entirely.

The cable has the standard 3.5mm headphone jack. A nice touch is the way the cable can be split at about shoulder level, which lets you plug into the PSVR without another length of wire hanging at your neck. Don’t worry, you do get a longer cable for non-PSVR use. 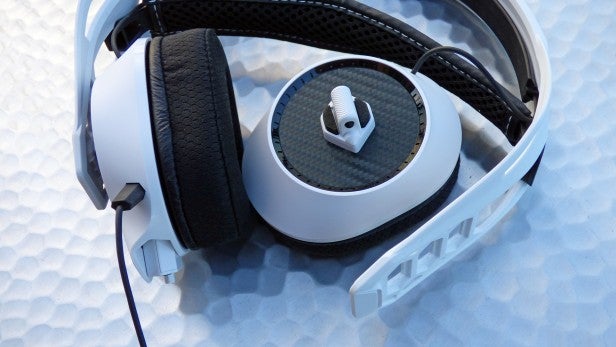 The RIG 4VR sounds very good for a budget headset. Sure, similarly priced headphones are better at handling music, but this headset sounds a lot better than many at this price.

It’s a balanced sound, with clean mids and a clear treble that doesn’t harden up. The bass could be more defined, but it’s not what I’d call muddy.

Most importantly for a headset, it serves up a clean sound with no crackling or pops. Voices come through loud and clear. The soundstage is pretty good, too – wide, with good effects panning. With or without voices coming through, you get a good grasp of what’s going on – you’ll hear that sneaky sod coming up behind you for a good melee.

The mic is also pretty decent. I was a little concerned that it sits too far out, but I’m told that from the other end I sounded clear and not scratchy, if slightly lacking in weight. 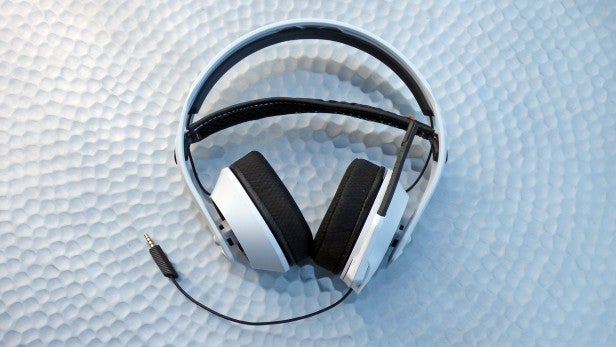 Should I buy the Plantronics RIG 4VR?

Are you a PSVR owner? Are you after a decent headset that fits? If so, go ahead. The Plantronics RIG 4VR was clearly designed for the PSVR, and they go very nicely with each other.

Sure, you can get headphones that offer greater detail and dynamism, but if you want the two-way audio of a headset, and one that looks like it was made for your fancy new VR kit, this does the job nicely.

An excellent headset for PSVR.