Motion capture technology has been a part of creating games for years, but only recently has it reached a point where humans, animals and more can be re-created with stunning realism. Naughty Dog’s Uncharted and Quantic Dreams’ Detroit: Become Human present this tech at its current peak, and now it’s expanding even further with Planet of the Apes: The Last Frontier. A narrative adventure set in the film trilogy’s universe, this is a twist on the adventure genre we haven’t really seen before.

Taking place between Dawn of the Planet of the Apes and War for the Planet of the Apes, Last Frontier follows an entirely new cast of characters unique to the game – although they maintain relationships with iconic personalities inside the movie franchise, including Dawn’s villainous Koba. The film’s events inform Last Frontier instead of directly influencing it, making for a standalone, heartfelt story I grew to care for during my brief hands-on demo.

Developed by FoxNext Games in partnership with Peter Serkis’ Imaginarium Studios, a faithful adaptation is clearly at the centre of Last Frontier. Primates mimic the same sign language found in the films, speaking in little more than nonsensical grunts as they plan to invade a nearby farming compound. This is where my hands-on session began, sitting alongside studio head Martin Alltimes as we made decisions together to influence the outcome of the narrative.

Playing as the leader of a group of dysfunctional, outcast apes, I’m entrusted with the well-being and survival of us all. The farm up ahead is occupied by humans and cattle, meaning conflict is unavoidable if we charge right in. However, one member of our group is agitated, scared of what consequences his actions might have. His outburst could put us all at risk, and I must choose to scold or comfort him. I chose the latter, believing further hostility would only make matters worse. 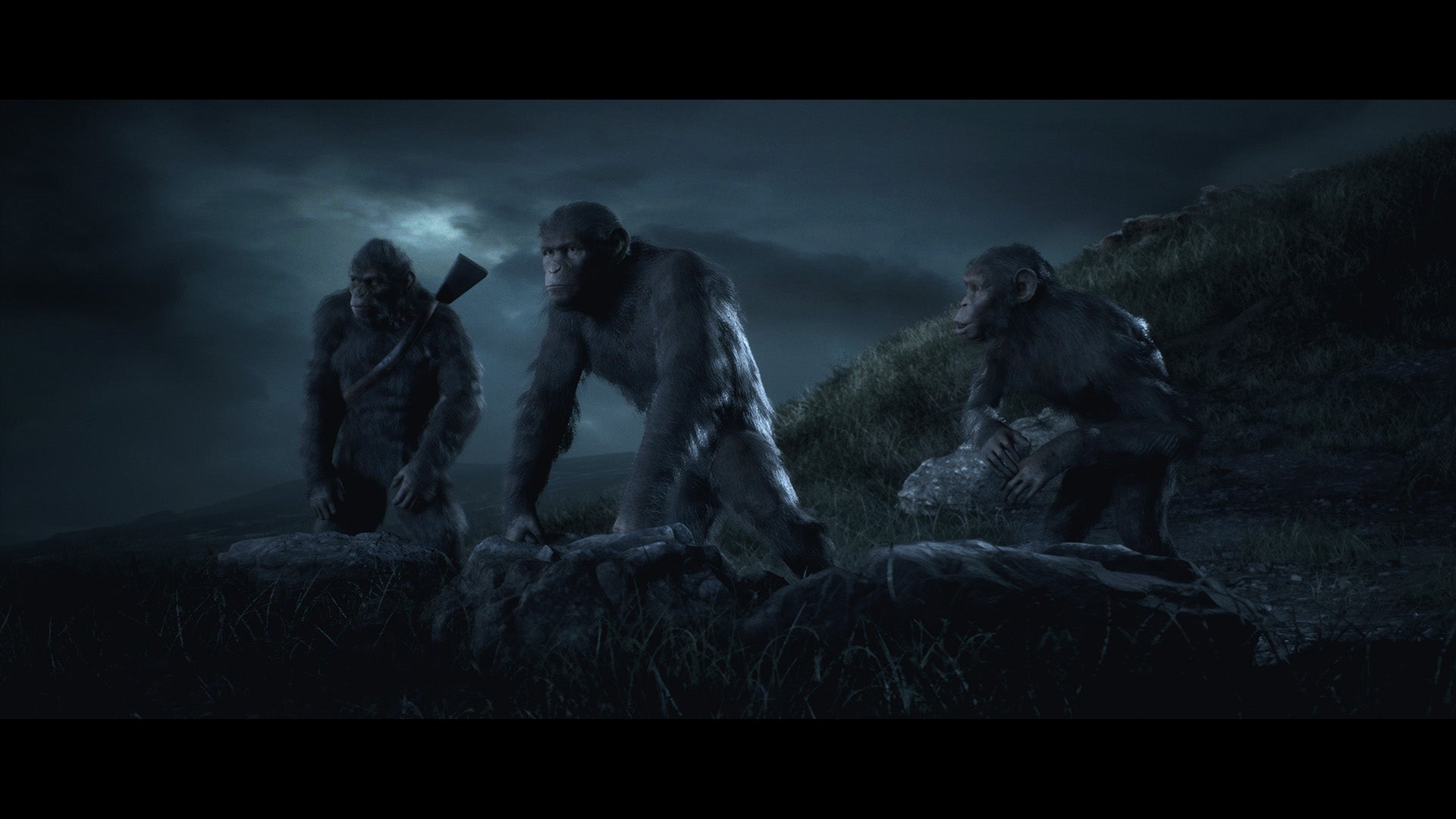 In a nutshell, Last Frontier plays much like a Telltale game, albeit with a few additional tweaks and a greater focus on split-second decision making. Except, you’ll be making these choices with friends and family sitting beside you. Playable with controllers or smartphones via PS4 Play Link, up to four people can make decisions that will influence the dialogue and physical actions of specific characters.

While I only had the opportunity to make a few decisions during my playthrough, they all felt significant and difficult to address. This was complemented by the developer making opposing choices to mine, sparking a couch co-op style conversation over the ideal course of action. Once again referencing Telltale, many major decisions will come from your own moral compass, and what you truly believe is the right thing to do.

One particularly interesting element is how, depending on who makes what decision, some situations can result in a tense tie-breaker. This means that I didn’t always get my way, my own personal beliefs being overruled in favour of the group’s wider idea of what should take place. I really hope this mechanic is fleshed out further in the full experience, as it could result in some fantastic moments with a palpable feeling of tension both in-game and in real life. 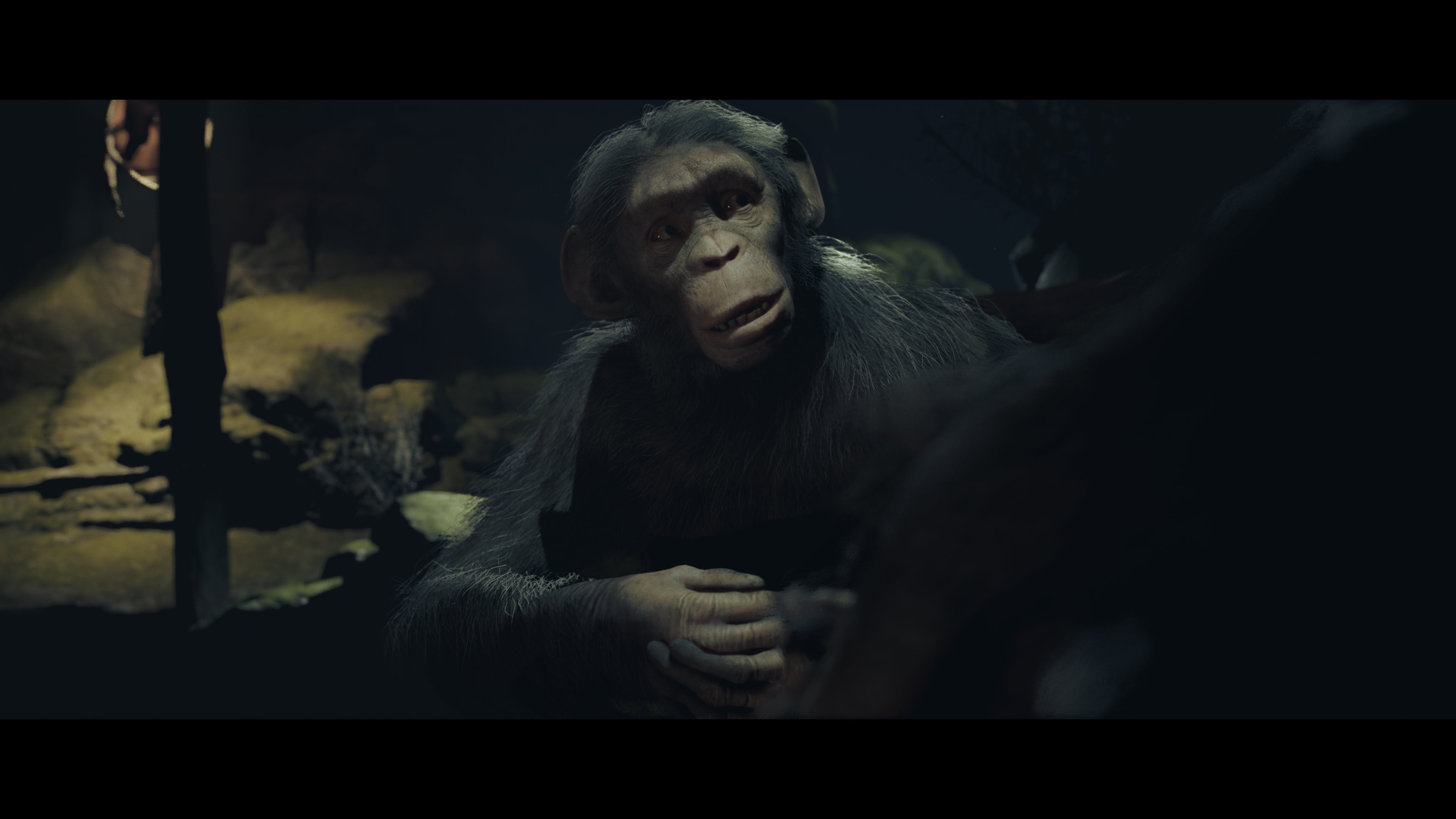 Last Frontier will tell a 2-3 hour story told from the perspective of both apes and humans. Described to me as a ‘post apocalyptic western’ it appears to be aiming for a thematic direction the film trilogy seldom touched upon. Hyper intelligent primates riding horses through the wild west sounds incredibly cool, and it seems Last Frontier delivers on this ludicrous fictional fantasy while also aiming to depict a powerful, compelling human drama.

Once my time with a dysfunctional group of primates drew to a close I was taken into another scene featuring an equally troubled group of humans. In the midst of torturing a captured orangutan in the hopes of gaining enemy intelligence, it’s a grizzly scene that I was told many players found difficult to watch. I was never compelled to look away, but seeing this seemingly innocent animal being battered with a lead pipe wasn’t easy to stomach.

My hope is that witnessing this story of survival from two perspectives will remove the stereotypical roles of heroes and villains. Instead, the heroism of each character will be informed by decisions made by players, crafting the narrative into something unique each time you play. The developer assured me that Last Frontier will have several different endings, with each playthrough hoping to tell a condensed yet emotional narrative worth seeing through more than once. 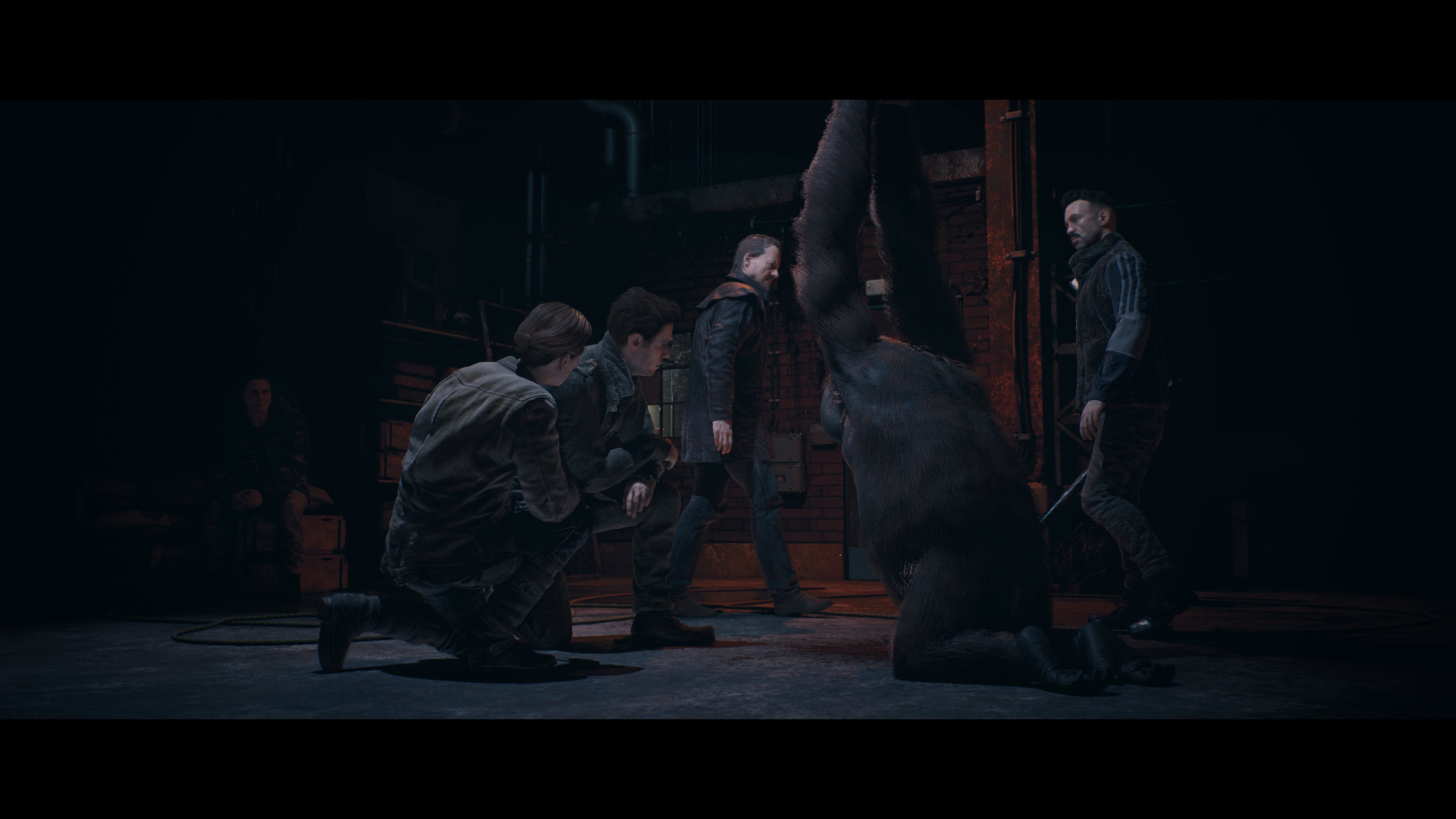 Modern adventure games primarily rely on an episodic format, capable of clever cliffhangers and in-depth character development to tell a story over a dozen hours or so. Last Frontier supposedly doesn’t have this luxury, giving us only a few short hours to play, relate and hopefully come to sympathise with its world. The film trilogy did a brilliant job of this, and I hope Imaginarium has the talent to imitate such an achievement in a smaller virtual environment. From what I’ve seen so far, it might do just that.

Planet of the Apes: The Last Frontier could be a breath of fresh air in the adventure genre. State-of-the-art motion capture technology could help this game to deliver a tale of action and heartbreak dramatic enough to rival the silver screen.