Having made a memorable debut on the UK AV scene with a pair of impressive DLP projectors, US outfit Planar is stepping up its UK invasion with the launch of a range of flat-panel monitors. Though oddly, in terms of their market position these LCD bad boys really couldn’t be more different from Planar’s projectors.


For whereas the PD7010 and PD7060 projectors were targeted very much at the ‘budget’ end of the home cinema market, the new LCD screens set their sights much higher – and sport premium price tags to match. For instance, the 47in Planar PD470 we’re looking at today sells for a cool £2,900. 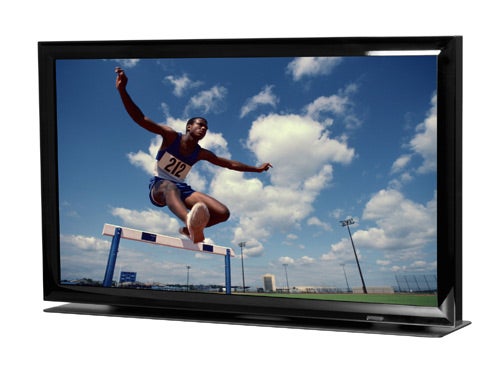 Still, we at TrustedReviews firmly believe that there should be room out there for premium AV products, just as there is for premium hi-fi products. All that we ask is that any product that wants us to pay more for it actually justifies its extra expense with extra features, an amazing design and/or a truly startling performance level. To which end it has to be said that the PD470 doesn’t get off to the best of starts. For contrary to just about every other LCD or plasma TV these days, the PD470 comes with neither speakers included nor, even, a built-in tuner – digital or otherwise. Yikes.


However, there is actually some method to what initially looks like the PD470’s madness, since it’s been created with the custom installation market in mind. In other words, the expectation from Planar is that its screen will be going into a fully fledged home cinema setup complete with separate audio system and picture sources (such as a Sky HD box or HD DVD/Blu-ray player).


Obviously this argument wouldn’t stack up if the PD470 wasn’t well provided with sockets for attaching such external sources, but it just about gets the job done with two HDMIs, a D-Sub PC port, two component video inputs, an S-Video input, and two composite video inputs.


In an ideal world a premium set like this would have boasted a third HDMI , and all three HDMIs would have met the v1.3 standard rather than sticking at v1.2 . But we guess the second component jack compensates a bit for the lack of a third HDMI, plus there are currently no ‘Deep Colour’ source discs around to make use of v1.3’s biggest asset anyway.

One interesting little trick that the PD470 has up its sleeve is its ability to ship out via a digital audio output sound signals received from any of its inputs. This means, in effect, that it can function as an AV switching box in conjunction with an AV receiver.


Making up the PD470’s screen, meanwhile, is a pixel count of 1,920 x 1,080, giving it the full HD credentials that any screen costing this much must surely boast. Where the PD470 will hopefully really earn its expensive corn, though, is with its video processing. For so far as we know, the PD470 is the first LCD TV in the UK to carry the Genesis Cortez-Plus LCD TV control chip.


This probably doesn’t mean much to you just written out cold like that, but to give you some idea of its import we can tell you that this system is designed to deliver on a single chip the sort of video quality only previously found on mega-bucks, multi-chipset full home theatre systems from award-winning video guru, Faroudja. 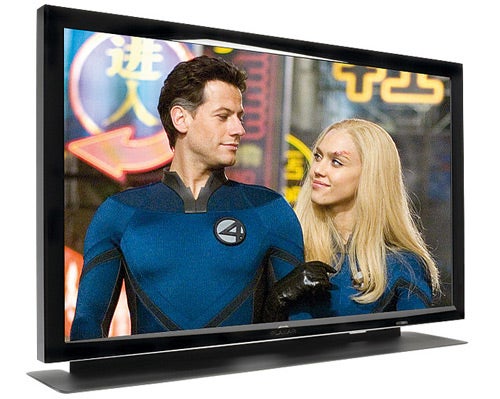 Among the many elements that make up the full Cortez-Plus system are: adaptive comb filtering to minimise artefacts caused when converting standard definition sources to full HD definition; Faroudja’s TrueLife system for improving detailing and depth perception; and a 10-bit version of Faroudja’s DCDi Cinema Video format converter, designed to eliminate jaggedness from contoured edges.


One other cool little feature worth mentioning before finding out if all this Genesis Cortez-Plus stuff really makes a difference is the PD470’s picture in picture system. For unusually it’s able to support two HD sources simultaneously.


Rather scarily, first impressions of the PD470’s picture quality aren’t great. The colour tones and black levels just don’t seem quite right, and certainly don’t stand out from the cheaper crowd like they should.


A little time spent with our DVD Essentials TV calibration signal disc, though, and things couldn’t be more different (don’t forget that your PD470 should be professionally calibrated by an installer). Suddenly the PD470’s pictures burst into life, to the extent that they become quite possibly the single most impressive images we’ve yet seen on an LCD TV.


This is a bold claim to make, but we promise you we haven’t been drinking too much mulled wine at the office party. The PD470’s pictures really are very special. The main reason for this is the screen’s unprecedented delicacy and subtlety when it comes to fine detail reproduction and, especially, colour blends and tones.

Take, for instance, the climactic showdown with Voldemort at the end of Harry Potter And The Order of the Phoenix on HD DVD. The dark backdrop to this scene often looks rather hollow and flat on LCD TVs, but here it’s given a fantastically cinematic sense of depth by the PD470’s ability to show even the subtlest of shadow details or greyscale shifts, even in the darkest corners.


Similarly, the various robots that populate Star Wars: The Revenge of the Sith all look remarkably three-dimensional thanks to the sense of solidity created by the PD470’s incredibly fine colour blending. Faces, too, look totally believable and solid rather than slightly waxy as they do on many flat TV rivals.


As you might guess from this knack for the smaller things in life, the PD470 is also extremely adept at producing every tiny drop of texture and resolution from a good HD source. If ever you wanted a screen that can break images down to what almost feels like a molecular level at times, this is it. 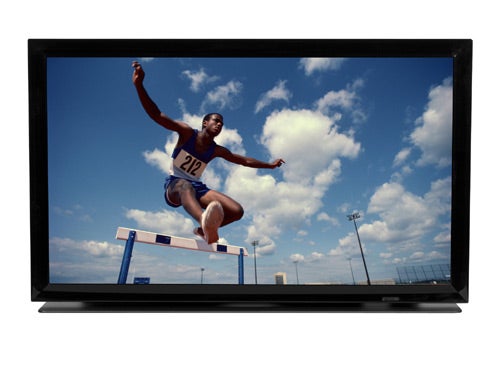 The quality of the Genesis processing can also be felt in the remarkable purity of the PD470’s pictures, as the engine suppresses noise inherent in a source while also doing a terrific job of keeping out any side effects that might be caused by its own processing machinations.


What’s more, this outstanding image cleanliness also extends to standard definition sources, which the PD470 converts into HD for display more successfully than any other full HD LCD TV we can think of.


Yet more good news finds colour tones looking entirely, unusually natural; only the smallest sign of LCD’s usual motion smearing problem; and a black level response which, while not quite up to good plasma standards, thrashes the arse off most LCD models – especially when it comes to the amount of shadow detail portrayed. The 5000:1 contrast ratio Planar claims for the screen ultimately looks very conservative.


The only negative thing we can find to say about the PD470’s picture quality is the point we alluded to earlier: that you need to be very careful indeed with the picture’s set up in order to get the wondrous results we’ve been describing. Get things even slightly wrong, and image quality can go to hell in a handbasket with alarming speed.

We guess we could also moan that the PD470’s onscreen menus are too small to be comfortably read. But as you can see, we’re really starting to struggle here…


Given how far many brands have come with their LCD TVs in the course of 2007, we genuinely had our doubts as we approached the Planar PD470 that there was still room for a self-styled premium TV. But the PD470’s picture quality justifies its high price quite superbly.