No matter how you look at it, the 37in PD370 from US brand Planar is not a normal TV. For starters, it’s not strictly-speaking a TV at all, thanks to its lack of any flavour of tuner; digital or otherwise. It can thus ‘only’ be called an LCD screen or monitor. It then rubs your face in its lack of TVness by shipping as standard with no speakers. Or SCART sockets.


Then there’s the PD370’s build quality. The screen, for instance, is hardened off, avoiding the Southern shandy-drinking softness of most LCD TV screens. Also, unlike the shiny plastic used by the majority of TVs these days, the PD370 is built – it’s tempting to say hewn – out of diamond-brushed aluminium, making it feel like it could go 12 rounds with Mike Tyson and come out without a mark on it. Especially as it doesn’t have any ears to chew on. 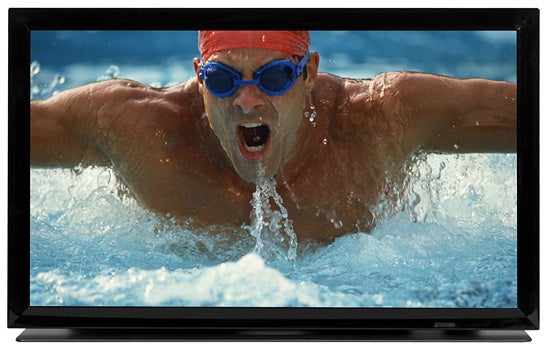 What’s more, no less than five coats of premium-grade black lacquer have been applied onto that aluminium bezel, with a final clear car-grade coating painted on top of that to deliver the screen’s final, indomitable gloss-black finish.


We’re not saying here that the PD370 is especially attractive, mind you. Truth be told, its resolutely straight, flourish-free rectangular shape is rather lacking in imagination. But the sheer hardcoreness of its design gives it a distinctively ‘serious’ appearance that will probably prove more alluring to its uncompromising target audience than any number of curved edges or dramatic angles.


Even the set’s connections are unusual, since the digital audio output the screen carries can be switched to ship out the sound coming in from any of the screen’s AV inputs, making the PD370 potentially a very simple but effective AV switch box.


The apparent madness to the PD370 design and specification we’ve uncovered so far does actually have a method, however. For it has been put together by Planar for distribution not through the standard high street multiples, but through custom install channels.


Now that we know this, pretty much all of its initially curious specifications and design elements start to make perfect sense. For instance, you don’t need speakers if the screen is forming just the video part of a wider AV system that will doubtless include a separate audio system. And you don’t need a tuner if you’re almost certainly going to be fed your TV shows through a Sky HD box. Taking the PD370’s custom install potential even further is an RS232C control port so that the TV can be integrated into a fully networked control system.

Although we’ve now explained away the majority of what initially appeared like strange limitations, the PD370 does have a rather surprising one left that’s harder to justify: its provision of just two HDMIs. What’s more, these HDMIs are only built to the now outmoded v1.2 specification, making this premium screen incompatible with the picture-boosting (though admittedly still rare) Deep Color and xvYCC video formats. Boo.


We guess if Planar really wanted to push its custom installation angle hard it could argue that the HDMI shortage is easily addressed in a full AV install by using a separate dedicated HDMI switchbox, or an AV receiver with HDMI switching. But there’s no getting round the v1.2 shortcoming.


In terms of internal specification, as we’d expect of a premium 37in LCD TV, the PD370 is a full HD affair with a native contrast ratio of 1200:1. If you’re thinking that this contrast ratio figure looks a bit impoverished versus the likes of 8000:1 and 10,000:1 quoted by some LCD rivals, remember that I said the Planar’s contrast ratio was actually a native figure, rather than one dependent on a dynamic backlight system to dim the screen’s brightness during dark scenes. 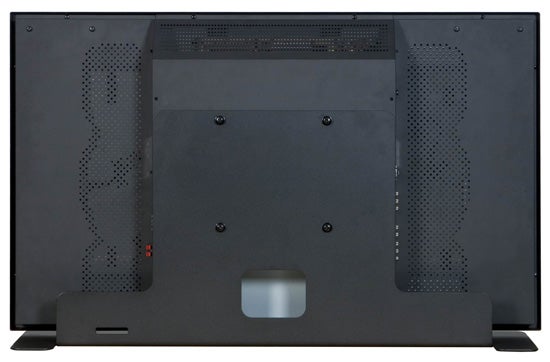 Potentially the most important element of the PD370’s specification, though, is the image processing it employs. For starters, the LCD panel is ‘controlled’ by a premium Genesis Cortez driver chip, with video boosted by an elaborate array of image processing systems from Faroudja. These systems include Directional Correlation De-Interlacing (DCDi) with 10-bit video processing for eliminating jagged edges along diagonal lines; Intellicomb 3D adaptive comb filtering to minimise upscaling artefacts when converting standard definition to the screen’s full HD resolution; and TrueLife processing to improve small detailing, edge definition and colour subtlety.


Within the (stupidly small, as it happens!) onscreen menus you can also find adjustable overscan, and optional MPEG and ‘standard’ noise reduction routines.


But actually, I’d suggest you treat these optional noise reductions with extreme care. Which is really a fancy way of saying that I personally would leave them turned off. For instance, when I first turned the PD370 on, I was dismayed to find the picture all but ruined by some pretty horrendous amounts of smearing and image lag. And so as Will Smith does that classic dumb movie trick of following his dog in to a dark building even though he knows a bunch of mutants are in there during the Blu-ray of ”I Am Legend”, the close ups of his torch-lit face look so blurred you feel like you’re watching them through a layer of treacle.


Realising from previous experiences with Planar LCD screens that things really shouldn’t look like this, I started experimenting with the different picture options available, and found that knocking the MPEG noise reduction system down to zero from its initial ‘50′ level solved the blurring problem almost completely. At which point I could finally start to appreciate all the picture’s really quite outstanding good qualities.

Since it’s so unusual on a full HD screen, the first of these good qualities I’m going to focus on is the PD370’s standard definition performance. All that video processing we mentioned earlier really pays off here, as the screen produces arguably the most natural, polished, sharp and noise-free standard definition picture we’ve ever seen on a full HD 37in screen. Noise inherent to a standard def digital source and the sort of interference and softness often introduced by upscaling processors are both filtered out of the picture to an almost magical degree.


What’s more, this standard def polish is not achieved at the expense of sharpness; indeed, the PD370’s standard definition pictures are as sharp as any we’ve seen. 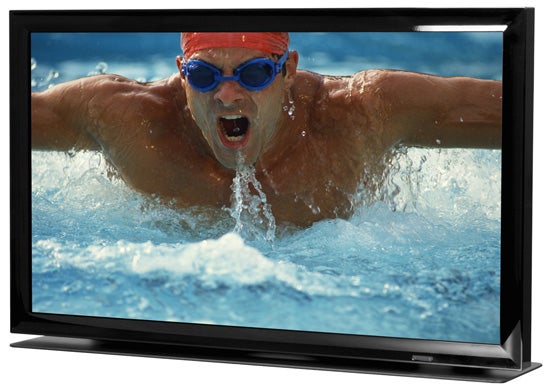 Turning to high definition, the PD370’s processing quality again excels, helping the screen reproduce HD detailing and textures with a delicacy of touch and subtlety that takes your breath away. The result of this is that HD ‘landscapes’, such as the shots of a deserted New York in ”I Am Legend”, look stunningly natural, three-dimensional and expressive.


It’s not just the amount of detail in the HD picture that makes it look so pristine and believable, either. Colours are also reproduced with the sort of blend subtlety and tonal accuracy that we can’t recall seeing anywhere else before (other than on previous Planar LCDs we’ve reviewed).


With the MPEG noise reduction system deactivated, motion is free to look reasonably crisp considering the screen doesn’t carry 100Hz processing. Black levels get likeably if not quite outstandingly deep during the aforementioned ‘dog chase’ scene too, leaving me with only one proper ‘complaint’: that the PD370’s pictures aren’t quite as bright and vibrant as those of many rival LCDs, including the Panasonic 37LZD800 reviewed a couple of days ago.


However, before you get disheartened by this, I should quickly add that this slight lack of relative vibrancy is potentially more of a strength than a weakness. For if Planar had pursued the same sort of glaring colour palette most rivals strain for, it’s difficult to imagine that it would have produced so much colour and detail subtlety. And since I guess I could be called a ‘video purist’, I’d take extra subtlety and naturalism over glaring gaudiness any time!


The PD370’s custom installation focus means it won’t suit everyone’s needs. But if you’re about to get the experts in to ‘home cinema up’ your house, then provided its size is right for you, you’d be crazy not to discuss making the PD370 an integral element in whatever system you end up with.