All of which makes the SMA3 visually dull, yet with a commendable sense of practicality and this also turns out to be a fine summary of its audio performance. In fact you only need to have a peak through the SMA3’s speaker grill to work out how it will sound. Pioneer has opted for dual 77mm woofers and just a single 26mm tweeter with a bass reflex enclosure, in short: bags of low end with less interest in the higher frequencies. 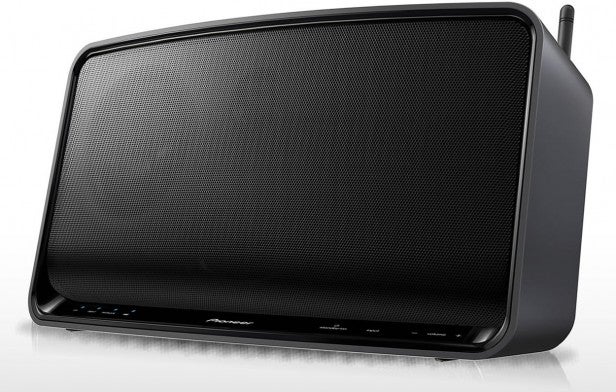 In some ways this is a perfectly acceptable approach. The mass market has a love for thick, warm bass and the SMA3 brings a satisfactory rumble to all but the most acoustic of tracks and works itself into a near frenzy for big beat and dance anthems. At times the bass could be clearer, though for its size the reproduction is admirable. The trouble is the performance of the higher frequencies is less engaging and with a lack of detail over time songs begin to merge into one another as everything is reduced to a bass line.

Of course the SMA3 is also meant to be used outside and in wide open expanses the bass isn’t so prevalent, but neither is the volume. Pioneer has fitted the SMA3 with just two 10W amplifiers and while these generate enough output for some relaxing in the garden they won’t drive the mood of a large party. In fairness, given the SMA3’s size, this isn’t its primary purpose. 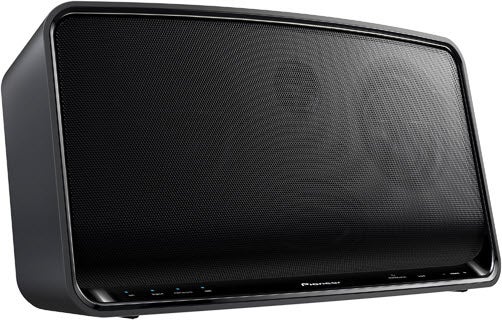 On the flip side the inclusion of an internal battery gives the SMA3 a lovely differential. We found it lasts up to five hours at a medium volume and this can be stretched out further if you are prepared to opt for a wired rather than wireless connection. As such the SMA3 is nicely positioned to replace a feeble portable radio or travel speaker and stops you needing to blast the HiFi system in a hope of being able to hear it outdoors.

As such we find the SMA3 to be a capable and wonderfully flexible system, but the sonic limitations place a great deal of pressure on the price. The official £299 RRP is steep, but we have already found online retailers discounting the SMA3 to £250 and this puts us in something of a quandary. Spend £350 and you get the Arcam rCube, a better designed, better built dock with a battery life of up to eight hours and with dual 25mm tweeters and 100mm woofers plus 90W amplifiers it is sonically far superior. 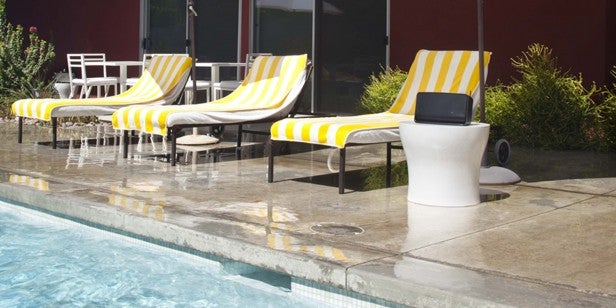 Then again while the extra expense is money well spent at £250 the SMA3 lacks any serious rivals. In addition the rCube is restricted to proprietary wireless lossless audio that requires phone and laptop dongles so if finances and convenience are your primary concerns the SMA3 will prove a good investment.

We have to admit to having high hopes for the Pioneer SMA3 and in a number of ways they weren’t met. Visually the SMA3 is dull, its build materials aren’t overly inspiring, it is bass heavy at the expense of detail and it isn’t particularly loud. Against this though are some crucial factors: it offers the best array of wireless connectivity we have seen, has decent battery life, is light to carry around, splash proof and doesn’t cost the earth. As such while we don’t have the Arcam rCube rival we craved, we have found its cheaper, smaller brother.