For all our misgivings over operation, you simply cannot argue with the SC-2022’s quality when it has a movie soundtrack coursing through its circuits. When Tony Stark misguidedly takes to the Monaco F1 track during Iron Man 2 on Blu-ray, the experience is electrifying – quite literally, once Mickey Rourke starts slicing cars in half with his plasma-powered whips.

The roar of engines is rich and fulsome, with terrific bass depth and the right amount of rasp at the top end. As the cars zip past the camera, the Pioneer’s steering is smooth and fast, while crowd noises fill the expansive soundstage and the pumping score really gets your motor running. Surround effects are skilfully manipulated and accurately placed.

The SC-2022 boasts good levels of power and dynamism, blasting out effects and rumbling bass with enough visceral energy to make it feel like you’re sitting trackside. Sliced-up cars crash to the ground with frightening force, but the Pioneer’s smooth tuning and effective MCACC EQ stops them sounding harsh or resonant, even at loud volumes. That means you can crank it up to neighbour-bothering levels without fear of your eardrums being pierced. 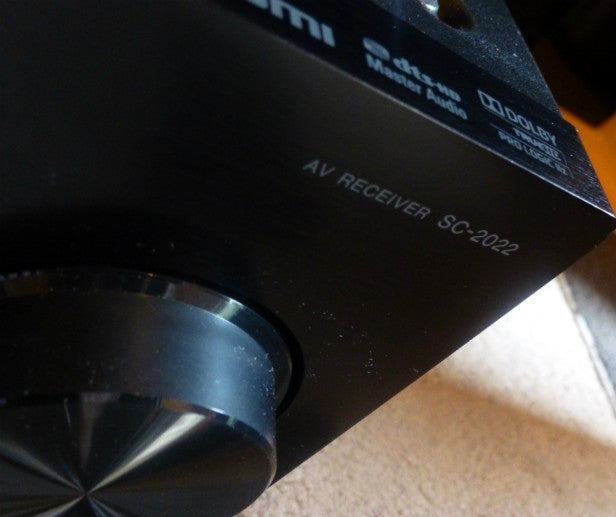 You could argue that this lack of harshness is a result of Pioneer playing it a little safe, going for a smoother, more sophisticated tone over an edgier, brighter one. Rival amps from the likes of Onkyo and Yamaha have more bite in the mids and highs, making action scenes seem even more exciting, whereas the SC-2022 feels like it could go up another gear at times. This isn’t a major criticism, just something to bear in mind if you like your sound more Geoff Capes than Jeff Banks.

But the Pioneer’s smooth, sophisticated nature does make for a detailed listen, packing the soundstage with small nuances and velvety ambience. Even Iron Man 2’s most innocuous talky scenes are absorbing – as Pepper and Tony bicker in the lab, the electronic whirring and bleeping sparkles from every speaker.

It’s also a very musical receiver, shaping songs with elegance and fluidity. Again there’s plenty of detail – particularly with hi-res FLAC files – and the overall balance is spot-on, but it’s the naturalness of the sound that seals the deal. 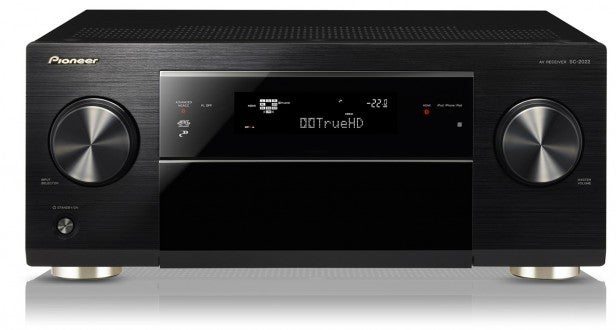 If you can do without the frills found on Pioneer’s step-up and equivalent 2013 models, such as 4K upscaling, extra HDMI ports and MHL support, then the SC-2022 is an absolute bargain. For well under £500 online, you’re getting a much higher-end receiver than you would normally would for this sort of money (it cost around £900 at launch).

It’s a fabulous-looking, well-specced amp that offers silky sound quality, bags of power and a solid feature list. Among its many talents are AirPlay, DLNA file streaming, hi-res audio support, internet radio and an obscene amount of sound modes. It lacks the new-fangled features of 2013’s similarly-priced budget amps, but that’s the downside of buying an older model.

Where the SC-2022 loses most Brownie points is ease of use. The remote is a mess and navigating the onscreen menus is like watching paint dry – if you have a smartphone or tablet, the control app is an absolute must. It’s also a smoother, more restrained listen than some rivals, and doesn’t quite get the adrenalin flowing in the same way. But the SC-2022 is still an assured performer and well worth a punt if you want high-end quality at a budget price.

The Pioneer SC-2022 AV receiver has the spec and sound quality still to stand up against the 2013 competition, making it a real bargain at this knock-down price.

Next, read our round-up of the best tech to buy this month