Today we bring you the third part of our Pioneer home cinema trilogy with the S-81 speaker package, which many of Pioneer’s customers buy together with the BDP-51FD Blu-ray deck and VSX-LX51 AV receiver. We’ve been using these speakers in our reviews of those products, and were so impressed we thought they deserved a review of their own. 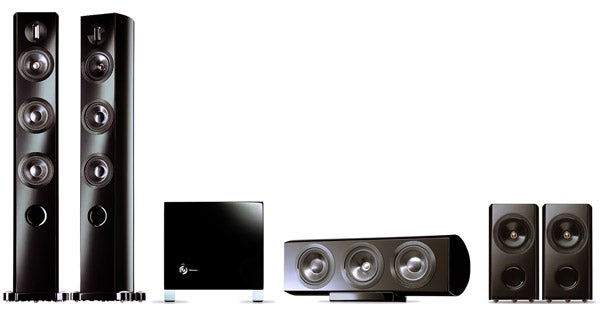 The Series 8 range comprises the S-81 floor-standing fronts, the S-81C centre, the S-81B-LR surrounds and the S-81W-MK subwoofer, and they’re available separately in a black gloss or whitewashed ash finish (plus the surrounds are additionally available in walnut). The ethos behind the range is to ‘bring out the audiophile in you’, and just a glance at the spec sheet tells you they’re going the right way about it – each component is packed with loads of proprietary Pioneer technology that’s designed to deliver sensational sound quality. 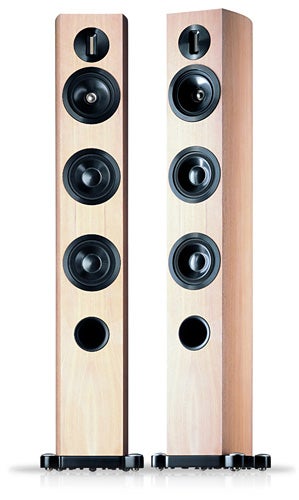 But of course the first thing that jumps out is their absolutely stunning design, particularly the ash finish of our review samples. Standing at over a metre high, the floor-standing fronts are magnificent beasts, sporting an elegant round-shaped cabinet to improve rigidity and eliminate unwanted sound from enclosure diffraction, plus there’s a sturdy metallic base fitted with spikes to aid stability. A particularly nice touch are the magnetic baffle boards, which do away with pins and screws to further eliminate unwanted rattling.

The centre speaker shares the flawless rounded construction of the fronts, and sits snugly in a supplied black stand, while the bookshelf-style surrounds can be mounted on optional CP-81B stands. As for the S-81W-MK powered sub, it’s a downward-firing, closed design with a power output of 300W and is finished in matt black with cubic silver feet. But while it’s undoubtedly stylish, the funky, modern look feels incongruous with the more classic look of the ash-finished speakers and feels like it’s from a different range entirely – it’s much better suited to the gloss black finish.

On the back of the sub you’ll find individual dials for volume and crossover, the latter ranging from 50Hz up to 200Hz, as well as controls that allow you to bypass the amplifier’s filter, flip the phase by 180 degrees, select different bass modes (cinema or music) and activate auto standby, which shuts the power off when a signal can’t be detected. Below these you’ll find a line input and output.


The S-81 fronts support bi-amping and sport two pairs of binding posts on the back. The speakers are modelled on Pioneer’s EX Series reference speakers and feature a 2.5cm metal dome tweeter, which is mounted in the centre of the midrange driver and allows the sound to be precisely controlled at all frequencies, as well as ensuring that all sounds arrive at the listening position at the same time. 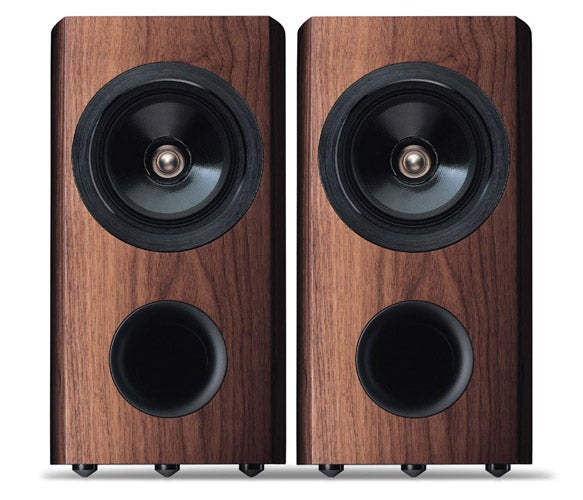 
But enough of the science stuff, what are they like in action? In short, phenomenal. Right from the opening scenes of ”Iron Man” on Blu-ray, you’re left with no doubt that these speakers mean business. As the Army convoy makes its way through the barren wasteland of Afghanistan, the speakers rip into the sudden explosion with relish, mustering a huge, foundation-shaking boom but harnessing the power with the sort of control and poise that you only get from top-quality speakers like these.


ABD and AFAST certainly appear to be doing a fantastic job too, as the bass output isn’t flabby or imprecise but punchy and solid, and integrates beautifully with the midrange frequencies to make the soundstage wonderfully coherent.


Other action-packed scenes, such as Tony Stark’s escape from the cave, sound potent and dynamic, with the front channels dispersing sharp gunfire effects and crashes with plenty of attack and not a hint of harshness at the top-end.


The rears join in gamely, flinging surround effects into the soundstage with illuminating clarity and pin-sharp precision, while the centre channel also displays terrific verbal dexterity, conveying Stark’s wry dialogue with a clear, natural tone, even when there’s a cacophony of noise surrounding it.

On the whole this is a system that you can get completely lost in, thanks to its innate warmth and sophistication, and we really can’t find anything to fault from a performance perspective – everything just clicks, and the interplay between the tonally-matched speakers is mesmerising. If pushed, we’d concede that it doesn’t quite attack film soundtracks with the same ruthlessness as the THX-certified Teufel System 9, but it doesn’t stop the Pioneer’s performance being anything less than sublime.

But some of the credit should go to the VSX-LX51 receiver driving it, which provides the ideal raw materials the S-81s need to deliver this knock-out performance and as a result proves itself to be a worthy partner.


The S-81’s music performance is just as assured as its film handling and demonstrates many of the same qualities – a smoothness of tone, a fast, rhythmic delivery and plenty of detail. The fronts’ wide frequency range enables it to convey punchy kick drums and delicate hi-hats in one fell swoop without batting an eyelid, and they sound astonishingly bassy even with the sub switched off.


The S-81 is a magnificent speaker system that continues Pioneer’s rich vein of form after the VSX-LX51, BDP-51FD and BDP-LX71. The sound on offer is sensational with films and music, plus they’re beautifully constructed and mightily attractive (even if the sub doesn’t really match). Pioneer, keep up the good work.