While we wait breathlessly for the hugely impressive-looking 8th generation of Pioneer’s plasma TVs to arrive in the summer, the brand has a rather tantalising ‘little’ something up its sleeve to wave off generation seven: the 60in PDP-607XD.

And yes, we really did say 60in. For Pioneer has finally answered our prayers and blasted through its self-imposed 50in barrier for the first time on a domestic plasma TV. Seriously, if this monster can retain the same sort of image quality found on Pioneer’s smaller screens, we’re going to be very happy – if rather bankrupt – bunnies indeed.


First impressions bode well, as we find the 607XD sporting the same glamorous, high gloss, ultra-minimalist finish as the smaller sets in the 07 range. If you thought 60in of telly parked in the corner of your room – or on a wall – had to look ugly, think again. 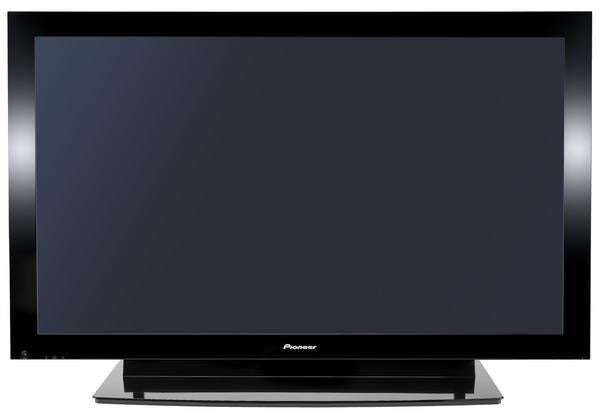 You should note, though, that the 607XD doesn’t ship with speakers included; Pioneer clearly anticipates that anyone buying a screen of such magnitude and cost will be running it alongside a separate home cinema audio system. But if you do want a pair of speakers designed to accompany the TV, Pioneer does sell them for around £250. For the sake of completeness, we made sure the model we tested came with these speakers included.


And then there’s the RS232 control port. Often we don’t bother mentioning these as they’re seldom of much interest to anyone other than a custom installer. But in the 607XD’s case the RS232 can also be used by an engineer from the Imaging Science Foundation (ISF) to precisely calibrate the TV’s settings to best suit your room characteristics. Cool, eh?

A few minutes spent surveying all the 607XD specifications is enough to assure us that thankfully the new, larger screen size hasn’t prevented Pioneer from deploying all the tried and tested software and design elements that have helped make its smaller plasmas so special. For instance, you still get the Deep Waffle Rib structure around the plasma pixels to reduce cross-pixel light and colour contamination. Then there’s Pioneer’s proprietary Crystal Emissive Layer, which radically improves the stability of light discharge from the plasma pixels to deliver, says Pioneer, purer colours, better black levels and enhanced sharpness.


Pioneer’s Direct Colour Filter 2, meanwhile, replaces the traditional heavy glass layer in a plasma screen with a much thinner, lighter filter arrangement that does away with the secondary offset image you can sometimes see while watching normal plasma glass from an angle. 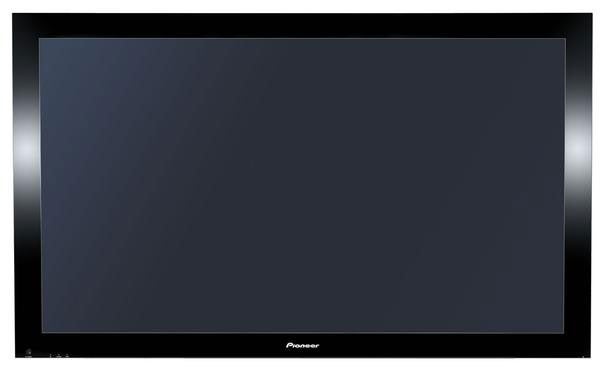 As well as all these extensive ‘backroom’ shenanigans, the 607XD sports tweaks galore in its tidy onscreen menus. Highlights include an MPEG noise reduction circuit for tidying up digital broadcasts, extensive colour management, the facility to switch the image between 75 and 100Hz processing, and colour transient improvement.


One final plus of the 607XD well worth mentioning is the compatibility of its HDMIs with the 1080/24p format now becoming interesting since its arrival on high-end Blu-ray and HD DVD players. This format is supposed to deliver the purest image possible from the source discs, yet it’s still only supported by a handful of other screens.


Please note, however, that rather strangely the 607XD’s HDMIs don’t support the more common 1080p/50/60Hz formats.


One other slight disappointment is the fact that the screen’s resolution is a 1365×768 affair rather than the full HD we might have hoped for at such a screen size. There again, had Pioneer put a full HD, 1,920 x 1,080 pixel count into the 607XD, you can rest assured that you wouldn’t be looking at a price under £5k…

Concerns that stepping up a whole 10in from any flat TV Pioneer has done before might lead to picture quality problems are quickly and dramatically quashed by the 607XD. For if anything we found the extra screen inches emphasised Pioneer’s image strengths rather than highlighting weaknesses.


Usually one strength in a picture catches our eye ahead of any others, but that’s not the case here, as various image facets vie for our attention. Black levels, for instance, our outstanding for a screen of this prodigious size. Especially when it comes to the amount of subtle shadow detail information the set manages to render while still avoiding the tell-tale greyness in dark areas that gives away lesser flat TVs. This means, for instance, that Alien becomes even more intense an experience than usual, as you find your eye drawn into every dark nook and cranny in search of the elusive xenomorph.


Partly because of the depth of the 607XD’s black levels and partly because of what’s an unusually high brightness output for such a large plasma screen, colours look superbly rich and well saturated. The vivid hues during the Barbados scenes on the Casino Royale Blu-ray transfer are suitably vibrant and inviting, while the rich gardenscape of Viva Pinata on the Xbox 360 is even more addictively appealing than ever. 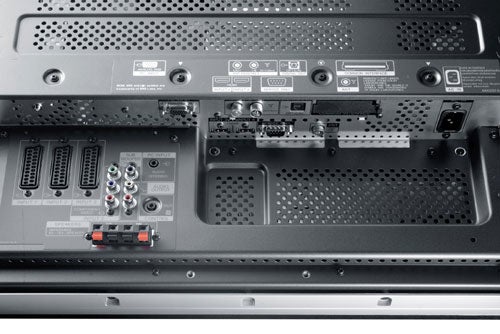 It’s important to add here, though, that the 607XD can do subtle as well as vivid in colour terms, holding onto realistic skin tones even during infamously tricky-to-render sequences like the Mines of Morir on The Fellowship of the Ring.


Also winning plaudits is the 607XD’s sharpness – even without a full HD resolution. Fine detail levels with HD sources are acute, proving once again that the bigger a good screen gets, the more eye-catching the benefits of HD really are. But implicit within the screen’s obvious HD sharpness are the facts that a) its image processing does its stuff without generating seemingly any nasty side effects, b) motion is presented without the sort of resolution loss seen with LCD screens or the sort of dotting noise seen with weaker plasma screens; and c) noise of all types is impressively suppressed.


Adding to all the picture glories we’ve described is a suitably awesome performance from the optional extra speakers, which deliver almost hi-fi levels of clarity, power and frequency range and make the speakers built into many TVs sound like two tin cans and a bit of string.


If really pushed, we could come up with one or two areas where the 607XD’s pictures could be better still. For instance, while black levels are excellent, they’re not quite as richly deep as those of Panasonic’s current plasma generation. Also one or two issues (arguably inevitably) raise their heads while watching standard definition, namely a fairly noticeable step up in video noise levels, and the sudden appearance of a slightly unnatural hue to greens.


We guess that unless you’ve got a truly huge living room so that you don’t have to sit too close to the screen, the 607XD’s tiny standard definition problems might – though probably shouldn’t – put you off it as a direct replacement for a family TV. But as a high definition monitor for a plush home cinema room, it’s as good as it gets. At least until those 8th gen screens get here…