You’ve got to admire Pioneer’s stubbornness. For while every other traditional plasma supporter in town – even die-hards like Panasonic and Fujitsu – now produces LCD screens as well, Pioneer is sticking doggedly to its 100 per cent plasma guns. Only last week on a visit to Pioneer in Japan the powers that be reiterated the fact that they simply don’t see LCD as a true home cinema option, and have no roadmap for introduce LCD somewhere down the line.


Of course, such purity of vision would fall rather flat if Pioneer didn’t have the products to back its fine words up. But thankfully every previous Pioneer plasma we’ve reviewed has convinced us of the plasma cause with ease. Still, with other plasma and, dare we say it, LCD screens coming on leaps and bounds over recent months, we can’t help but wonder if Pioneer’s latest plasma generation can remain ahead of the pack. 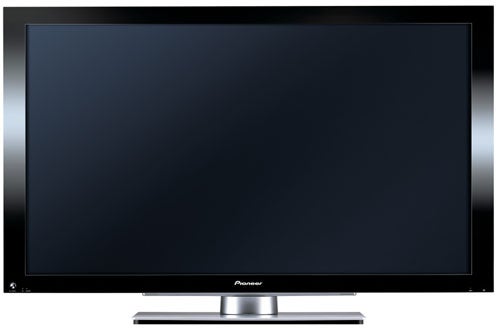 At the top of the new range (until a 63in model arrives early next year) sits the PDP-507XD: a 50in model boasting all of Pioneer’s tried and trusted plasma innovations, plus a few new tricks thrown in for good measure.


These tricks kick off with an improved take on Pioneer’s trusty Intelligent DRE processing system, which is claimed to enhance sharpness, brightness and contrast levels. Then there’s a brand new set of Intelligent Colour algorithms, aimed at delivering more subtle and therefore realistic colour shading; an improved version of Pioneer’s revolutionary Direct Colour Filter panel design, which does away with the ‘secondary offset image’ visible on standard plasma TVs if you watch them from the side; and improvements to the screen’s phosphors reckoned to make the 507XD’s colour spectrum around nine per cent wider than that of its predecessors.


It’s worth reminding you that these improvements come on top of two key Pioneer innovations we’ve seen before. First there’s the Deep Waffle Rib design of the plasma chamber array, which increases the height of the plasma chamber ‘walls’ so there’s less light and colour contamination between neighbouring pixels. Second there’s Pioneer’s patented Crystal Emissive Layer, which improves the efficiency of each cell’s discharge cycle to deliver radical contrast and brightness improvements.

Getting the 507XD set up is pretty much as simple or complex as you want it to be. Technophobes can just select an appropriate video preset and that’s it. But for the more adventurous of you a lengthy set of onscreen menu options gives you control of almost every element of the set’s pictures. And if you really want to push the boat out, the screen even carries the facility to have its images calibrated to perfectly suit your viewing environment by a professional Imaging Science Foundation (ISF) representative.


The home for all this high-falutin’ stuff is a deeply attractive one. Its use of a gloss black bezel is hardly original, perhaps, but the approach is so minimal and the build quality so impressive that it really stands out from the crowd. 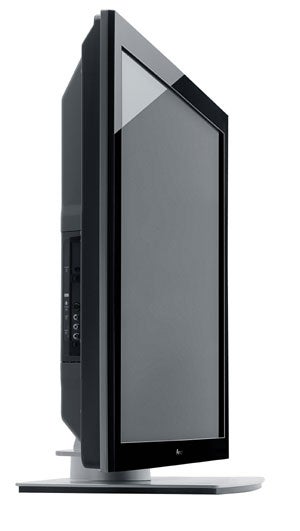 Connectivity is extremely impressive, too, including as it does twin HDMIs, component video jacks, a D-Sub PC port, a subwoofer line out, three Scarts, and two jacks there to support a built-in digital (Freeview) tuner: a Common Interface slot for adding subscription TV cards, and a digital audio output for piping potential Freeview Dolby Digital 5.1 audio tracks to an AV receiver.


The only slight disappointment at this stage is the inability of the HDMIs to accept 1080p signals at 50 or 60Hz. This means they won’t take pictures from a 1080p upscaling DVD player. However, unlike most rival TVs, the 507XD’s HDMIs take 1080p/24 – the purest form of 1080p output delivered from one or two upcoming high-end Blu-ray players. Including Pioneer’s, of course!


We had our doubts as we started testing the 507XD about whether Pioneer’s 7th generation of plasma TVs could really improve over the might of gen six. But the 507XD is clearly better than anything Pioneer has done before.

Particularly jaw-dropping is the advance Pioneer has made with colour reproduction. For instance, famously tricky scenes for colour, such as Robert Downey Jr’s walk around a Hollywood party complete with fish-tanks and ‘artistic dancers’ in Kiss Kiss, Bang Bang (shame the film is so awful – ed.), the range and naturalism of the 507XD’s palette is quite dazzling, delivering subtleties of tone and blend simply not witnessed before on a flat TV.


Furthermore, as quality time spent in the company of the Xbox 360’s Viva Pinata proves, this new-found colour finesse comes on top of the same excellent vibrancy and fulsome saturations introduced with Pioneer’s 6th-gen screens. 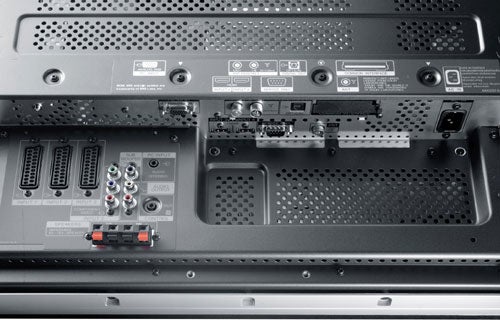 When we saw Pioneer’s 6th-gen screens, we thought they were practically devoid of video noise. Turns out we were wrong, for while they might still compare favourably in the noise department with the pictures from just about every rival’s 50in plasma screens, they look almost rough compared with the utterly pristine, rock solid images delivered by the 507XD.


This arguably marks the end of the improvements that the 507XD delivers over Pioneer’s 6th-gen screens. But let’s not forget that as well as being significant in themselves, they also join the myriad strengths – such as outstanding sharpness and fine detailing, wide viewing angles, and well-scaled standard definition sources – that made the gen-six screens pretty much state of the art when they appeared earlier this year.


Moving on to the 507XD’s audio, the optional speakers Pioneer makes for the screen are pretty much as outstanding as its pictures. The purity, dynamism and frequency range they produce, even during a raucous action scene like the fight with the T-Rexes in Peter Jackson’s King Kong, wouldn’t sound out of place on a separates system.


With LCD doing a frighteningly good job of winning over consumer hearts and minds, Pioneer has arguably never needed a truly outstanding plasma TV more than it needs one right now. Just as well, then, that it has delivered the goods in emphatic fashion with the 507XD: a genuine contender for the title of ‘finest mainstream flat TV ever’, and nothing short of a steal at its current £2,033 (£2,349 with stand and speakers) asking price.