Finding the ideal home cinema sound system to match your swanky new flat-panel TV can be a tricky task given the amount of different styles and designs on the market. But if you own one of Pioneer’s delectable Kuro plasma sets, then that decision is about to get a lot easier.

Pioneer’s LX01 system is designed to compliment the company’s latest plasma range both aesthetically and technologically. It’s made up of a combined DVD/HDD recorder, a large 400W subwoofer/receiver unit and four omni-directional speakers (two combined front/centre speakers and two rears) each of which has a distinctive ‘3D’ shape that helps them output sound in every direction. There’s also a neat little display unit that links to the recorder and receives commands from the remote, allowing you to hide the other components out of sight. Not that you’d want to, mind – the whole system is dressed in a sleek piano black finish that makes it look absolutely gorgeous, but in a high-end, esoteric sort of way. Stunning.

But the LX01’s looks are only a small part of what makes it so special. It’s packed with an astonishing array of features that make this a candidate for the ultimate home cinema system. The main unit is a combined DVD/HDD recorder, fitted with a 250GB hard-disk that holds up to 711 hours of TV, and a built-in DVB-T tuner. The hard-disk gives you the flexibility to pause live TV and simultaneously watch and record programmes, but the deck can also record onto every DVD format you can think of. 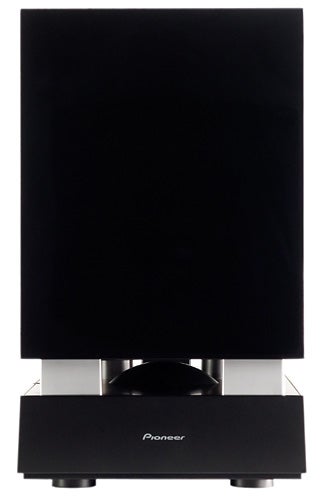 You can also transfer MP3, WMA and JPEG files to the hard-disk and use the LX01 as a media jukebox. The files can be copied from disc or transferred from a flash memory device or PC running WMP10 connected to the front-mounted USB port. What’s more, you can slip a CD in the tray and rip tracks to the hard-disk in lossless LPCM quality at up to 16 times the normal speed, and the inclusion of the Gracenote CDDB database means that track, artist and album title information are added automatically. The system also plays back DivX files from CD or USB, but sadly there’s no support for DVD-Audio or SACD, which is unusual considering the system does everything else.


Also on board is a choice of two 7-day EPGs – Guide Plus and the regular Freeview version – which lets you choose how you surf for something to watch (though we recommend the more intuitive Freeview version). There are seven recording presets on board which let you alter the quality to fit more recordings in the available space, and these are backed up by 32-step manual modes, giving you a great deal of control over the quality of your recordings.

Inside the subwoofer/receiver is an equally impressive range of audio features, chief among which is its ability to decode Dolby True HD and DTS HD Master Audio soundtracks, allowing you to hook up a Blu-ray or HD DVD deck and enjoy hi-res movie sound. Needless to say it’ll also decode Dolby Digital, Dolby Digital Plus and DTS, plus it offers Dolby Pro Logic II and DTS NEO:6 processing for stereo sources.

This DVD/HDD unit features a fairly limited set of connections, including an HDMI port with 720p, 1080i and 1080p video output, two SCARTs (both RGB-enabled, which means you can record in the best-possible quality) and two sets of RF inputs/outputs for the digital and analogue tuners. The front sports two USB ports (one of which is a type B connection for connecting a printer) and a DV input for dubbing camcorder footage in pristine quality.


On the subwoofer you’ll find three HDMI inputs and one output, plus analogue stereo and two optical digital inputs for feeding in external sound sources. The main unit links to the sub with a single system cable, while the colour-coded speaker wires plug directly into the sub. Meanwhile, the display unit, which connects to the subwoofer using two different control cables, features a socket for connecting an iPod dock and a 3.5mm minijack input for other MP3 players. 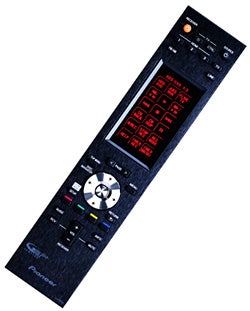 Because of its many features and unusual design, the LX01 is more complicated to setup and use than your average all-in-one. The whole system is controlled using one universal remote, which features a backlit touchscreen control panel with different layouts for the various functions. It’s bigger, heavier and more complex than most remotes, but its clever layout means you can master it quite quickly.


Configuring the system is made easy by MCACC, an automatic sound calibration mode that sets the channel levels, delay and other parameters using a microphone and series of noises emitted from the speakers. It takes a while to complete but it’s hugely convenient and the results are spot-on. The onscreen menus are up to Pioneer’s usual high standards, and are still among the most logical, intuitive and attractive we’ve encountered. 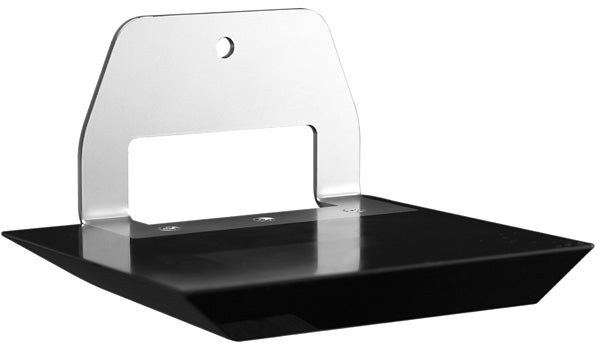 The system’s sound quality is immense. We tried it out with the 5.1-channel Dolby Digital soundtrack on the ”Armageddon” DVD, and the force and intensity with which it delivers the big action sequences is unbelievable. But amid the crashes and bangs, it displays enough sensitivity to convey dialogue clearly and pick out subtle effects.


The omni-directional aspect of the satellite speakers works extremely well, competently placing dialogue in the hole where a centre speaker would normally be. Surround effects are also sharp, smoothly steered and diffuse beautifully into the room, meaning that all of the channels gel together nicely into one coherent whole. It’s topped off by a rousing performance from the dual-drive subs, which deliver rich and tightly controlled bass that adds beef where needed without compromising the clarity of the other channels.

We rigged up the Sony BDP-S500 Blu-ray deck to the system’s HDMI input to test the Dolby True HD performance, and were blown away by its reproduction of ”Spider-Man 3”. The extra sonic detail can be clearly heard in the scene where Mary Jane sings on Broadway – the strings and vocals sound crisper and silkier than ever, and even the most subtle effects are reproduced with crystal clear sharpness, demonstrating the benefits of this marvellous new format. 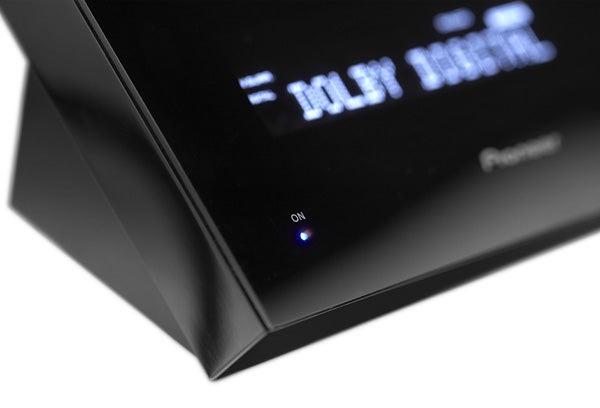 Multi-channel performance gets a clean bill of health then, but a blast of Portishead’s ”Dummy” reveals the LX01 also has a real talent with stereo music, making this album sound more dark and atmospheric than ever.


Just like Pioneer’s standalone DVD/HDD recorders, the quality of recordings is flawless. Presented with a range of bright and garish daytime TV shows (recorded onto the hard-disk in XP mode), the deck reproduces the strong colours with consummate ease and a complete lack of block noise. Picture quality remains superb until you drop the recording mode to LP or lower, when the lower bitrate makes the image look fuzzy and fast-moving objects look untidy – but if you don’t over-scrutinise the image then these lower-quality modes are perfectly watchable. 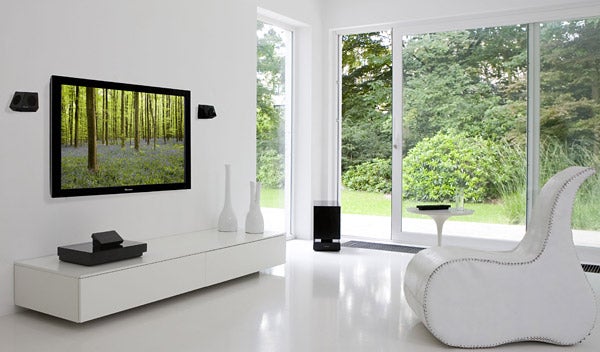 And the good work continues with DVD playback. ”Armageddon” looks punchy, full of detail and free from noise, even during the tricky dark scenes on the asteroid. There are no discernable flaws or problems with the 1080p upscaling, resulting in DVD pictures that aren’t far off hi-def in terms of sharpness.


The system’s performance as a media hub is also faultless. DivX, MP3, WMA and JPEGs play from disc, HDD and USB with no stuttering, while tracks ripped in LPCM sound every bit as good as the original CDs. Our only complaint is that you can’t select individual tracks to rip – it’s the whole album or nothing.


We’ve got nothing but praise for the LX01 system, which delivers a dizzying array of features and sensational performance – all wrapped up in a stylishly low-key design that makes it the perfect match for Pioneer’s Kuro plasmas. We would have been even more impressed had the price tag been lower (it’s not called a premium home cinema system for nothing) but even at this lofty price point we think the LX01 does enough to stop you feeling short-changed.