The BDP-160’s main selling point is its support for smartphones and other mobile devices through its Wi-Fi connection, allowing you to play music and video files from your device on your TV or sound system.

You can do this in the usual way by going through your home network – the player is DLNA certified and geared up for streaming from PCs, NAS drives and other devices – but thanks to its Wi-Fi Direct feature you can bypass your network and beam files to the player directly. There’s nothing particularly new about this, but it’s nice to see Pioneer so wholeheartedly embracing new tech.

The list of formats supported over a network is lengthy – DivX HD, MKV, MP4, WMV, AVI, 3GP and FLV videos; MP3, WMA, AAC, WAV and APE music files; and JPEG, MPO, PNG and GIF photos. You can also play FLAC files from USB devices connected to either port, and the deck will even play hi-res Super Audio CDs.

Pioneer’s free apps for Android and iOS devices – ControlApp and iControlAV2013 – allow you to operate the player from an iPhone, iPad or Android phone. 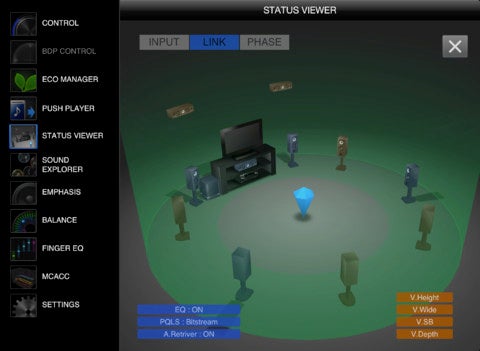 The deck also throws in some token internet content, which is best seen as a welcome bonus rather than an attempt to compete with the Smart TV big guns like Samsung and Sony. On offer here is YouTube and Picasa, which is great for quick access to funny video clips and friends’ photos but if you want to catch up on The White Queen then it’s best to look elsewhere.

But the deck does support the new YouTube ‘Send To TV’ feature, which is part of the YouTube app for Android and iOS devices. It allows you to send YouTube videos from your device to the BDP-160 for viewing on your TV.

When watching streamed video from YouTube or DLNA media servers, the Stream Smoother Link feature aims to improve picture quality, but the BDP-160 has to be connected to a similarly compatible Pioneer AV receiver to get the benefit. The same applies to Sound Retriever Link, which aims to enhance compressed music playback.

Getting the player up and running out the box is easy thanks to Setup Navigator, which runs through the basics like onscreen language, HDMI output resolution and aspect ratio, although it would have been helpful to include Wi-Fi connection as part of this as it’s buried in the Network menu. When you find it, the deck performs a quick scan for access points and lets you enter encryption passwords with a responsive onscreen keypad.

Like the deck’s exterior, the onscreen design is understated and moody – every screen is sparsely arranged against a black background, with no bright colours. Some may call it dull, particularly compared with the visual fireworks of the latest Samsungs and Panasonics, but old-school users might prefer this more stripped-back, functional approach.

In the Home menu, a panel on the left houses the options, which are illustrated by a monochrome graphic on the right. Here you’ll find the Home Media Gallery, which is where you’ll find content stored on any connected device, be it USB, disc or DLNA. Again the lists are quite basic and clunky, but at least the logical structure and legible text make it easy to follow. When you find your desired file, the player switches to a full-screen display with centrally placed cover art surrounded by any available metadata.

During playback you can access disc information by pressing the Display button, which places a banner at the top of the screen. You can also create your own resume point by pressing the Continued button, which is memorised even if you put the deck into standby. This is very handy for discs that don’t otherwise support resume.

The remote has a rather cheap and plasticky feel but the button arrangement is excellent. Every button is clearly labelled, the direction pad and related keys are is conveniently placed and there are dedicated buttons that take you directly nearly all of the main features, including YouTube, Home menu and the Home Media Gallery. 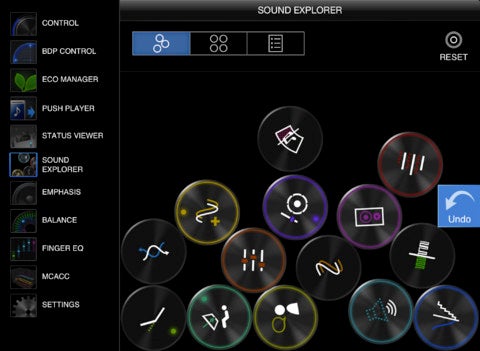 But Pioneer’s control apps are even better, using a stylish yet intuitive design that gives you control over virtually every aspect of the player. You can easily browse files and control Blu-ray playback. In fact we generally found the BDP-160’s interaction with tablets and networked devices completely hassle free – only the lacklustre menu system sullied the experience slightly.