The BDP-150 is the cheaper little brother of the BDP-450, a Blu-ray player aimed at those more interested in movie playback and build quality than flashy web portals and fitness apps. This version strips away a few of the BDP-450’s features, allowing budget buyers to sample Pioneer’s hi-def video prowess.

At 58mm high, the deck itself is much slimmer than the 90mm BDP-450 and build quality isn’t quite up to the same standard, with a front panel made of plastic as opposed to aluminium. But despite that, it’s a tastefully designed deck in the classic Pioneer style, with a brushed finish and a low button count on the fascia. In the centre sits an LED display panel and the disc tray, plus there’s a USB port for media playback from storage devices.

The rear panel is markedly different to that of the BDP-450. The step-up model houses two HDMI ports – which let you send video and audio signals separately to a TV and receiver – but here you get a single HDMI output. Thankfully it’s specified as v1.4, which means the BDP-150 can output 3D signals to a compatible TV. Elsewhere, the BDP-150 actually offers sockets not found on its step-up sibling, including composite and analogue stereo outputs – sockets we presume Pioneer thought high-end buyers simply wouldn’t need. The line-up is completed by a coaxial digital audio output, an Ethernet port and a second USB port.

As well as providing a second port for media playback and BD Live storage, this rear USB port has another function – housing Pioneer’s optional Wi-Fi dongle. The lack of built-in Wi-Fi is possibly the deck’s biggest disappointment, given that most big-name Blu-ray players at this price provide it, plus Pioneer’s optional Wi-Fi dongle (AS-WL300) will set you back around £50, which isn’t exactly peanuts.

If that’s too much of a stretch you can simply connect to your router via Ethernet, a messier but potentially more reliable connection. It’s worth doing one way or another, as BD Live content can be worth a watch plus you can access YouTube, Picasa and Netflix through the player. It’s a limited selection with no catch-up TV services like BBC iPlayer, but YouTube and Netflix should offer something worth watching.

The other main benefit of the web connection is that you can stream your own video, music and photo files from networked servers, such as NAS drives, PCs and smartphones. Alternatively you can play media from USB sticks and hard drives hooked up to the front or back USB ports. Pioneer’s long running reputation for universal format support ensures a impressive list of compatible files – DivX HD, WMV, AVCHD, AVI, MKV, MP3, WMA, AAC, FLAC, 3GP, FLV, JPEG, not to mention Super Audio CD, DVD and CD. It’s also well versed in HD audio, as it can pipe Dolby True HD, DTS HD Master Audio, DTS HD and Dolby Digital Plus to an AV receiver in bitstream form, or as multichannel PCM. 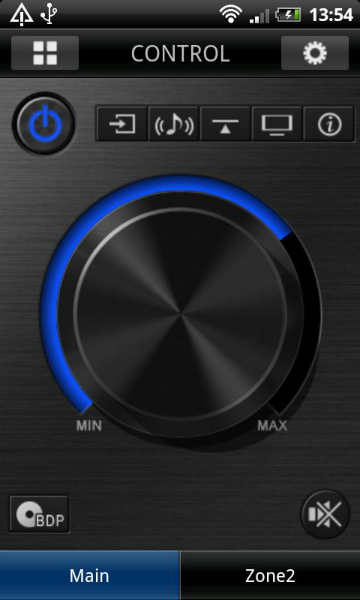 There’s more to get your teeth into – Sound Retriever Link boosts the quality of compressed music playback on compatible Pioneer receivers, Stream Smoother reduces picture artefacts when watching low-bitrate videos, while the catchily-titled iControlAV2012 app lets you operate the deck from your smartphone or table (Apple or Android).